Some Kind of Thursday

It's Thursday again. I am not surly today. Neither am I serene. On the May long week-end (Canadian), Ottawa was hit by a derecho, a term I had never heard before and would happily never hear again. Defined as "a line of intense, widespread, and fast-moving windstorms and sometimes thunderstorms that moves across a great distance and is characterized by damaging winds", it was an extremely violent and destructive event that took down a ton of trees, caused a lot of property damage and had some people powerless for ten days. We got off pretty easy, which we appreciated extra because we were sick with Covid at the time.

For the last couple of days the environmental news was full of dire forecasts for today, including a tornado watch. I think we all have a touch of PTSD, and I think this precipitated a small-scale but significant mental health crisis for me. I knew rationally that it was better for us to know, that we should just do what we could to prepare and then let the funnel clouds fall where they may, but I was extremely anxious and on-edge all day. As it happened, we got nothing but a heavy downpour and some thunder and lightning both at school and at my house. I'm grateful for this, of course, but also exhausted and kind of weepy.

Eve and I are going to Hamilton tomorrow to spend the week-end visiting friends, including my/her professor and her daughter and grandkids and some of Eve's classmates, and bringing some stuff to her house for next year and starting to fix up her room. Matt is going Mexico for work on Saturday for the week. Angus left on Tuesday for a baseball trip with six college friends, culminating in a night in the house where they filmed Field of Dreams, which was one of his friends' grad gift. It's all good, but a lot of moving parts, and my covid-recovering brain is slow-moving and I think that just added to the anxiety, trying to remember where all of my family members are and are going to be. In one funny-very-nearly-not-funny turn of events, Matt was packing the car for us and opened the center console and found all of our passports still in it from when we went down to Angus's graduation. Eve and I separately heard him say this and went "yeah? So? OH MY GOD", realizing we were about to blithely drive off tomorrow with the passport he needs to fly to Mexico the day after. Whew.

And oh yeah, Angus graduated! We were extremely happy, of course, that there was going to be a graduation and that we could get across the border for it, but we were still recovering and not quite sure how everything was going to go. It was a really fun week-end. Everyone else in residence had moved out the week before and the previous week had been nothing but senior activities, many involving alcohol. Friday night was a booze cruise and then a party at a house one of the baseball parents had rented.  Saturday Angus showed up at the hotel to have lunch with us, walked out the door and started to cross the parking lot to the Red Robin and then realized he was too hungover. We found this absolutely hilarious and gave him our room key so he could go have a nap instead. I did take a picture of his shame, though. 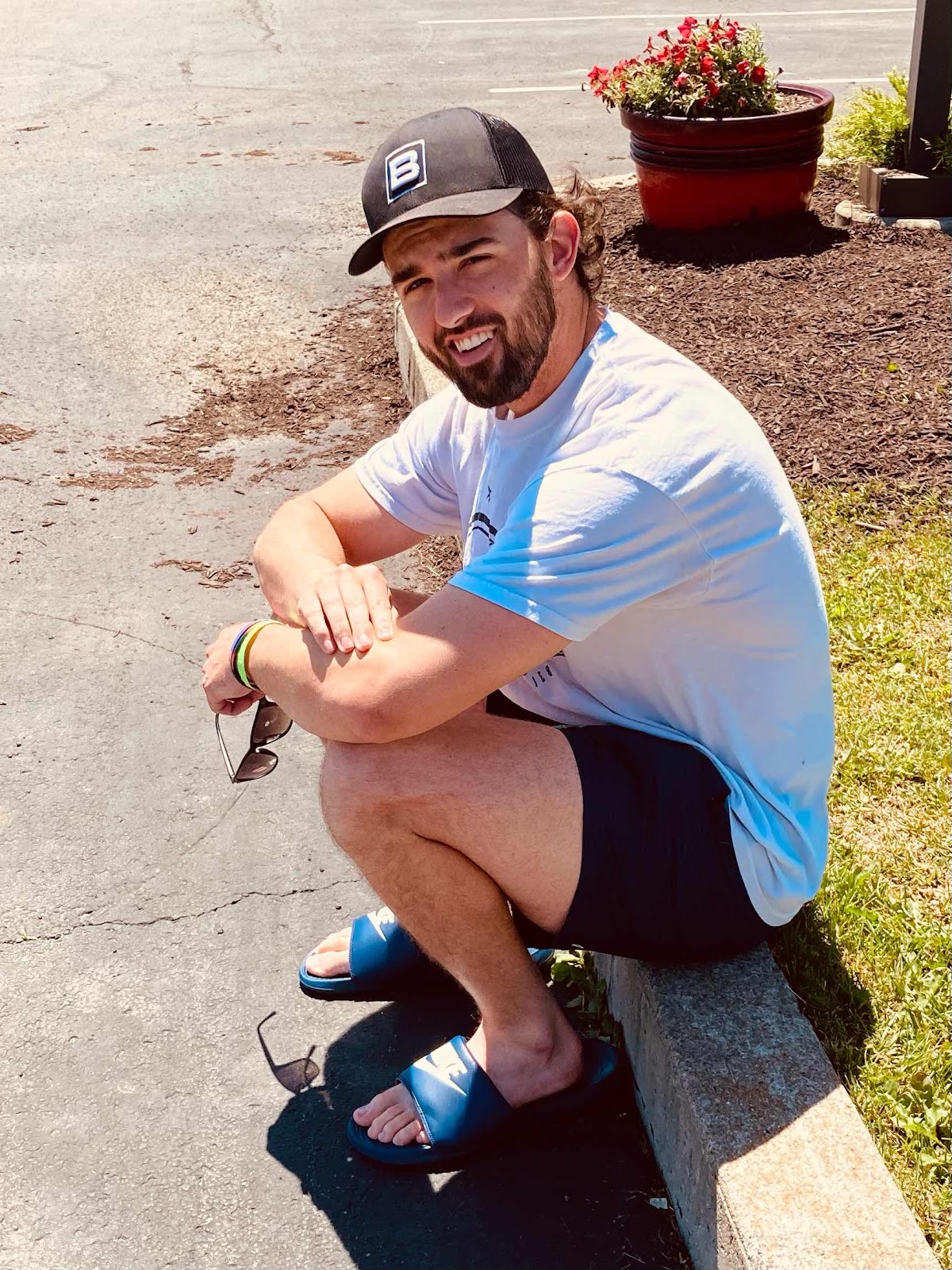 If he hadn't been on the baseball team we probably would have kind of been at loose ends, so in this case the baseball relationships were a really nice thing to have. Someone's parents were staying at an AirBnB above a restaurant that had an outdoor area and a little garage-type party room, so we gathered there in the afternoon. Angus was recovered, but his friend whose parents had flown in from California was down for the count until after dinner. They had all missed rehearsal, so we told them to find someone who had been sober to follow the next day. Angus said he wasn't going to drink anymore, but then somehow everyone ended up doing homemade limoncello shots. 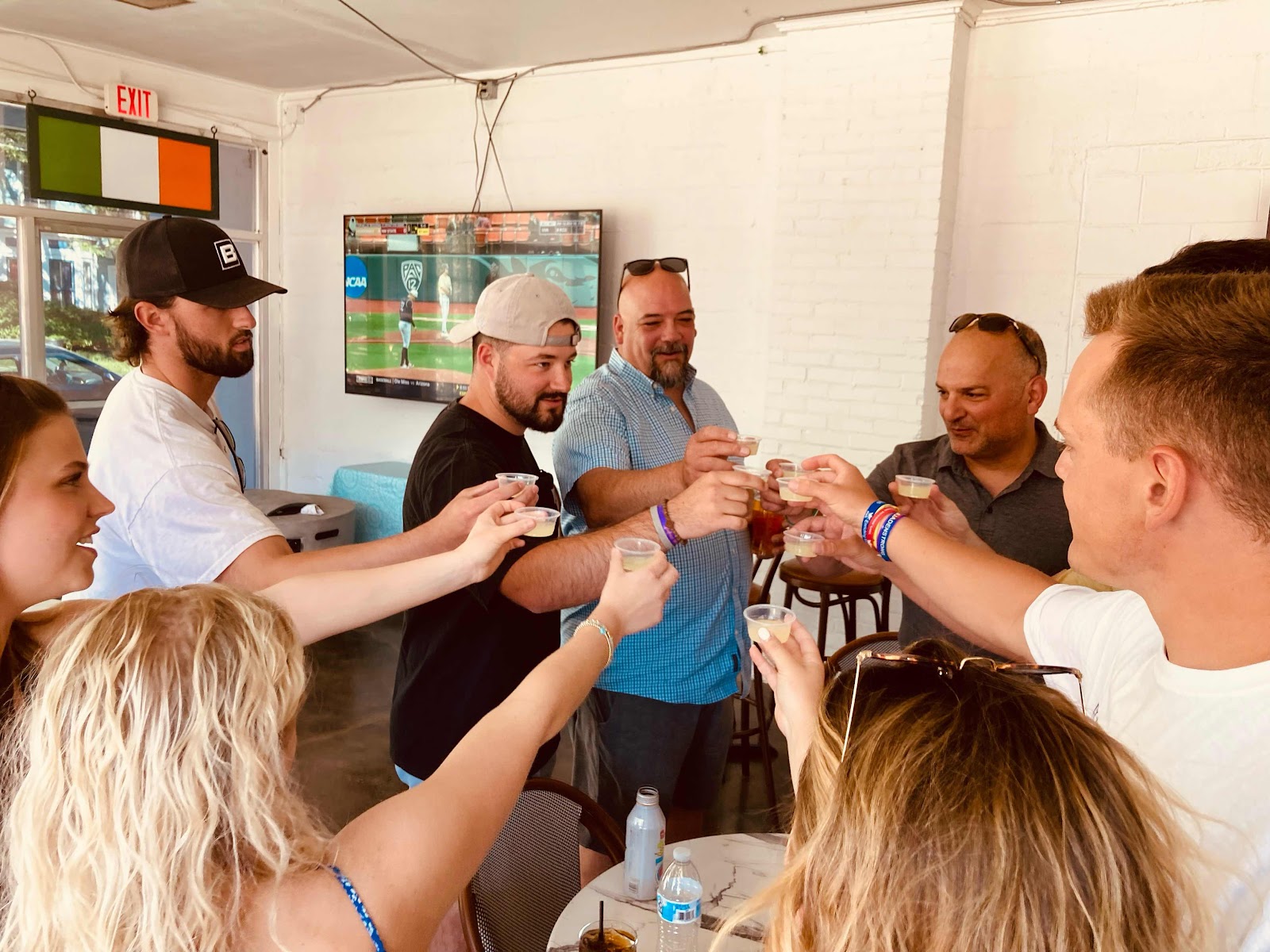 We got one final picture with Angus and Jack, who we called Fake Angus for the first two years because they were the only two freshmen with full beards and when their hair was the same length they were indistinguishable on the baseball diamond - we had to tell my mom to stop waving at Jack multiple times. 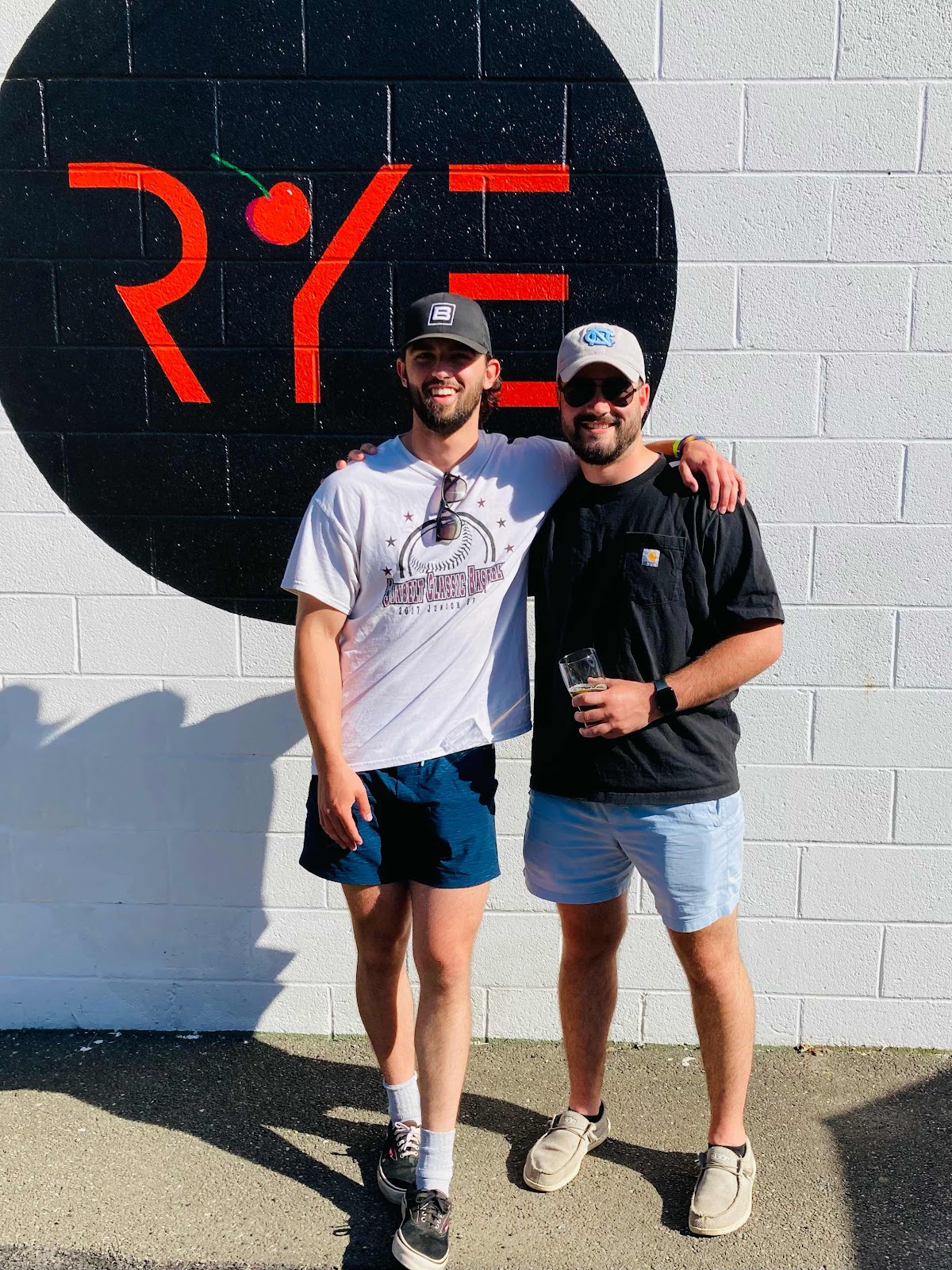 Everyone made it to commencement on time, and the ceremony was lovely. It was outside in a gorgeous space that was too sunny for any amount of sunscreen we could slather on our pasty Canadian skins. Eve got a major tan/burn line quite high on her chest that has hampered her ability to wear low-cut tops since, leading her to profess than she "should have dressed sluttier at Angus's grad".

Angus had to move out of his room right after grad - we went up and grabbed a few things to put in our car, and a couple of high school friends who had driven down to see him graduate helped him load the rest into his car.

StephLove said…
That's a lot going on. Big congrats to Angus! Sorry your mood has been as turbulent as the weather. I hope it's smoother sailing for a while.

We had a derecho ten years ago and lost power for several days: https://allfortheloveofyou.com/derecho/

Do you know half the times you say you're going to Hamilton I think for a second that you're going to see the show? That would be a very different outing. I hope it's a fun trip.
June 17, 2022 at 5:56 AM

Nicole MacPherson said…
I've never heard of a derecho, but this past week we've had All The Rain, which makes flooding a concern. All The Rain was followed by All The Wind, and I've noticed a lot of big branches and fences down.
Congrats to Angus!
June 18, 2022 at 7:48 AM

Ernie said…
Sorry that the weather has been so troubling. Sometimes when I have so much on my mind, I wander around and can't get anything done and I hate that feeling.

Congrats to Angus and hooray for a graduation celebration. It sounds like there was much celebrating. Love the fake-Angus story and the hangover shame picture. College does go by fast. Oh, Eve . . . wishing she'd dressed sluttier at the graduation. And Lucy, OUCH! Hope your trip to Hamilton is enjoyable.
June 19, 2022 at 8:01 PM

Common Household Mom said…
It sounds like you have been through a lot, both weather-related and otherwise. I wouldn't wish a derecho on anyone. Not sure we have had one here, but my brother has been through one, and it was very destructive.

Congratulations to the entire family on the graduation. That is a big accomplishment, even bigger because of the dire times these past few years.

There are so many fun phrases in your write up. I especially appreciate your daughter's conclusion that she "should have dressed sluttier" because of the tan line.
June 20, 2022 at 2:15 PM