Today I'm Blogging Because I WANT To, Not Because I HAVE To

I was a little worried (okay, I was very worried) yesterday that going away and visiting Eve and Zarah, while absolutely lovely, had completely removed my previous energy and desire for cleaning and purging and Christmas decorating. Happily, today I feel quite a bit better. I also remembered something that I almost never remember when I'm home for the day, which is that I should not get up and shower right away, I should get up and wash my face and put on grubby clothes and do some stuff around the house I want to do and then walk Lucy and THEN shower. I was almost as happy that I REMEMBERED this order of operations as I was actually carrying it out.

I realized something last week as I was lying in bed in the morning thinking I should get up and do yoga before showering. I'm still thinking of anything that could be deemed exercise as a chore, even if it's something I like to do. Realizing this doesn't automatically solve the problem, but it's maybe a start? Today while I was walking with Lucy I didn't try to walk as fast as possible to burn the max number of calories. I let her stop and sniff stuff if she wanted to. I tried to appreciate the privilege of walking outside, on my own two (nearly functional) feet, seeing the trees against the sky. 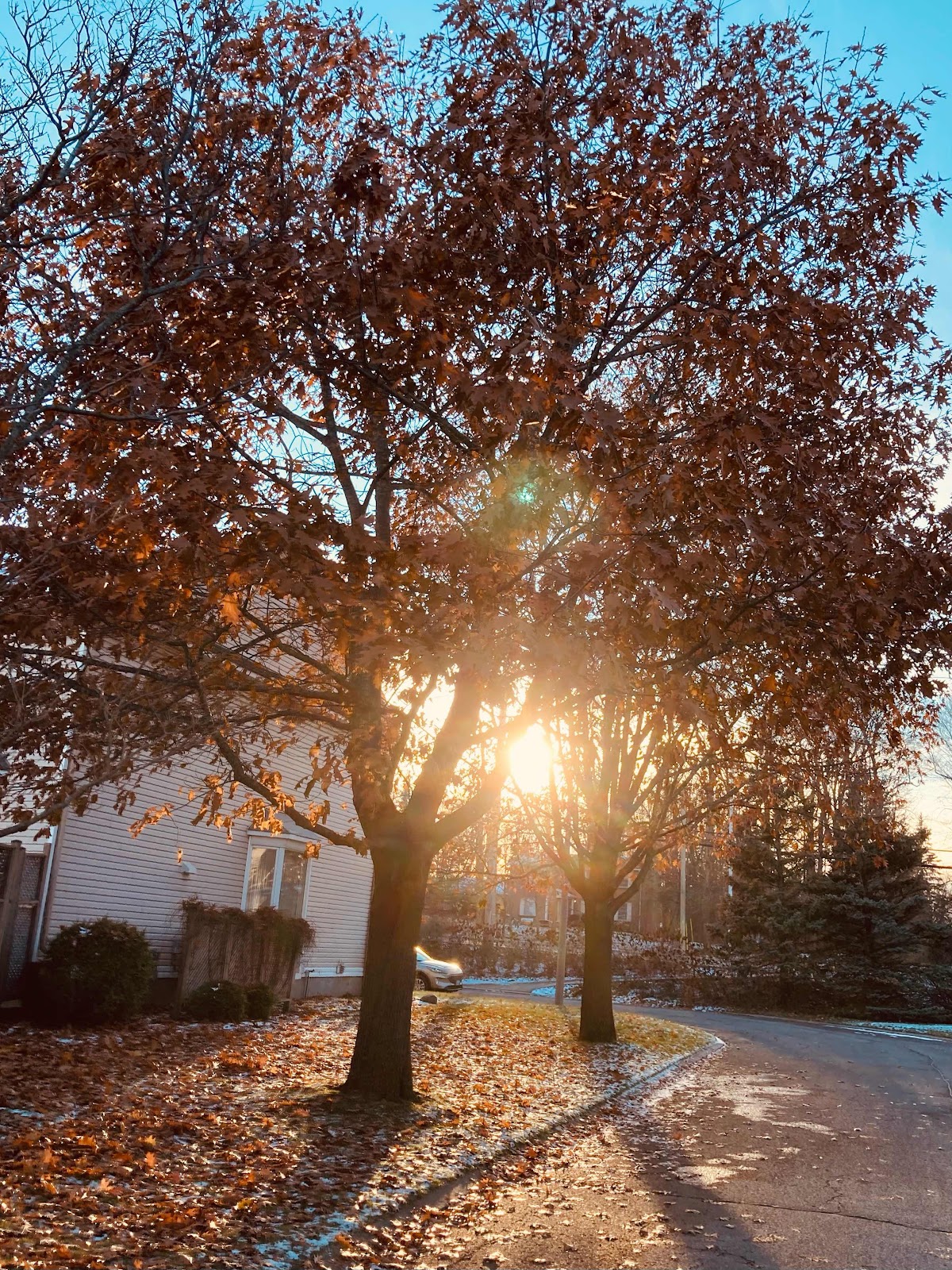 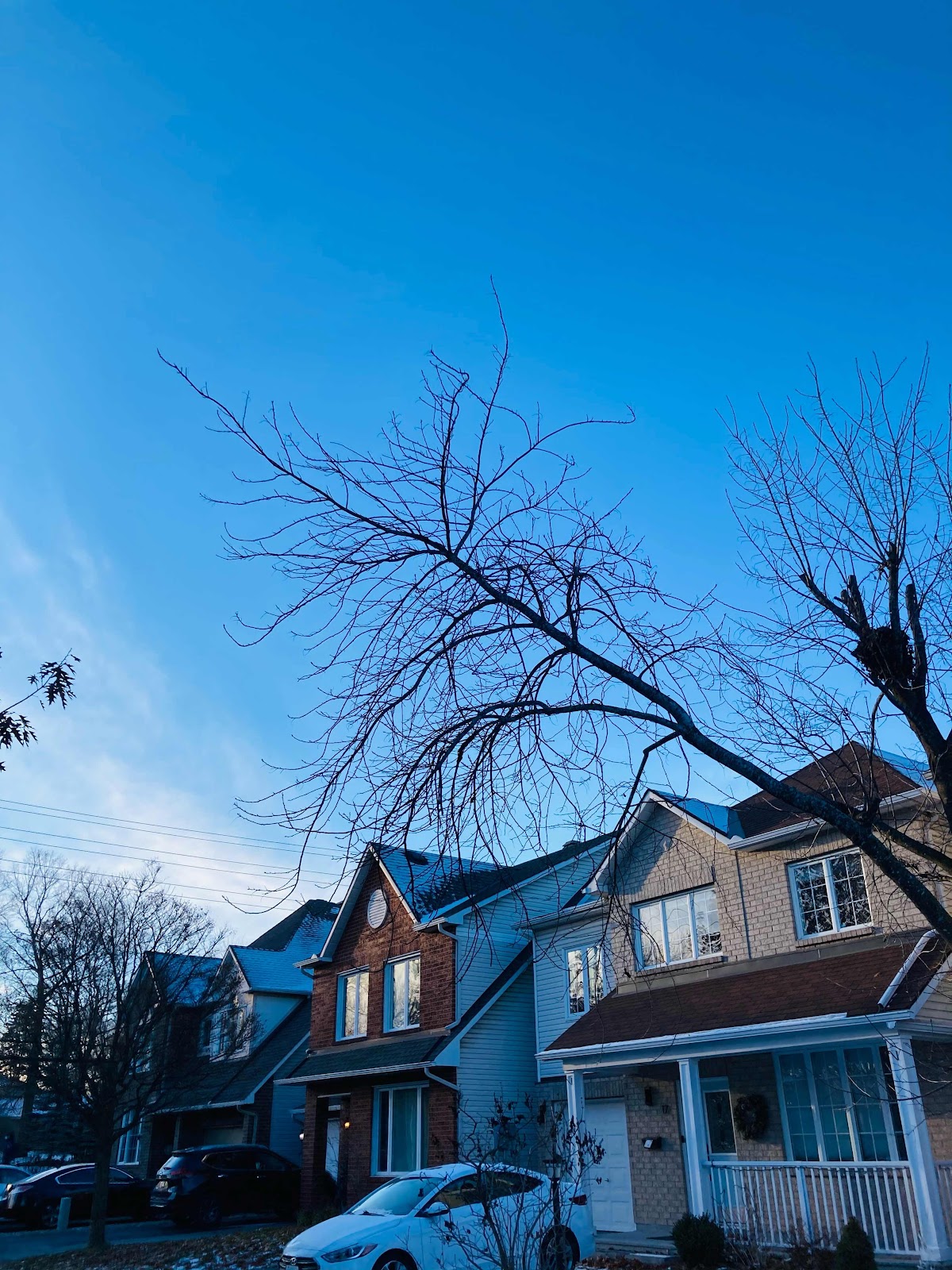 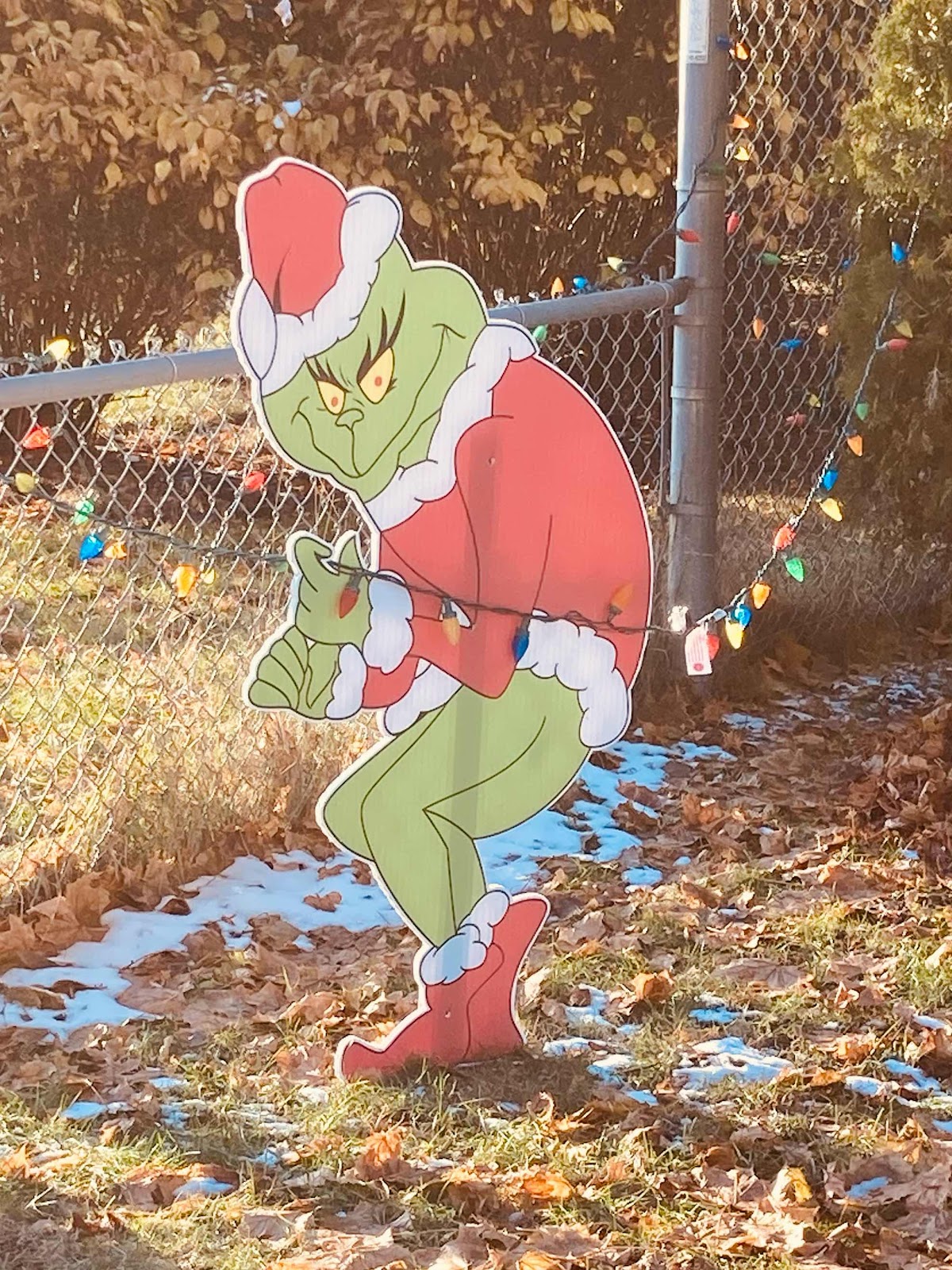 She did NOT appreciate him at all.

When I got home from my trip there was a small stack of packages on the table, which I briskly ripped open. Most stuff was expected, but with this I thought "oh great, I definitely wanted it but I didn't think I'd actually ordered it yet" 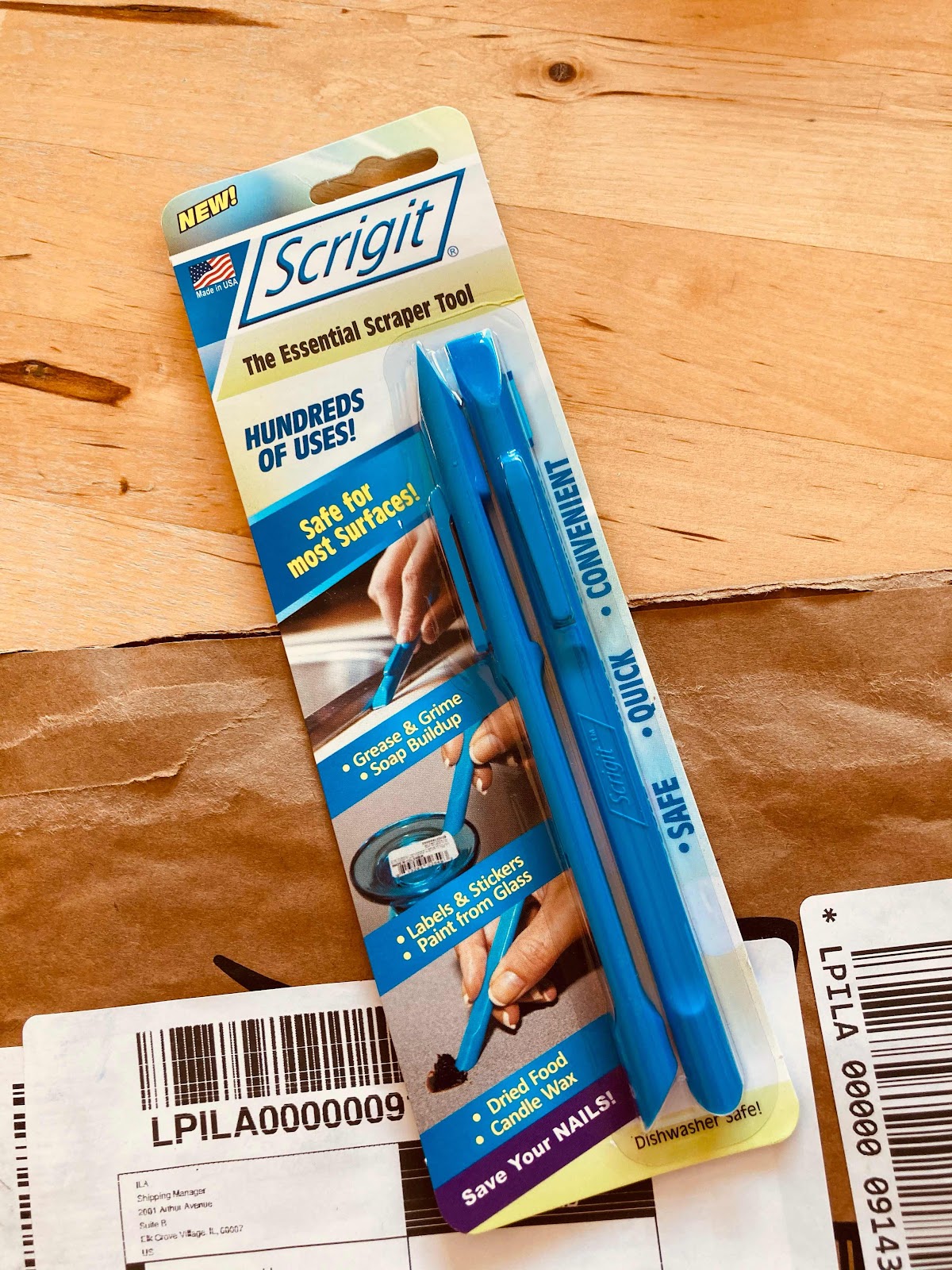 Then I took a beat and actually looked at the address on the envelope that I had just ripped open so gleefully, and it was not mine. So now I have a small dilemma. Do I tape the package up messily and deliver it, leaving the person to wonder what the hell happened? Or do I risk an awkward encounter to explain myself? Not to mention the fact that just now I had three very sticky labels to get off a new glass jar. Don't worry, the actual item remains unmolested. Still. It's a good thing I'm trying to be a better person.

Ernie said…
I do sometimes feel like OH, I NEED TO BLOG BY TOMORROW. Today I want to write a post about just a ton of random stuff, but will I have the time? Ugh, probably not. I'm getting ready to go out of town Friday and I'm hosting a big party on Wednesday night for my college alumnae club. What.was.I.thinking? It'll be fine. Still, trying to manage my time is going to be tight.

I love Lucy's expression when staring down the Grinch. I prefer to wake up early and shower before the day gets going in full swing, but on the other hand I hate waking up early to workout. If I happen to wake up early, that's different. Lately I've been waking up to my alarm that is set for the 'just in case I'm lucky and I sleep incredibly late' situation. What is happening? Not sure, but I'm embracing it.
December 1, 2021 at 4:21 PM

Nicole said…
This happened to me once - I received a box that had been opened and taped back together, with a note on it from a neighbour. She said "sorry, at this time of year I rip everything open, but then realized I did not order a skirt!" It was the start of a friendship!
December 2, 2021 at 3:47 AM

Suzanne said…
Oooh I like Nicole's approach! A taped up package with a note. I would be charmed if I got something like that from a neighbor! (And much less awkward than talking about it in person.)

Not being a dog owner, I never considered how holiday decorations might affect our canine neighbors! What must they think about all the giant blow-up creatures and so many Santas?
December 2, 2021 at 5:53 AM

Ally Bean said…
I like Lucy's 'not here for your Christmas bullshit' attitude. I often feel the same way in December. Just saying
December 2, 2021 at 7:18 AM

Tudor said…
The ripping open packages by mistake happens here because both my husband and I have the same first initial and the same last name. So ... is it my fault when something comes in addressed to T. Robins and I open it? I think not.

It really bugs him, though, because he's more careful / less impulsive than me. Honestly, I think my neighbour would be more understanding about me opening a parcel meant for her ...
December 2, 2021 at 7:15 PM

Busy Bee Suz said…
Lucy is so cute and I agree, enough with the Christmas bullshit.
I've accidentally opened a neighbors package and of course, I retaped it, delivered it with a note explaining.

Stickers and sticker residue are my nemesis.
I found this little kit years ago that was a game-changer. Not sure if I can link it here without it looking like spam. Goo-Gone sticker lifter with a little scraper tool.

Busy Bee Suz said…
Oh, here is the link. You still have time to buy it for yourself for Christmas. ;)