Brains and Eyes and Hearts

October 12, 2016
Depression has its teeth pretty deep into my brain stem at the moment. I feel bizarrely lonely, which is stupid since I'm surrounded, physically and virtually, by wonderful people who love me. I feel ashamed that I'm wasting the beautiful fall days in sadness. I feel like I've accomplished nothing of note, and rushed heedlessly through my kids' childhood, and basically wasted my life. I know this is not rational or true. I know this will pass. I had a really good summer. It's okay.

I've been reading a bunch of stuff and finding it either acutely painful or strangely comforting - sometimes both at the same time.

When Breath Becomes Air by Paul Kalanithi is the memoir of a neurosurgeon who finds out he has advanced lung cancer at 36 just as he's about to finish his residency and start an illustrious career. I'm always a bit hesitant to read books like this, because you feel like a total dick if you can't give them a rave review, you know? When I was working at a little bookstore in Toronto, a book came in that a guy with locked-in syndrome wrote by blinking through the alphabet so someone else could transcribe every word. When my coworker asked what I thought of it, I said "It's definitely the best blink-written book I've read this year".

This book was quite remarkable. I feel like Kalanithi himself was quite remarkable, even allowing for some fudging which, come on, if you're writing an autobiography at 36 before you die of cancer, you're allowed. He was talented and engaged in both literature and science and could have chosen from a range of careers, and he had a massive, questing curiosity about where meaning and life and experience reside. He doesn't come across as martyr-like about his diagnosis, but he handles it as graciously as possible. At one point, while he and his wife are trying to decide if they should have a baby, she asks him if he doesn't think saying good-bye to his child will make dying more painful, and he says "Wouldn't it be great if it did?", because he felt that life wasn't about avoiding suffering. This struck me deeply, as did his assertion that Darwin and Nietzsche agree on one thing - that the defining characteristic of a living organism is striving.

So, yeah. Here I was, huddled in my reading chair, feeling like I'd been given a great gift by a dead man. I was stuck, pinned down, barely functional, but it was okay - I was striving to keep breathing. and happiness isn't always the point of life. Anyone who walks through this world never feeling the least bit fucked-up maybe just isn't paying attention, right?

On a lighter note, we read The Marriage Plot by Jeffrey Eugenides for book club. Having read his book Middlesex a few years ago, a dense, rich, subtle novel that dug deep into the complexities of family relationships and gender roles, this felt strangely flaky and shallow - I thoroughly enjoyed reading it, but it seemed strange that it came after Middlesex rather than before. Someone at book club ventured a guess that he had started it much earlier and then dug it out and finished it (in a somewhat desultory manner), which seemed extremely plausible.

At one point, Madeleine, a college English major devastated by a break-up, reads and becomes obsessed with Roland Barthes' A Lover's Discourse. It seems not only beautiful and insightful to her, but gives her a sign that she's not alone. That's as it should be - I read and become obsessed with books, and blogs, on the same principles all the time. Then it says, "It had to do with Leonard. With how she felt about him and how she couldn’t tell anyone. With how much she liked him and how little she knew about him. With how desperately she wanted to see him and how hard it was to do so.” And then I was making fun of her for her angsty early-twenties philosophizing about a BOY.

And then I gave myself a mental slap for being a disaffected forty-something cynical shithead. Break-ups are HARD. Love is hard. Just because that's not my particular source of pain right now doesn't mean it's not a valid one for anyone else.


Then there was this: "“A Lover’s Discourse was the perfect cure for lovesickness. It was a repair manual for the heart, its one tool the brain. If you used your head, if you became aware of how love was culturally constructed and began to see your symptoms as purely mental, if you recognized that being ‘in love’ was only an idea, then you could liberate yourself from its tyranny. Madeleine knew all that. The problem was, it didn’t work”.

That works for depression too, doesn't it? You can use your head, and understand that this is all a brain chemical thing, and, well, your symptoms ARE largely mental. Does this help to liberate
yourself from its tyranny? Like fuck it does.

Finally, Madeleine's childhood room is wallpapered with scenes from the book Madeline, including the quote "They smiled at the good/ And frowned at the bad/ And sometimes they were very sad." And, well, damned if Ludwig Bemelmans hasn't summed it all up - life, the universe and everything - right there, yes?

Kalanithi refers often to the Samuel Beckett quote "I can't go on, I'll go on" in his book. I feel like a rusty pair of scissors trying to cut through a phone book right now. I feel like I've lost my way, especially here, where everything used to flow so easily. It feels like the world would be losing nothing of real value if I stopped. But people are writing books with their fucking eyelids, and the organism has to keep striving. So I'll go on.

Nicole said…
Things I love about you: you have a mad sense of humour, you get my fear of driving in unknown places and don't mock me for my deep distrust of GPS, you're always there for me as an excellent friend, when I think of you my heart swells like the Grinch's when it grows three times, you have great hair, a beautiful smile, and a fabulous rack, you went to an 80s party with me even though I was wearing neon green pants and a sweatband. The list goes on and on. Oh, remember when we watched Little Women together with Hannah? I want to do that again. I'LL BE HANGED, IF I STAND AROUND TO WATCH. I have more to say but I have to go make spaghetti. Heart bum heart, love you.
October 12, 2016 at 3:28 PM

Anonymous said…
I've been reading your blog for a few years and have only commented once or twice but I love your writing and your "voice." I've tried to blog myself and it doesn't seem to fall within my wheelhouse, so I'm hugely envious. When talking about depression once, you said something that sticks with me and I remind myself (and a few close friends and family members who also struggle) of it regularly: Depression Lies. It would certainly matter to me if you stopped being or writing (for whatever that's worth). Don't let the lies convince you otherwise - you have huge talent.
October 13, 2016 at 9:14 AM

So much would be missing if you were gone. I am terribly fond of you, even though chances are we'll never meet.

Marilyn (A Lot of Loves) said…
I read this last week and thought I commented and then apparently did not comment because I don't know what happened. Anyway! I am so terribly sorry you struggle and I so terribly wish I was closer so I could take you out for a coffee or at least just sit and listen. Hugs from afar.
October 18, 2016 at 10:26 PM

Jenny said…
Recently I was trying out a higher dose of a relatively new med for me, and gradually, creepingly, it dawned that I was feeling like crap. And a simile for explaining depression came to mind: It's like having a cold, without having a cold. That is, no upper respiratory crud, but that same terribly taxing mind-fogginess and general achiness. Blargh. I really hope things are going better now.
October 26, 2016 at 4:35 PM 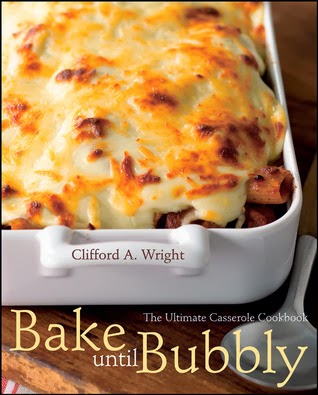 So today, apparently, I do love mankind (woman, child, human-kind). It was sunny, and I went to the gym so there were endorphins (and giddy disbelief that I actually got there) in play. But it wasn't just today. Last night at dinner at my Mom and Dad's, I drank as much wine as my Dad (and if you knew my Dad...) just so I'd have an excuse to hug them and say I love you guys before I left. At the gym, I was looking around picking out everybody's best features (great hair...nice arms... friendly smile) and then I went down to get groceries and someone moved their cart for me to get by and I almost wept with gratitude. What the hell is going on? Today I realized it wasn't January any more, so maybe that's part of it; the realization that spring will come again, and everything will thaw out. Partly it's that Matt just got back after being away for almost two weeks, which always makes me feel weird. But I think sometimes this just happens. I remember in high schoo
Read more