January 11, 2010
I've been tagged by Jane to tell you seven things you don't know about me (which might be hard because, as we all know, I tend to share way too much with the Internet) and tag seven more people to play along. Much like in the real world, I hope I know seven people who will want to play along and not give me that look like Rachelle in grade two used to give me when I asked if she wanted to play -- that look that said 'even if you give me all the cookies in your lunch it's going to be a stretch'.

1) I can say pillow and egg in five languages (English, French, Spanish, Polish and Finnish). I got some guy to teach them to me in Berber when I was in Morocco, but I can't remember those any more.

2) When I was little I was terrified of car horns -- you know when, after a wedding, all the cars drive around honking like mad? My Dad says this is because I thought the cars had animal horns on them, and, while I realize this would make more sense than just being afraid of a noise, it's not true -- I was just afraid of the noise.

3) The only poem ever written for me by a guy was really, really bad. The only two lines I remember are "Allison is my alarm/ Allison makes me tick". It didn't turn me off the guy, but I was briefly really embarrassed for him and hoped like hell he wouldn't ask me if I liked it.

4) When I lived in Toronto I did volunteer work for a service that put books on tape for the visually impaired. They did books that were specifically requested for clients. This meant I worked on a variety of books -- fiction, religious tracts, etc. One time I went in and the book waiting for me beside the tape recorder was a volume of African-Canadian lesbian sex poetry. Extremely explicit African-Canadian lesbian sex poetry. Not that visually impaired African-Canadian lesbians and those who admire them don't have a perfect right to their porno poetry, but I kept looking around the room for a hidden camera the whole time anyway.

6) I failed my first driving test. 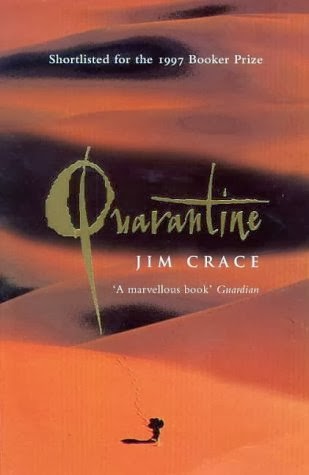 7)When I was in my first trimester with Angus, we went to a Moroccan restaurant my husband and I really liked. I ordered the lemon chicken tagine I always loved, but after three bites I felt sick and had to stop eating it. This aversion was so intense that I couldn't even finish a book I had been reading -- it was about Jesus and his forty days in the desert, and there were other people there and they had preserved lemons and olives, and reading this made me feel so sick I had to stop reading. I don't think I read the book until four or five years later.
So here's another seven people I always like to hear from (including Mary Lynn, who blew my mind by sending me a link-making tutorial Friday night, which was better than getting four pounds of chocolate in the mail. Words cannot express how much I am currently adulating her).

Mary Lynn said…
So this is what my little linking tutorial hath wrought. Homework for me! Is this what they mean when they say no good deed shall go unpunished?

All kidding aside, I shall do my best to come up with seven interesting and insightful things about myself. It can be done.
January 11, 2010 at 12:47 PM

Patti Murphy said…
You are hilarious. Your #1 made me snort. Here're mine:

1. I too failed my driver's test the first time.

2. I can't catch a ball, but can catch stuff that falls out of cupboards or the freezer.

5. I think I have early-onset dementia.

Anonymous said…
Number 4 made me laugh out loud. Hilarious!

And when I was in my first trimester with my kids I couldn't even brave a restaurant. I tried with my second and had to leave because other people were EATING right in front of me. In a restaurant. The gall!

Anonymous said…
Found you through Jane. Liked your seven things. Going to check out your seven blogs, now!
January 12, 2010 at 11:09 AM