I'm having the kind of day where when you sit down you feel like weeping with relief. I'm afraid I've done something terrible with my resolve to walk every day. I have this thing where I am an immensely lazy procrastinator but I also have a touch of OCD, so if I can trick myself into developing a habit then I will carry on with that habit even when I am very tired and unhappy about it. It doesn't matter how late it is or how drunk I am, I WILL floss my teeth before falling into bed. I can't leave my bedroom in the morning without making my bed, no matter how late I'm running. And now it appears that if I get home after working and running a bunch of errands and I've been on my feet too much and everything hurts, I STILL have to take Lucy for a walk if the weather is halfway decent. And then I feel kind of glad that I did it. Dammit.

So most of the surly-making crap revolves around mail this week. Angus's contacts were hung up in customs for a week and then finally released and they wouldn't deliver it the first day because no one was there, even though that's why I SAID no signature. Turns out they wouldn't deliver it because there was a whopping stupid duty on it because of the stupid border. Angus's girlfriends wonderful mother took care of it for us, so now Angus will have contacts and we owe more peanut butter and ketchup chips than we can ever repay. So mailing stuff to the U.S. via Canada Post sucks, and mailing stuff to the U.S. via UPS sucks. What should I try next? Anyone have carrier pigeons?

Then I got an email from Indigo saying a shipment had been delivered. Christmas shopping for me consists about eighty percent of Indigo shipments, and then a couple of trips to actual Indigo, and then one or two other stores. I sorted through all the Indigo shipments and realized that this specific one had NOT been delivered, to our house or our mailbox. I emailed Indigo, but by the time they got back to me the nice lady from the same number and a sort-of-the-same street name one crescent over had brought the shipment which had been delivered to her. This reminded me of the time I spent five minutes arguing with the pizza guy on the phone that he was NOT in front of my house because I was IN MY HOUSE looking out the front window and there was NO ONE THERE. The streets are Summerwind, Windhurst and Westwinds - not the brightest. Better than when we lived in the middle of Indian Road and Indian Grove on Indian Road Crescent (the road so good they named it twice) - but not by much.

THEN I tried to order a sweatshirt that Angus wanted and ordered the wrong size. Happily, they got back to me right away and fixed it.

So I'm not, properly speaking, surly at the moment because everything got resolved. I'm just having my  usual late-November pre-Christmas feeling of things getting away from me and things slipping and it's dumb, because that's not supposed to be the point of the holidays and my kids are always happy and grateful with whatever we get them and my mantra is supposed to be "do what you can and let the rest go". And we got our flu shots the earliest we ever HAVE this year, so there! And Angus got his even before that (I'm assuming this is because of his uber-responsible and great-at-adulting girlfriend, but I'll take it).

I'm also frustrated with myself for continually staying up too late and then having huge regrets and sleeping badly. Here is a relaxing picture of Eve and Lucy to help me not do that tonight. 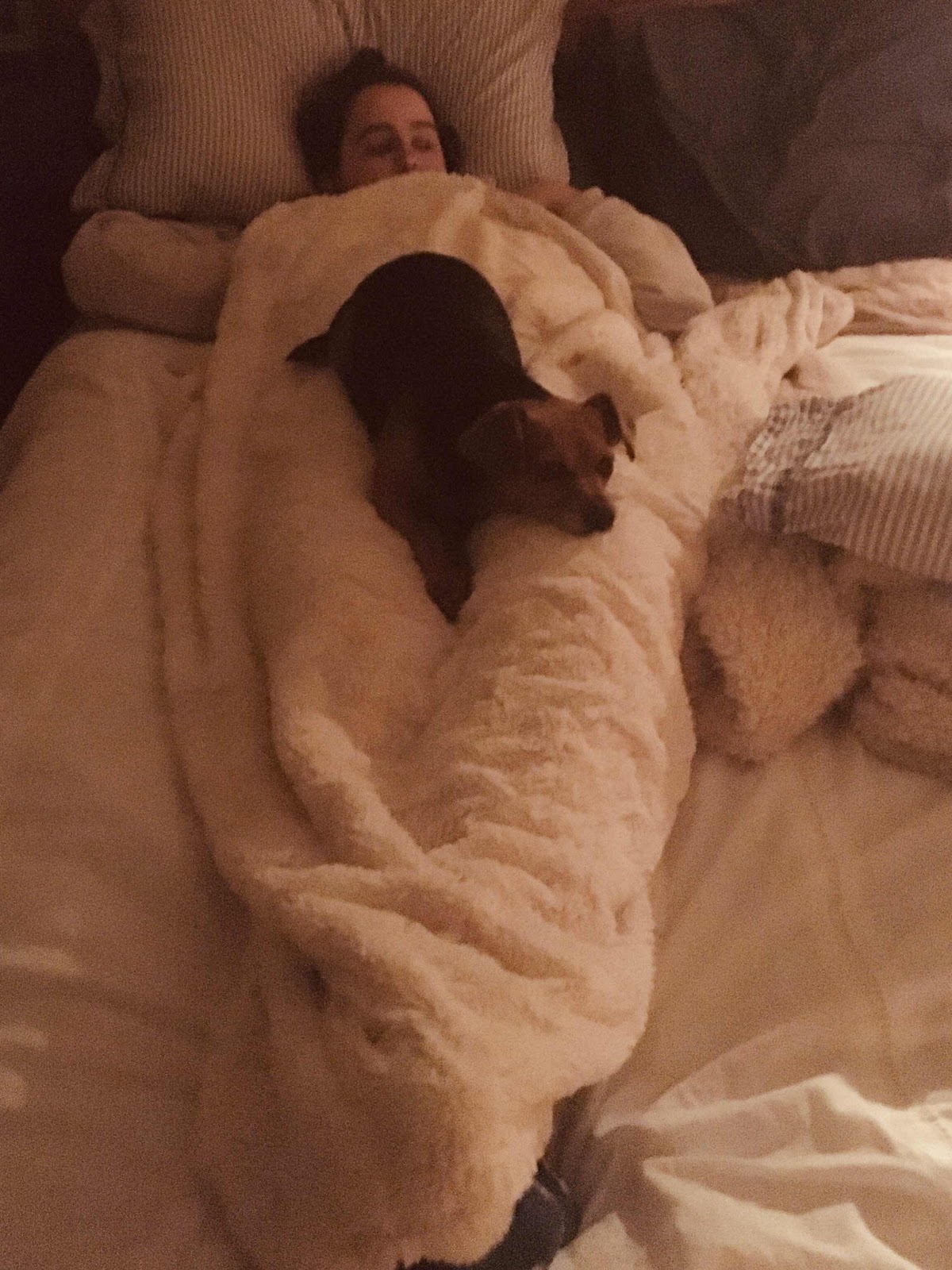 Nicole MacPherson said…
God, I love you. I relate to so much of this. If I say I'm going to do a thing THEN I WILL DO THAT THING OR DIE IN THE ATTEMPT. I feel you, is what I'm saying. Also, this week has been one of those "when I sit down I may never get back up, it will be so amazing to sit" kind of weeks. I LOVE THIS WHOLE DAMN POST. Oh, that reminds me. I had ordered some t-shirts from a band M likes for Xmas, coming from the States, and I got a delivered notice from USPS. But no delivery. So I was worried it was porch pirated, although, good luck pirates, enjoy your weird random band t-shirts, but still. IT WAS A BIG PART OF HIS GIFT. And then like 30 hours later it was delivered so...maybe it went to another house and someone brought it over, or maybe the USPS has a very poor notification system. I don't know, I'm not asking.
November 20, 2020 at 6:09 AM

Ernie said…
As you may have noted, we often get Mary Ann's deliveries. She gets upset as if we flagged down the Prime truck and asked him to put it on our porch. Anyway, every street in our neighborhood starts with 'Pine' like Pinecone Place, etc. Add to that our house and hers have the SAME number. Across the street from each other. Maddening. Glad your package was found.

Whenever I forget something (especially a word), I fear early onset Alzheimer's. Could NOT think of 'enrichment' the other day. Almost made me mad as it was on tip of my tongue. Some of Coach's oops of late have me more concerned about his early onset possibilities.

I prefer to stay up late and get stuff done thinking I can relax and sleep late. Almost always backfires and I'm up before the sun.
November 20, 2020 at 6:14 AM

Lynn said…
"Christmas shopping for me consists about eighty percent of Indigo shipments, and then a couple of trips to actual Indigo, and then one or two other stores."

StephLove said…
There's a place in our town where Carroll Ave intersects with Old Carroll Ave.
November 20, 2020 at 7:40 AM