I've really got nothing tonight. There comes a time in every NaBloPoMo where the exuberant optimism of "I"m doing it! I'm blogging every day! I'm creating amusement and wonder out of NOTHING" morphs into checking my drafts folder hopefully and coming up with "Lenin's foot" and "Big saucy bangers".

Let's see what Eve has for us. 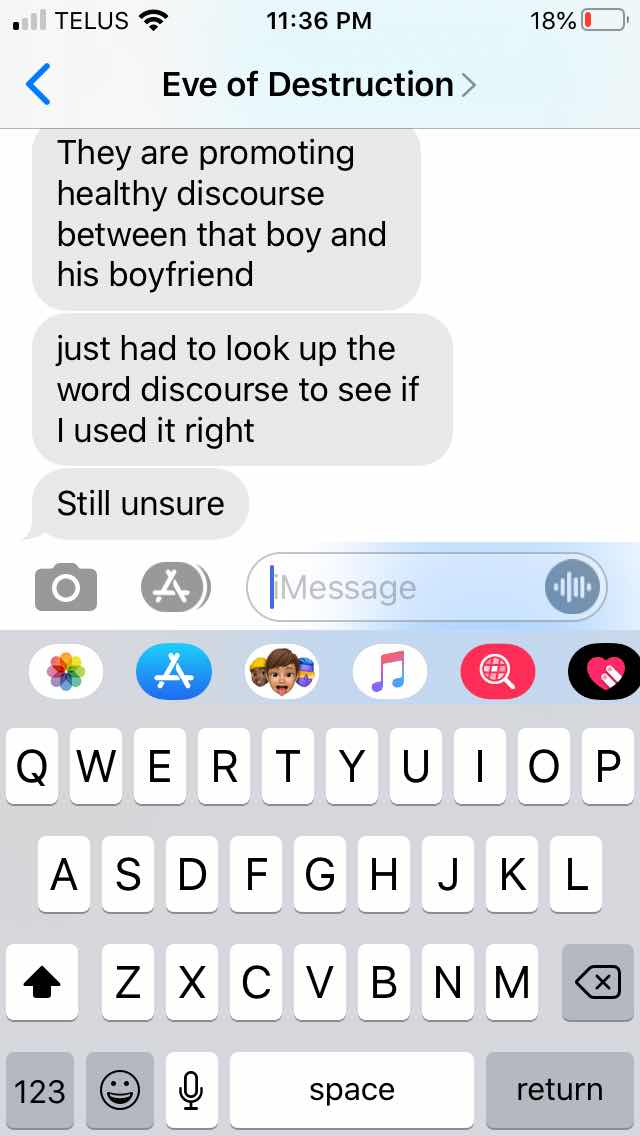 Don't remember what that was about, but I hope I told her that she used it right.

I think I've mentioned that Eve and I, in addition to sleep issues, also have gut issues. I'm still okay with lactose but she's become increasingly intolerant, which sucks big time. 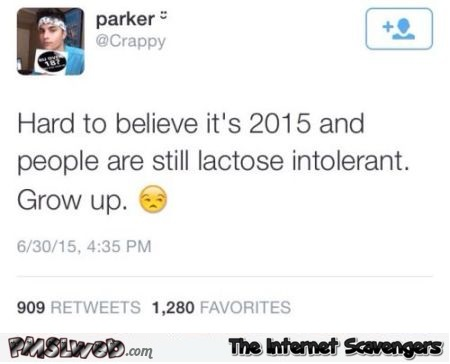 I mentioned that she might want to try using Metamucil, so she came down and took it off the top of the fridge and started reading the label.

"Ooh, 'fiber therapy' - Imma tell this all my problems"

"do not interrupt medication - wait, this is medication?"

"hang on, appetite suppressant is the FIRST THING LISTED - is this going to make me skinny?" (I've been using it for years, so demonstrably not)

I was laughing partly because she's funny and partly in shame because I realized that I ingest stuff like this WITHOUT READING A SINGLE WORD OF THE INSTRUCTIONS.

I have this weird tic of sometimes not being able to start a show even when multiple people recommend it and I myself know that, based on my usual preferences, I will almost certainly love it. I'm not trying to be difficult, I genuinely have a mental block about it until finally I overcome it and - surprise - almost always love the show. One example is Fleabag - everyone keep saying it's great, it looks great, I adore Phoebe Waller-Bridge. I actually watched Crashing, in which I think she plays much the same character. Half the time I was cringing in horrified disgust, the other half I was wheezing, in actual danger of dying from laughing so hard. I found it kind of funny that the first friend to recommend that I watch Fleabag with Eve was shocked and a little horrified when she heard that Eve knew what Pornhub was (because she told me that Pornhub was offering free subscriptions to people in lockdown and thought that was nice) but, when I did actually watch the introduction of the first episode of Fleabag, it's all about butt stuff and ends with the phrase "Do I have a massive arsehole?" (said in an adorable British accent).

I can still watch it with Eve. Because we text stuff like this to each other: 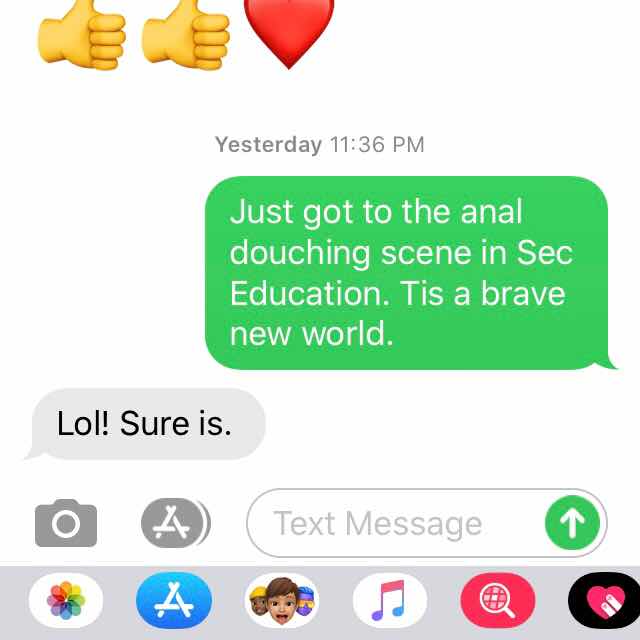 Oh, that's probably what that other text was about too. Sex Education is another show I should have watched way before I did. That and Never Have I Ever were tied for Best Show Ever in my mind early in lockdown.

I can't think of a good way to end, and if I wait for something to come to me I'll just end up wandering away and leaving another post unfinished. Have a great week-end, everyone. Except you, Covid, have a bad week-end, you're not invited, nobody likes you.

StephLove said…
Noah and I reached the point a few years ago where we can power through the awkwardness of watching sex scenes in movies or tv together, but I'm not there with North yet. I'm not up to joking about it with either kid.
November 21, 2020 at 4:33 AM

Ernie said…
So funny about your kid reading a label and realizing that you haven't. I just said to Coach that maybe I should start Metamucil again. Then realized my issue was celiac related - must've gotten something in my careful diet. So I guess I can avoid that nasty drink.

Mini and Curly and I are obsessed with Dead to Me . . . a show I should've watched before I did. Hard to do without Netflix though. We watch it when Coach is not around because he'd probably object. They use the F word, and so do I, but they use it appropriately.

What i'm saying is we are no where near watching sex scenes or texting about them.

Lynn said…
We're watching Fleabag right now after a similar approach, where the whole internet tells me I will love it so naturally I totally resist watching it for as long as possible. I was not loving the first episode and the whole "am I a giant arsehole" opening and all through the first season, at the end of each episode, I'd say, "well, I'm not sure I like it, but I am willing to watch just one more." Until we reached the season finale, and it was quite good.

Now we are halfway through season 2 and it's fantastic, so it did pay off in the end. Plus there are only two seasons of six episodes each, so it's a pretty small commitment, so I figure I can push through.

In other news, I was looking at world maps the other day after Pam sent me a link to 100 World Maps online, and one of them is of lactose intolerance worldwide, and I was SHOCKED to discover how much of the world is almost completely lactose intolerant. Like, practically all of Africa and Asia. So if Eve can tolerate even a small amount of cheese, she should rejoice, because a world without Mac and Cheese is a very, very sad world indeed.
November 21, 2020 at 6:32 PM