I wasn't going to blog tonight. I'm tired and I have the halfway-through-NBPM-blahs and my eye hurts. I got up on time to get to school fifteen minutes early because our school makes the slightly questionable decision to close the parking lot to entry between 8:15 and 8:45 because kids walk through it. I had to keep a careful lock on my eyebrows when I was first told this - maybe they could, I dunno, just WALK AROUND the parking lot? No? Okay. My shift starts at 8:30, so either I get there just over fifteen minutes early and park in the lot, or get there on time and park on the street (fine when the weather is nice, less good when the weather is bad and people are driving around after dropping their kids off at school). This year I have permission to move my shift fifteen minutes later every second Monday so I can drop Eve at school, so then I can also park in the lot. But she didn't have school today, and I figured I'd go early and finish early.

Everything was going swimmingly, except when I went to put my contacts in. Remember me complaining about the vexatious right lens on Thursday? Well, I guess the left one felt left out, because it was the squeaky wheel this morning. I finally got it in so I could see, but it felt slightly scratchy. I left it in, which was a stupid decision. It was uncomfortable all morning, and I probably have a mild corneal abrasion now, but I got to park in the goddamned parking lot.

OH MY GOD, why did you let me go on about this? In case you're not all dead from boredom, I will poke some gentle fun at the stuff I was cataloging today. It was a box set of booklets, posters and teaching guides on the Evils of Drugs. Which, fine, but guys, it's so cringe-y. No kid is going to look at any of this and do anything but snicker. I should have taken pictures of the posters. The set is called The Truth About Drugs. The posters are like "They told me Ritalin would help me study. They told me half a tab of E would be fun. They told me weed wouldn't lead to harder drugs. ...... THEY LIED".

Plus, the publisher is called Foundation for a Drug-Free World. What? A drug-free world is a TERRIBLE IDEA. I took three drugs today alone, and without them my life would be much, much worse. The whole thing conjured up a bunch of men in plaid pants and sweater vests sitting around going "we gotta come up with something to get our kids off the pot."

OH MY FUCKING GOD, YOU GUYS, I just googled Foundation for a Drug-Free World, I don't know why, I generally have no compunctions about sharing unsubstantiated and possibly erroneous information with you, but IT'S A DIVISION OF THE CHURCH OF SCIENTOLOGY. Geez, the blanket "drug-free world" makes sense now. I possibly need to have a word with the main librarian? What the heck, ma'am? If I start seeing picture books about Engrams, I'm out. 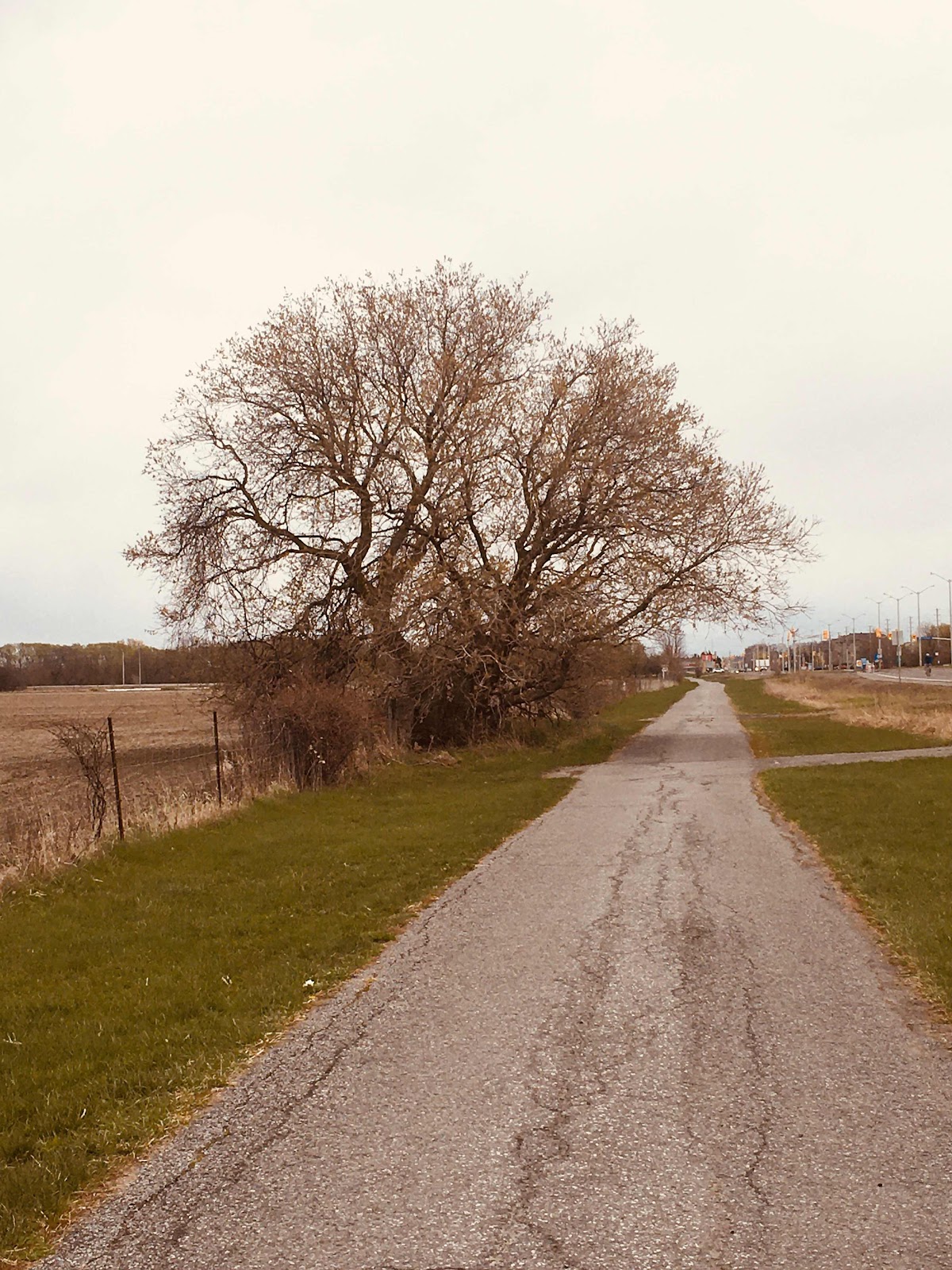 I am only posting this picture so the post doesn't publish with a preview of that stupid Christmas card picture again. This is a tree on a path that I walk sometimes. I find it aesthetically pleasing. Right now I feel like someone took a stick from it and poked me in the eye. Good night, I am going in search of a patch. Arrgh.

Nicole MacPherson said…
Argh, your poor eye. Those booklets remind me of when the kids used to trick or treat and would come home with all these crazy religious tracts - they never remembered what house they came from but they were something else.
November 17, 2020 at 4:14 AM

That is a nice tree. I'm sorry about your eye. We live two blocks from an Adventist church so in pre-covid times they used to knock on the door and proselytize. I have been known to hit the floor behind my desk to avoid them seeing I'm home.
November 17, 2020 at 4:53 AM

Ernie said…
No good comes from wearing a contact lens that starts out acting up. The worst.

Does this school not own bright orange cones to create a safe walkway for children? Yikes.
November 17, 2020 at 7:27 AM

Suz said…
You and your eyes! I feel bad for you.
The church of Scientology; what a crock of weirdness. The posters will surely work. Right?
November 18, 2020 at 6:35 AM