Answers to Some Questions

Today is much better than yesterday but I'm still feeling a bit off. I'm going to answer some questions that people asked or that I imagined they asked, in no particular order.

Was my migraine caused by weather? - Probably? I've had major headache and allergy issues since we moved to Ottawa, which apparently is not uncommon. Major temperature changes are a known migraine trigger, and the past week has seen some of the most drastic temperature fluctuations ever. I had to take a fuckton of codeine and I can still feel the edges of it.

How is the library working right now? - For the first few weeks we didn't circulate books at all. We always have tons of cataloging to catch up with, and there were books coming back from last year, so there was always something to do, but it was the work we usually do at the end of the shift when all the circulation stuff is done. Now we are circulating books, but just by putting boxes of books together for each class - a random selection for the younger kids, a selection based on stated preferences for the older - and they only read the books in class. They come back and we let them sit on a table for three days before re-shelving (I think this is a bit of an over-careful measure, but that's fine). So I still don't get to see the kids. I love my library, but it is lonely work. The library at this school is also at the end of a long, long building, so I don't even really get walk-by waving opportunities. If I was there full time I think I would be really depressed. It is what it is. I'm still grateful to have it.

Are the kids at my work school doing online learning? - As far as I know, some have chosen to stay online, but many have come to school, and the ones that do come come every day. It seems to be working well. We've only had one case of Covid, and no high-risk contacts. So that's good.

How did the Bamboo cotton face pads I bought from the Net Zero Company work? - I mentioned on Facebook that I was going to buy these to replace the disposable ones I use every morning and night with my toner. (Side funny note: someone in the comments said their son refers to these as "tampon pringles"). I am fairly satisfied with them. They are a nice texture and do their job well. My one complaint which sounds kind of dumb is that they're actually a little bit too big. They're just that much bigger than the ones I use so that I find it hard to wipe my face with them without the edges flopping all over, if that makes any sense - I don't have the same control. I usually hang my head down and use them that way, whereas with the other ones I could just stand normally. I also bought two sets thinking I might give one as a gift, but I have to have the two sets in rotation or I run out while I'm washing them and have to use disposable ones for a few days. I put the dirty ones in the drawstring net bag every day and every few days throw them in with my sheets and towels and underwear hot sanitary laundry load. So far I am guiltily secretly happy when they're all in the wash and I have to use the old planet-killing ones, but I'm not buying any more of those, so hopefully I will just get used to the new ones. Odds are good, because every time they change Facebook I'm like YOU BASTARDS I SHALL NEVER DARKEN YOUR DOOR AG -- wait, this is fine, whatever. 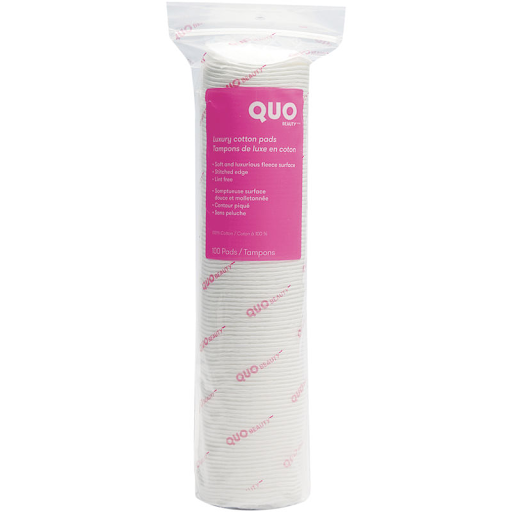 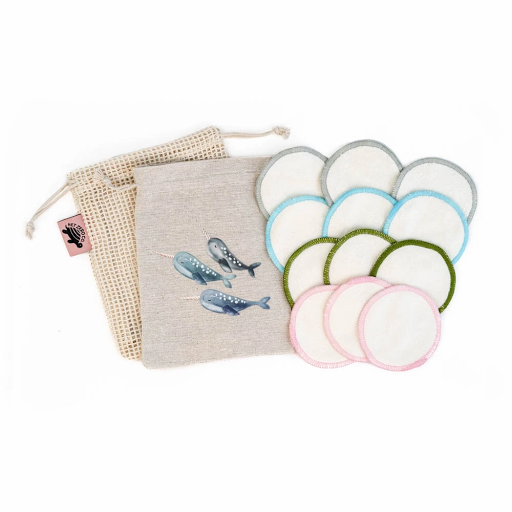 It made me think about how the decision to use stuff that is better environmentally is a real balancing act between money and convenience and conscience. I'm willing to pay a little more and be a little bit inconvenienced in order to do something environmentally better, but only so much. It took me forever to remember to bring my cloth grocery bags in with me, but now that I have I hate it when I don't have them and have to get plastic bags. I have some beeswax food wrappers, but I still default too often to tinfoil or plastic wrap. I bought a couple of reusable ziploc bags that don't work well at all. We use cloth napkins, and that was a pain at first but now it's second nature. So it's basically just chipping away at the plastic use little by little. The Net Zero company has reusable toilet paper on their website and that is a HARD PASS.

That's all the questions and answers I can think of. Thank-you for coming to my World's Boringest Ted Talk.

Tudor said…
I have recently discovered bamboo toilet paper and I'm struggling to understand why this isn't the only legal form of toilet paper. Like, why do we cut down real, actual TREES to wipe our butts, when toilet paper can be made out of what is essentially a weed? As a bonus, I much prefer the bamboo toilet paper to the dead-tree kind.

My only complaint is that there's bleached bamboo toilet paper and unbleached, and I would much prefer to buy the unbleached, but it's 33 per cent more expensive. Which, considering I'm already paying more to buy environmentally friendly TP in the first place, is just 33 per cent too far. Also, on principal, I'm can't square paying 33 per cent more to buy something that's had less processing.

All to say, bamboo TP is +1 and the only way it could be better is if the unbleached version were to cost the same amount as the bleached version.
November 10, 2020 at 6:00 PM

StephLove said…
I use cloth menstrual pads (on the rare occasion I have a period these days, yes, menopause, I see you coming) but reusable TP would be a bridge too far for me, too.
November 10, 2020 at 6:28 PM

Ernie said…
Sorry that your library work is less fun or active at the moment. My babysitting (when we DON'T have covid and the babies are actually here) is more enjoyable this year than recent years. I attribute it to great families who don't stress me out. (One dad is kind of annoying but he doesn't pick drop off that often).

I also think having my kids here e-learning more often than not makes it more enjoyable. My kids interact and help with the babies a ton. They obsess over the baby twins to the point of making me laugh as they each box one another out to get baby time.
November 11, 2020 at 6:12 AM

1. "I'm going to answer some questions that people asked or that I imagined they asked"

Suz said…
Tampon Pringles; that is clever and should be used somewhere in our life on a daily basis.
Reusable TP? What the actual hell?
I'm glad you're feeling better.
November 14, 2020 at 9:16 AM