The circumstance: My sister and her family visiting, having picked Eve up for study break on their way through Hamilton. It is the last day or two of the 2022 Winter Olympics.

Charlotte, checking her phone: OMG, have you guys seen this thing about the Finnish skier with the frozen penis?

Matt: I heard it was so cold they actually shortened the race, so it must have been really cold.

Eve, checking her phone: hang on, it was the SECOND TIME? Is he the only one this happens to? I bet it happens all the time but no one talks about it. I bet the other skiers are like DUDE, STOP GIVING INTERVIEWS ABOUT IT.

Jody: The first rule of Frozen Penis Club is we DON'T TALK ABOUT FROZEN PENIS CLUB.

Jonah: He says "you can guess which body part was a little bit frozen when I finished" - we don't have to, you just told us!

Poppa: Can't they wear something warm over it? Are they afraid Penis Warmers won't be aerodynamic enough?

Charlotte: Yeah, like a Crocheted or Knitted Below the Shoulder Boulder Holder

Grandma (quietly): Beanie for your weenie.

Later, over dinner, Eve told us about how a group of people, some of them friends of hers, went out on the football field after a big snow and ran around drawing a ten-foot-long penis. They got in quite a bit of trouble with campus security, who let them off with a warning and actually went out on the field to erase the penis. We all thought this was ridiculous because it was literally a medium that would melt anyway, but I observed that this was clearly a foretelling of Frozen Penis Guy, and we all know prophets are hated in their own time. 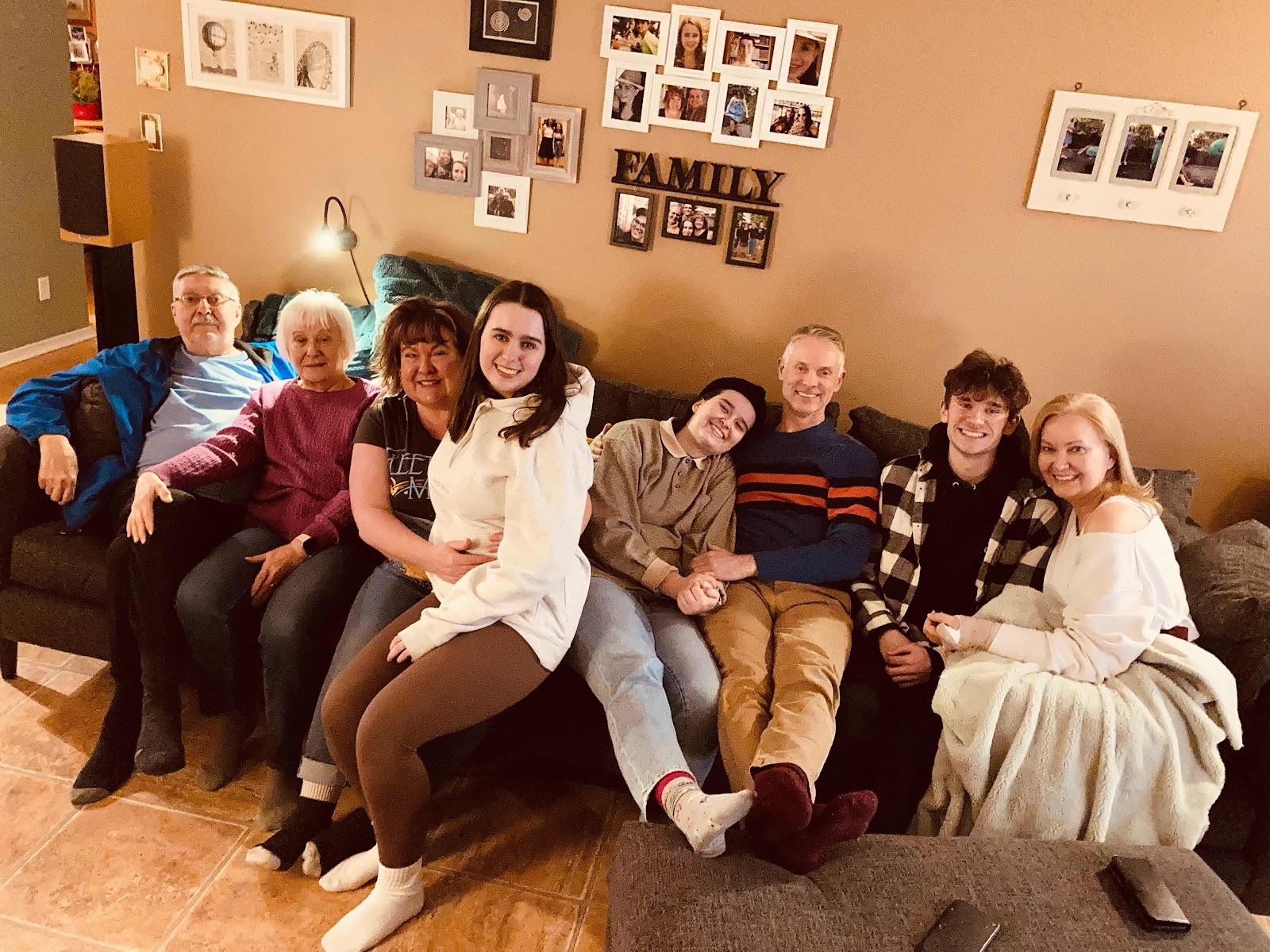 *with apologies to Remi Lindholm because despite all the laughing, we agree that a frozen penis is, in fact, no laughing matter, we are just terrible people

**Andrew rarely participates in our loud vulgarity, but he puts up with all of us cheerfully, and I appreciate that about him

Ernie said…
I want to be part of your family in THE WORST WAY. This is so dang funny. Grandma rocks. I had not heard about the frozen penis in the Olympics. I loved 'first rule of frozen penis club . . . " I read the previous penis post too. Poor Eve. It is always such awkward information. Thanks for the laugh.
March 14, 2022 at 8:35 PM

Marilyn (A Lot of Loves) said…
I did not hear about this frozen penis before. That’s quite an unfortunate side effect of this sport!
March 14, 2022 at 11:06 PM

StephLove said…
Beanie for your weenie is pretty good.

When I was in college, people used to do some similar penis-themed art in winter weather, but it was more of a sculpture than bass relief.
March 15, 2022 at 6:08 AM

Common Household Mom said…
This is hilarious! Grandma rocks! and "prophets are hated in their own time" made me laugh out loud. (but I feel sorry for the skier)
March 16, 2022 at 2:50 PM