NaBloPoMo Day 1: Surly Monday and Walking it Off

As previously stated here, I have no good excuse for being shocked at how unremittingly hideous my mood is today. Facebook memories for previous November firsts include phrases like "mired in suckitude" and "November has hit like a migrainey wrecking ball". To be fair, there was also a memory of Eve and I watching tv with Matt and mocking him mercilessly over not being able to figure out what the expression "someone donged it" meant, even from context, and my friend Liz declaring that Matt should be given an award for not defenestrating his disrespectful wife and daughter, so it hasn't ALL been bleak.

The trail was so beautiful it felt like a knife-edged line between benediction and ridicule (only because I'm an asshole). I got a little bit lost and did the trail a couple of times to have more river-adjacent time. I sat on a rock and stared at the water. I tried unsuccessfully to be Zen.

As I got back to the trail head and got in my van, a man with a gorgeous yellow lab carrying a log were coming off the trail too. The dog was off leash, and they both stopped. The dog dropped the log, the man slipped it's collar and leash on and then THE DOG PICKED UP THE LOG AGAIN for them to walk home. I tried to express to the man how utterly charming and life-changing this little scene was to me. I felt like the Italian man Lucy and I came across once on a walk. He was gardening, so he was right down at her level. He just kept petting her and exclaiming "I love! I love!"

Nice that this smol shithead can do the same thing for others that that much-better-trained dog did for me.

Then I came home and also came across these memories, which would surely lift the surliest spirits: 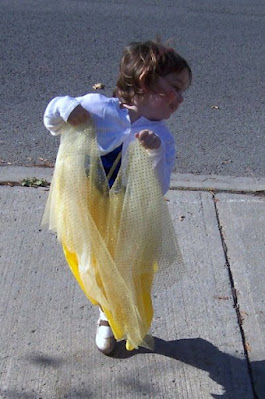 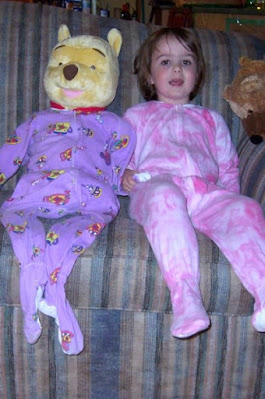 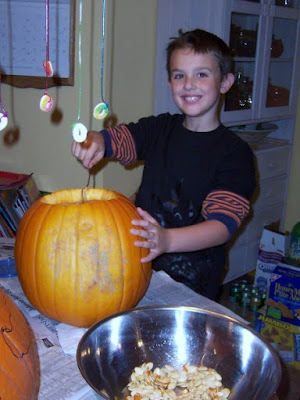 I was about to make a joke about finding a couple of old LCBO gift cards in my wallet with a decent balance on them yet, but I don't really like making jokes about drinking as a coping mechanism. So now I have no funny last words, which sucks. I'll have to settle for telling you that the matching outfits on Eve and Winnie the Pooh included a pull-up, and later they were both wearing pajama hats. Have a good day, everyone. See you tomorrow,

amyboughner said…
I think 'I tried unsuccessfully to be zen' could be the name of my memoir.
November 2, 2021 at 6:13 AM

Ernie said…
The real-looking Winnie the Pooh pose has totally tickled me. I am FOREVER telling Coach I won't stay up late and then sheepishly admitting the next morning that I am CRAZY ASS tired for staying up way too late. Restless leg sounds like a b*tch. Love the trail and the well-mannered dog story. So sweet.
November 2, 2021 at 9:02 AM

StephLove said…
Nice kid pix. I spent a good portion of the morning when I should have been working re-reading old Halloween blog posts because my kids were so cute and now they are either in college or headed that way in a few years, so what else could I do?

I hope the zen takes at some point. When I'm struggling, I find getting outside every day makes me feel, if not exactly good, better.
November 2, 2021 at 9:34 AM

Ally Bean said…
Your photos are lovely. That's a nice trail. Congrats on doing NaBloPoMo. I did it a few times. It is work but such a sense of accomplishment when it's finished.
November 3, 2021 at 11:16 AM