What is a Group of Turkeys Called?

November 13, 2020
Tonight was World Trivia Night which I have done with the same team for -- goes away for a long time to check past posts -- TWELVE, TWELVE YEARS, MWAH HA HA HA HA - since 2009, the first year I did NaBloPoMo, which was the first year I started blogging. These were all weird things to try that turned out rather splendidly, all things considered.
We were happy that we could still do it this year, even if virtually, but as the day got closer I was less and less enthusiastic about trying to do it over a computer. Some of the people on my team I only get to see once a year and I really enjoy that annual face time. Also, as far as computers go, you know me - I know when one's upside down, but that's about the limit of my expertise. It turned out better than I thought, though. The platform they used was pretty intuitive and it was easy to see and hear my teammates. They kept ten categories but had only five questions instead of ten in each, which seemed like too few, but then we got started and realized that if they'd tried to do ten we would have been trivia-ing until two a.m. I pity the poor tech support people acutely.
The presenters would come on screen and say repeatedly that while they were on, everyone's mike and camera were muted. In between them speaking or presenting questions, you could see and chat with your teammates. There was also a team chat window to the side. They said this every time they came on, multiple times. In the last five minutes of the night there were still people in the general chat saying "I can't see or hear my team when the presenters are on. Weird". 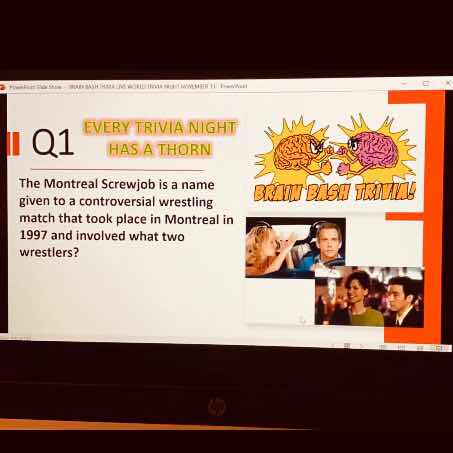 I maintained my usual streak of answering the stupidest questions: "No no, the answer is NOT Pop Tarts, it is TOASTER STRUDEL." I also outed myself as having watched, at various times, Beverly Hills 90210 (only the original - I don't even know if that's better or worse) and the Drew Barrymore masterpiece Poison Ivy. In earlier years I might have hesitated to volunteer this information, or to yell "Ulysses S. Grant" when we were trying to remember who the tenth president was (He was the 18th president, this was very, very wrong, I'm trying to believe my team isn't on the chat right now laughing at me and planning to find a replacement for next year). 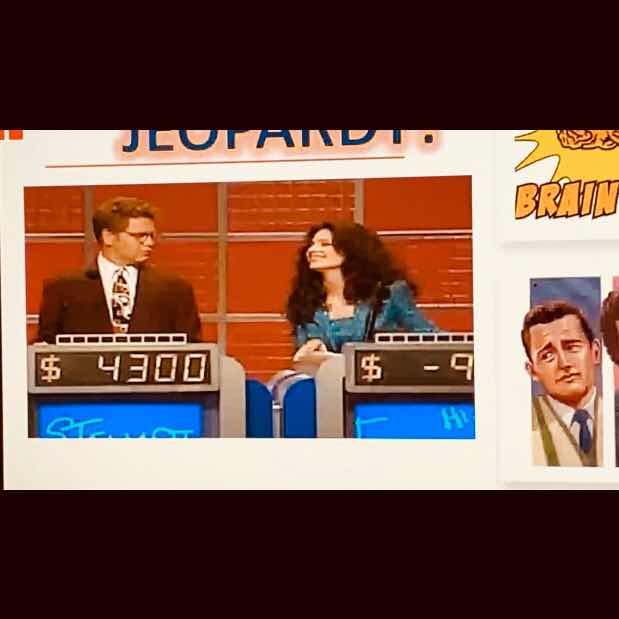 I also did an office shift at my favourite school today, which was fun and less lonely than my regular work day. The principal looked a bit frazzled (what principal isn't this year?) and at noon he said "lunchtime! I think I've earned it." and then went and grabbed his lunch bag and said "I don't know what I'm so excited about, it's just a stupid sandwich". I think next week I have to bring the principal cookies.
I will now refrain from saying anything cheery about the fact that it's Friday the 13th because there are still twenty-four minutes left and I am not a fucking idiot. Good night.
(p.s. It's a rafter. A group of turkeys is called a rafter. You're welcome)

Ernie said…
So much fun. You made me laugh at all the questions/answers but I think my favorite is you imagining your team secretly meeting and contemplating replacing you. I am terrible at trivia and no doubt would be kicked off a team (to clarify: no one would ever invite me on a trivia team so I think I am secure in my not getting kicked off position).

Suz said…
A rafter? Weird!
I love that you are into trivia and were able to continue on this year. I loved, LOVED BH 90210. The original. And I'm not even ashamed. Should I be?