Surly Thursday is BACK, BITCHES

Back when I used to blog more regularly I accidentally started the Surly Thursday tradition - first because it just coincidentally seemed to happen that I had stuff to bitch about on Thursday and then because I liked the companionable 'ur's, I would save stuff up to complain about near the end of the week and theoretically purge the bad stuff before the week-end.

This morning I thought it might be one of those Thursdays where I had to make up stuff, because I felt pretty good. And then I thought back over the past few days and realized that, instead of my usual Slough of Despond at this time of the year, I am instead experiencing brief bouts of exuberant energy interspersed with spates of absolute rage. Last week I was having a perfectly splendid day and then I started to make dinner and suddenly had an overwhelming wave of anxiety and irritability. I then spilled about a tablespoon of dry rice on the floor and OMG, do you have any idea how impossible it is to then clean up every grain of rice and how infuriating it is to feel a grain or two imprint itself into your foot with every step? The rest of dinner prep was me swearing, brushing off my feet and then having to wash my hands again every twenty seconds, swearing, sweeping, vacuuming, and swearing.

The last couple of days have been the beginning of an unseasonably warm stretch of weather, about which everyone is ecstatic except for -- you guessed it. My head hurts, my nose won't stop running, my hair is frizzy and weird and I just want it to be normal November again. Okay, drinks on my friend's back deck last night without my extremities going numb was pleasant, but other than that.

It's also possible that I am PMS-ing right now, which, given the fact that I have been a bit of a raging bitch today is likely, but not confirmable because after my fibroid removal and ablation last year I don't actually get a period anymore. You would think this would preclude my becoming a raging bitch at regular-ish intervals, but apparently not, sorry Hon. 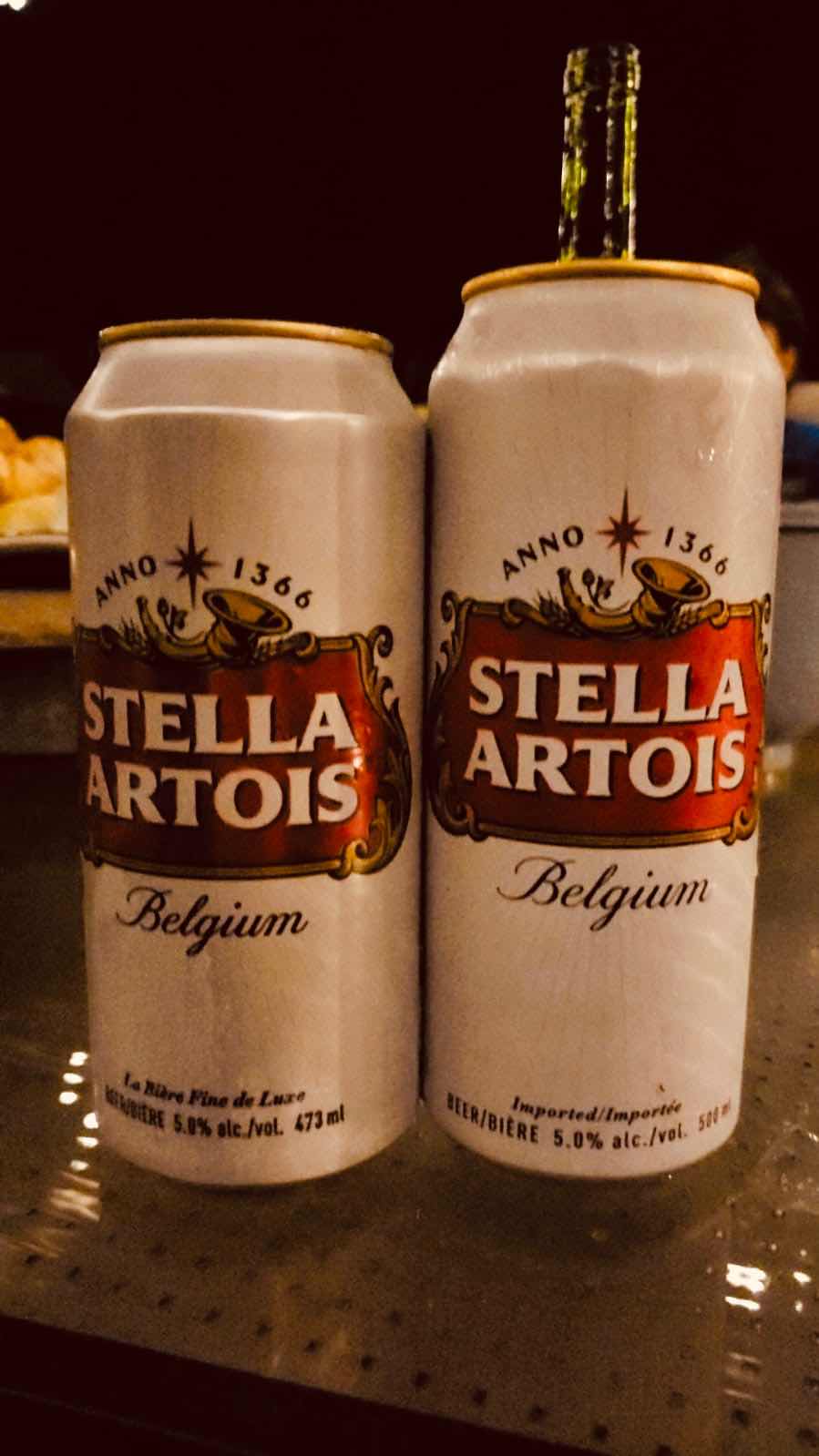 This one is not for me, but my friend Dave, who showed up at our last outside bar night with the unwelcome news that Stella Artois has reduced its can size but is still charging the same price for 24 beer. HEY STELLA, THAT'S NOT COOL. 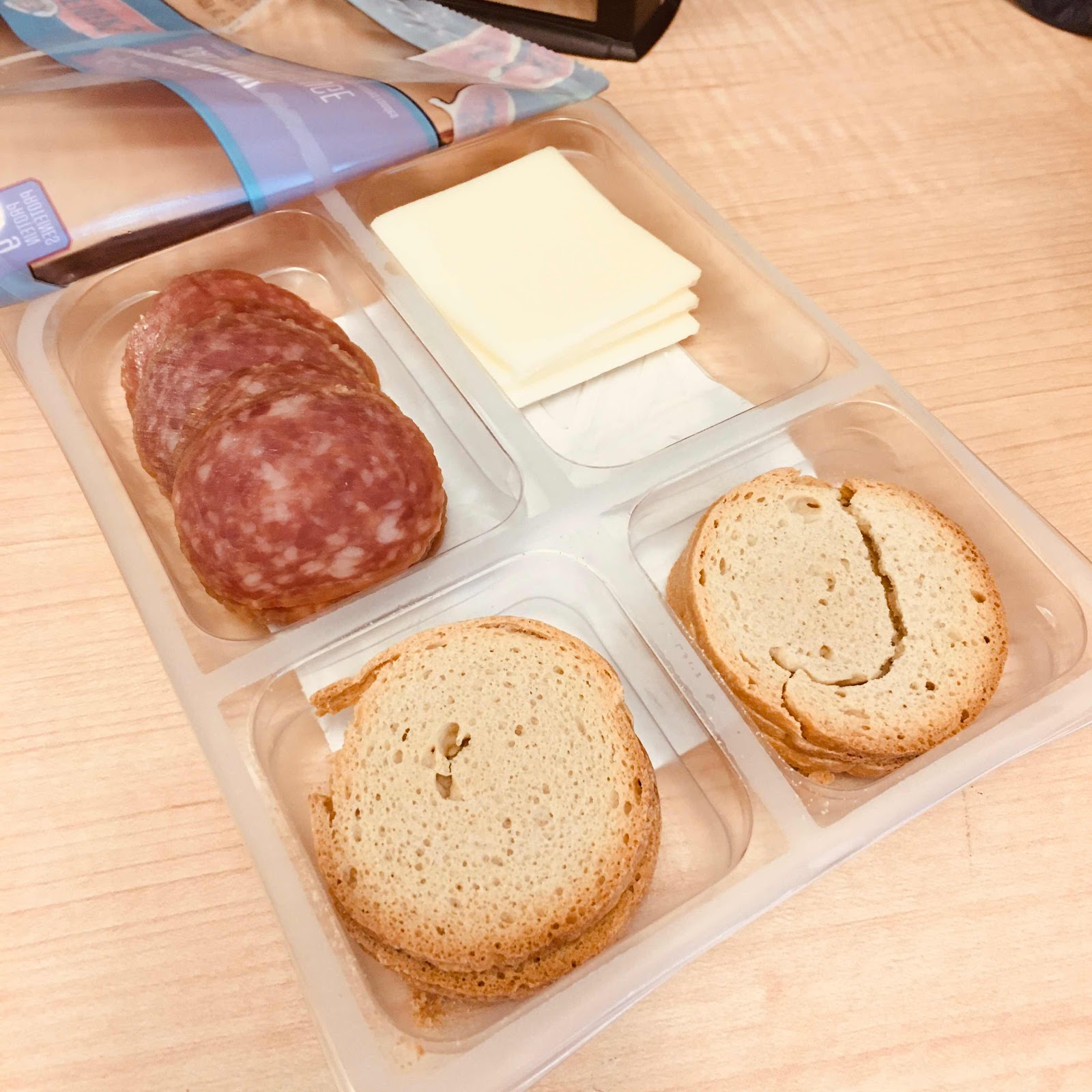 Sometimes I like to buy these grown-up lunchables for work. They're generally great, except there aren't equal numbers of each thing. What am I, going to eat a cheese or salami without stacking it on a cracker in a perfect little tower? Wth, Schneiders? 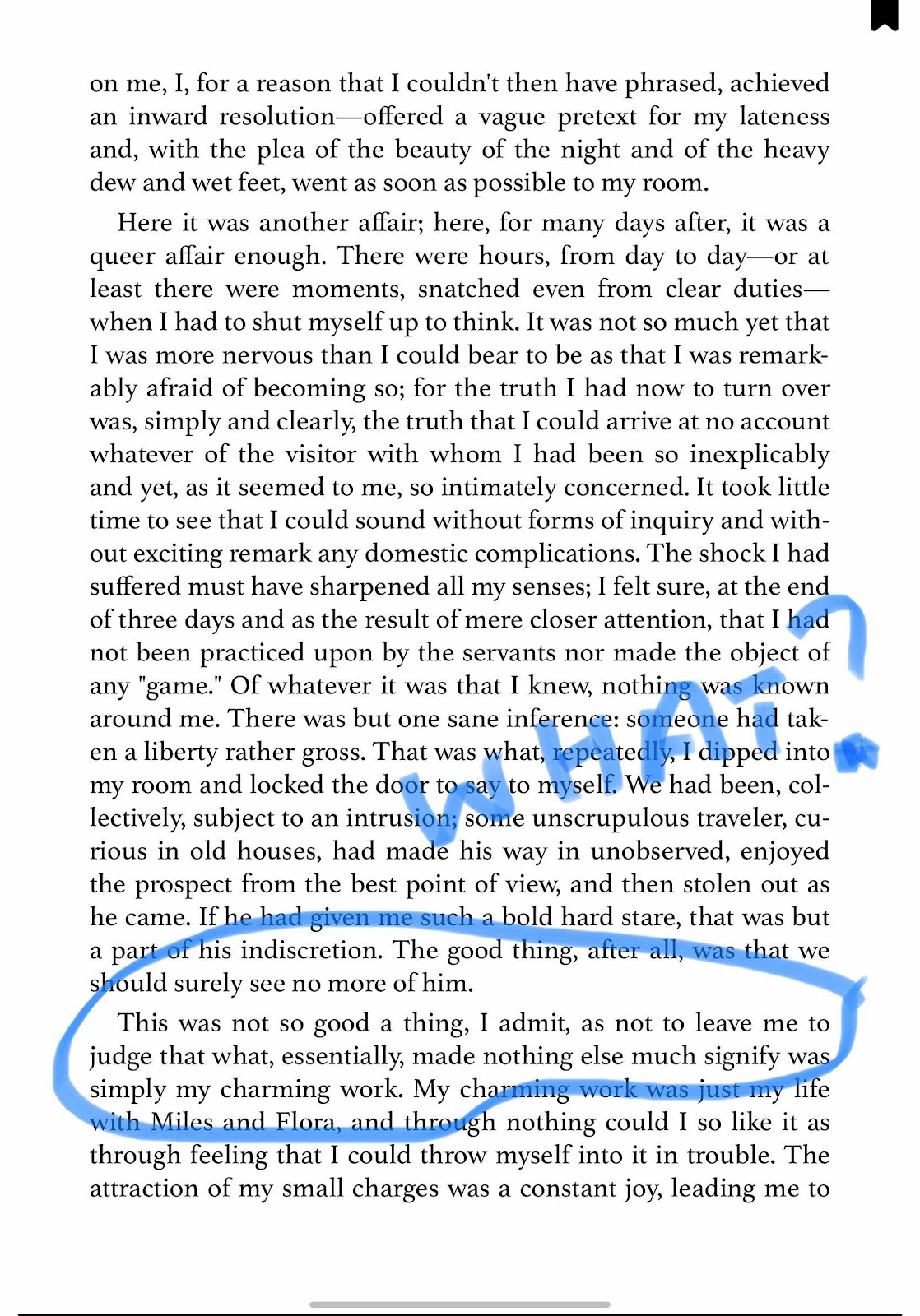 I was reading and reviewing a bunch of scary books and novellas in October and took another crack at Henry James's The Turn of the Screw, which I found unfrightening and a bit of a snore the first time I read it. I figured maybe I was old and sophisticated enough to appreciate a more subtle class of horror now. I was wrong. It was a little bit more interesting, but still not scary, and while I did a bit better with the Jamesian long, meandering sentence, there were a few times where I became completely lost in all the indirect objects and subordinate clauses. To wit: "This was not so good a thing, I admit, as not to leave me to judge that what, essentially, made nothing else much signify was simply my charming work."

Um? Mr. James, did you just have a small cerebro-vascular incident, or did I? Did we really need two 'nots' AND an 'essentially' in there?

Wait, I just read it again and I think I finally understand. Which is still annoying, because now I feel dumb for putting it in here when maybe it's NOT EVEN THAT ANNOYING, SCREW YOU HENRY JAMES.

Okay. I feel better. Feel free to vent in the comments about whatever is chapping your butt currently.

Nicole MacPherson said…
I have tried many times to read The Turn of the Screw and I have never been successful.
November 6, 2020 at 4:26 AM

Ernie said…
Tank started a fever last night. So that SUCKS. My brand new babysitting people were supposed to start today. They're not. Trying like crazy to find a rapid test. Impossible. Um Coach is in health care and his clinic would be lost without him for weeks. I would be out some serious dough cancelling my sitting. Curly might be totally messed up for Midwest Irish dancing championships.

On top of that, (much less stressful but very irritating and your reference to this book reminds me), I have to do 2 peer critiques for my writing class. Both were so bad I wanted to cry.
November 6, 2020 at 5:30 AM

It's oddly warm here, too, a long stretch of 70-plus F days, starting today. I am wearing shorts and we're going out for iced drinks at Starbucks this afternoon.

Sarah said…
The key to getting the cracker/cheese/salami ratio correct is: 1 cheese and 2 salami per cracker. It's taken me some time but it works perfectly that way.
November 6, 2020 at 11:24 AM

Just looking at your cheese and crackers has me drooling. I get the dysfunctional cracker/cheese ratio issue, but with my cholesterol issue, I might never have a piece of cheese again. That's MY VENT!