Matt started tearing apart the powder room this morning to get ready for painting - took down the mirror and light fixture that had been up for twenty-ish years and did not go easily, started patching the walls and deciding what to do with the floor.

I wandered down for breakfast and he said "I'm thinking of doing something weird with the floor". I said "Okay." He said "apparently you can paint linoleum". I said "okay". It did sound weird, but it's a tiny area and if it went horribly wrong he would be the one dealing with the fallout, so I was willing to roll with it. 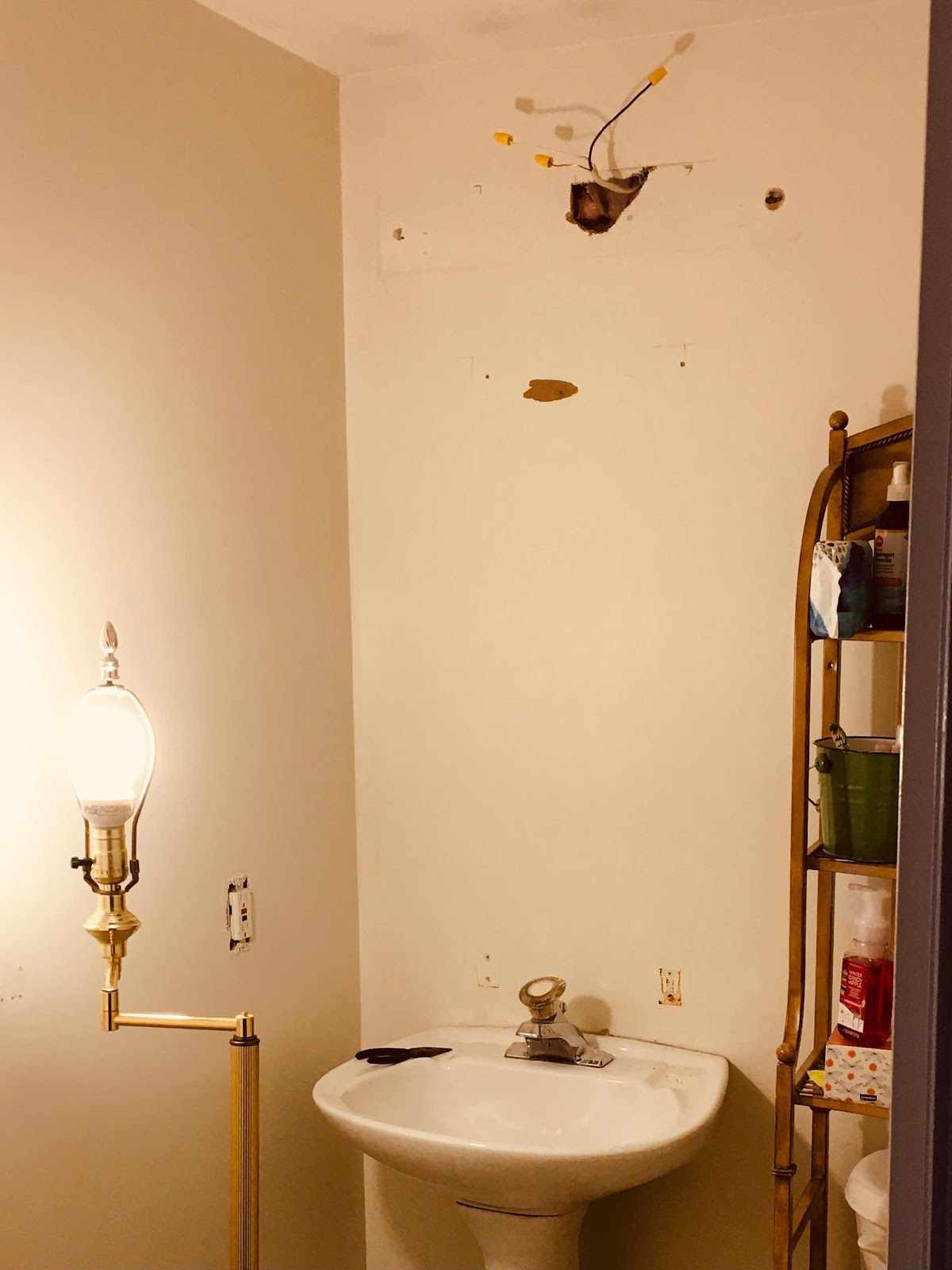 Eve was dropped off by her friend after school right then and she walked in and heard Matt say he was going to paint the floor and she looked astounded and said "...is that allowed?"

We had a lazy afternoon because everyone has had a busy week - I finished the most recent Lynn Coady book, which always makes me wonder why I don't just spend most of my life reading Lynn Coady books. We read Mean Boy for book club many years ago, and I think it was the first Can Lit book I had ever read that didn't have incest or child abuse in it and it felt like the harbinger of a new age.

Then we ordered Vietnamese and watched The Happiest Season. My social media feed was all abuzz about it a few weeks ago - the Big Gay Christmas Movie - and people were worried that since it was Hulu we wouldn't get it in Canada.

It was ... fun. If I'd stopped to think about it beforehand I probably would have realized that it was going to be difficult to make the whole "my girlfriend brought me home for Christmas but is pretending we're only roommates" thing really funny. I felt a bit like I did watching The Birdcage - the crucial mistake for me is that the filmmakers have the son ask his dads to pretend to be straight so he can introduce them to his fiancé's conservative parents. If the dads had found out about the parents and offered to pretend to be straight, I could have gotten on board more easily.

So a lot of what was supposed to be funny just came off as terrible and mean. I also felt like the writing could have been slightly better - some of the banter was funny and some of it felt like it was trying too hard. Granted, this is likely because post-West-Wing tv era all banter must be Peak Funny or it feels lacking. I asked Eve if she was enjoying it and she said "relax, Mom, it doesn't have to be amazing, it just has to be gay. Are the hetero Christmas movies all good?" Touché. And then subsequent scenes sort of redeemed things a bit, and in the end I was won over. It was funny knowing that Victor Garber, who plays the conservative dad, is gay in real life.

Midway through the movie Eve said "oh my god, if you're painting the FLOOR, you can just, like... pour paint on the floor. On purpose."

Something the mother in the movie said reminded me of a friend in university telling a story about some older woman who at some point realized that her children still had a lifetime of new experiences ahead of them and nothing new was going to happen to her. Even at the time this sounded like bullshit to me (we didn't stay friends for long after university) because, well, it was bullshit. I started a new job at 47. Matt's grandmother had her first art show in her seventies. Laura Ingalls Wilder published her first book at 65. As long as you're willing to stay open and curious, new things can keep happening to you literally until the day you die. A nice bonus is that (I find) you give fewer and fewer fucks about being embarrassed or doing things wrong the older you get, so most of those new things are just fun.

I think one of our new things might not actually be painting a linoleum floor though, because Matt's decided to go another way. Eve might just pour some paint on the floor for fun before we rip it up, though.

Beth and I did that pretend-to-be-straight-friends one Thanksgiving when we were spending it with conservative friends of Beth's brother. It's not funny in real life. What's worse is I also had to hide the fact that I was pregnant with Noah at the time (and really sick a lot of the time) because it would have raised questions about my family structure. I can't imagine why we agreed to this. I guess 33-year-old me was more of a pushover than 53-year-old me, which brings me back to your point about aging.
November 27, 2020 at 6:47 PM

Ernie said…
Coach is a big do-it-yourself guy. I think I will withhold the idea that floor can be painted from him. Excited to see what you decide to put down there. So many options lately, like those fake planks of wood flooring.

I have not heard of that movie. The girls and I just finished Dead to Me and promptly started the Crown. Not sure I will have time for any other shows if we are committing to that one. Have I mentioned how much I love Netflix.
November 28, 2020 at 4:42 AM

Nicole MacPherson said…
This is my favourite thing ever: "As long as you're willing to stay open and curious, new things can keep happening to you literally until the day you die. A nice bonus is that (I find) you give fewer and fewer fucks about being embarrassed or doing things wrong the older you get, so most of those new things are just fun."
I am now deeply invested in painting the linoleum. We painted the concrete in our laundry area, and it was not great. It looked great for a while and then...no.
November 28, 2020 at 7:57 AM

We watched The Happiest Season all together on Friday night. North liked it unreservedly. Noah didn't have much to say about it-- he rarely does unless you ask him. Beth said it felt like the stakes of the main conflict were higher, less contrived, than they usually are in this kind of holiday romance. (And a couple friends of mine have said they were actually pulling for the couple to break up, which I actually understand.) I realize I'm saying what everyone else thought of it and not what I did. I wanted it to be light holiday entertainment, not high art, and it mostly was, but the cruelty of the situation did intrude sometimes. I was quite aware that some of Harper's situation-- a hidden lesbian relationship in high school that ended badly followed by a fake straight relationship (not that the boy knew it was fake) mirrored Beth's high school experience. That helped me be a little more forgiving of Harper (not that Beth was badly behaved, but she was never found out either so who knows how that could have gone-- it was the 80s in West Virginia).
December 6, 2020 at 3:29 PM

Busy Bee Suz said…
I've not heard of this movie; hmmm....I'm out of the loop.

Painting the linoleum? I'm not sure about that, so I'll be interested to see what Matt comes up with!

I do love your advice. We still have new experiences and learning every.damn.day. And I give way less energy into what people think or care anymore in regards to myself. I'm gonna do me. :)
December 7, 2020 at 6:20 AM