So Angus texted us this the other night: 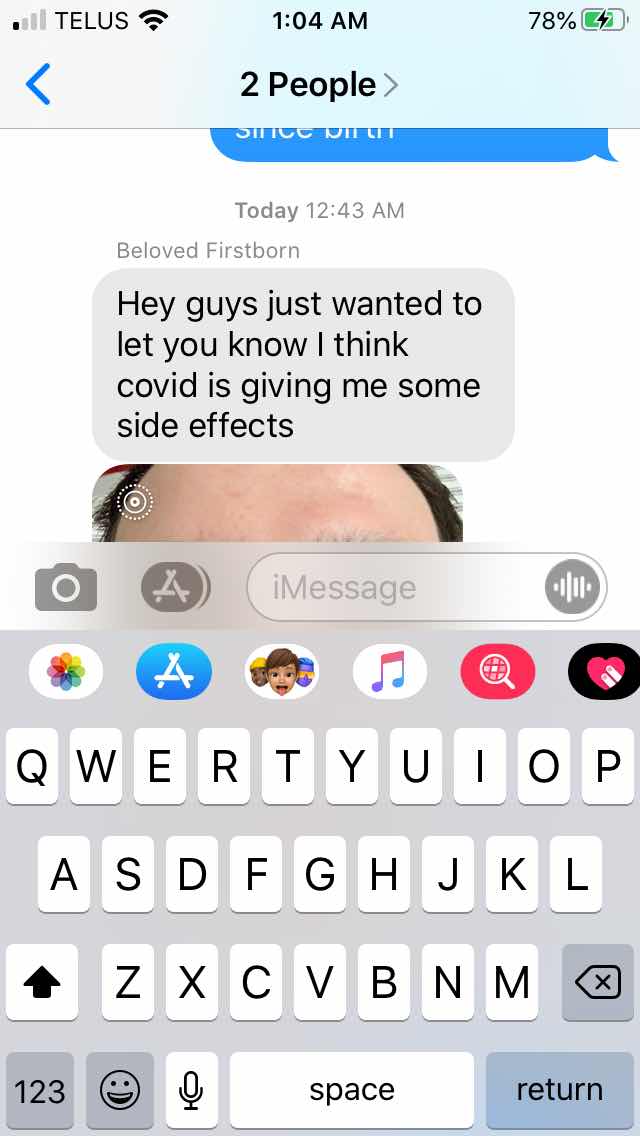 So I had a minor heart attack. Then he texted this: 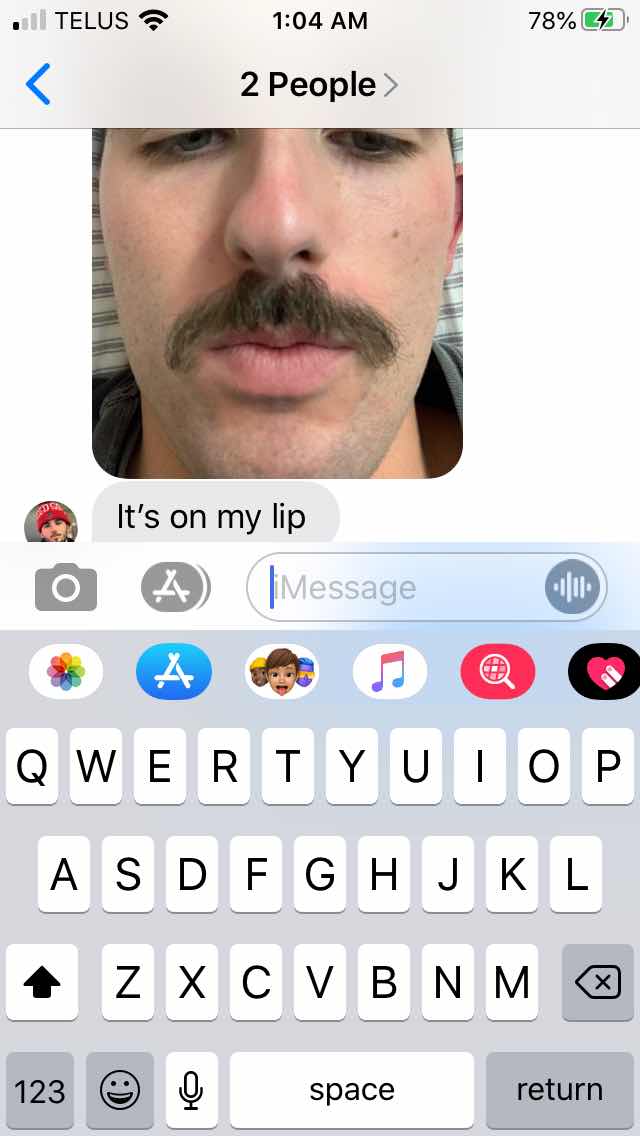 So naturally I disowned the little shit.

Taking Eve to get tested was easier than I expected, considering we had been hearing about five-hour lineups at testing centers in Ottawa. We called a place a little further out at nine a.m. and got a window of between eleven and twelve. She was supposed to be in school, but for math she is able to follow in online if she can't be there, so she was listening to the lesson on her phone as we drove.

We found the place and parked. 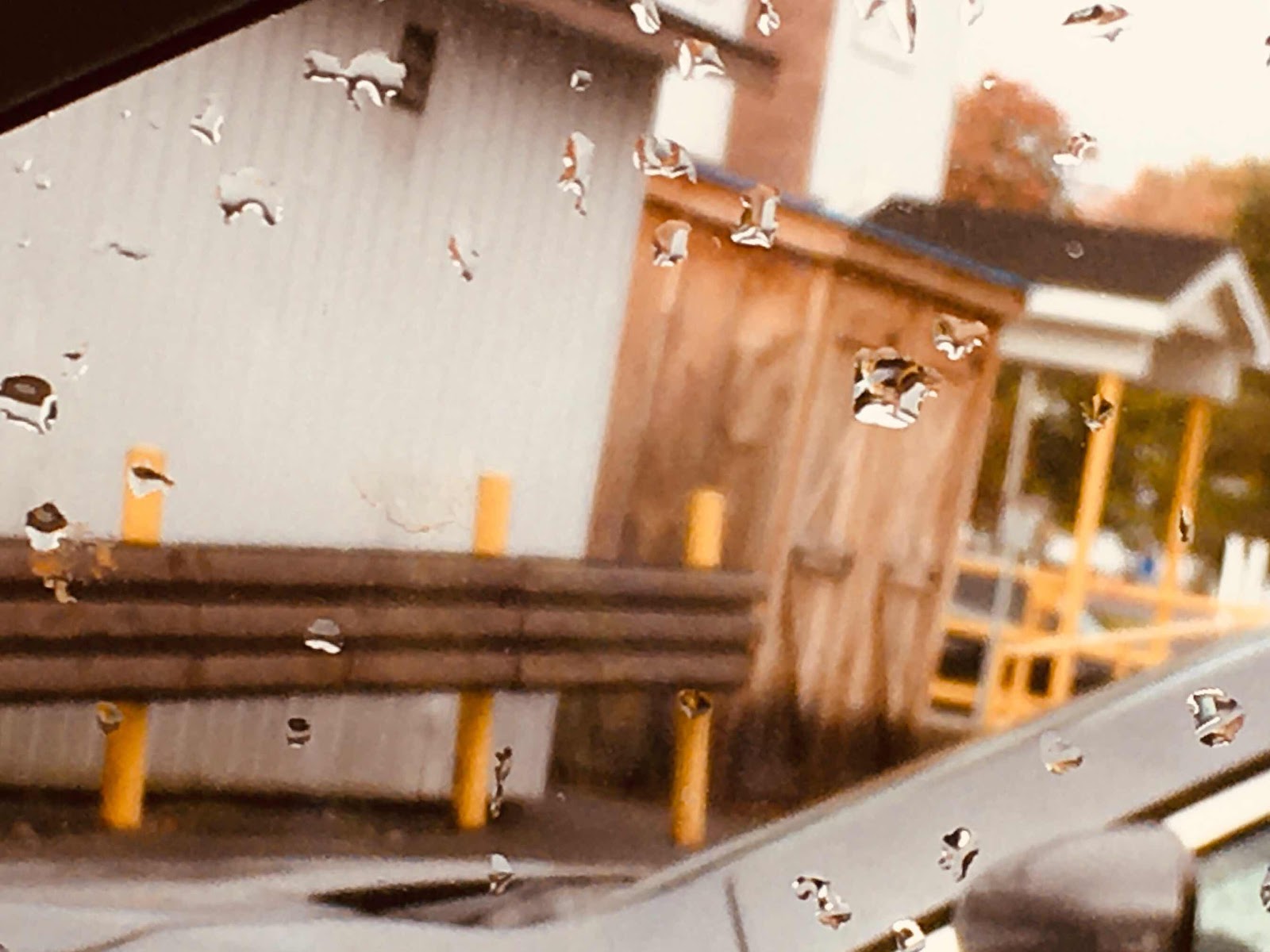 They called us and checked her health card number and told her to come to the back door. She went in and I drove around to the front door and she came out almost immediately. She'd been pretty nervous about the test but said it wasn't bad at all (she had the two nostrils and throat swab - I have since been tested in just the one nostril and I did not KNOW my nostril went up that high, so I am glad she had a better experience). 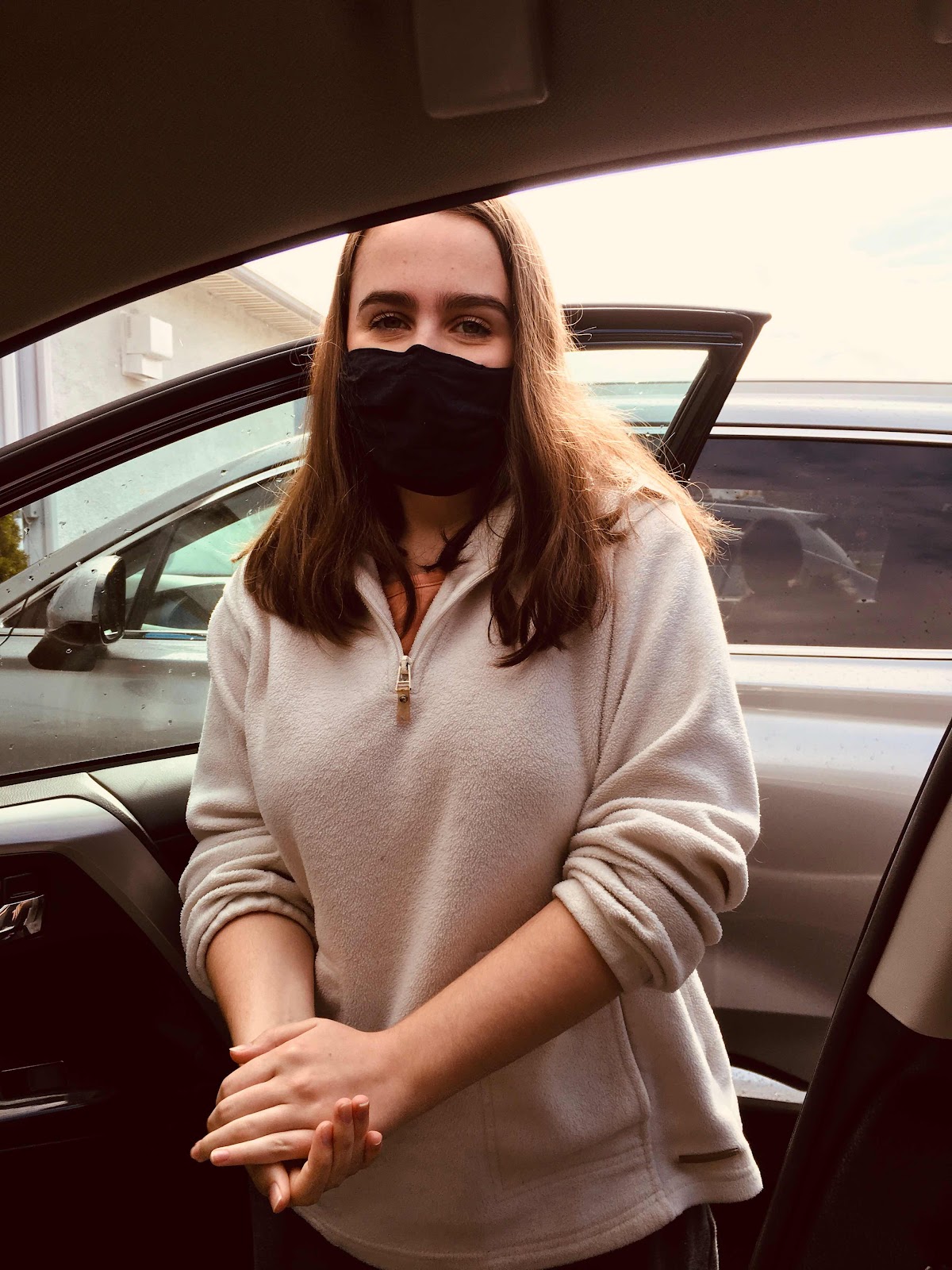 So that was all good. Then we got home and I went on Twitter and experienced the weirdest instance of Bader-Meinhof phenomenon of my entire life: 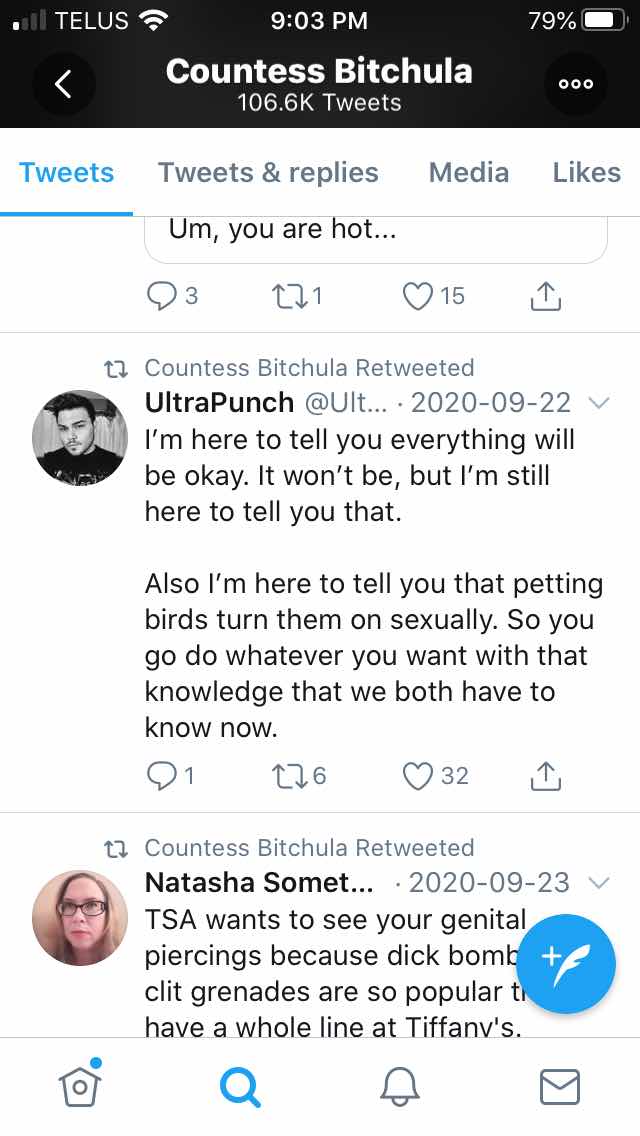 StephLove said…
North's been tested for covid six times, because they need to have one every time they're admitted to the hospital or have a scheduled procedure like an MRI. No one else in the family has been tested. They're our canary in the coal mine.
October 18, 2020 at 7:12 AM

Shame on that boy for getting you momentarily worked up.

I am not sure I would survive a nostril test. For real.