We headed over the border on the week-end to watch Angus's team play baseball. Matt went a couple of weeks ago, but this was the first time in two years for me. There are only a few games left, and it's all extremely bittersweet, but I'm trying to focus on the positive.

We left Saturday morning to catch the games starting at one. The border was a bit of a shitshow, being the first week-end you could cross into the U.S. and not need a Covid test to come back home. Angus was starting, so due to the slow border crossing we missed some of his pitching - I was following along on the stats app as we drove into the county and up the winding road to the little community college diamond they're playing at since they're between home fields right now. We could see he was doing well - I mean, I could see he was doing well once Matt explained to me what all the little dots and circles on the app meant. 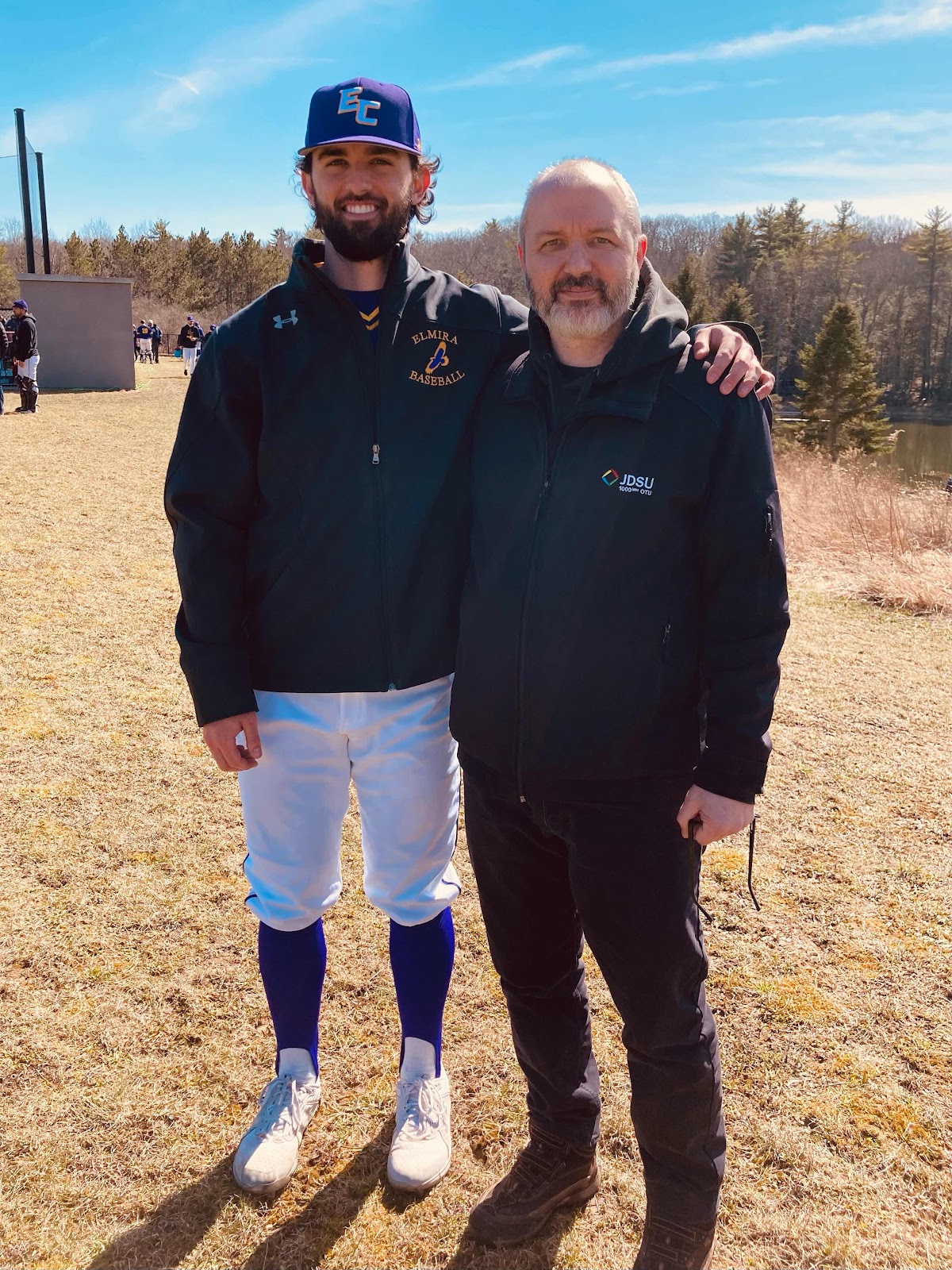 A bit after we got there, our coach put a new pitcher in. The wheels came off a bit and the other team scored five runs in one inning. A couple of years ago this would have been all she wrote, but they have a new coach this year and it's done their defensive game a world of good. They're also hitting better than they have in the past, and they came back to win the game by one, which was amazing to see. 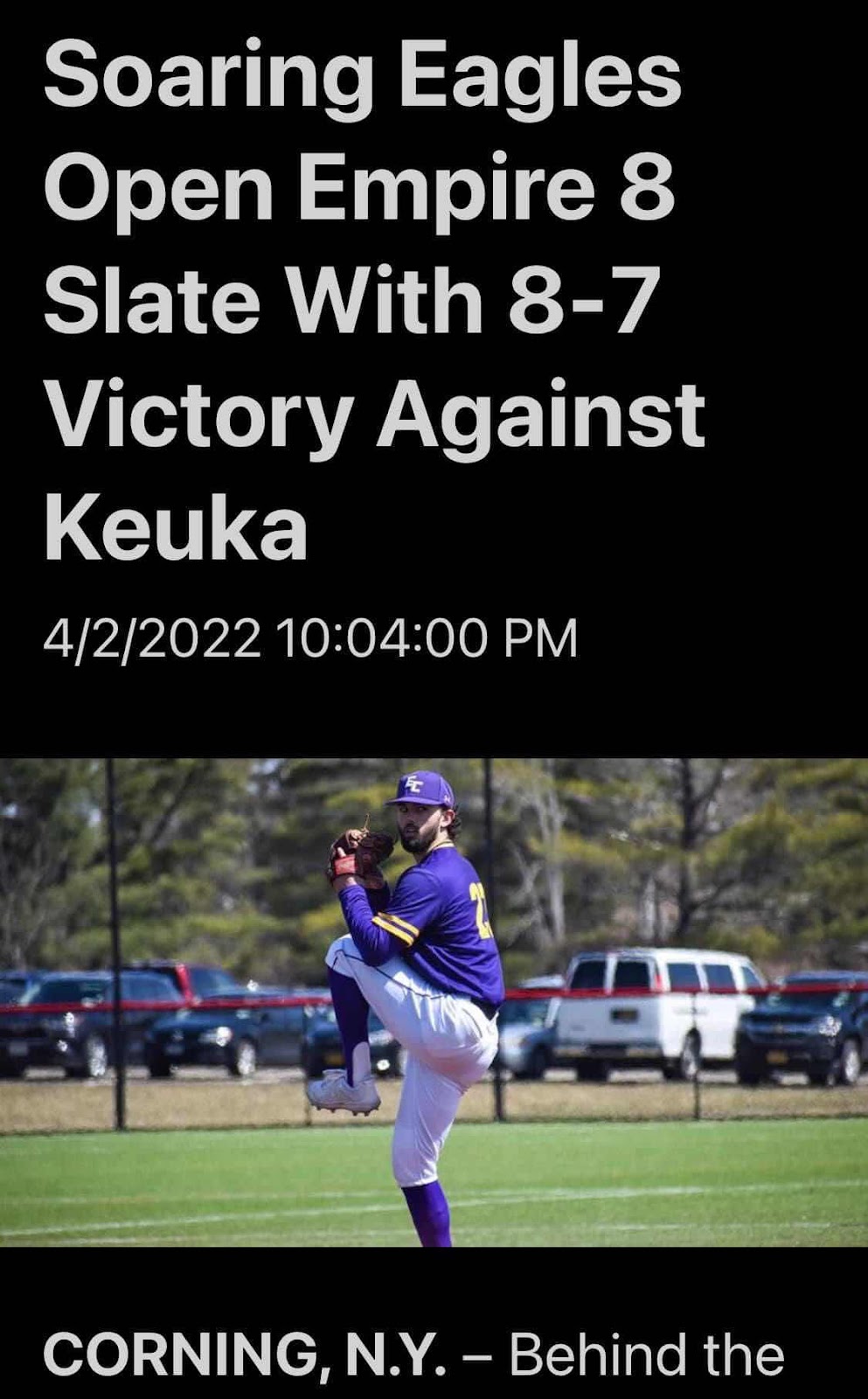 I was prepared with many layers of warm clothing because Matt had frozen has ass off the week before and they actually had to pause one of the games for a snow squall - there was an inside-the-park home run because the white ball was indistinguishable from the white snow and the white sky. It was cold, but the sun was out and for the first game I actually had to take my sweatshirt off because I was too warm. The day before I had said to my parents that this would probably be like the game two years ago in Canton just over the border, where we froze all day but ended up with sunburned faces, and I should wear sunscreen.

I did not wear sunscreen. My face is sunburned.

The second game was proceeding evenly, with each team scoring a run or two in each inning. The fourth inning seemed to go on forever. The other team pulled ahead, then it was tied 6-6. It was getting cold and our butts were tired of the metal stands. It gets to the point where you know it's wrong to just want someone - anyone! - to end the game. I went to grab something from the car in the 11th and heard some yelling. I looked at the scoreboard on my way back to our seats and started laughing. 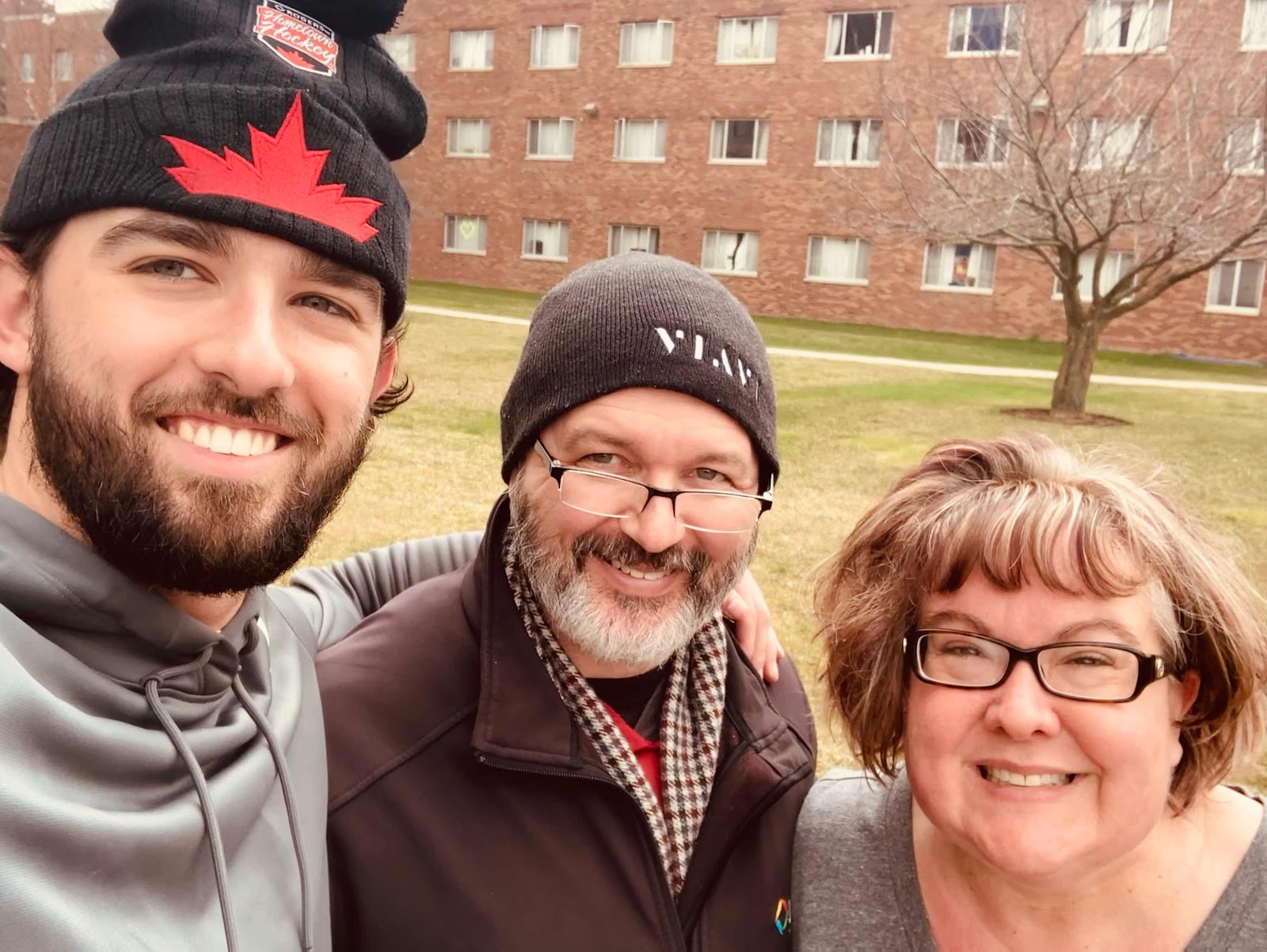 We drove for a bit and decided to stop for lunch in Cortland. I punched 'restaurants' into the gps and we picked the first interesting name - Hairy Tony's. I was expecting a quirky hole-in-the-wall but it was more of a gastropub deal - staff was very friendly and the food was really good. I had a balsamic chicken wrap and the side was a fruit and yogurt parfait, which seemed a little odd but turned out to be exactly what I wanted.

It felt pretty strange crossing the border, and staying in a hotel, and seeing a bunch of people, and it was a lot of driving in two days, but it was completely worth it to sit in the son watching baseball, and get to hug and thank the people who basically adopted Angus for week-ends and Easter and Thanksgiving dinner. Plus we don't seem to have imported any American Covid, so that's a plus.

After we got home Angus sent me this: 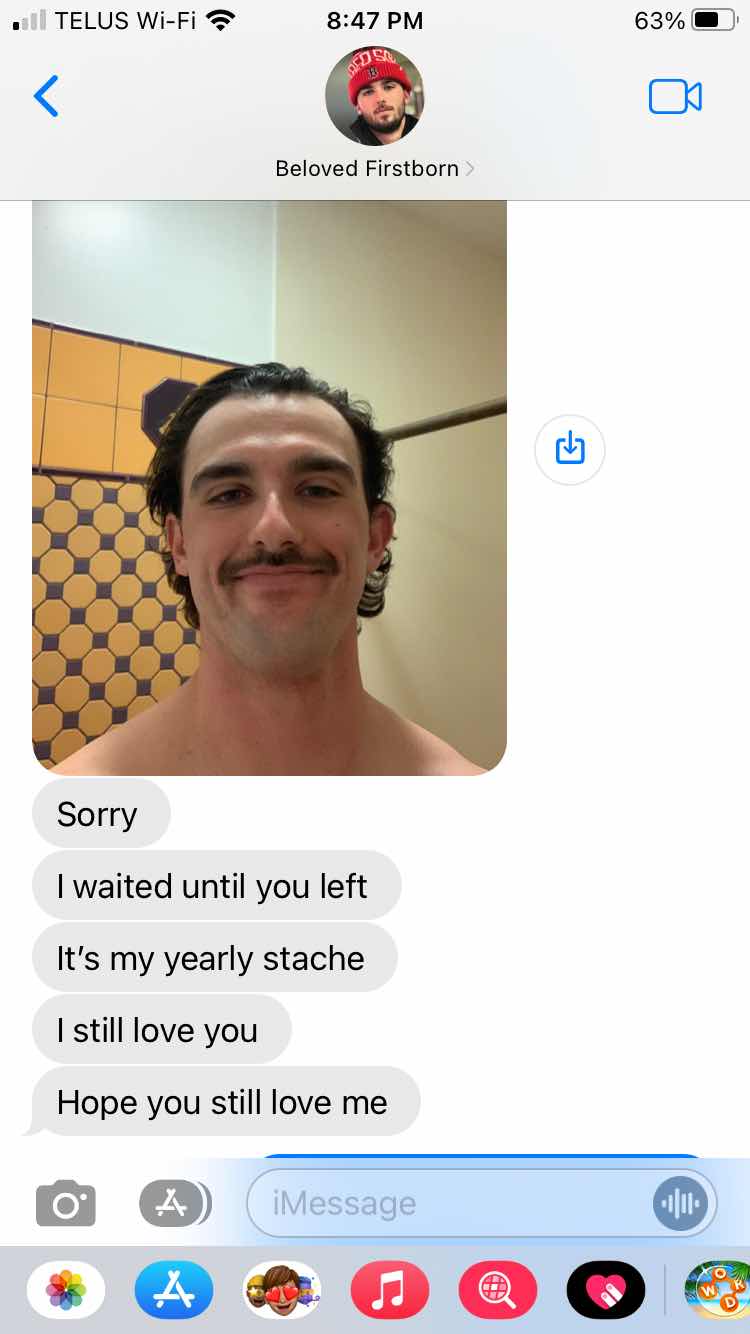 This was our next exchange:

Nicole said…
Those jeans are super cute on you!

I'm so glad you were able to go watch him play, even if it was the longest game in the history of ever and you had to move into the ball diamond. Enjoy your new home!

StephLove said…
How fun to be able to watch him play again (if maybe a little longer than you wanted) and to explore the campus.

Ernie said…
I'm not exactly a fashionisto but I must be getting better with age, because I was gonna mention how cute your jeans are and Nicole made a similar comment. Nicole tends to have really good fashion sense, so I'm feeling very hip.

Love that this weekend worked out and that you got to see him play. That was one long ass game. Baseball always feels long to me to begin with, but whoa.

The meal sounds yummy and I agree, an odd side but that would've been right up my alley.

Tudor said…
Those jeans are great! My friend and I were saying the other day that whenever we try a new type of clothing we feel like imposters until we've worn it a few times (we both bought ridiculously long dog-walking coats this year) and we feel like everyone will look at us and thnk "there's a woman trying to wear a new style." I don't know whether you wear those type of jeans all the time, but you certainly make it LOOK like you do, so I tip my hat to you.
April 7, 2022 at 11:34 AM

Busy Bee Suz said…
He's a funny (and handsome) young man. I'm so happy you all had some time together. The sun is not our friend and sneakily burns us even when the weather feels beautiful.
So, you didn't bring back any American Covid home, but did you bring any Canadian Covid here? 😜
April 7, 2022 at 1:39 PM

Suzanne said…
I somehow missed this post, but it is hilarious. And I am glad that you got to see the game... but baseball needs (in my humble opinion) to be SHORTER, not longer. Sounds kind of excruciating.

My husband likes to grow his facial hair out and then shave everything but his mustache because he knows how incredibly creepy I think it looks. I recently discovered my brother does the same thing. Why. WHY.