November 26, 2021
Yesterday I set out for a drive I’ve done many times, several of them in the past three months. I felt unaccountably anxious this time. I asked for good thoughts on Facebook and drove a little more slowly than usual. I stopped at the third rest stop (I usually stop at the second one. I don’t really know why. I felt slightly superstitious about changing the routine. I tried to convince my loopy sense of superstition that it was GOOD to change the routine, which makes no sense either). I checked my phone and had multiple kind responses to my good thoughts request and I felt better. I ate my hamburger while driving without spilling ketchup on my white t-shirt, which was also a positive.
I had been planning to stay alone at the hotel last night and see Eve today because she had school work to finish. She called when I was about an hour away and said screw that, she was coming to have a sleepover at the hotel. So I picked her up and we watched the season three finale of Rupaul’s Drag Race UK and it was sublime. 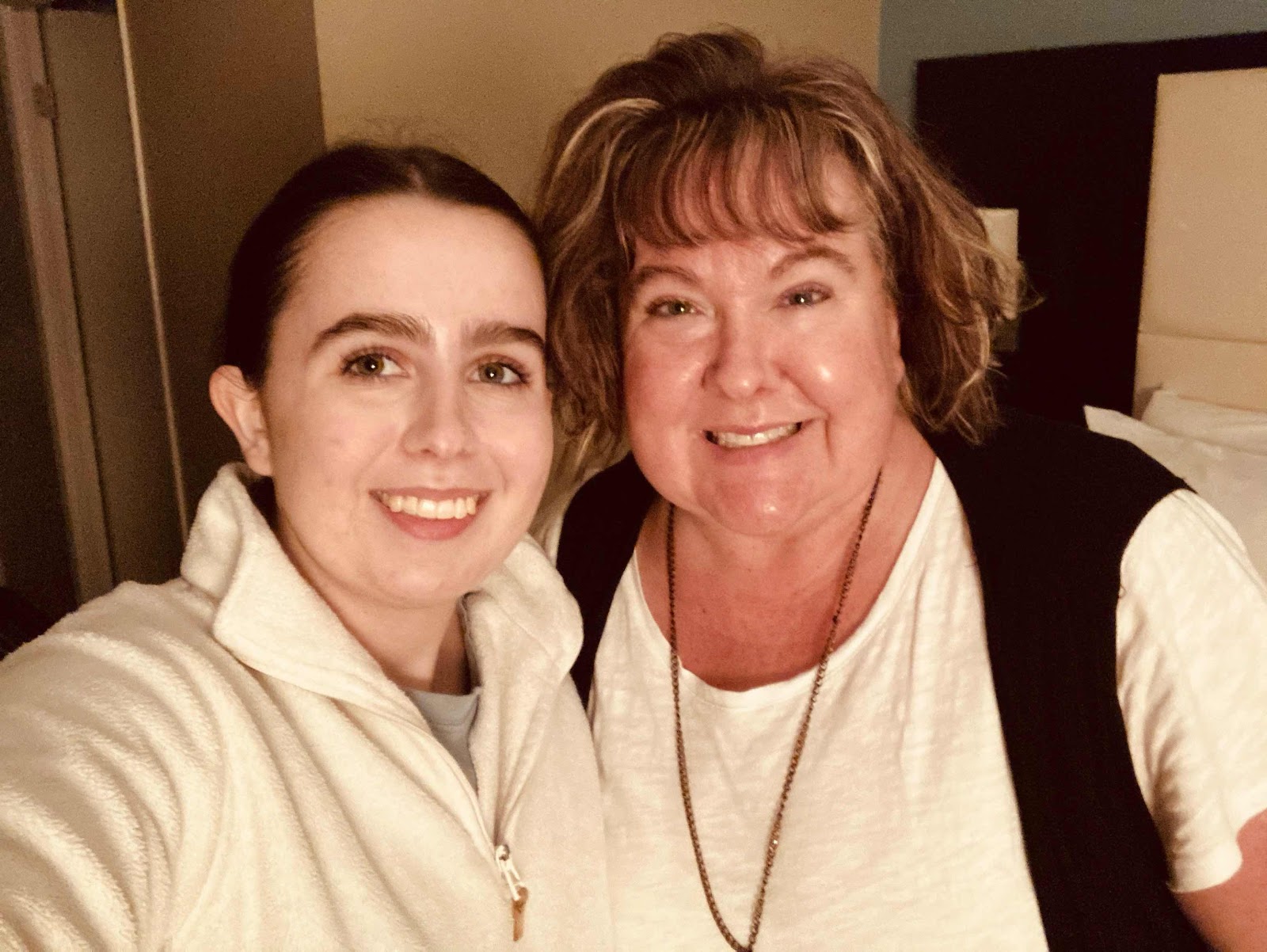 Because this is short, I am also bestowing on you one of the exchanges from a running WhatsApp chat with our friend group. My friends are smart and weird and awesome and I present this without permission (and probably won’t get forgiveness. I like to live dangerously (refer back to the hamburger/white t-shirt situation).) 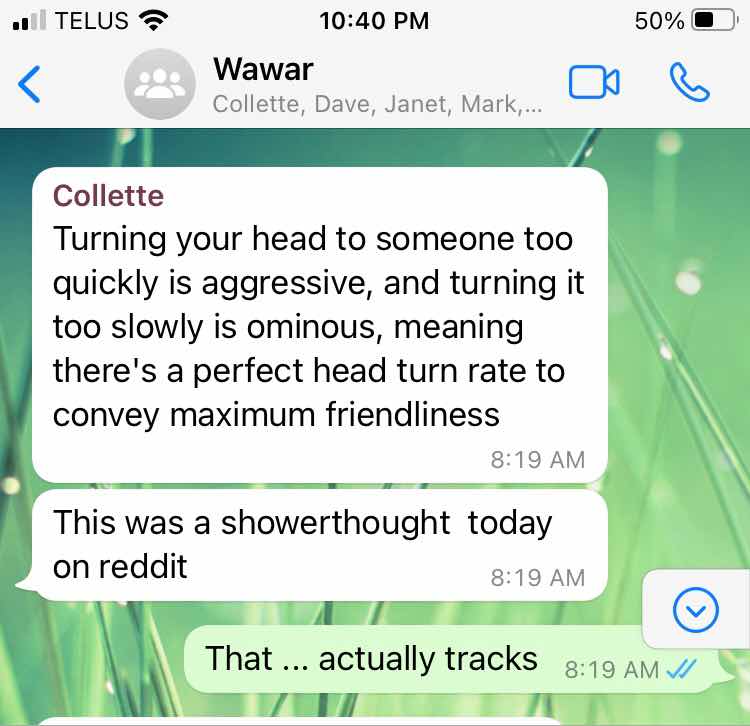 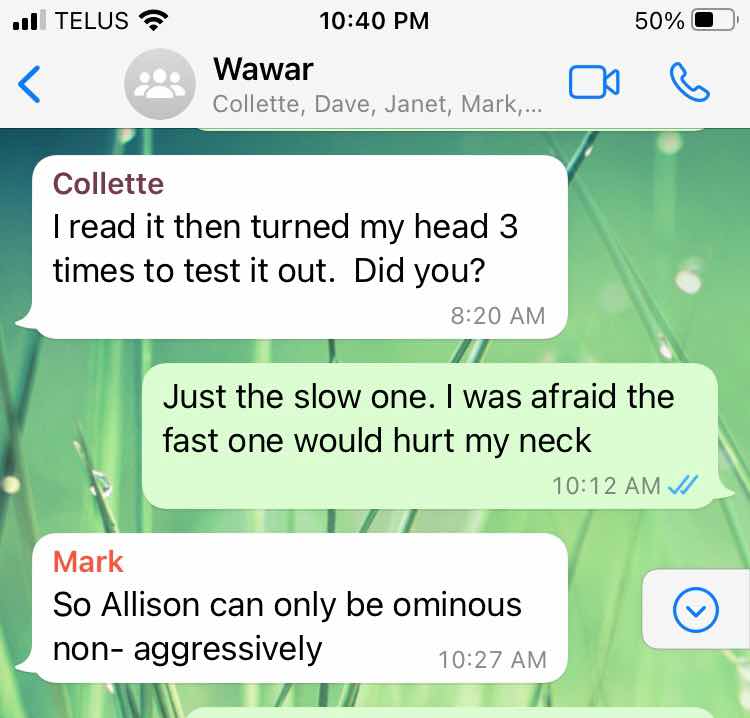 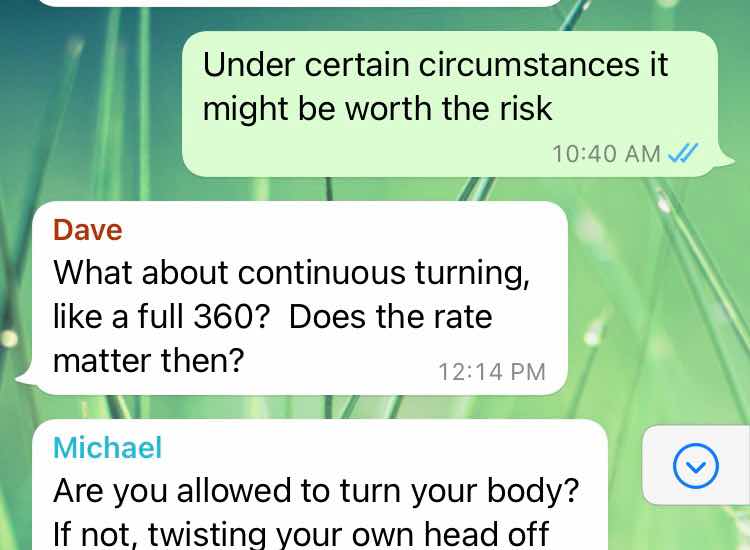 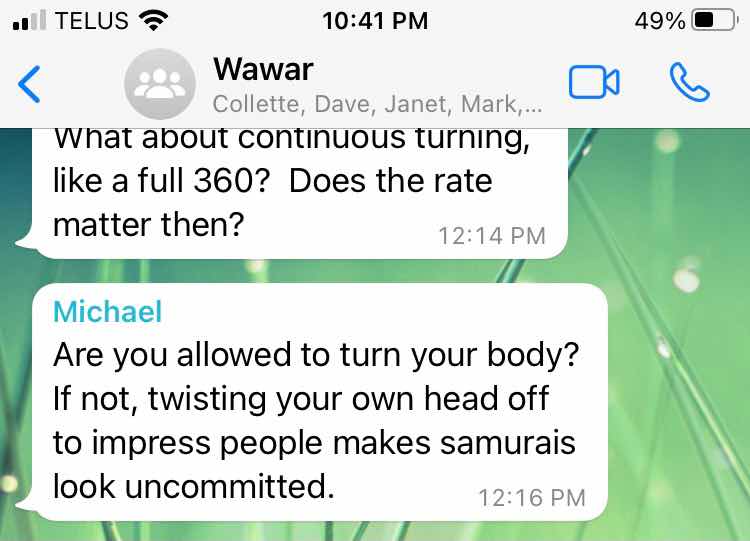 Nicole said…
Well, now I will be forever wondering what people are thinking when I turn my head towards them - aggressive or ominous. Eep.
November 27, 2021 at 6:26 AM

Ernie said…
I'm guaranteed to drop some form of food on myself if I eat while driving. You are so talented. The head turning thought process is definitely something I've never considered. Twisting your own head off seems unadvisable.
November 28, 2021 at 8:09 AM

StephLove said…
That's some moxie, eating food with ketchup in the car in a white shirt. Beth does not like to lend me clothes because I am apt to get ketchup (or something else) on them even while stationary.
November 30, 2021 at 4:42 AM