NaBloPoMo Day 9: Bidding a Fond Farewell to the Tattered Remnants of My Powers of Recall

Remember that time I forgot to buy Staples AT STAPLES? I do, although I expect I won't for much longer, given the present state of things.

Yesterday I made a giant pulled pork roast in the crock pot. I texted one friend that I could drop some off for her (single mom with busy job and school-aged kids). She said she'd swing by after work. She did. I gave her the pulled pork. Right after she left, I opened the garage and saw the boxed-up snowman decoration that I've been meaning to give her for the kids since LAST CHRISTMAS. She was ON MY FRONT STEP, three feet away from it, and yet...

Then Jody (HI JODY) came to pick me up to go to IKEA again. I haven't been to IKEA more than once every two years forever and now we practically have a standing weekly date because our daughters moved out and we have houses to rearrange and make more storage efficient, plus, cheap meatballs. We went to IKEA and then The Linen Chest , where Jody stuck her face in a candle at the cash and said it smelled good, and then I looked at it and naturally the description was in both official languages (it's a candle/c'est une bougie) and I said, with far more enthusiasm than originality, "look at that bougie candle" and then we realized it cost A HUNDRED AND FORTY-THREE DOLLARS - it really WAS a bougie candle. 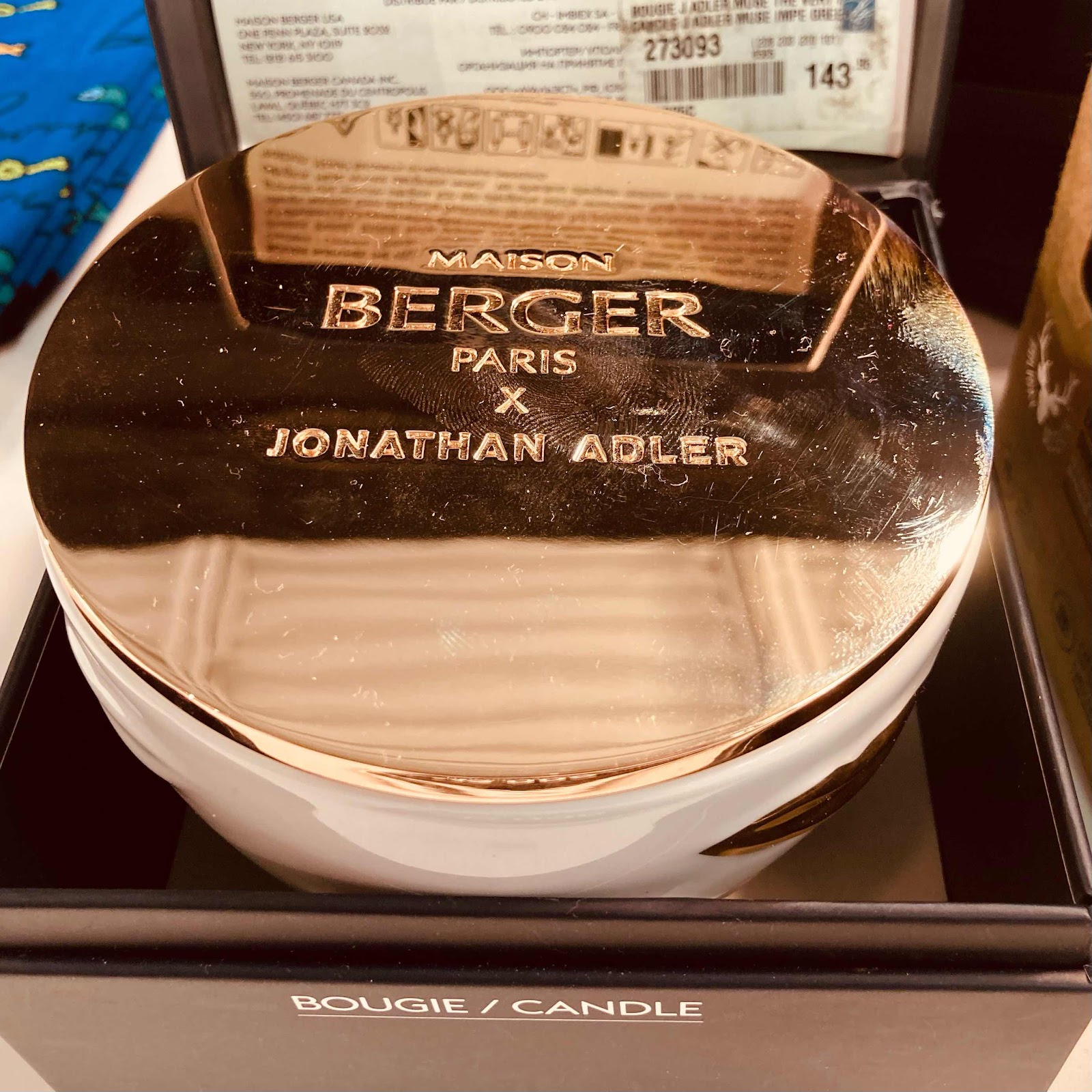 Then we went to Indigo because Jody needed Hanukkah candles. They usually have good stocking stuffers too, and I don't know if you know the Indigo Faux Fur Throw Christmas tradition, but it's basically that they have these ludicrously fuzzy blankets that come in a couple of basic colours and then new colours every year, and they're ridiculously overpriced at 80 dollars, but if you spend fifty bucks on anything else you can buy them for the only moderately overpriced thirty dollars or so. The joke in our family is that we frequently say we don't need anymore Indigo faux fur throws, and yet every time the sales person begins asking "and since you've spent fifty dollars or more, are you interested in one of our throws..." I am powerless to say anything but "yes!" Everyone has one on their bed, there are three on the upstairs couch, one on the downstairs couch, and Lucy has her own - it sits on the end of the couch where she sleeps, and occasionally someone else will use it and she sits there and stares them down until they give it up or at least share (I am clear on the vicious irony of me calling anyone else bougie, just so you know). I also give them as presents because who doesn't like getting a fuzzy blanket in Dusty Rose or Snowfall or Midnight or Emerald?

Then Jody brought me home and came INSIDE MY HOUSE to help me pimp out my couch with the new cushions and the Brand New Indigo Faux Fur throw I had just bought to go with the other two. She was in my house. I had a container of pulled pork in the fridge for her. Did I give it to her? Reader, I did not.

Today I went to work and did work stuff and then I went to Shoppers Drug Mart for a couple of things and then the grocery store and the bakery. Then I realized that I had been in the drugstore, where my prescription that is supposed to help my legs stop being restless so I can get some fucking sleep and stop forgetting shit was waiting. Did I pick it up? Reader, obviously I fucking did not.

I'm getting pretty good at the attendance process at school. I only had to print out the administration list twice before it was ready for the binder - sometimes it's five or six times. Clearly there's some kind of Law of Conservation of Remembering Shit in play here, so I can get my work done but I have to be really careful not to leave the house without pants.

Yours in perimenopausal exasperation,

Tudor said…
I just cannot comprehend living in a house where one can make pulled pork AND GIVE IT AWAY. Not to just one, but two people. Things it is literally impossible for me to make enough of in our house: any type of saucy meat (e.g. pulled pork), protein balls (especially the new chocolate ones I make), homemade granola. Perhaps I will begin being generous with food next September when I no longer have a teenage boy living with me.
November 9, 2021 at 6:32 PM

Nicole MacPherson said…
Wow, that is a bougie candle!

I have never bought one of those throws but I always admire them AND I always spend the requisite amount of money, so what is wrong with me. Maybe next year!
November 10, 2021 at 3:33 AM

Swistle said…
This whole post was so funny, and also provided some empathetic relief. I have had a bag of prescription cat food waiting for me at the vet for a week. I have driven past the vet TWICE, each time with the intention to stop there since I am driving right past it anyway. Instead I have driven right past it.

I have to write down EVERYTHING, and even then it's a gamble. I wrote "renew book" on my page-a-day calendar for yesterday. That calendar sits between me and my computer monitor. I look at it many, many times, because I cannot remember the date / day of the week / month. This morning I tore off the page and thought, "...DID I renew that book?" No I the hell had not.
November 10, 2021 at 3:47 AM

StephLove said…
I was returning a library book the other day and Beth told me to take one of North's outgrown winter coats for the coat drive and I said yes, but of course forgot. The thing is, now that I'm wearing this Fitibit, I just think, hey, I'll go back-- twice the steps. To my own amusement, I have become one of THOSE people.
November 10, 2021 at 6:05 AM

Suzanne said…
Wow, that is the most bougie candle I have ever seen! I love the proliferation of faux fur throws, and am imagining them slowly taking over one's home.
November 10, 2021 at 7:22 AM

Ernie said…
As always, you make me laugh. Back when I was going into the workout place, I would wedge my library book into the steering wheel before I ran inside for my class, so that I had no chance but to remember to return it after my class on my way home. But then, I'd have to move it in order to use the steering wheel to drive . . . I think you know how this ends.

I am also astounded at the fact that you are giving a fabulous meal away, or at least trying to remember to. I would be tarred and feathered if I gave away meat. I do often bake loads of pumpkin bread. The kids often ask before they cut into one 'IS THIS FOR SOMEONE?' Well, that's only the case now that Tank is away at college - when he was here, there was no asking. He just ate anything that wasn't hidden.