NaBloPoMo Day 27: In Which Eve Gets All the Red-Haired Little Girl Love

November 29, 2021
"I'm going to see so many adorable little red-haired girls today." Eve said on Saturday. "I mean... two. But statistically I feel like that's a lot".
We went and met Jean (my professor) and her granddaughter Fyfe, who has met Eve twice so far and is a big fan of hers. There was some swinging and some reading and some pretend tea-drinking (thankfully, since Eve hates real tea - I still laugh when I think about her expression as a child when she tried it for the first time and wondered why on earth anyone would put it in their mouth on purpose), and a round thing that looked like a doughnut but which was definitely NOT a doughnut, it was a BAGEL 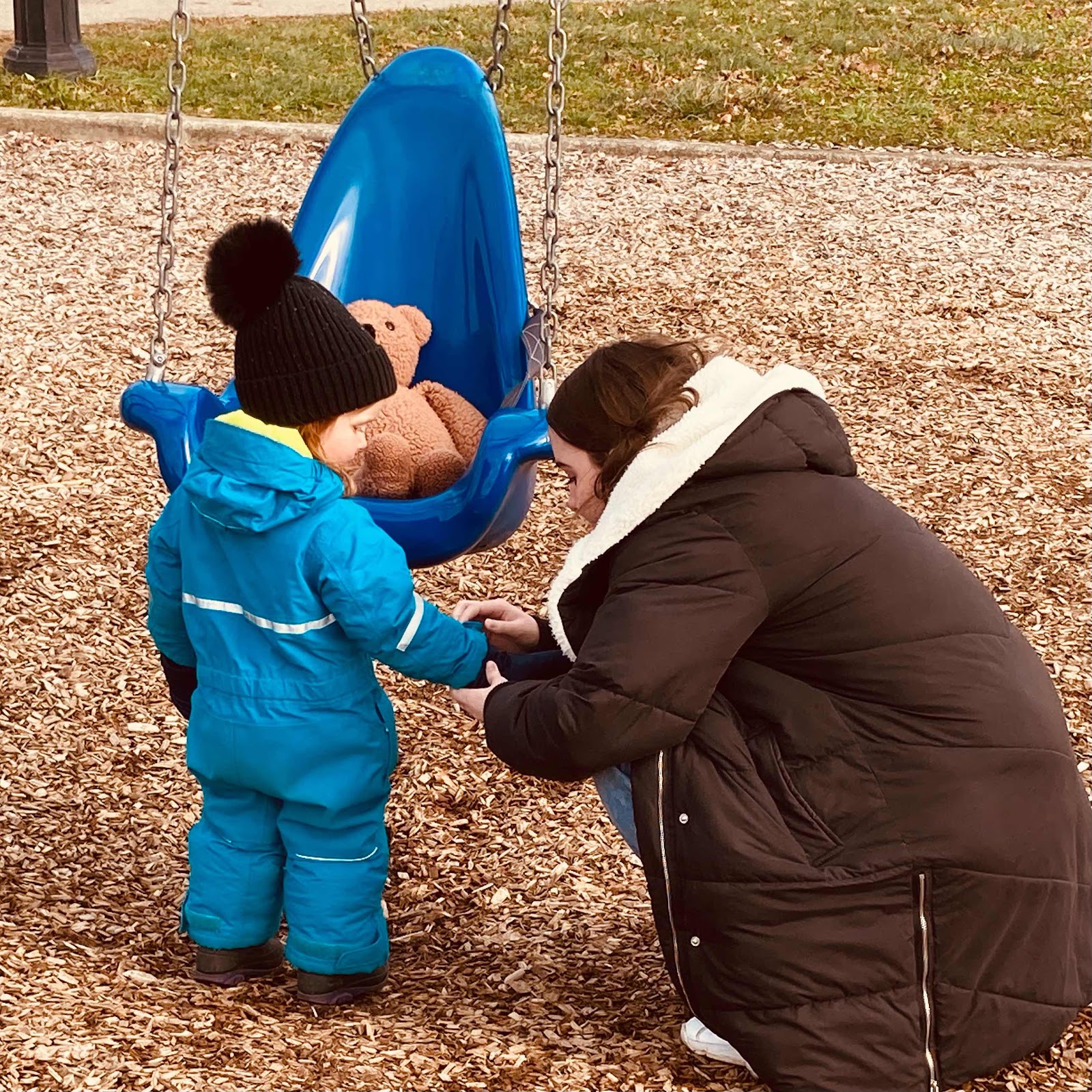 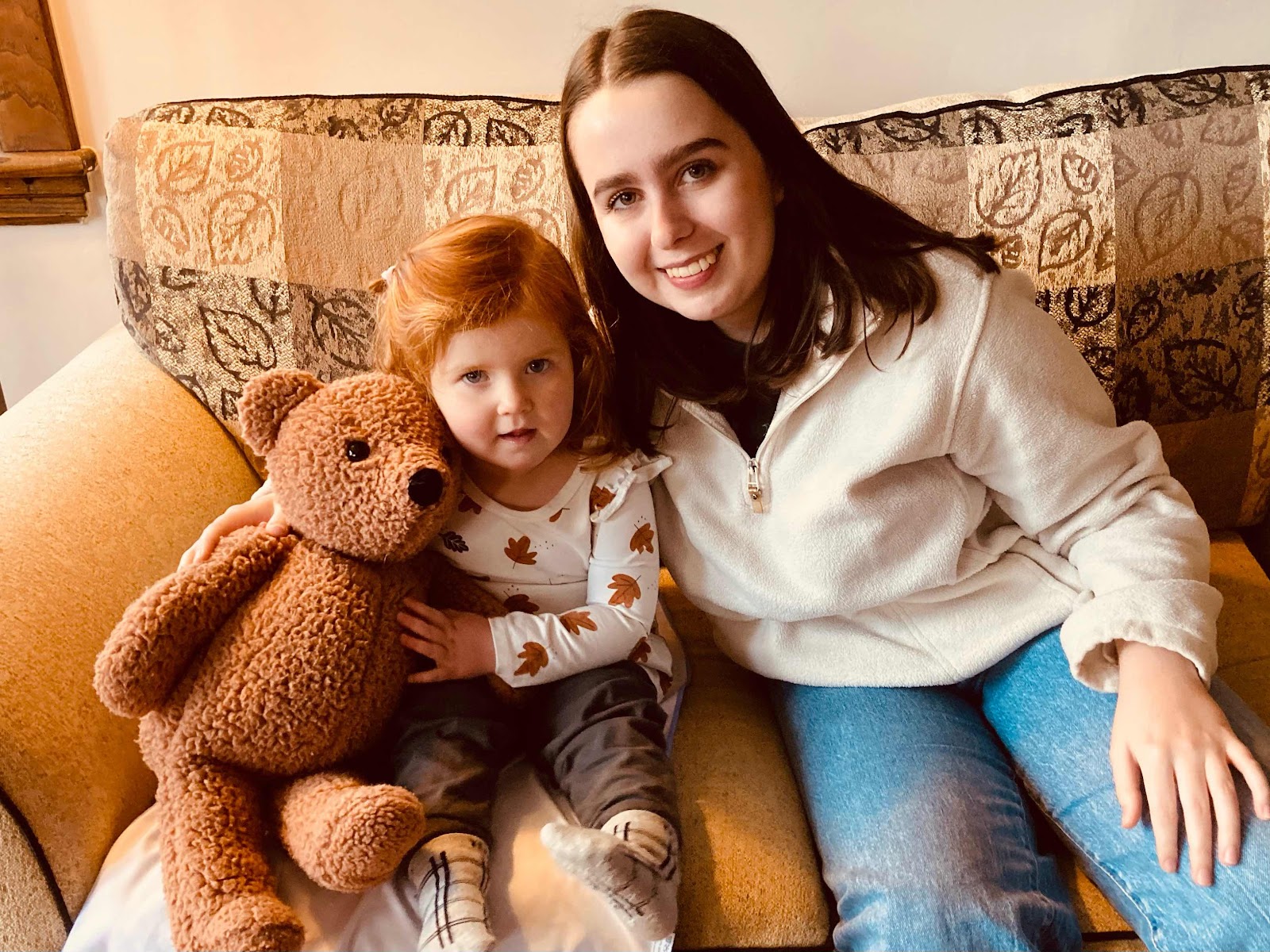 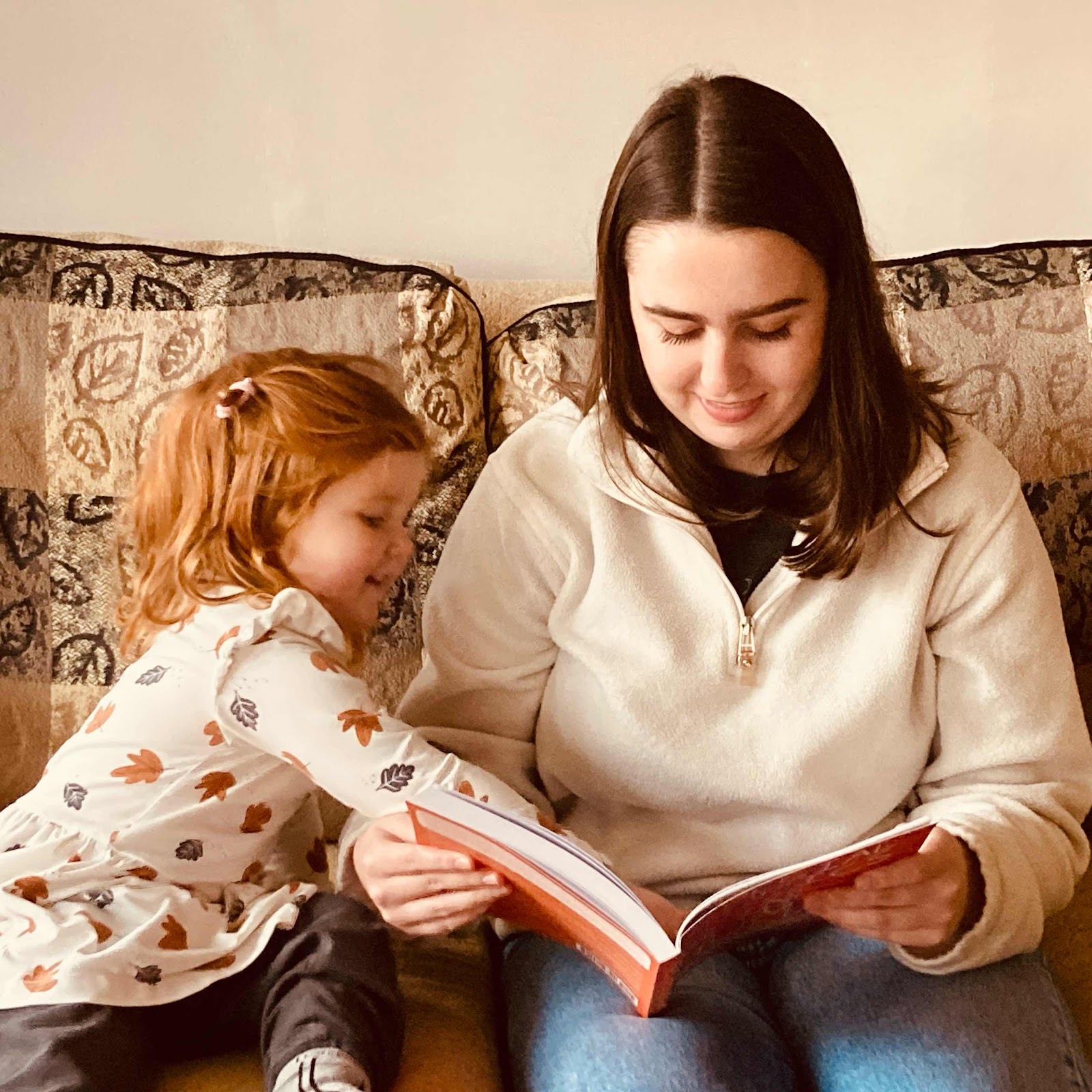 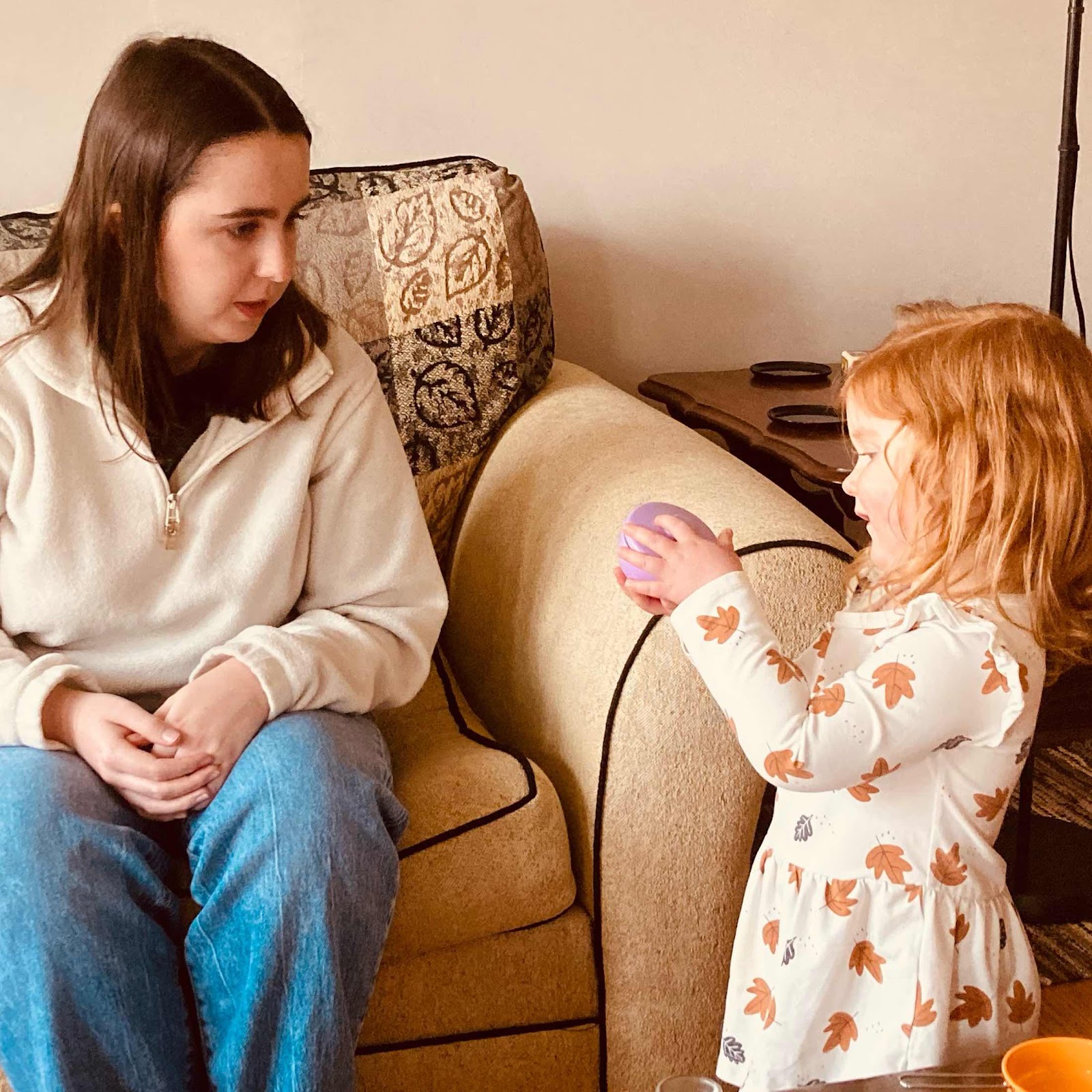 and then Fyfe had to go for a nap, so she picked some light reading 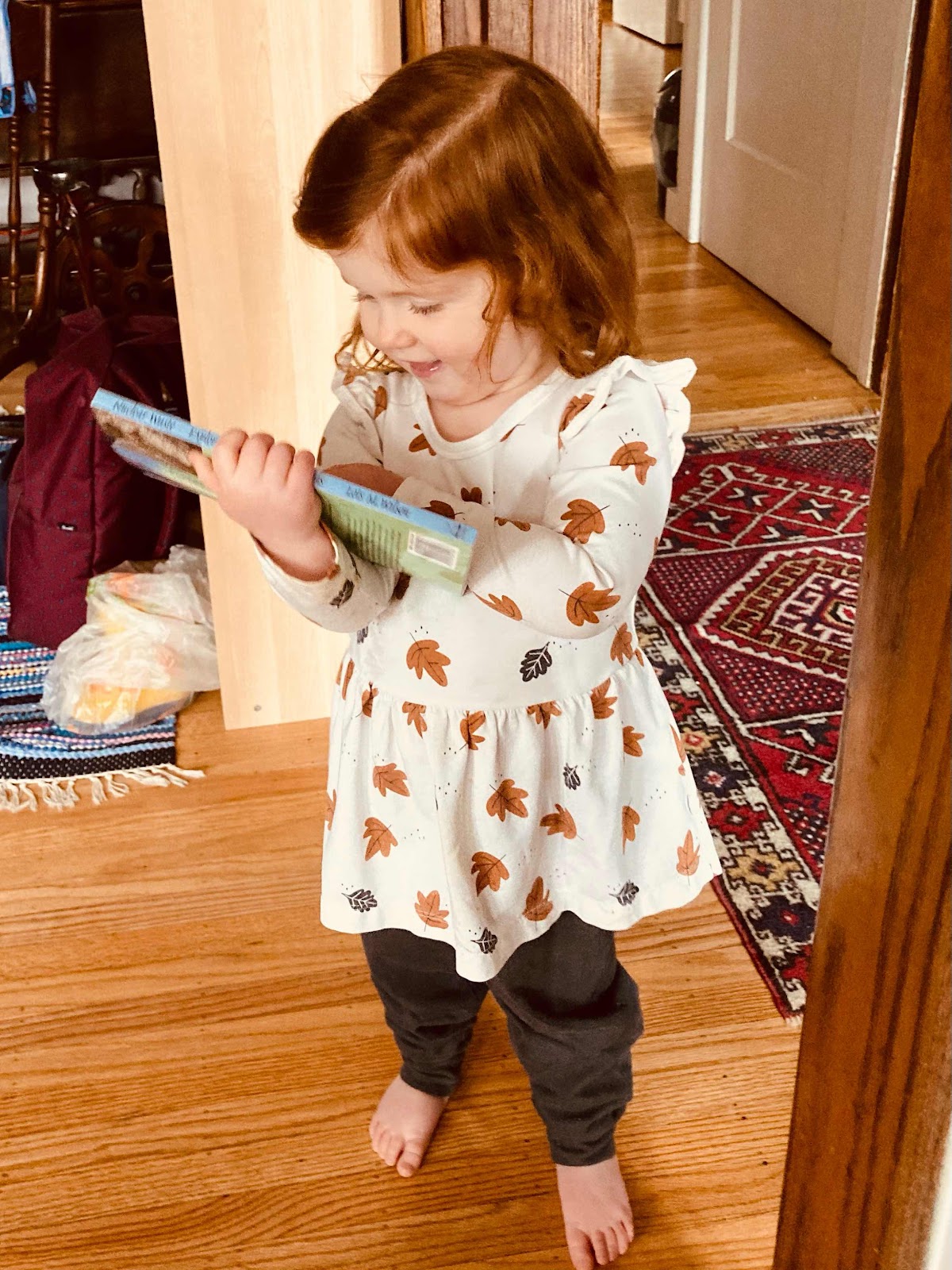 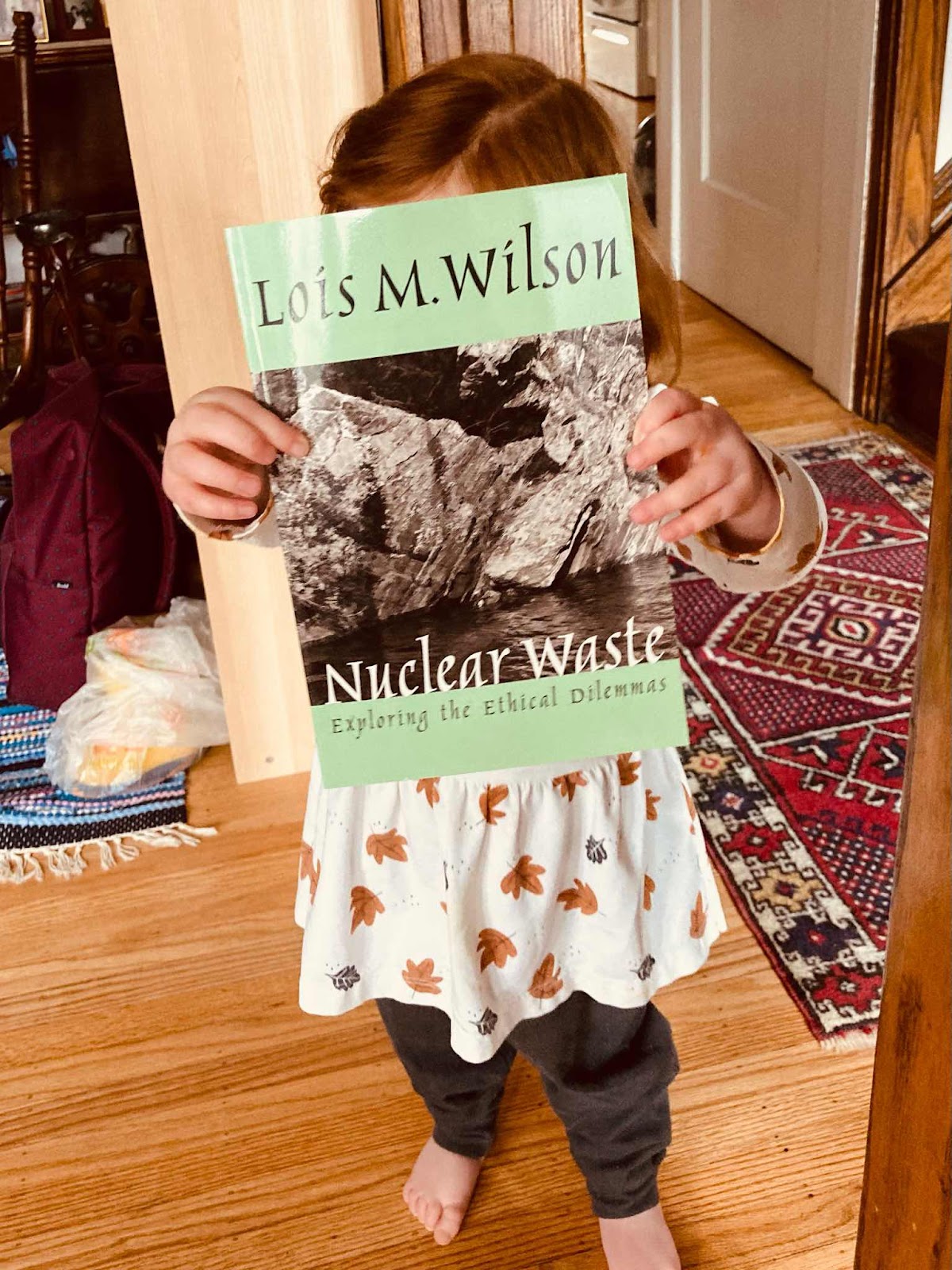 So then we drove to Burlington to see my sister-in-law Laura and Lydia and Mitchell, my niece and nephew. There was more reading, and some colouring, and some walking down the street looking at Christmas decorations, and some running around in the back yard, and lots of hugs and it was lovely. 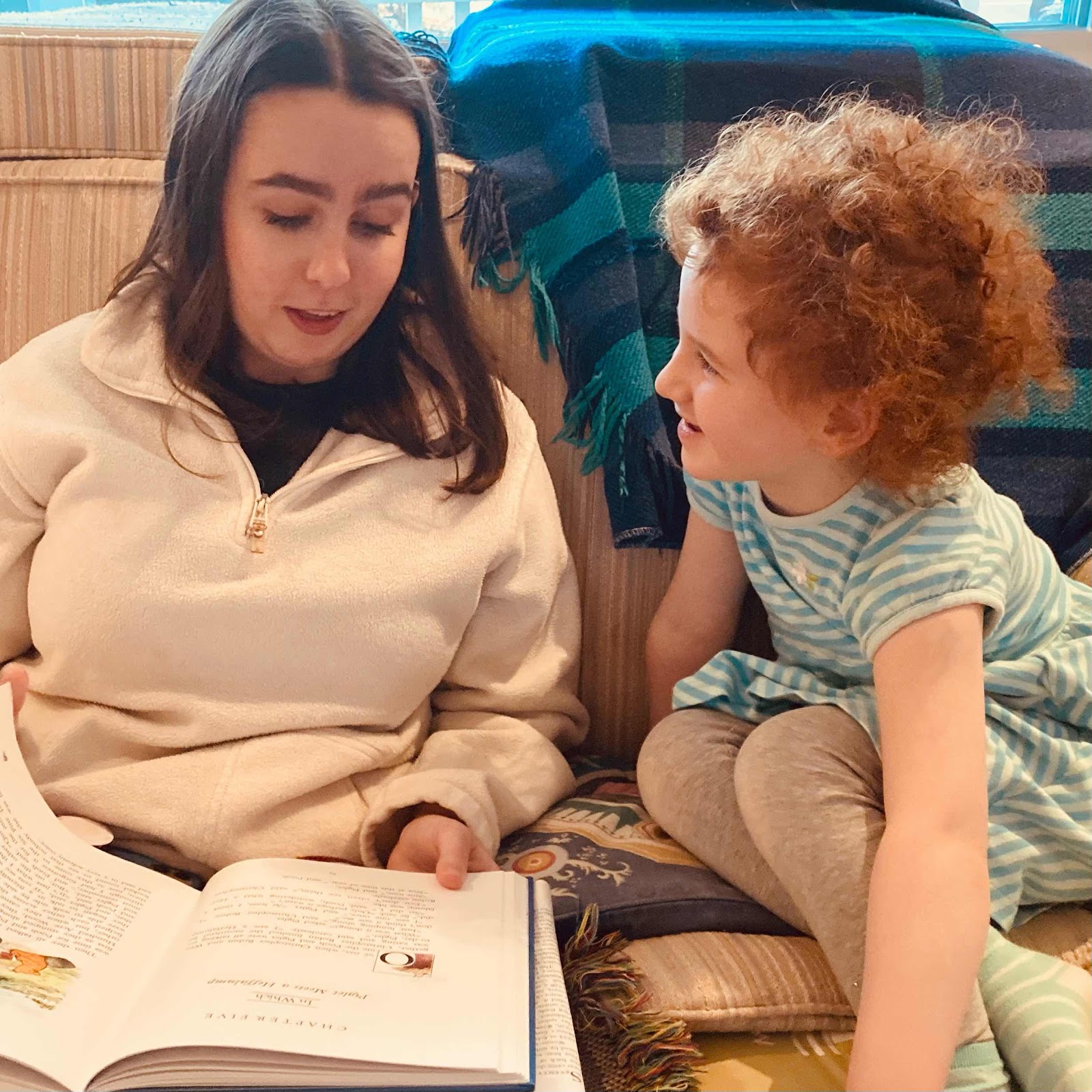 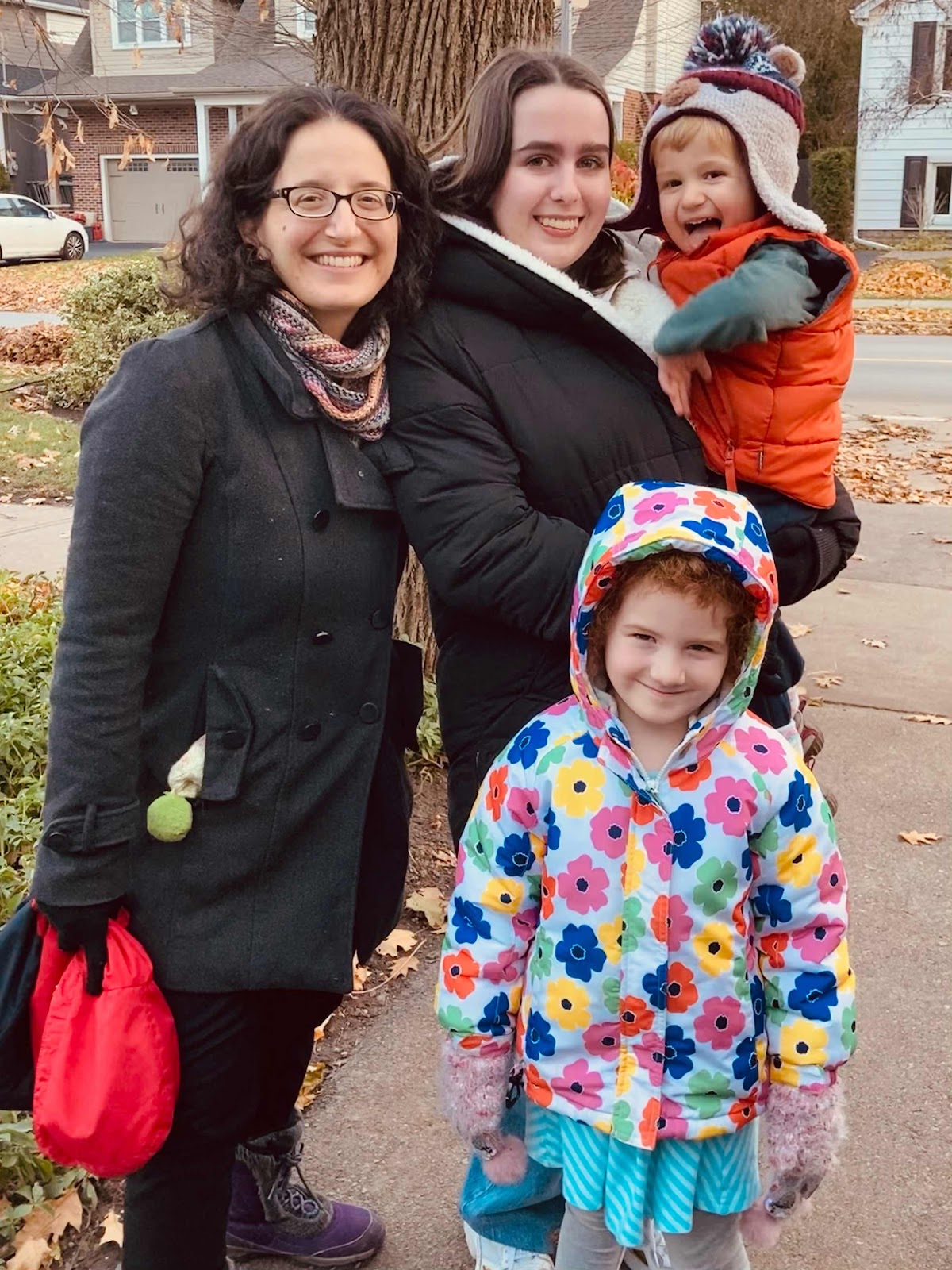 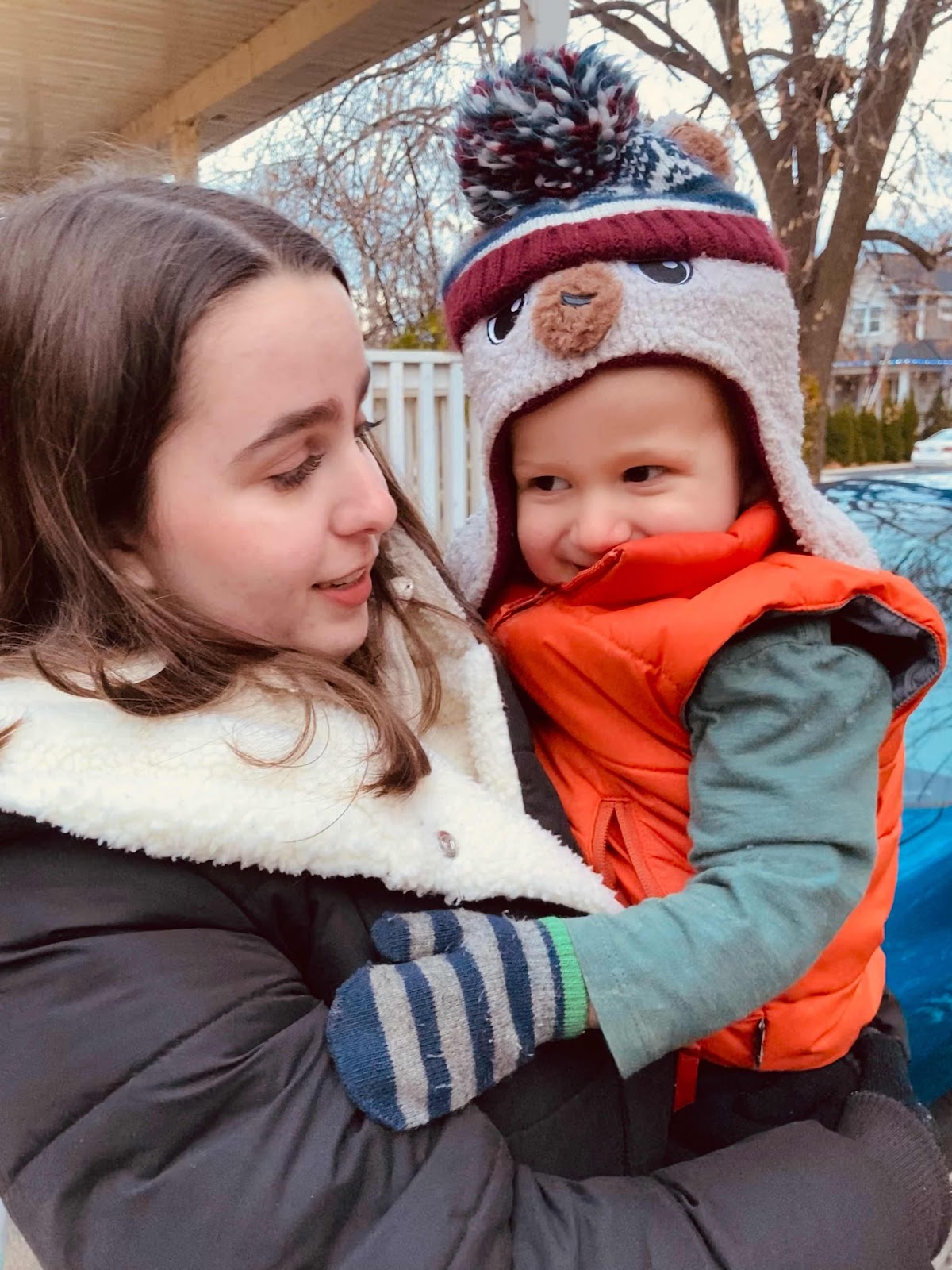 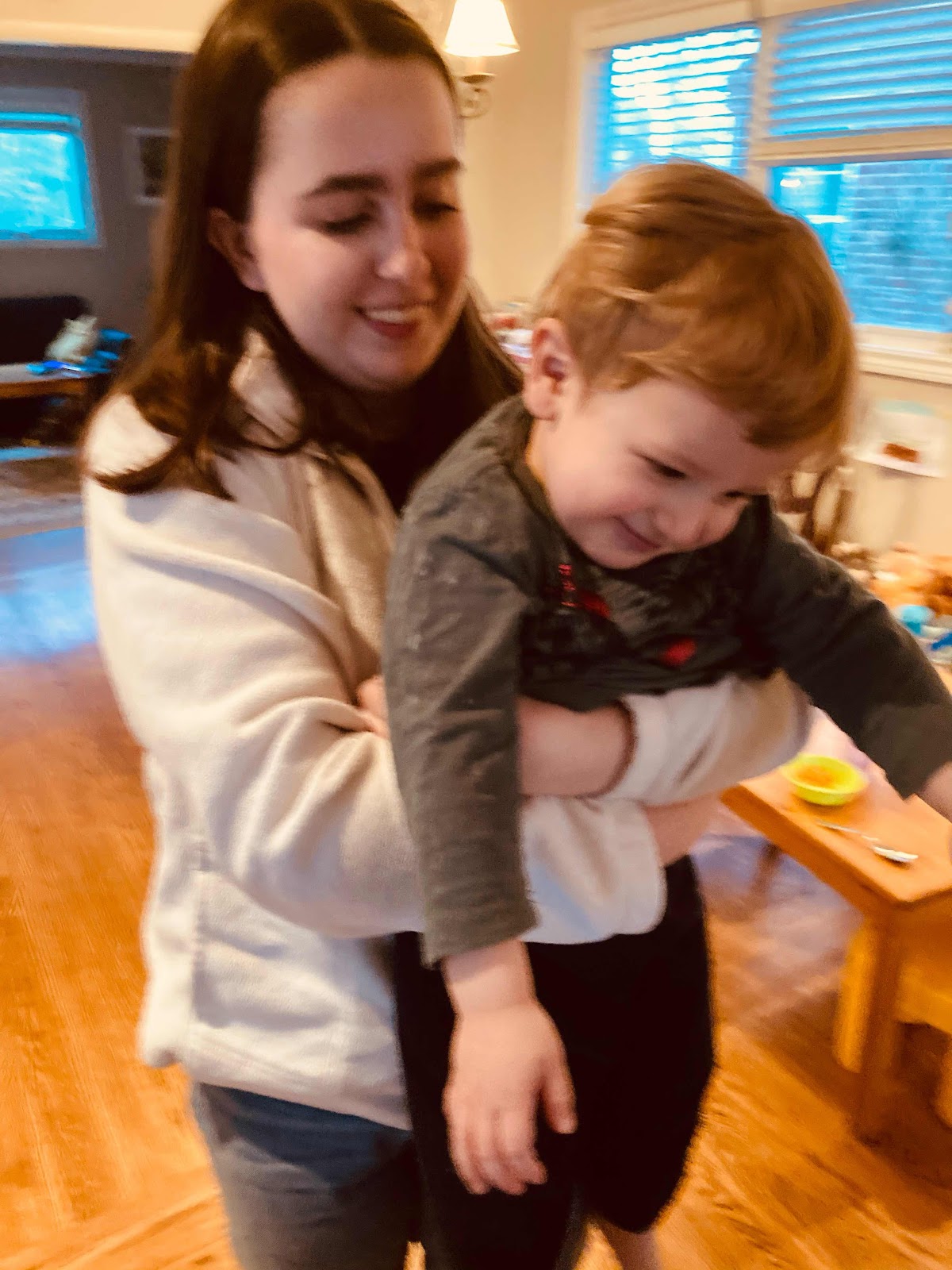 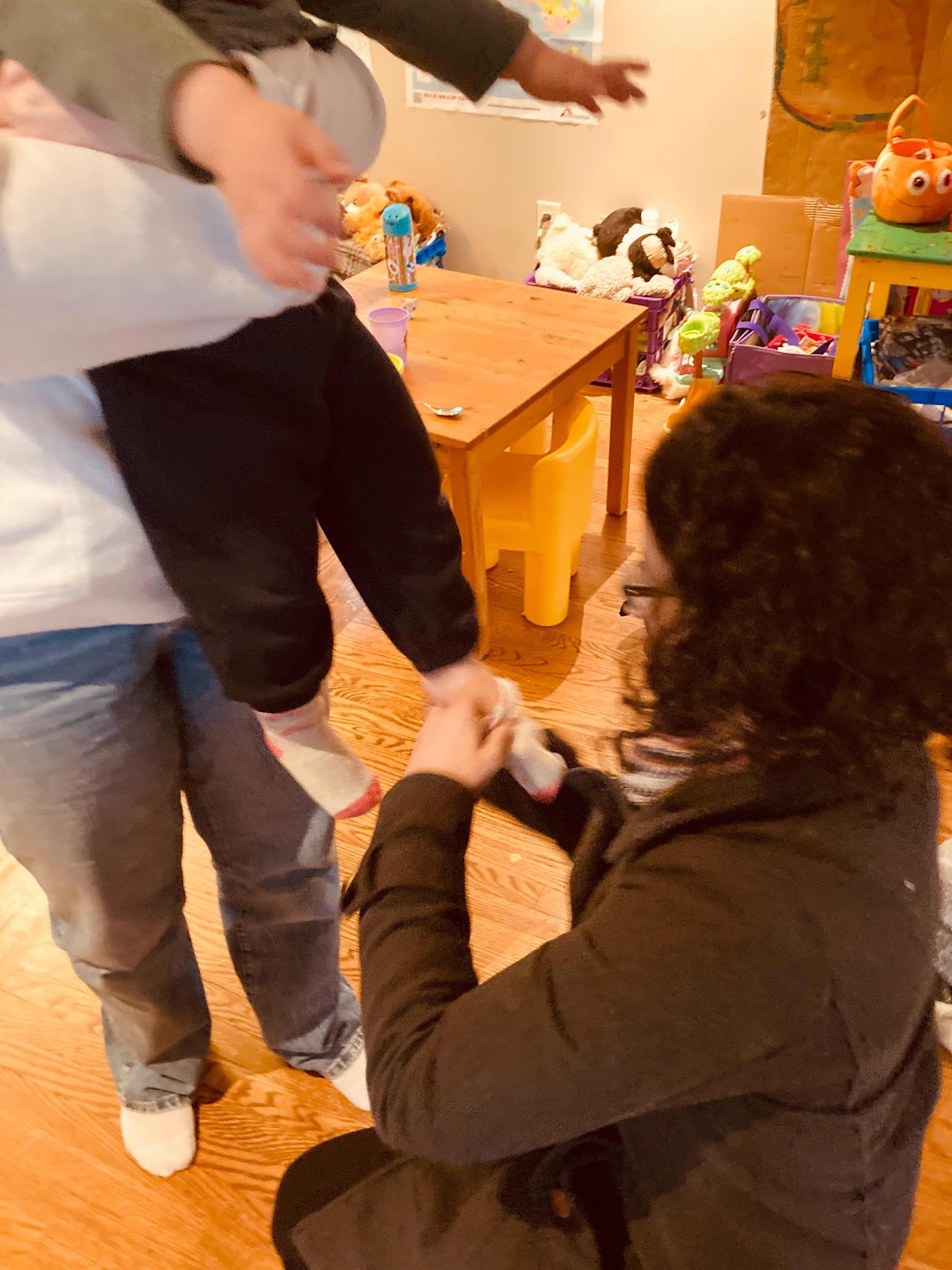 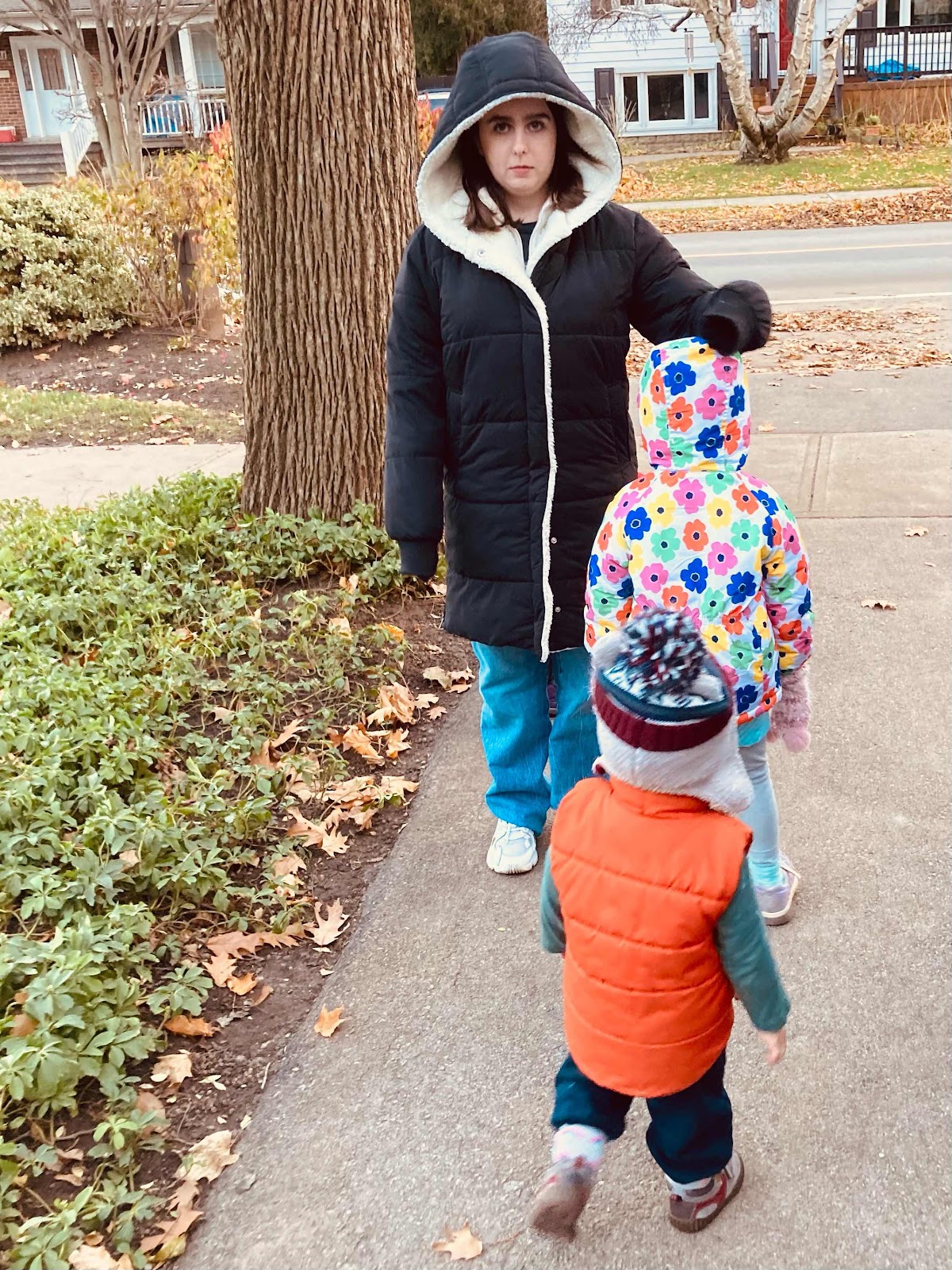 Swistle said…
You can just GET OUT OF HERE with those incredibly cute children and one of them named FYFE??? EXCUSE ME BUT THE CUTENESS LIMITS ARE FOR EVERYONE'S SAFETY
November 30, 2021 at 4:29 AM