NaBloPoMo Day 24: By Hook or By Cook. Or Something.

I ended up skipping the chiropractor and book club tonight because I am exhausted and I didn't want to push myself before driving five hours tomorrow. I am trying to remember everything I want to bring for Eve and all the other people I'm seeing this week-end and still remember to pack underwear. I got home from work and thought about all the stuff I still had to do - pull out the Christmas decoration boxes and find some stuff to take down to Eve, get the presents ready for my niece and nephew, finish packing, bake cookies to take to Eve, etc. Instead I sat at the kitchen table untangling and organizing ornament hooks because I am very intelligent. 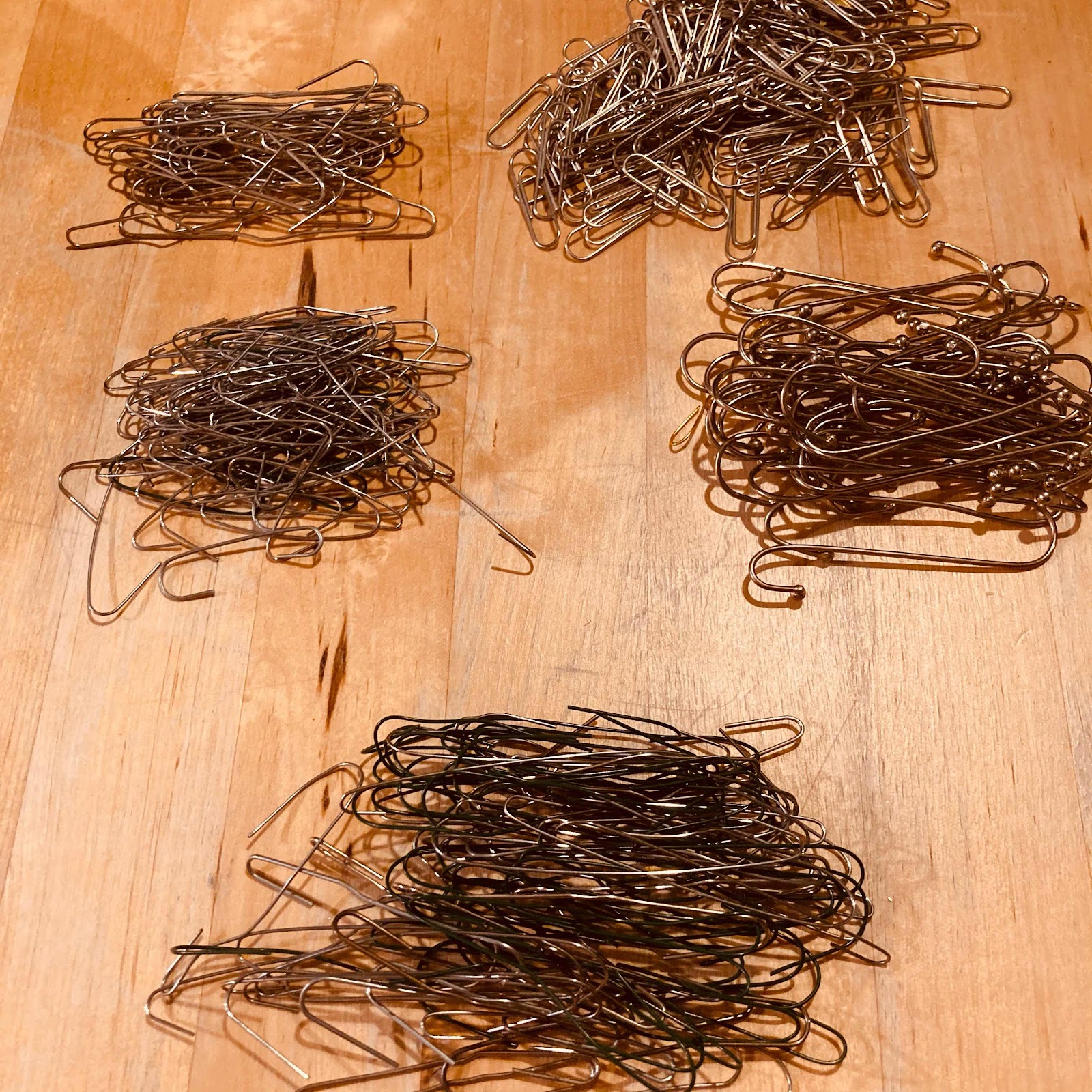 There was a lone safety pin in the mix. I feel like I used to constantly need a safety pin and could never find one, and now I can't remember the last time I needed one. Why is that? Never mind, it will probably just make me sad. 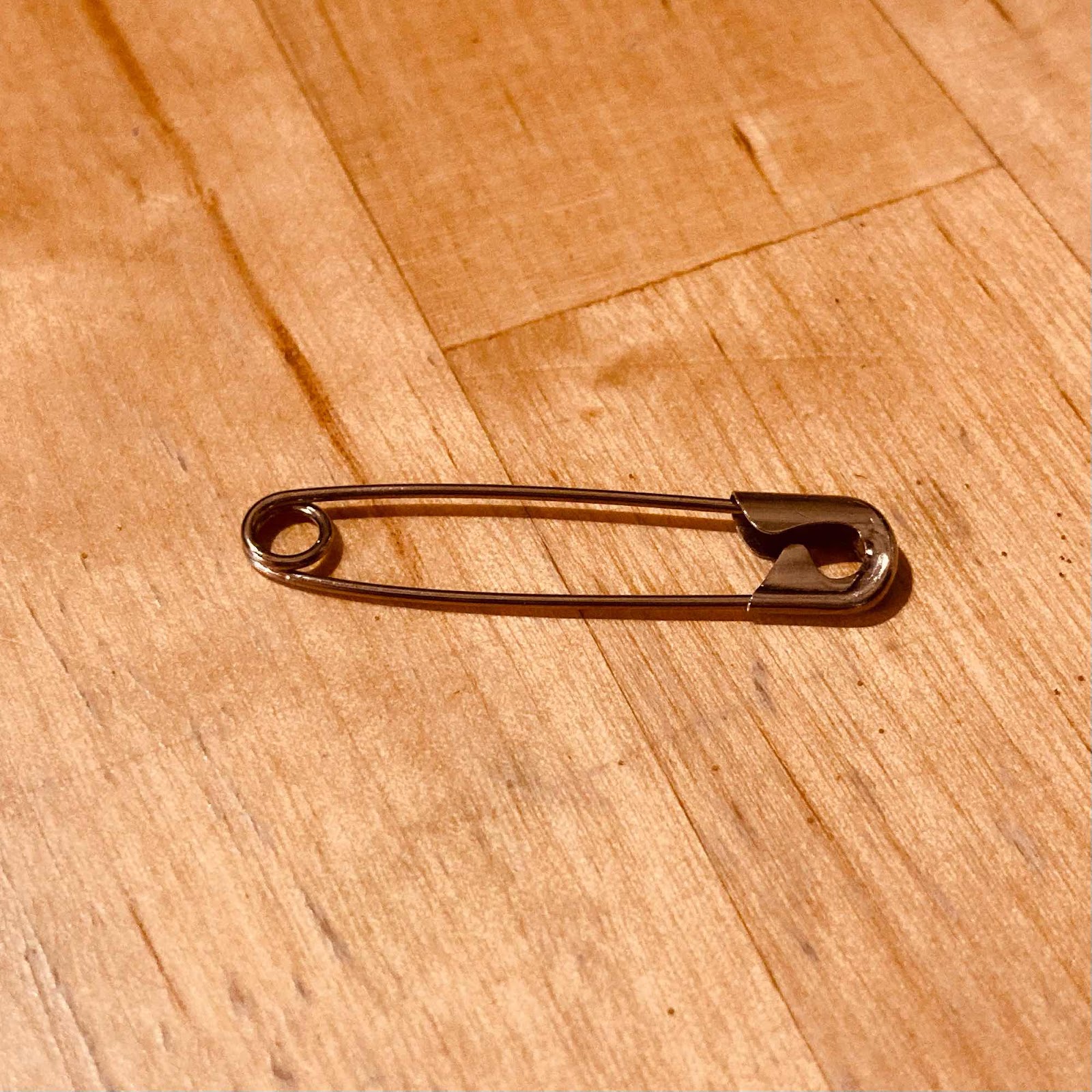 As for the other hatchling, a couple of days ago Angus was texting me at work in the morning saying he was going to try making chicken fingers from scratch that night and asking for pointers. He's at residence for part of the week with no food service because most people are at home for Thanksgiving break (he's at a friend's place tonight and tomorrow for dinner, and football, I guess? I am not well-versed in the finer points of American Thanksgiving, except for what I see on tv, which usually features someone almost dying or some kind of explosive family drama - I assume that's not the norm.)

I wasn't even sure he had cooking utensils or spices or anything, so I gave him some brief thoughts and told him to look up a recipe on-line.

Later that night he texted me these: 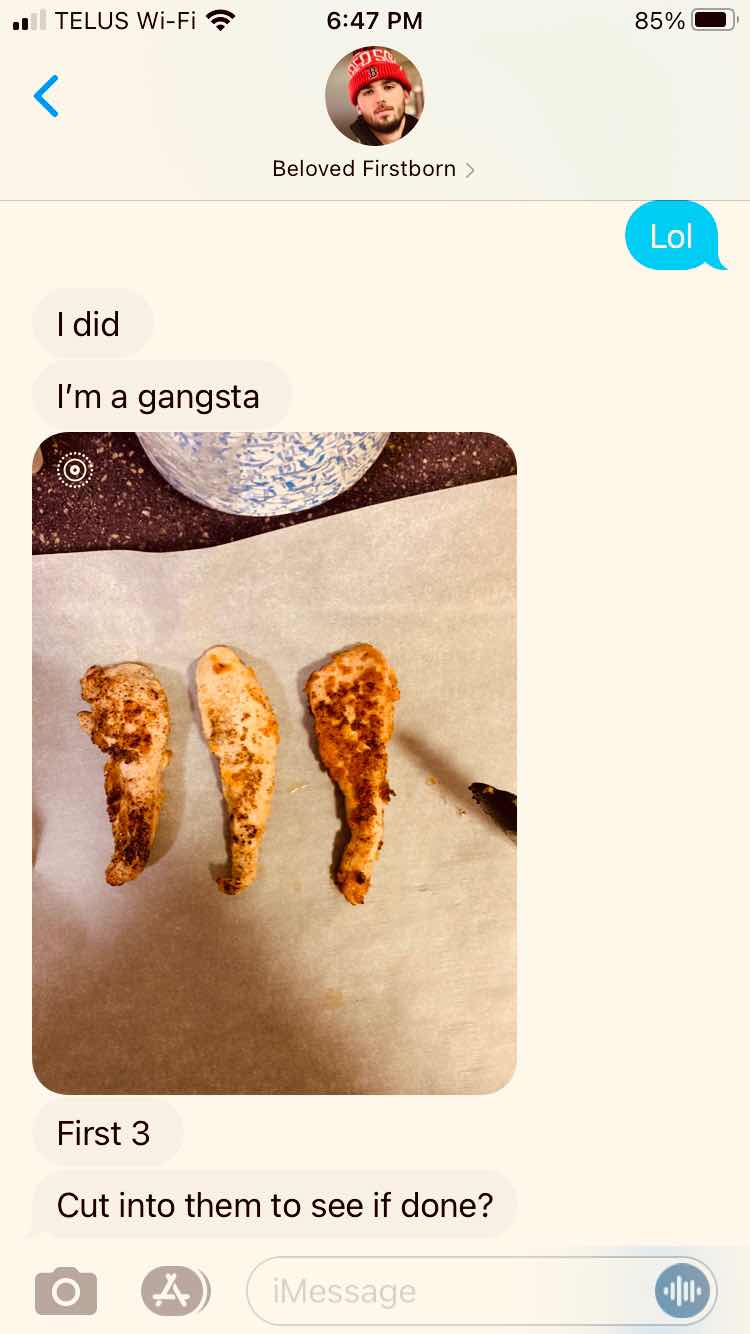 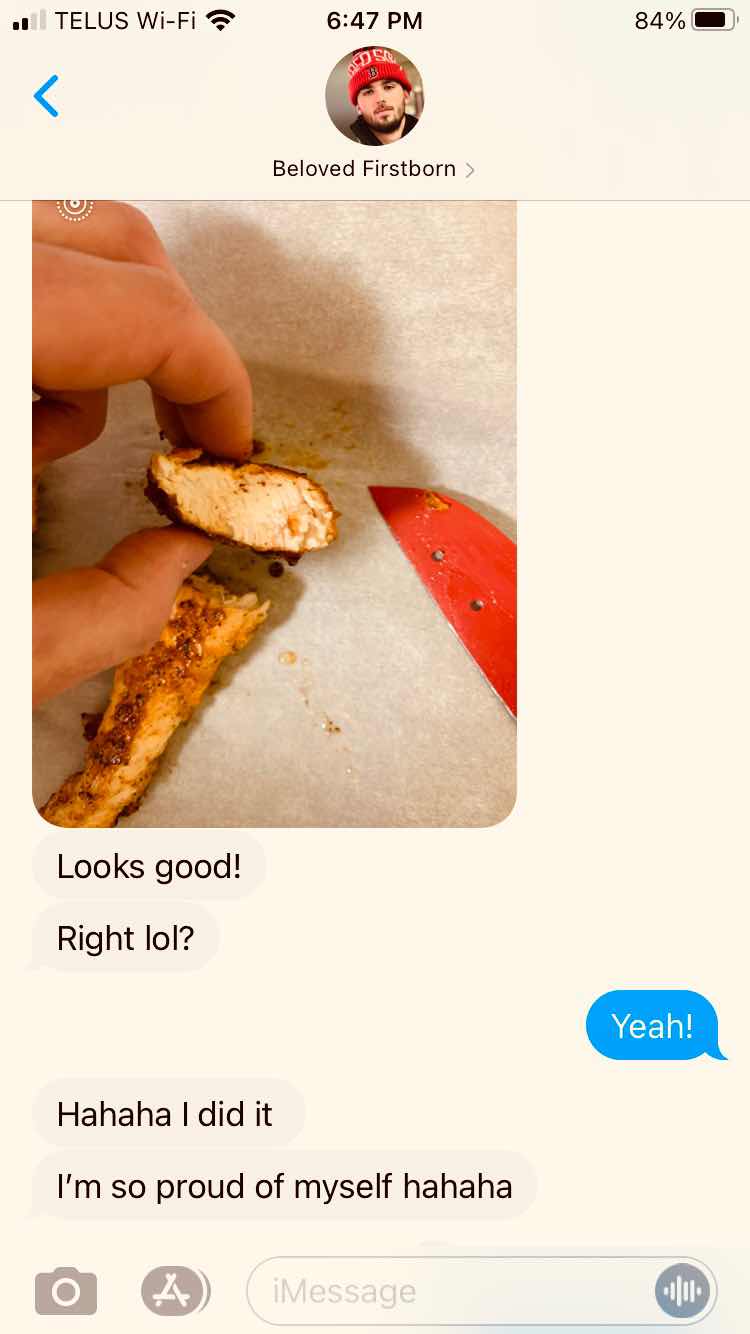 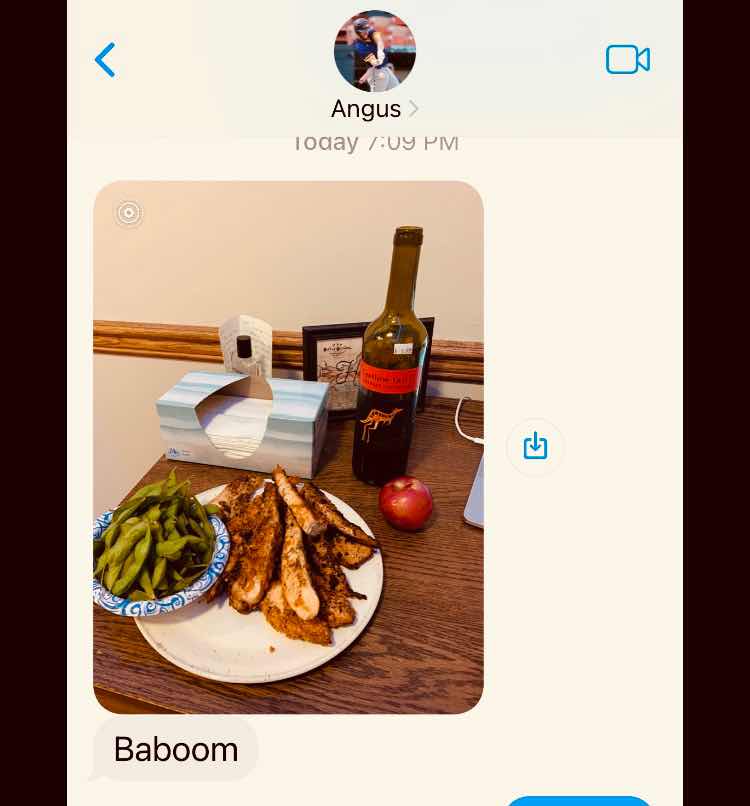 I agreed that he should be proud of himself. We also had an exchange about whether to eat the edamame shells - the first time I was served them in a restaurant I thought they were snow peas. He said "am I supposed to eat the outside? Because I am." and I was like "No! Sharp!" At least he was alone when he made the same slightly embarrassing mistake.

Alright, I'm going to go try to drug myself into a half-decent sleep. Posts will be short and photo-heavy the next few days.

Pat Birnie said…
I love the texts and pics and that he chose to make them from scratch. Veggies on the side and red wine - you taught him well mama!
November 25, 2021 at 6:20 AM

Ernie said…
My sister called me a bitch at Thanksgiving dinner one year because I suggested that the adults stop drawing names for a gift exchange. (No one really needed anything and it just added to my already lengthy shopping list. Coach's side had skipped the adults for years at that point). Not exactly explosive, but slightly dramatic.

Love Angus' successful meal. I admit that I thought those were snow peas. Safe travels. Enjoy your visit.
November 26, 2021 at 4:31 AM