NaBloPoMo Day 20: To Card or Not to Card

I just read Swistle's post about (among other things) Christmas cards and realized that it's November 19th and I could conceivably start writing Christmas cards right now or very soon. Last year I sent out a record number because I figured it was a rough time for a lot of us and happy mail would be a good thing. I put out a call on social media for anyone who wanted one to give me their address. I sent Christmas cards back to artisans that I ordered from through the online craft show (one was named Creepy Christine and that was too fun NOT to address a card to).

I've gone through several permutations of how I do cards. I used to write at least a small paragraph in every single card. As time and hand strength became more scarce, that became unsustainable. I didn't want to do a one-letter-fits-all thing, so then I typed up messages and printed them out. That was kind of a pain in the butt too. I like it when people get photo cards printed, but I'm not even close to well-organized enough to do that in time. I usually go through our photos for the year and print a selection of wallet-sized pics and put one or a few in each card. I like this in theory, but it inevitably results in me ending up with way too many leftover photos, and also I have a Chromebook now and there doesn't seem to be a way to print photos to our printer, which I just remembered also doesn't work anymore. 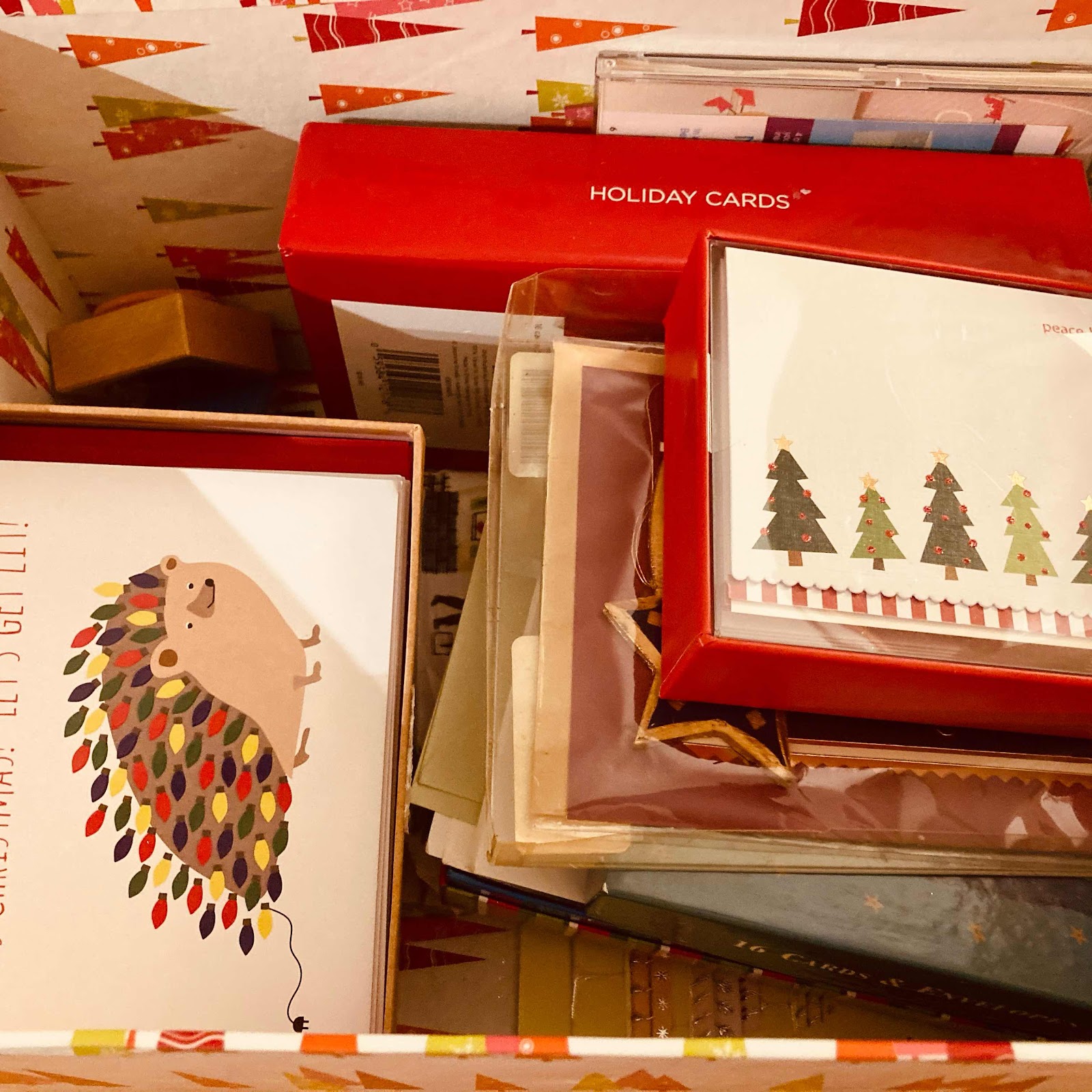 Well, enumerating all the ways in which my Christmas card methods have failed, clearly I suck at doing Christmas cards, forget it, never again, shut up, don't look at me, I'm hideous.

Okay, deep breath. This year, I asked Jody (HI AGAIN JODY) if I could fraudulently use her Costco card to order some prints. I will strictly limit how many I allow myself to print. I will probably just write 'Merry Christmas' and our names, except for a few people who I don't see often and am not connected with on social media. And I will start soon so I can do a few at a time and not be a panicky mess with my hand frozen into a claw by December 20th. 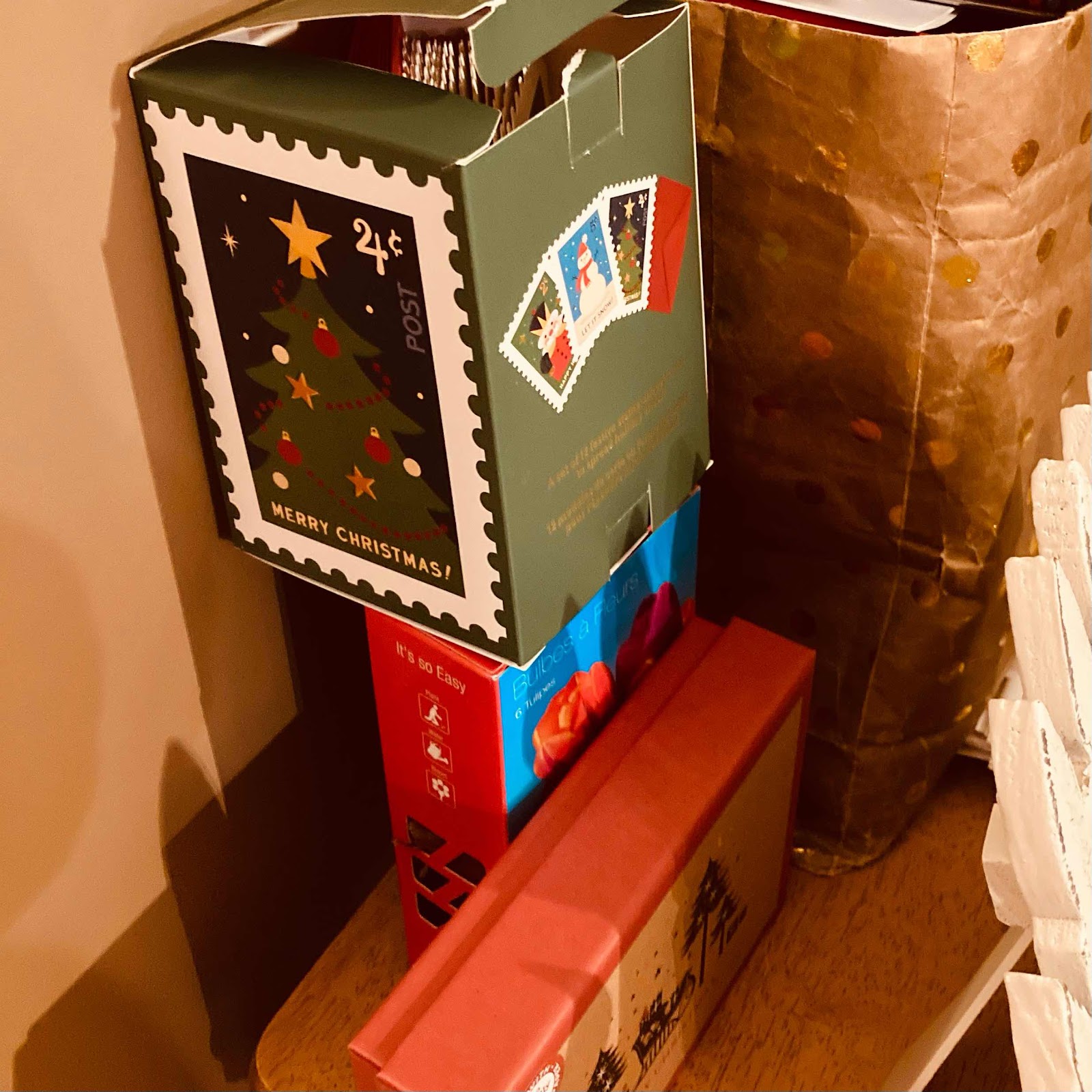 Nicole MacPherson said…
I love cards of any type! I try to do a little at a time but sometimes I just get into the card groove.
November 21, 2021 at 6:09 AM

StephLove said…
This reminded me I wanted to buy North a Christmas sweater for our card photo shoot at the beach over Thanksgiving. I guess it's too late for that, as we're leaving day after tomorrow.
November 21, 2021 at 5:35 PM

Ernie said…
I admit to sending cards out every year on time, but I do not put a personal message in each one. I delivered Curly Dec 19th, '07 and used my card as a birth announcement too. My elderly neighbor at the time told me that all my friends hated me. I was taken aback. She was like WELL, WHO HAS THEIR 6TH BABY DAYS BEFORE CHRISTMAS AND GETS A CARD WITH A PHOTO AND A RHYMING MESSAGE ANNOUNCING THE BABY'S ARRIVAL IN EVERYONE'S MAILBOX BY DEC 24TH? The last few years, I've put a hand written note in cards of people I haven't seen in awhile. I also do a poem with added photos copied in the margins. The poem pokes fun at our mishaps and adventures over the year. Tank's ski trip with his buddies when he duped me into thinking it was a buddy's family ski trip will probably make it in the poem this year. I spend my early Dec days thinking up things like WHAT RHYMES WITH DUPED?
November 22, 2021 at 10:31 AM