Remember my tiny awesome little former prof? The one who's Eve's department head now? I was emailing with her about my visit next week-end and she told me that she had just run into Eve on campus and said "when I said 'only 3 1/2 weeks of term left!' she made an expression that looked just like you!" I was FaceTiming with Matt who was in San Jose and he said he wondered what expression it was and I said I was pretty sure I knew. Then Eve FaceTimed me to tell me about the same interaction and I said "was it this expression?" and made a face and she said "yes! That was it!" 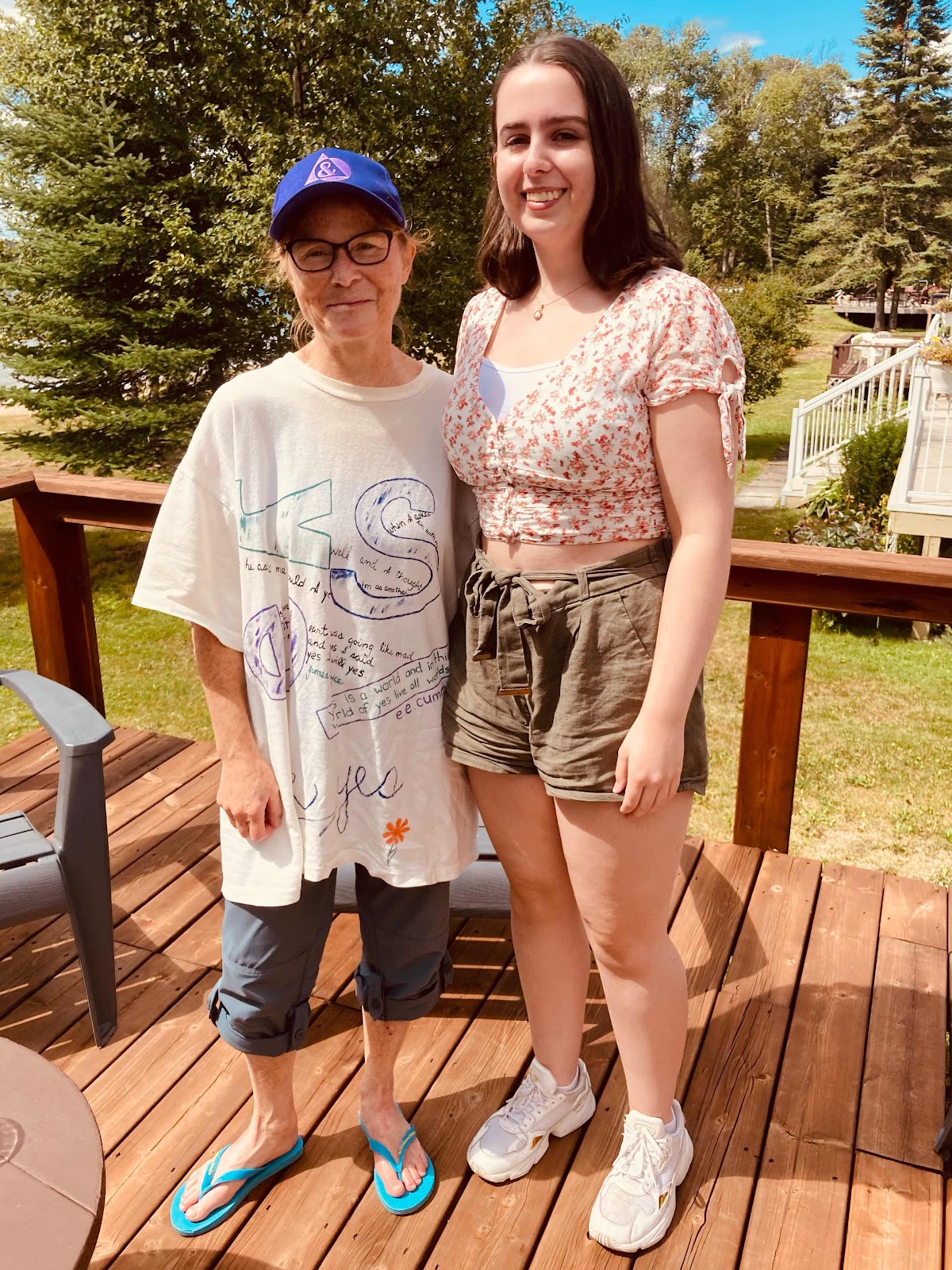 Angus came home at Christmas during his first year at his liberal arts college and asked me if I had seen Chi-raq, which was "a movie based on Lysistrata". I said "no, I...wait, you know what Lysistrata is?" Eve is being introduced to a lot of Classical literature in her first year too, and although she's generally been more into reading and writing than Angus, she hasn't been loving it all. She huffed at one point that she wasn't going to read Voltaire and I said "oh hell yes, you're going to read Voltaire, even if it sucks. It's first year university, this is the perfect time to read shit you don't understand and see how far you can get with it." So she read it.

In some ways I feel like her bullshit detector is set just a smidge high for this part of her program. She likes the math and science and stuff you can get one right answer for. When I went to university I was still kind of open to rhapsodizing about great literature and taking leaps of faith and theory and gazing adoringly at my professors as they waxed poetic about Ovid and Dostoyevsky. Eve is much more apt to read things quite cynically and keep a list of things her professors say that make no sense no matter how many times you try to parse them. That's okay. Everybody has their methods.

She did tell me proudly that she finished the first few books of Saint Augustine's Confessions and felt like she had a pretty good handle on what he was saying: "Basically the first part is 'Babies SUCK - they are selfish assholes that only care about their own safety and needs and comfort. The only innocent thing about them is their weak bodies.' I mean, I guess he's right but man, I've never heard anyone roast a baby so hard. The second part is 'I was a wicked horny teenager and my parents should have locked me up.' He also massively overuses the word 'suckling', in both the literal and figurative sense." Well okay then. Personally I've always loved the (possibly apocryphal?) Augustine quote, "God, grant me chastity and continence, but not yet". (I assume he was using 'continence' to mean sexual self-restraint rather than bladder control, because presumably no one would want to wait on that being granted).

I hope everyone has a great week-end, chaste and continent or otherwise.

Nicole MacPherson said…
I love when our kids learn things that we learned when we were their age!

Ernie said…
I wasn't the most astute business major but I feel pleased with myself when I talk about my business classes that I can name the accounting terms FIFO and LIFO for inventory systems. That's my way of saying you lost me at Voltaire.

How great that you and Eve share facial expressions that can be recognized by someone from your college days!
November 20, 2021 at 10:03 AM