Walking and Moving and Listening and Trying Not To

Things are pretty good. Angus is having a really good time being back at school, although he was questioning his life choices a bit when I talked to him Sunday (something about jungle juice with the team Saturday night, I didn't pursue it). He's set up some shadowing at the hospital in cardiology and radiology, trying to figure out what his path is after this year.

Eve FaceTimes me pretty much every night, so I still get the Daily Download, from classes to meals to the giant-ass spider that lives outside her dorm window - I originally thought it was inside and wondered why she was so calm about it. She has to wear a mask if she goes anywhere, but she CAN go places - to empty lecture halls to study with friends from her program, to meals, to bonfires and parties. It's not what it would have been pre-Covid, but it's not what it would have been last year. I just read something about how some people believe that happiness stems less from how well things go than from whether things go better than expected - maybe this is that.

On the week-end I hung out with a fellow empty-nester friend - IKEA and tea on Friday night because we know how to party, and dinner on a patio on Saturday because patio. Then I went for a really nice walk with a friend in Gatineau and had gelato by the History Museum. Look at me, out doing stuff! in the world! with people! 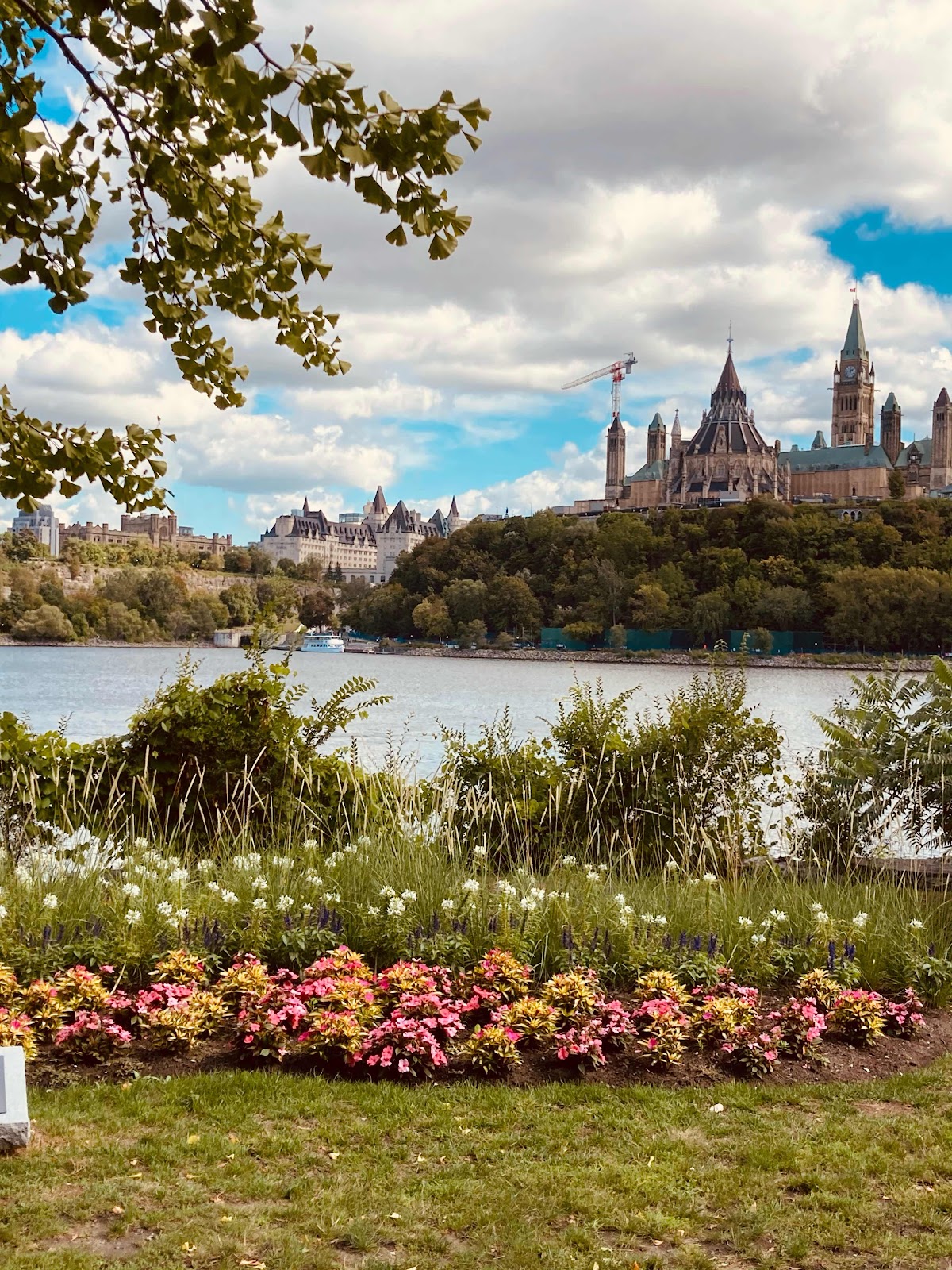 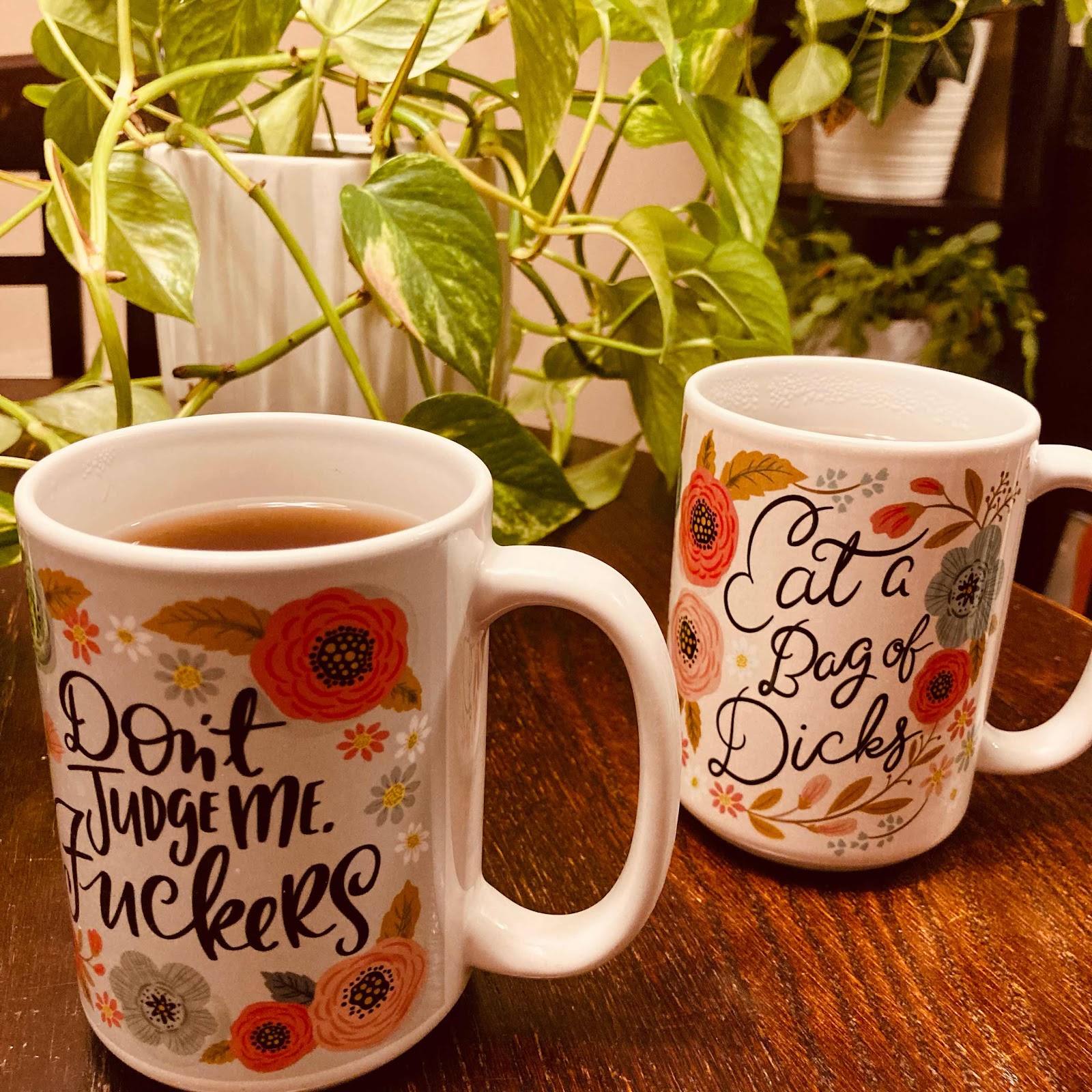 Monday I went to work. My first day back the computer wouldn't turn on, so I took the roughly four hundred books that had been returned since we locked down last spring and sorted them and made great, teetering, towering piles all over the desk and tables. The computer issue was then rectified (hee hee rectified) and yesterday there were carts and carts of books to shelve, plus we have new shelves for the early readers so I spent the morning moving great quantities of books from one place to another.

It was as I was methodically plucking and separating and alphabetizing and slotting books that I suddenly realized I had been working accompanied by a steady stream of heinously negative self-talk. I became aware that I had been sort of nodding along to it, almost like it was music that was not enjoyable, exactly, but familiar enough that it could be mistaken for it. It was almost funny, except for the whole fact of my own brain trying to make me feel worthless and inadequate. 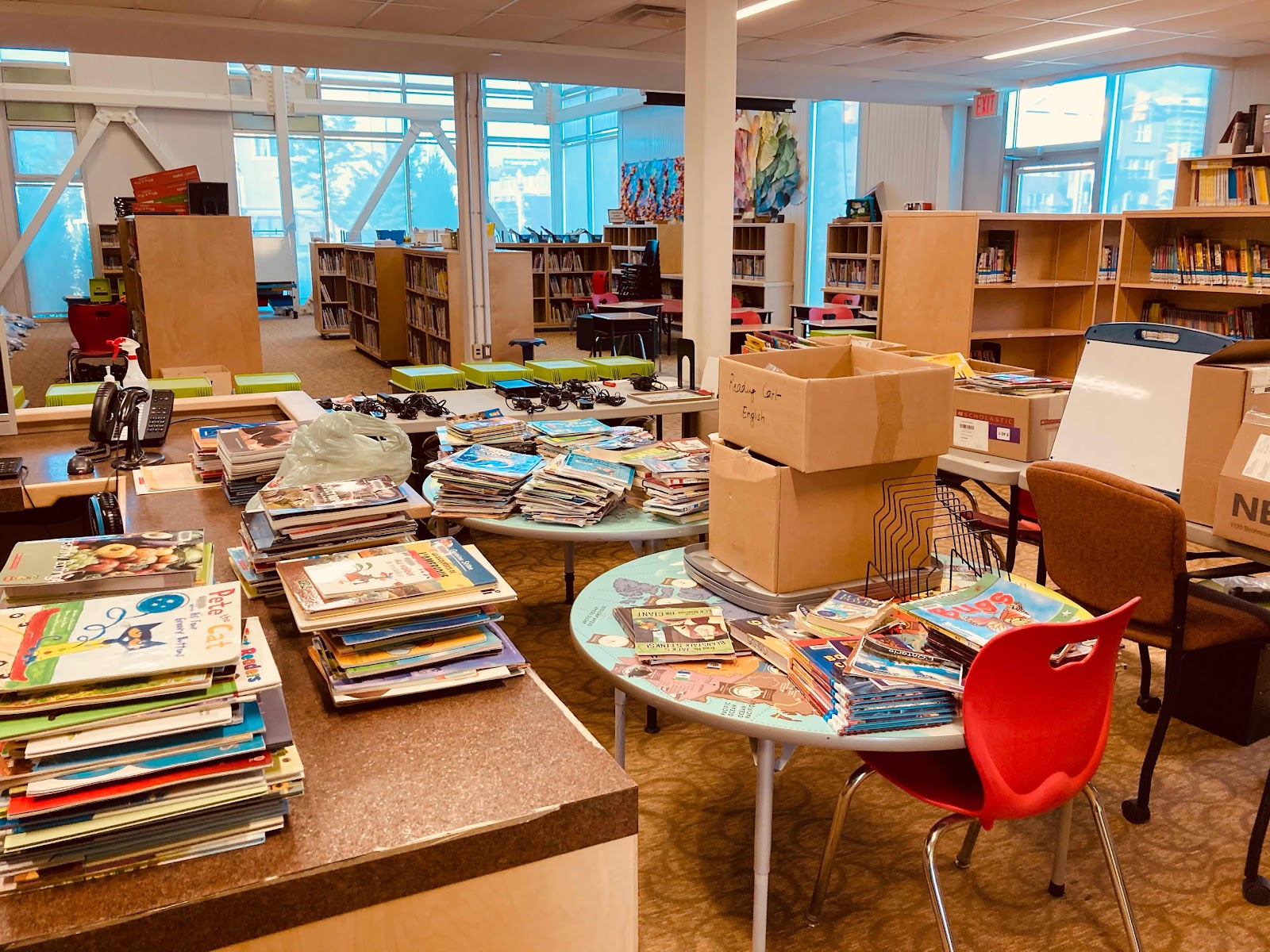 The good part is that I recognize the narrative now, as something that's trying to pass itself off as authentic but isn't really. The bad part is that I can work on turning the volume down, but I can't quite turn it all the way off.

I leaned into the whole book-moving thing, walked the dog down to the polling station to vote and weeded a bunch of flower beds on Monday. Got called in to cover in the office and spent hours in a half-crouch filing report cards - RIP legs and back. The office was, predictably, a shitshow, but in a mostly funny and entertaining way. I like being there - I've never worked in an office as an office-y person before, and it feels like one of the more normal things I've ever done, even though I frequently feel like a big loser there. I did walk in and announce that I had forgotten everything over the summer and would have to be re-taught, but I didn't really think it was true. Then the first time I took a call, I said I'd transfer her and then stared at the phone blankly trying to remember how to put her on hold and then transfer the call. I had to put the phone down and whisper over to the other desk to ask Heather how to do it, and then she was laughing so hard she pretty much blew my cover.

The summer felt like a bit of a reprieve from Covid for us, even though I'm well aware that this pandemic is far from over. We may well be in the calm before (between) the storm, but of course, when aren't we? And I'm just going to leave it there before I wind up ending on a Finding Nemo reference.

Swistle said…
That "things going better than expected = happiness" thing makes so much sense to me. It is, I think, why Paul thinks I am a pessimist and I think I am a basically happy person: I nearly always find myself happy and elated that something has gone better than I'd expected!

I thought the part about sort of bopping along to the music of negative self-talk to be very funny and relatable.

Ernie said…
I ditto Swistle, transport me to a work environment that includes hanging with you and I would ditch this in home daycare/dirty diaper business in a heartbeat.

The negative self talk sounds heart breaking to me. It should be replaced with I'M SO DAMN FUNNY EVERYONE WANTS TO WORK WITH ME. My mind is more on a constant loop of reminders of what I must do next. Who needs to be driven where. Do I have enough time to get a load of laundry done. Where did I put that important list/paper. Do I need to order more books for the high school kids. Will I be late for such and such (and the answer is almost always YES YOU WILL BE LATE). You make my loop seem light and fluffy and whimsical and less stressful.

Sorry about the physical labor. I laughed at RIP back and legs.

I am in awe of these postcard like photos. Well, not the coffee mugs. That was more of a laugh than awestriking. What is this castle like building? The museum? Beautiful. Envious of your facetiming with Eve. My away at college boys are always like I HAVE A FEW MINUTES when I call.
September 16, 2021 at 8:51 AM

I'm glad you recognize the negative self-talk for what it is.

Busy Bee Suz said…
Using the thought process of 'things are better than expected' is a winner in my book.
THE MUGS ARE EVERYTHING!
Negative self-talk is really just satan chiming in, so tune him out. :)
I'm glad your kids are doing well; look at you surviving.
September 21, 2021 at 7:43 AM