I'm just going to park some pictures and some simple descriptions here because I am ping-ponging between keeping myself just-a-little-bit-too busy to avoid missing my kids and overthinking things during the time of year when I am extremely prone to overthinking things. Some of the things going on have been:

-Going for a canoe paddle with my friend Dani, something I've been wanting to do for a long time. I was a bit apprehensive because 1) I haven't paddled in probably five years and I am markedly out of shape and 2) I am clumsy and lack balance and I was afraid I would fall in the river. Dani assured me that I would have to work really hard to fall in the river. 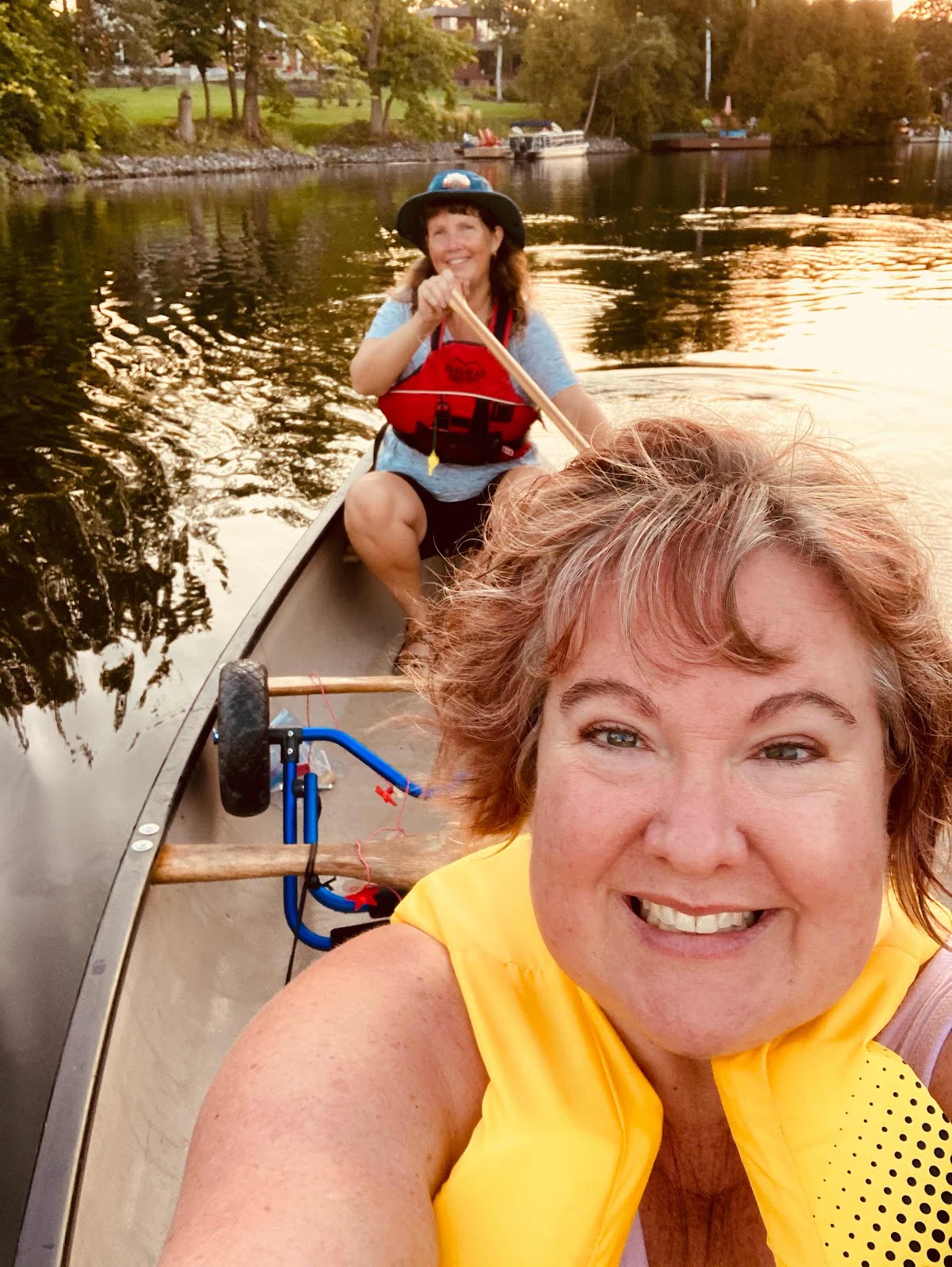 I fell in the river.

Dani swears it was her fault. I think it was probably her fault, because I was just sitting in the front of the canoe and she jumped in the back and then I was in the river, but the fact remains that in an entire summer of people canoeing with Dani, only I fell in. It was a warm night and I was pretty comfortable for the sunset paddle even drenched as I was, and I was really glad I did it. I've been trying to say yes to things that scare me the past few years. On the one hand, it sucks that things that other people would find laughably easy scare me. On the other hand, I don't have to, like, wrestle a tiger or sky-dive in order to say I've done something that scared me.

-Going to Bluesfest with our neighbours. Eve and I have been going to Bluesfest in July since she turned 12 and we decided to see if we both liked it, even though we both hate crowds and music that's too loud. We did - turns out that it being outside makes all the difference, although there was one Lumineers concert in the pouring rain where if the girl standing beside me brushed my arm with her clammy rain poncho ONE MORE TIME.... anyway. The last two summers it's been kaput because of Covid, which sucked, but there was an abbreviated concert series sponsored by Bluesfest last week in a different location, which vaccine proof needed and limited tickets available. 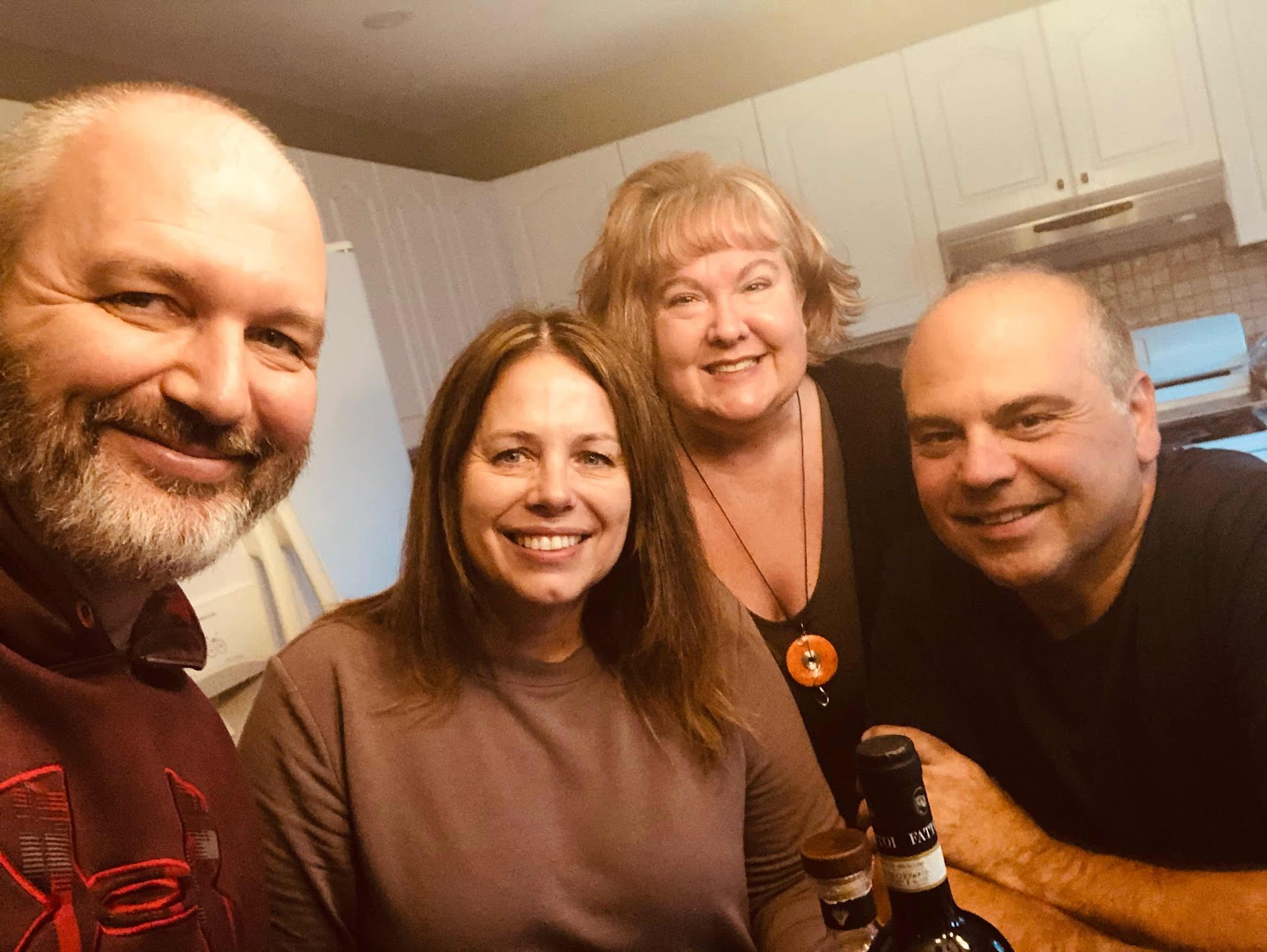 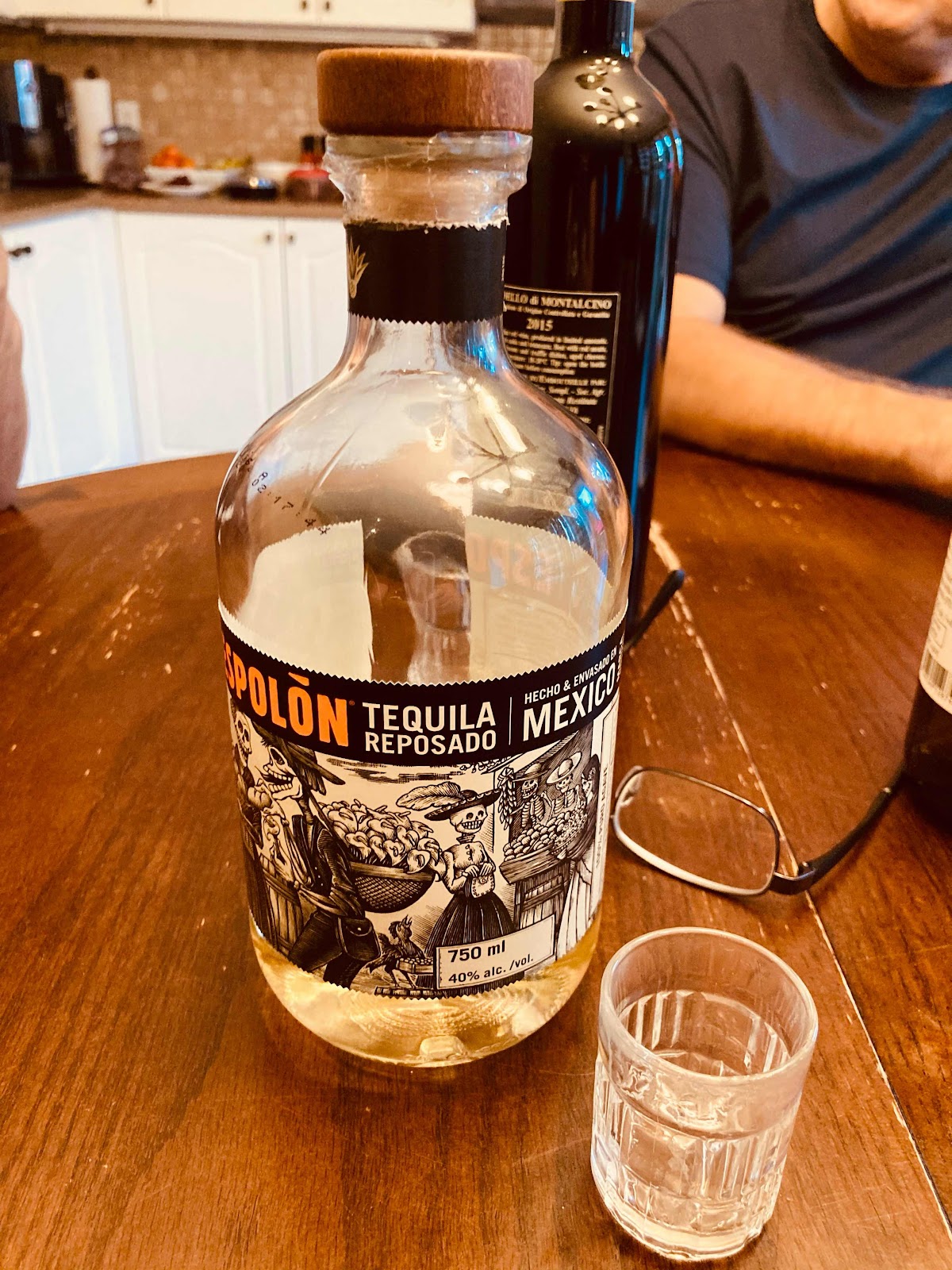 I don't usually drink at Bluesfest because I want to be clearheaded enough to enjoy the music and I hate having to pee at Bluesfest. We threw that caution to the winds this time (the tequila was mostly so less liquid would be involved) and since there were fewer people, the crowds and the lines for drinks and toilets were very short or non-existent. 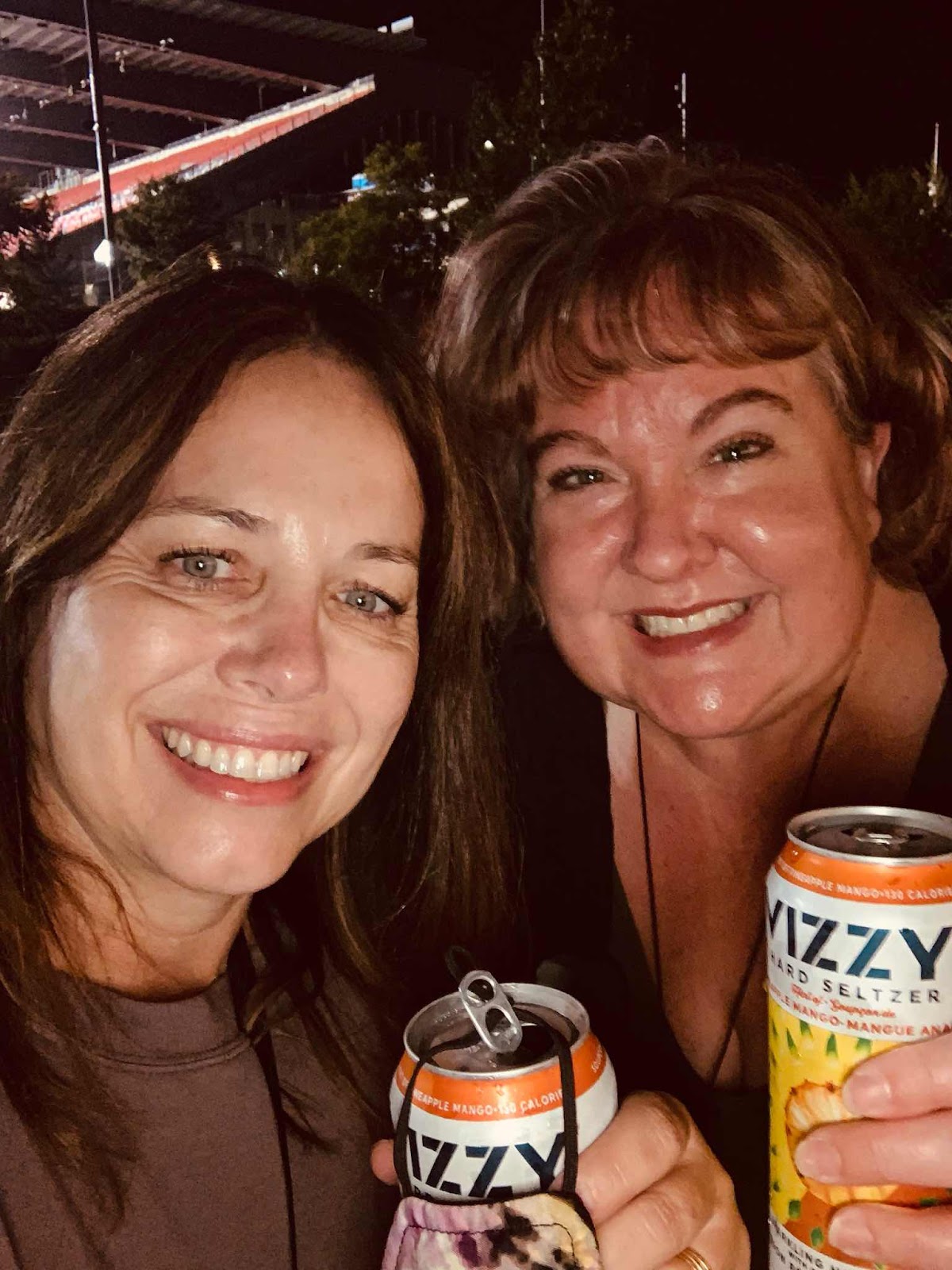 It was SO MUCH FUN. Everyone was SO happy to be there, the audience and the performers - they kept saying "It's SO GREAT to be in Ottawa. Or, you know, anywhere!" We saw MonkeyJunk (knew nothing about them, they were excellent), April Wine (main reason for going, did not disappoint) and Tom Cochrane (enjoyed it even more than I thought I would). 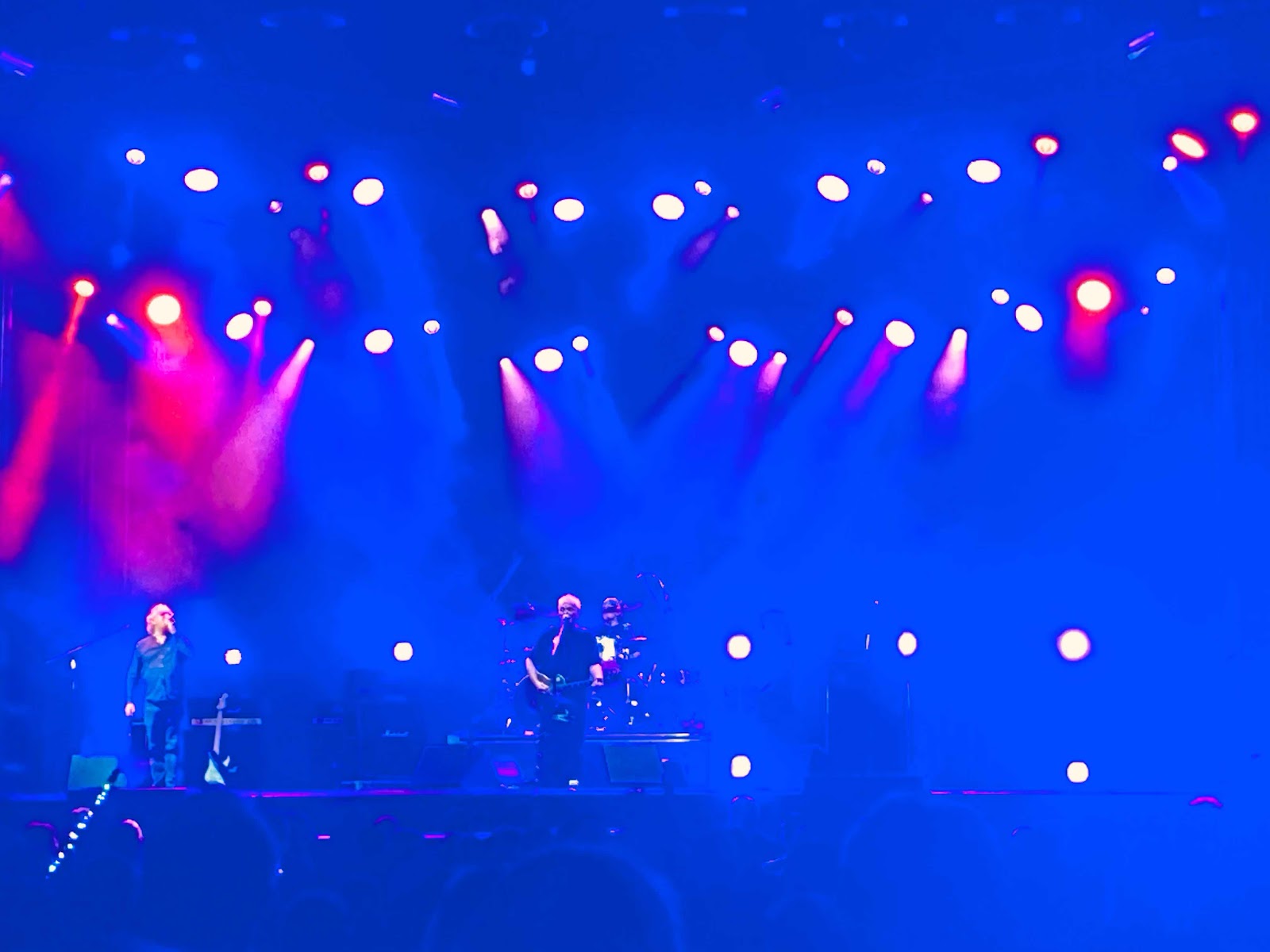 -Our 25th anniversary. We traditionally both forget our anniversary entirely. Last year Matt had gone to bed and I got an e-card from one of my parents' old friends, so I made a Facebook post saying I had been reminded of our anniversary and I was going to text Matt Happy Anniversary so he would wake up and feel bad that he missed it and I didn't (I was joking. Sort of. I did confess that I had help remembering). This year I got the Facebook memory of me being an asshole, so in the morning I texted him a picture of the aged banana he had meant to take to work but accidentally left on the end of the counter beside my mini fan farm. "Is this my anniversary gift? You shouldn't have." So we called Bluesfest our anniversary date. I am bad at mushy love stuff, but considering my chronically low self esteem and the high number of not-good dudes there are in the world, I got really, really lucky snagging this one.

My mom flew to British Columbia to spend a week with her sisters. She was in quite a state about having to fly alone during Covid, but she did well, and we had some nice hang time with my dad, including on his 81st birthday, when we got fish and chips and drank a box of wine. 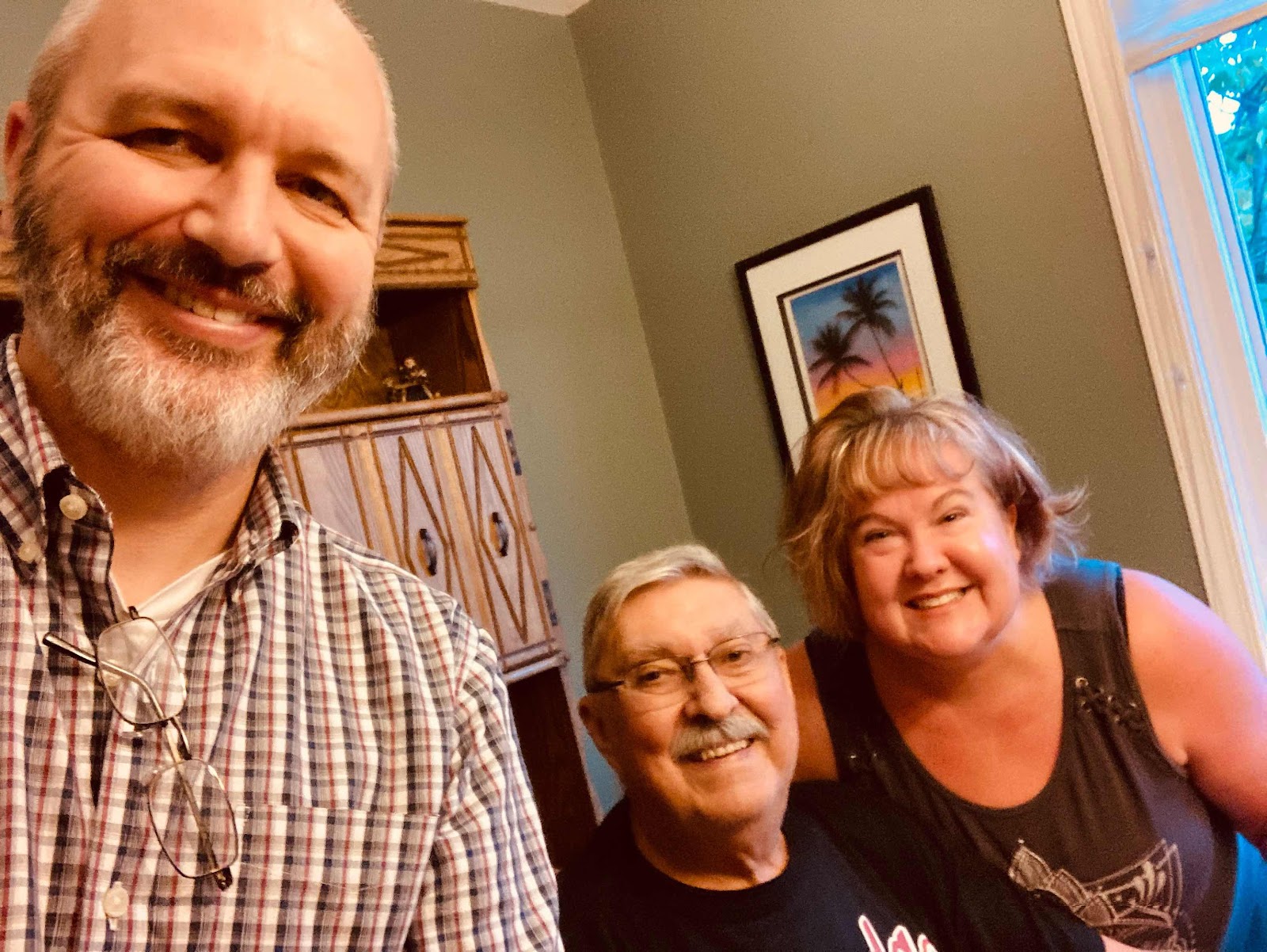 I went to Montreal with Eve's friend's mom for Eve's friend's 18th birthday, to take her out for dinner and buy her her first legal drink (Quebec drinking age is a  year younger than Ontario's). We went to a super cute and fun Mexican restaurant and told the waiter it was Davis's birthday, and he did tequila shots with us in her honour and when she asked if he wanted to see her I.D. he said "no, that's okay, I believe you" and then, at the look on her face, said "I mean YES, I demand that you show me your I.D. right now." 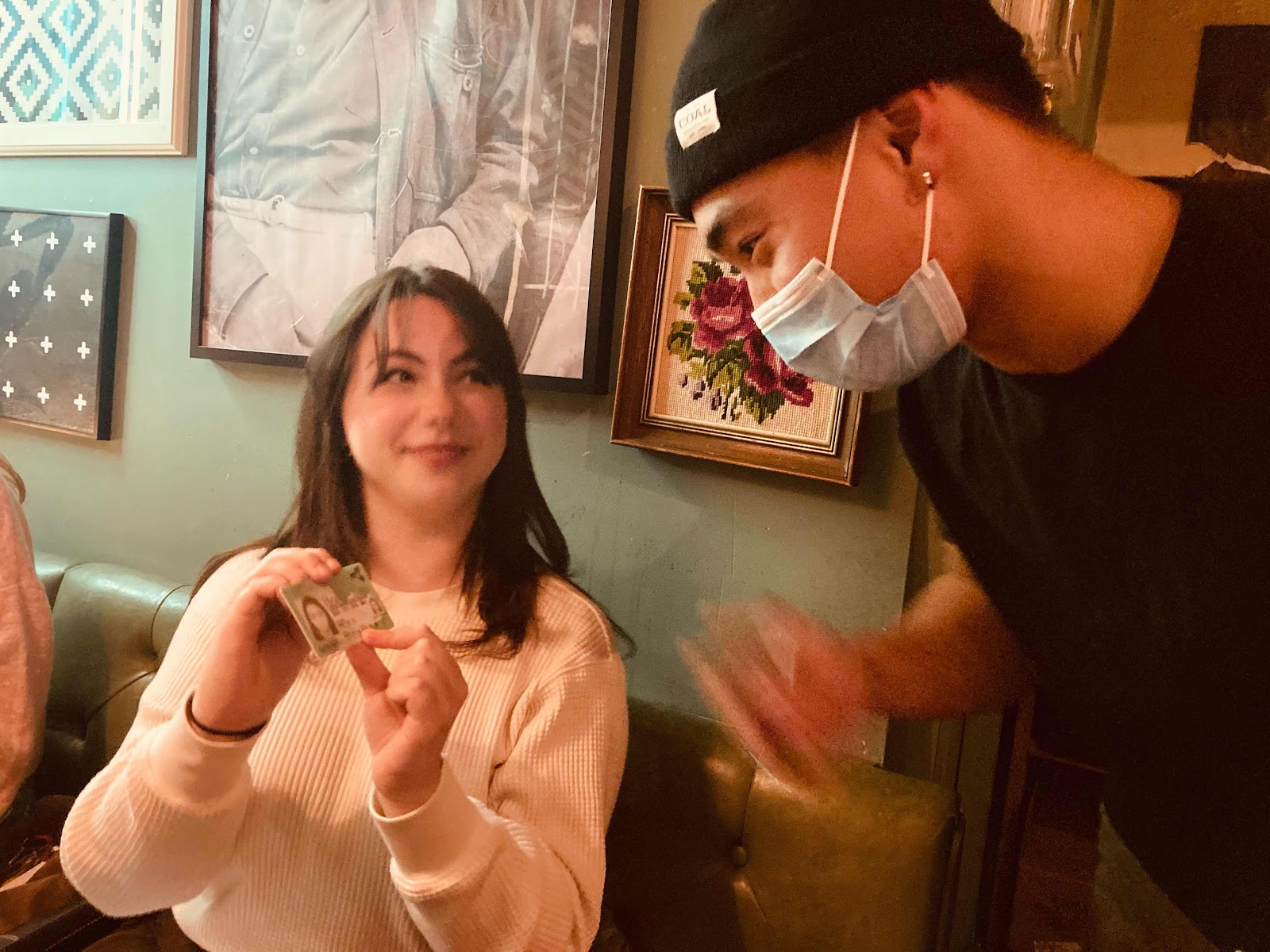 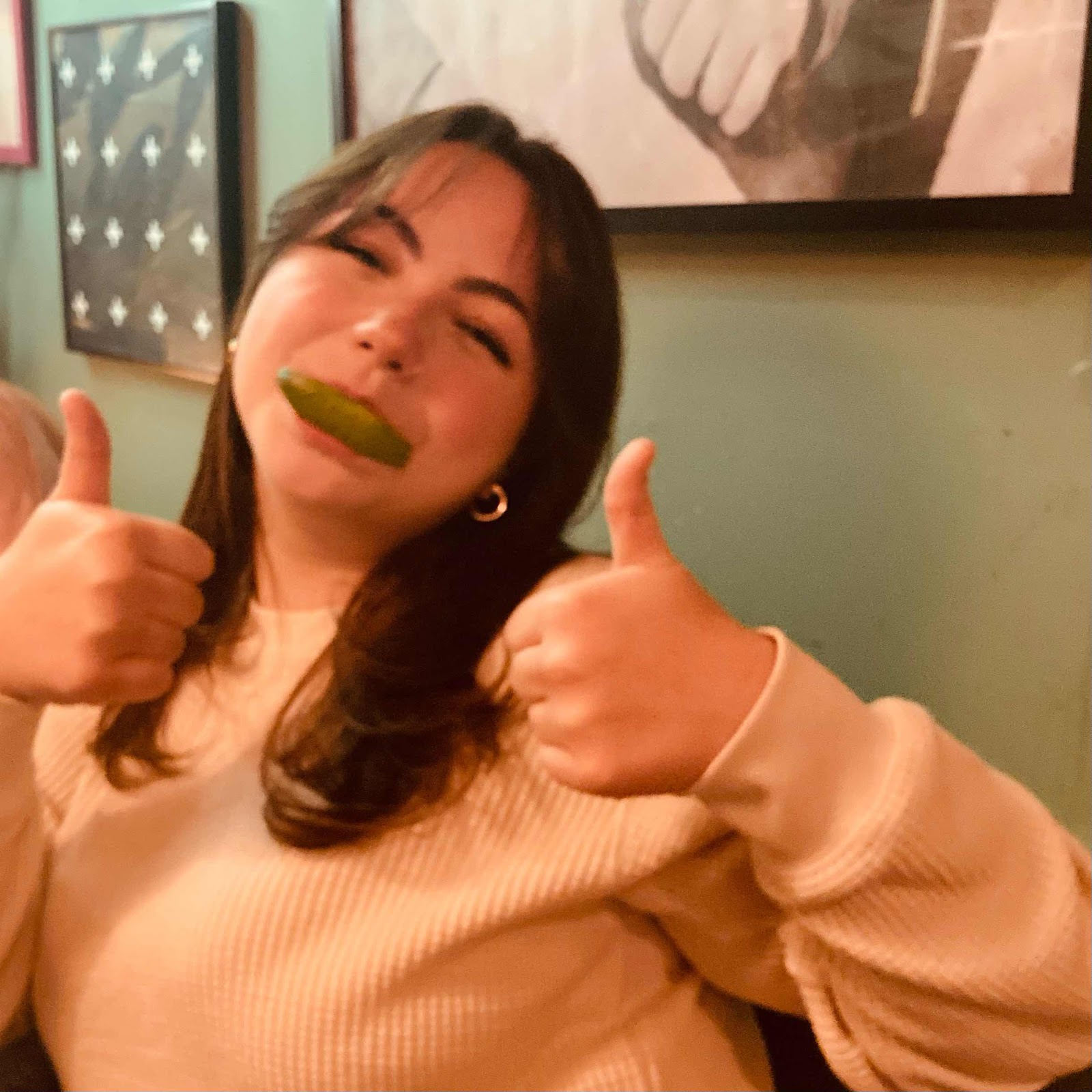 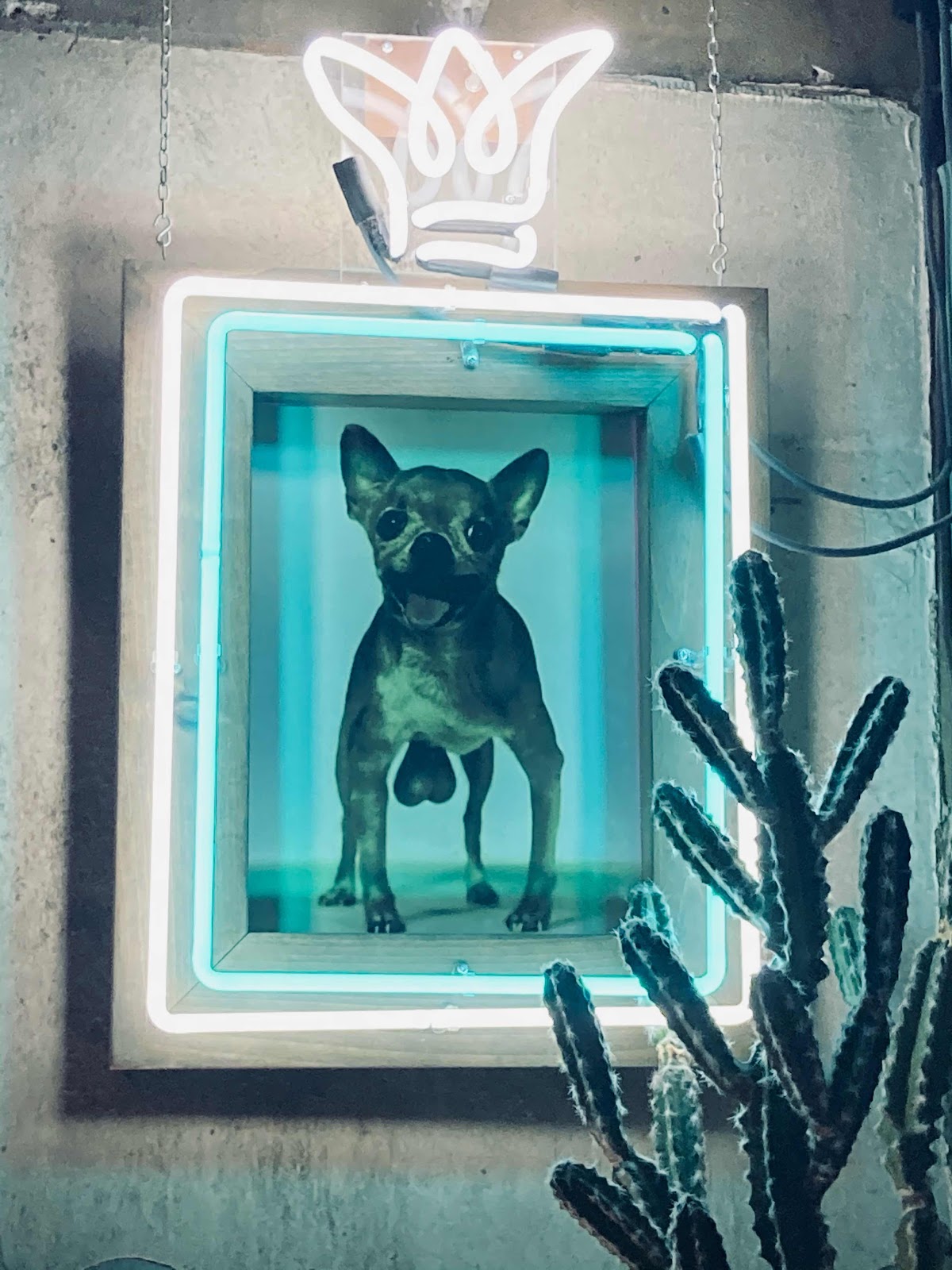 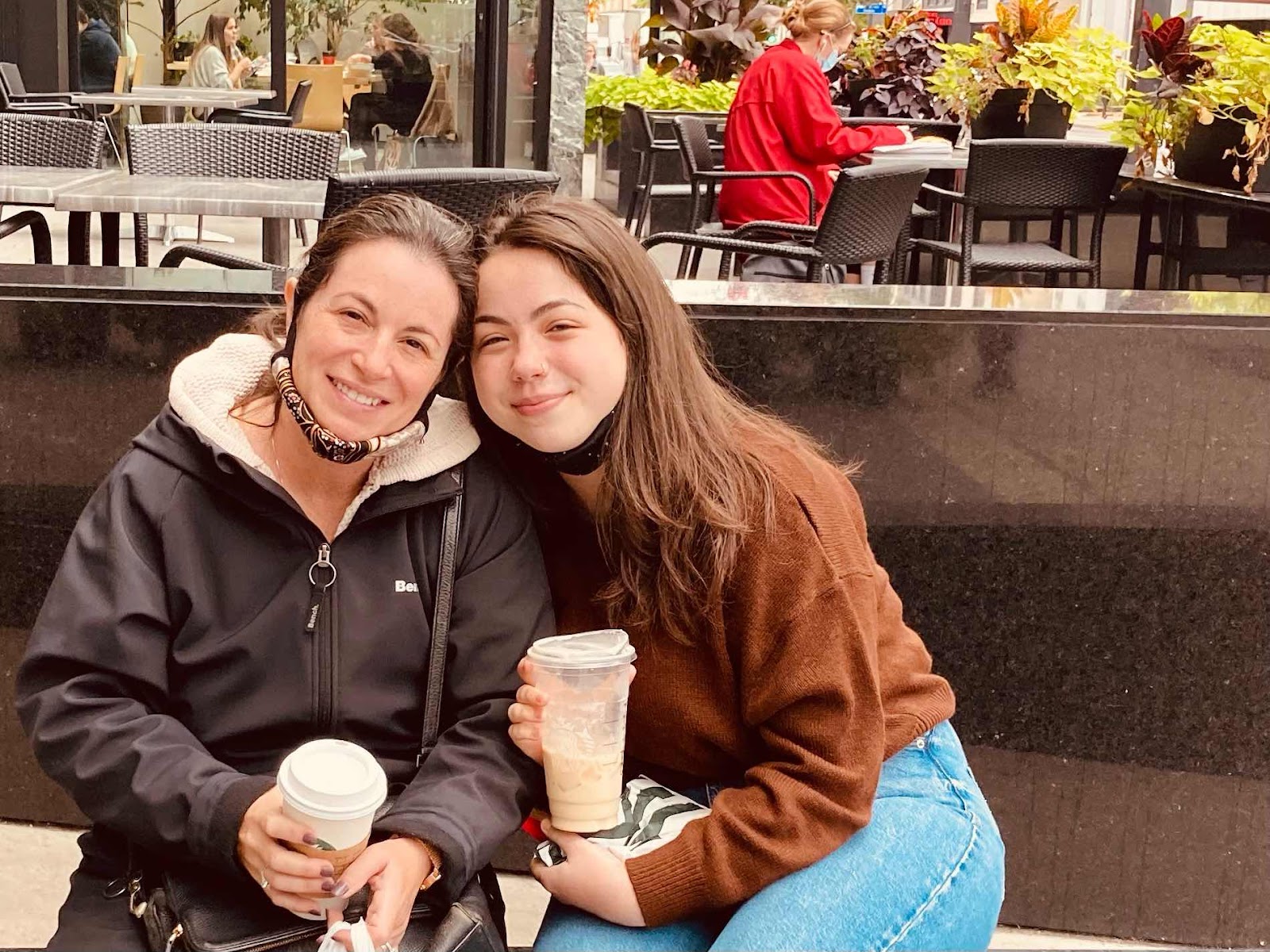 Tomorrow I'm driving to Hamilton for the week-end to hang with Eve and see my old professor for dinner and stay with friends. Then I come home for three days before driving back to pick her up for fall break for a week and then driving back AGAIN to drop her off. My sister in law said "wait, which week-end are you coming?" and I said "All of them".

Nicole MacPherson said…
HAPPY ANNIVERSARY! I was thinking maybe the banana was a euphemism. IS IT?

Tudor said…
OMG - wait - I didn't know you fell in when you went paddling.

I'm laughing, but in a good-for-you-for-having-a-great-story kind of way.

Ernie said…
Love the photos- everyone looks like they are having a great time. I admire your perspective of not having to go sky diving or anything to be able to say you did something you were scared of. Falling in after being assured that it was almost impossible and having it all Dani's fault is classic. A great story. Coach and I just celebrated our 25th in August. Forgive me if I say that in your comments at this time each year. Enjoy your time with Eve.
October 1, 2021 at 5:32 PM

StephLove said…
My sister fell in when we went kayaking in the Bay in July. I admit I took more pleasure than I probably should have in not being the one person in our party who went into the drink.
October 3, 2021 at 7:06 AM

Shan said…
Happy anniversary!! Also if you have time on one of your Hamilton trips, lets try and meet up, since we didn't get to when I was your way.
October 3, 2021 at 7:28 PM