Just realized I my wall calendar is still on February - I forgot to flip it for a whole week. This either means I'm getting better at keeping appointments and work shifts in my phone calendar or I've forgotten a bunch of stuff I was supposed to do this week (brb, checking if I'm still employed). I have this weird tic where whenever I try to open either the calendar or maps app in my phone, I open the opposite one. Isn't that weird? Even if I think about it first I almost always end up on calendar when I want maps or vice-versa.

Last week I did my usual library shifts and office shifts and then I did the afternoon snack program, because I am aiming to do all the jobs at the school. The kids will not know what to expect when they see me. Will I check out a book to you? Give you a late slip or some ice? Toss you a little bag of Shreddies? Jump out of a closet and start teaching math? WHO CAN SAY? (anyone who knows me at all can very definitely say I will not be teaching math).

Doing the snack program is a pretty funny line between a sappily beatific "I am literally FEEDING HUNGRY CHILDREN" vibe and a "omg, back the fuck off you relentless little vultures". One little boy said "I don't want any food, but you look like you have some big muscles". Um, thanks? One girl said she liked my tattoo. One boy worked me like a used car salesman to get a blueberry muffin.

It was Matt's birthday this week-end. We have a restaurant nearby that's been doing what they call a Global Table Series, where the chef creates a menu of seven courses of a specific country's cuisine, you pick up a giant box of little containers, watch a video of him preparing each course and then prepare it yourself. The video is hilarious and there's just enough prep that you feel like you're cooking fancy but not so much that you feel like you're doing all the work. 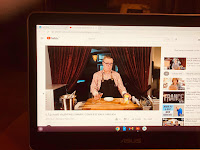 Matt ordered the Thai one for us for Valentine's Day and did all the cooking and it was so much fun. It turned out that this month the Mexico one fell on his birthday weekend so I ordered it and picked it up and did the cooking. 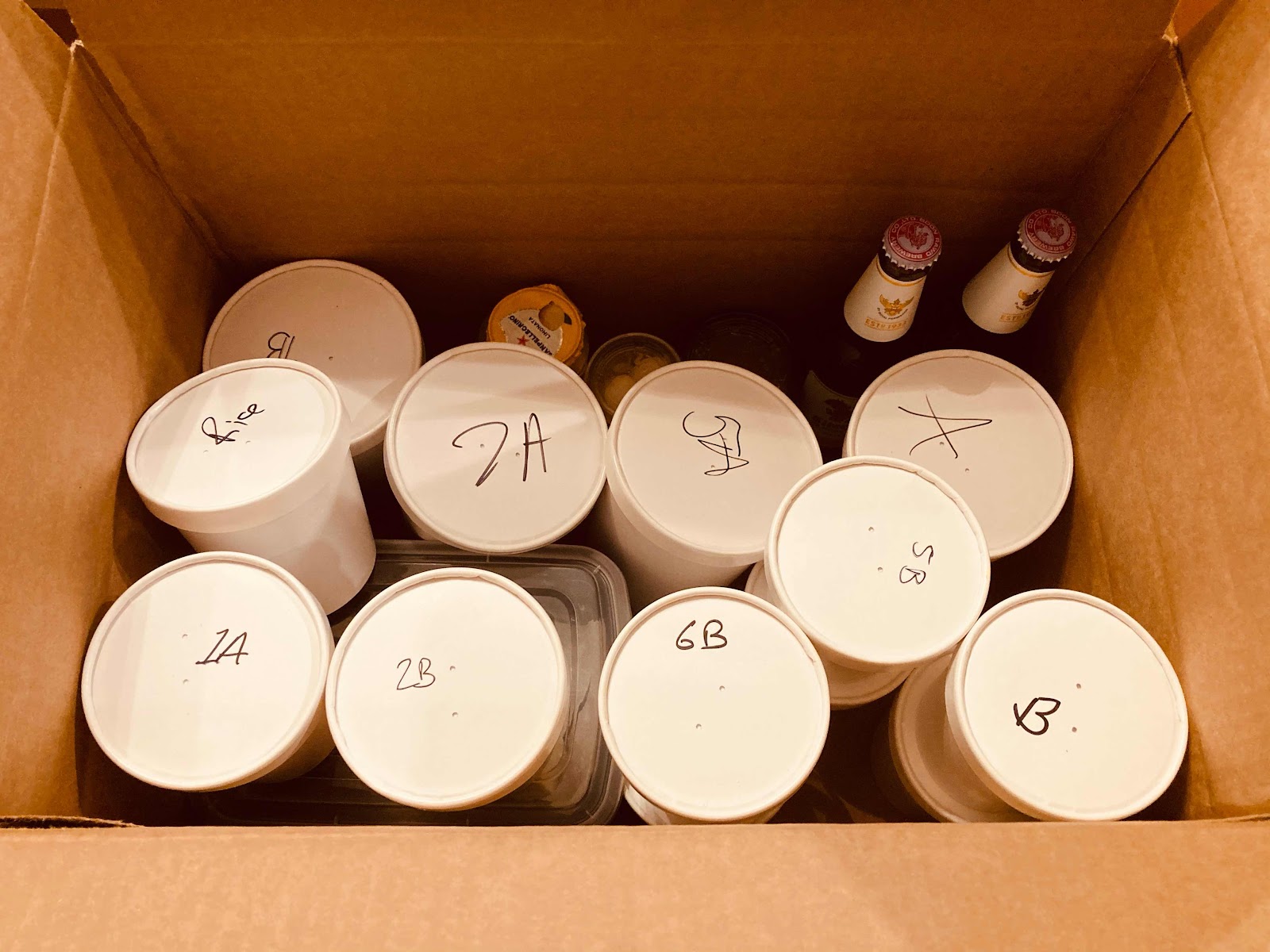 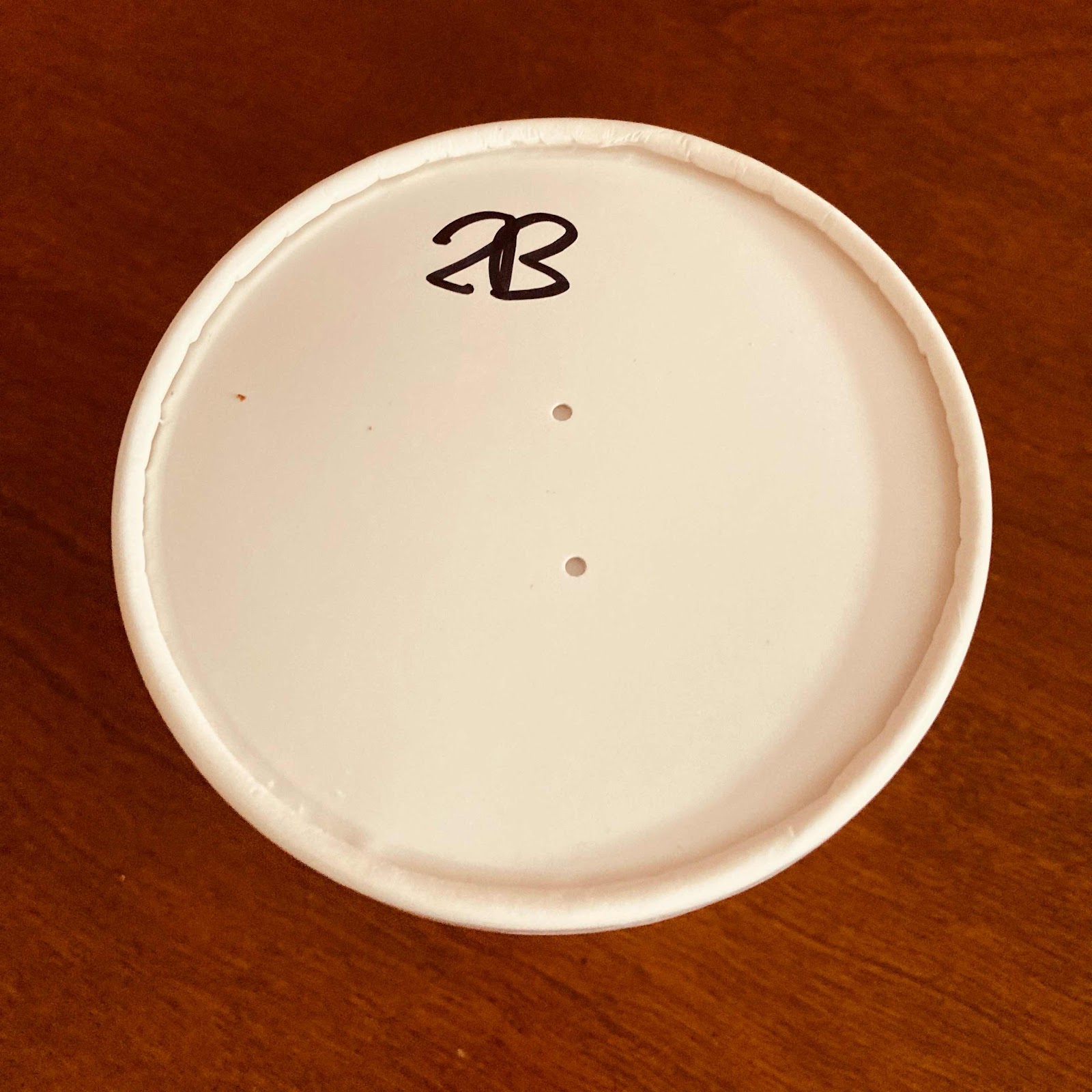 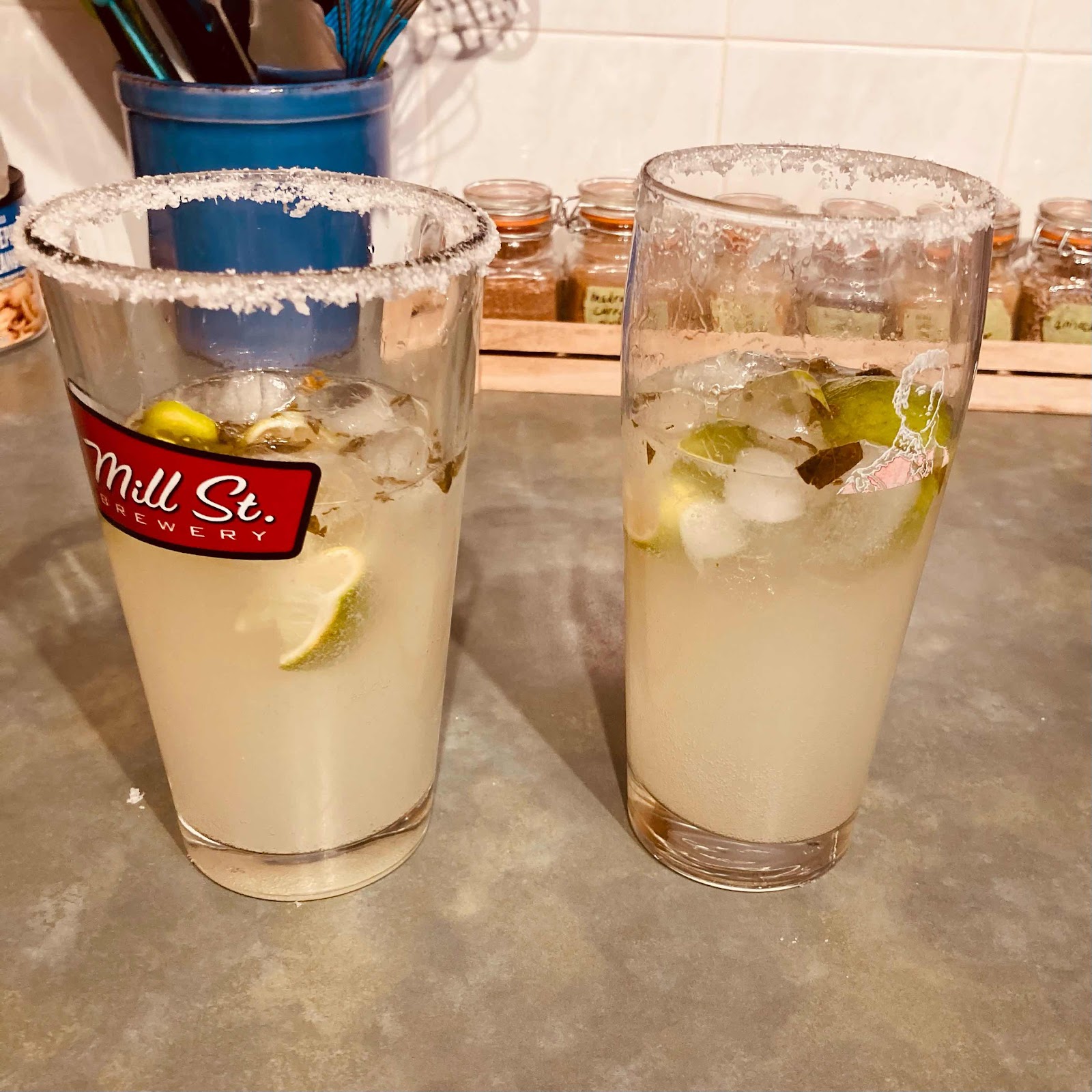 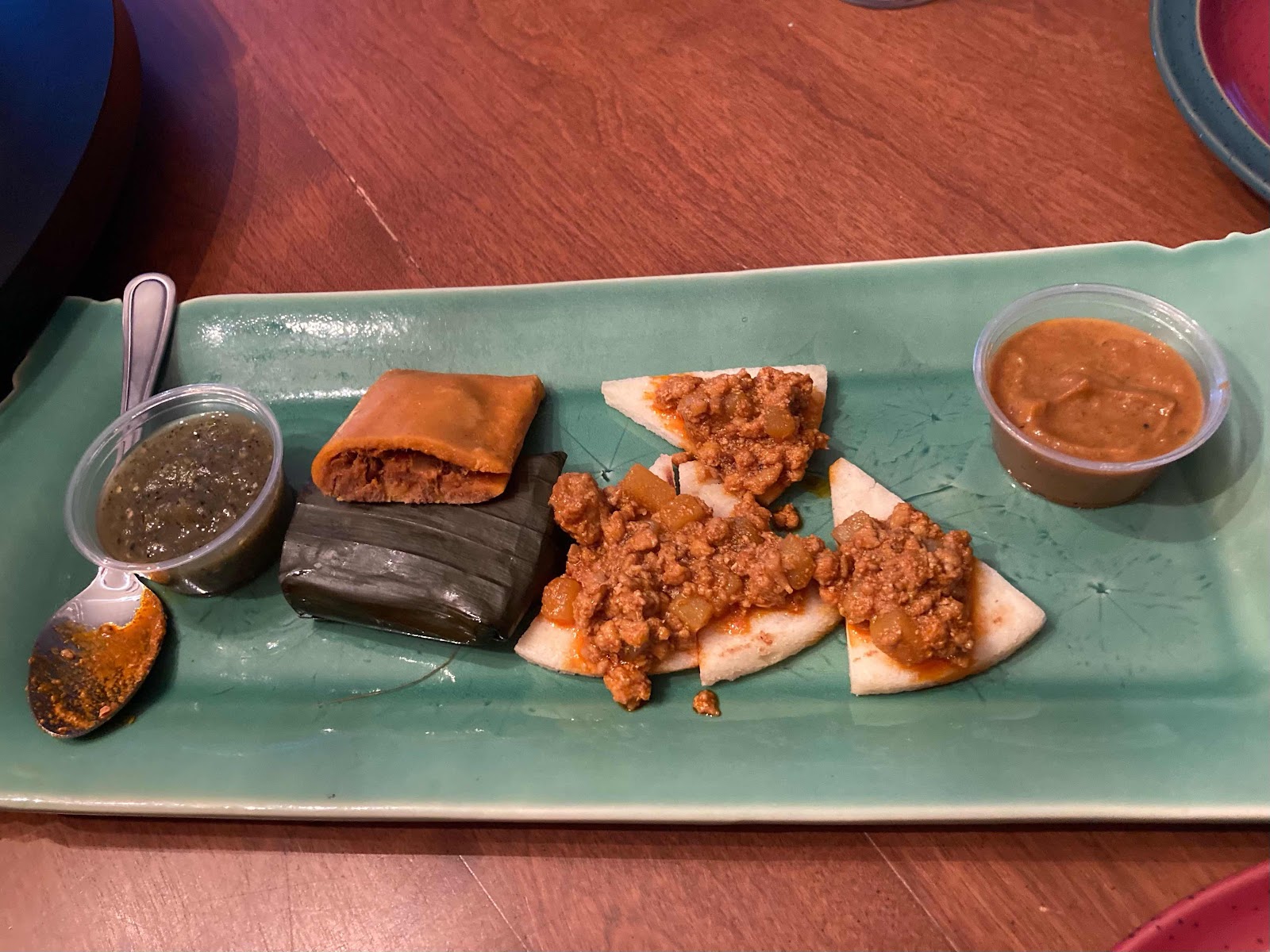 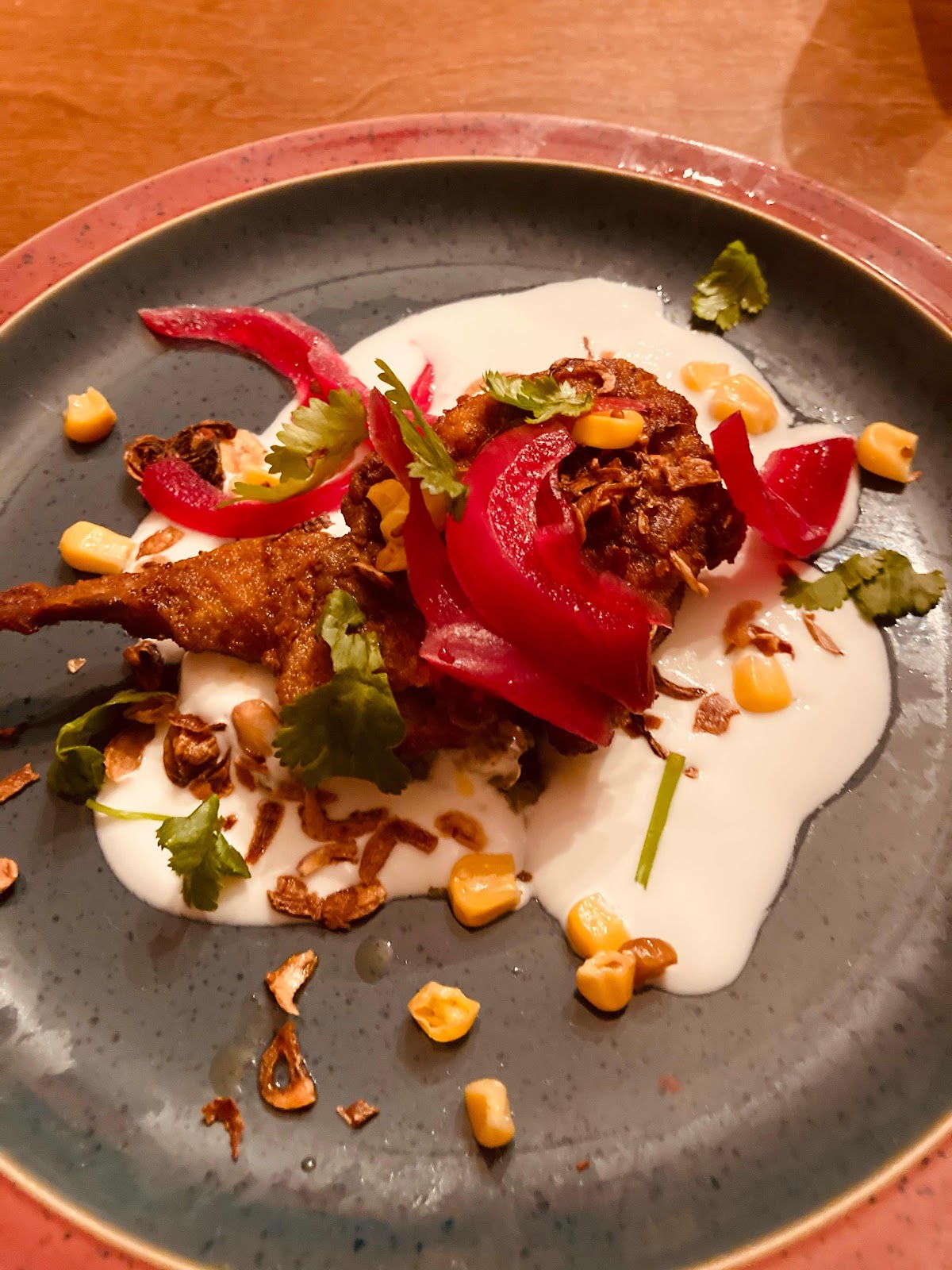 We literally cooked tiny quails. Okay, I will stop with the food photos.

We start early and watch each course video and then pause to cook and eat the course. We played a game between courses four and five so we wouldn't get too full. We still kind of felt like an anaconda that had eaten its yearly goat and needed to sleep for five months after, but it's a really nice way to spend an evening. 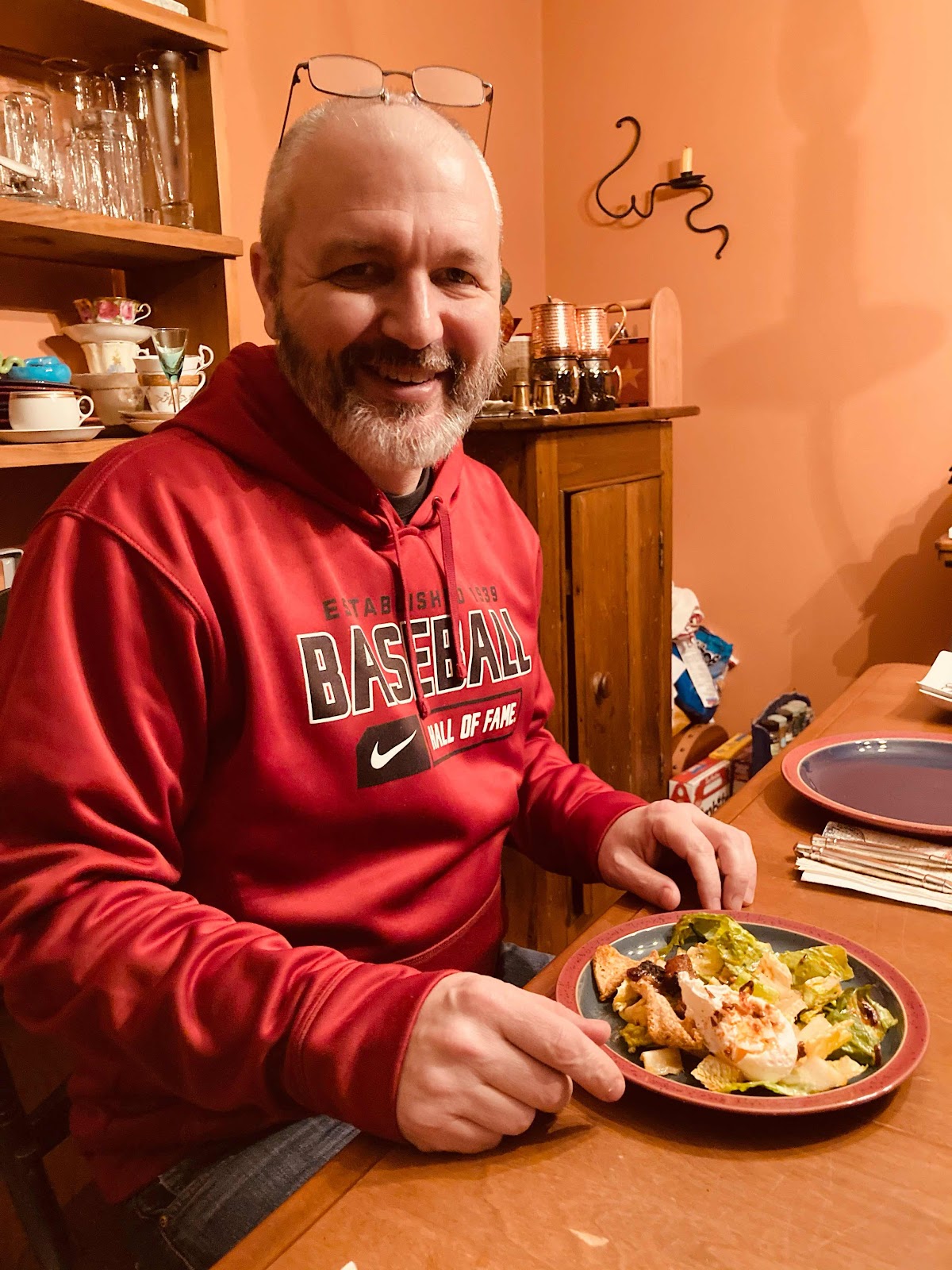 He is OLD, but well fed.

We looked at the menu for next month, which is Germany, and hesitated, because Jagermeister is involved, but we might try it anyway.

So I started this post and then stopped because I was feeling really crappy and then I finally talked to my doctor and she's pretty sure I've been walking around with a raging sinus infection for weeks, which explains a lot. I thought it couldn't be an infection if I didn't have a fever. Am dumb. Antibiotics are onboard and hopefully I will soon be less stupid.

Have you seen this article? It made me feel slightly less like I have to book a brain scan stat, after I started losing my train of thought in the literal middle of a sentence, even with no outside distractions in play. Today I went to get gas. I put my credit card in the slot and couldn't remember my pin number. I mean, I knew what the numbers were, but I couldn't remember how many of them and in what order. I did it wrong twice, took out my card and put it back in and got it right, but it wouldn't let me try again. I got my debit card and got THAT pin number wrong the first time. Took some deep breaths and finally got it right. How are you people with full time jobs or little kids surviving? It is MADNESS.

I figured I'd add some pictures to the post and my phone is upstairs, so now I can't post it AGAIN. This is BALLS.

Okay, pictures added. I still feel like the post is missing something. Wit? Relevance? Wheels? A duck? Whatever. Posting.

Ernie said…
Oh my gosh - this post. It's missing nothing. Love it. You are too funny. The anaconda and the yearly goat killed me. The cooking, well mostly the eating, sounds so fun. I never noticed how much Angus looks like Matt - maybe it's the beard. The kids' comments at the school are priceless. Well done you, wearing so many hats. Sorry that this sinus infection has caused you such pain. Maybe you didn't know that it can be an infection without a fever because you've been lucky enough to never have one. I've had doctors call something a sinus infection just because it was easy . . . then I had an actual full blown sinus infection once and HOLY HELL. I felt like I was hit in the face with a baseball bat. I couldn't believe the swelling I felt wasn't visible to others or in the mirror. Ick. Hope those antibiotics kick in and you feel like yourself soon.
March 11, 2021 at 7:22 PM

Nicole MacPherson said…
I laughed throughout this whole post and I'm hoping that you jump out of a closet and teach something just to keep the kids on their toes.
March 12, 2021 at 5:50 AM

In phys ed one semester in high school, we were doing a unit on self-defense and it was in a regular classroom and not the gym and the teacher had another teacher hide in a closet for half the class at which point he leapt out, to reinforce the point that a threat can come when you least expect it. That was a memorable class.
March 12, 2021 at 6:49 AM

Suz said…
You are the funniest!
Happy birthday to your OLD honey. I love the chef's idea; but goodness that was a LOT of ingredients/pieces to the dinner puzzle.
I like to cook things with maybe 3 ingredients total; maybe that's why I'm NOT a chef?