November 26, 2019
Angus got a haircut today, after growing a truly horrible head of hair for over a year. I tried not to say anything because it's his life and bodily autonomy etc. and it was a little amusing how insane it was driving my husband. He usually wore a hat, which made it look borderline acceptable, but once last summer we were in a restaurant so I told him to take his hat off, and when he did I told him to put it back on. 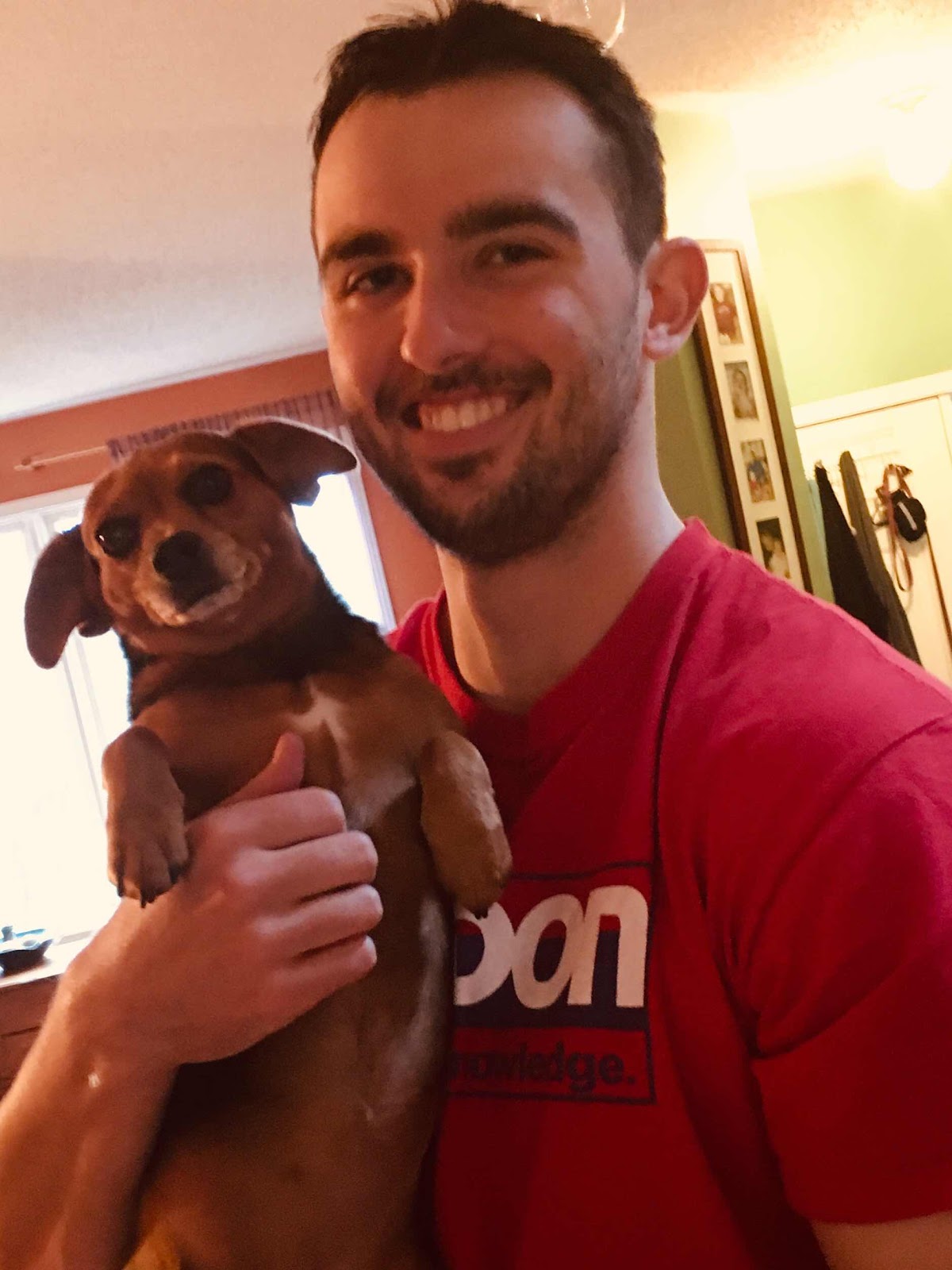 Eve is having a tough week with multiple school-stress meltdowns. She said she doesn't really know why because she's had weeks with an equal number of tests and presentations before. I think it's just freaking November. I got into bed with her last night to rub her back and talk things over to calm her down before going to sleep and to distract her I told her the most horrifyingly offensive joke I ever laughed at. I won't tell it to you because you would have to break off all contact with me in response and I am choosing to believe that that would make some of you sad. It worked, though - she almost laughed her retainer out.

Look at the colours in that picture. Aren't they horrible? It's like they have abruptly expired and I was fine with them for twenty years and now they are poison to my eyes. It's the end of the decade and I'm about to turn fifty and I am seized with the desire to fuck up everything in my house. I don't know exactly what needs to happen, but it needs to be different from how it is now.

I bought the first box of clementines. It seems to me that the first box is always bad, but I don't know if that means I need to wait until later in the season or if the first box will always be bad so I might as well buy it and get it over with. Is this a wacky magical way of thinking which bears no resemblance to logic or reason? Why yes, I believe it might be, and yet here we are.

I am tired and my neck hurts and I can't think of a graceful way to end. Good night, friends. May your oranges be sweet and your physics tests be smooth and effortless.

StephLove said…
Our living room and dining room are the same kind of boring tan color they were when we moved into this house 17.5 years ago. I've always wanted to paint the dining room orange and the living room a mustardy yellow, but not enough to spend the money and endure the hassle of moving everything.
November 27, 2019 at 5:09 AM

Swistle said…
Paint colors are the strangest thing, the way they look AMAZING and WONDERFUL until they suddenly look TERRIBLE and WHY WOULD ANYONE DO IT. It is why I generally freeze up and choose Rental Apartment Cream.
November 27, 2019 at 5:13 AM

Nicole MacPherson said…
Wait wait wait. WAS the box of clementines bad? Have you tried them yet?

We have the same-ish burnt orange colour in our living room, and I still love it, but I get you - we had painted the kitchen a taupe-ish colour years ago, and then the year I turned 40 I was like, this is the worst colour ever, I need the kitchen to be blue. It's funny how that happens.
November 27, 2019 at 6:26 AM

Lynn said…
I hear you completely about the paint colours - and I see everyone else does too! I am also almost 50 and suddenly very, very disappointed with every aspect of our house. I want a new front door! and new windows! and new colours, with new furniture and rugs to match! and a new window cut into the laundry room door! and new appliances! and a new kitchen counter!

Suzanne said…
What is it about paint that is so fleeting? I don't feel like many of my other preferences are so quick to change - it's not like I stopped liking avocados after I first learned to eat them, you know? Yet the avocado green I ADORED and so happily slapped on the walls of the bathroom AND the guest room just a few years ago makes me want to tear my eyes out.
November 27, 2019 at 10:23 AM

Ernie said…
Well I am late to the party. I blame Irish dancing weekend craziness. Anyway- I have a son who let his hair get really bushy. There is a kid at our high school Mini's age whose hair got out of control big and fluffy. I finally told Tank that his hair looked attractive for awhile but it had surpassed that point and crossed into (insert name of fluffy high school kid) unattractive territory. Shortly after he requested a haircut. I cut the boys' hair, and I happily obliged.
December 2, 2019 at 4:38 PM