October 25, 2019
I was feeling especially fed-up with the sleep stuff, and a little aggrieved with the position my doctor has been taking. The thinking is that sleep aids don't go well with sleep apnea, because the last thing you want when you're having breathing stoppages is something that depresses your breathing even further. Which yeah, fair enough, thanks for not wanting my brain further deprived of oxygen, all to the good. The thing is, though, if I can't fall asleep or if I wake up after three hours, I end up taking off my mask, because the only thing more miserable than lying awake for hours is lying awake for hours with something affixed to your face. Eventually I get a few disturbed, gaspy hours, and it all ends up in SEVERE CRANKINESS.

So I decided to try an over-the-counter option and took Gravol for a few nights, and managed to sleep through with the machine working. I don't do it every night, but it's nice to have the option.

I did realize that I've been working and walking pretty steadily since the beginning of September and my feet are still fairly functional. Considering that last year at this time I was just starting to feel the bone spur that made every step for eight months varying degrees of agony, this is a really nice thing that I should take a moment to feel grateful for. I bought a mid-range foot massager and I do stretches fairly religiously, and I have the good, close-by chiropodist as back-up. So maybe my stupid ill-made discount trash-ass feet will carry the rest of me around for a little longer after all. 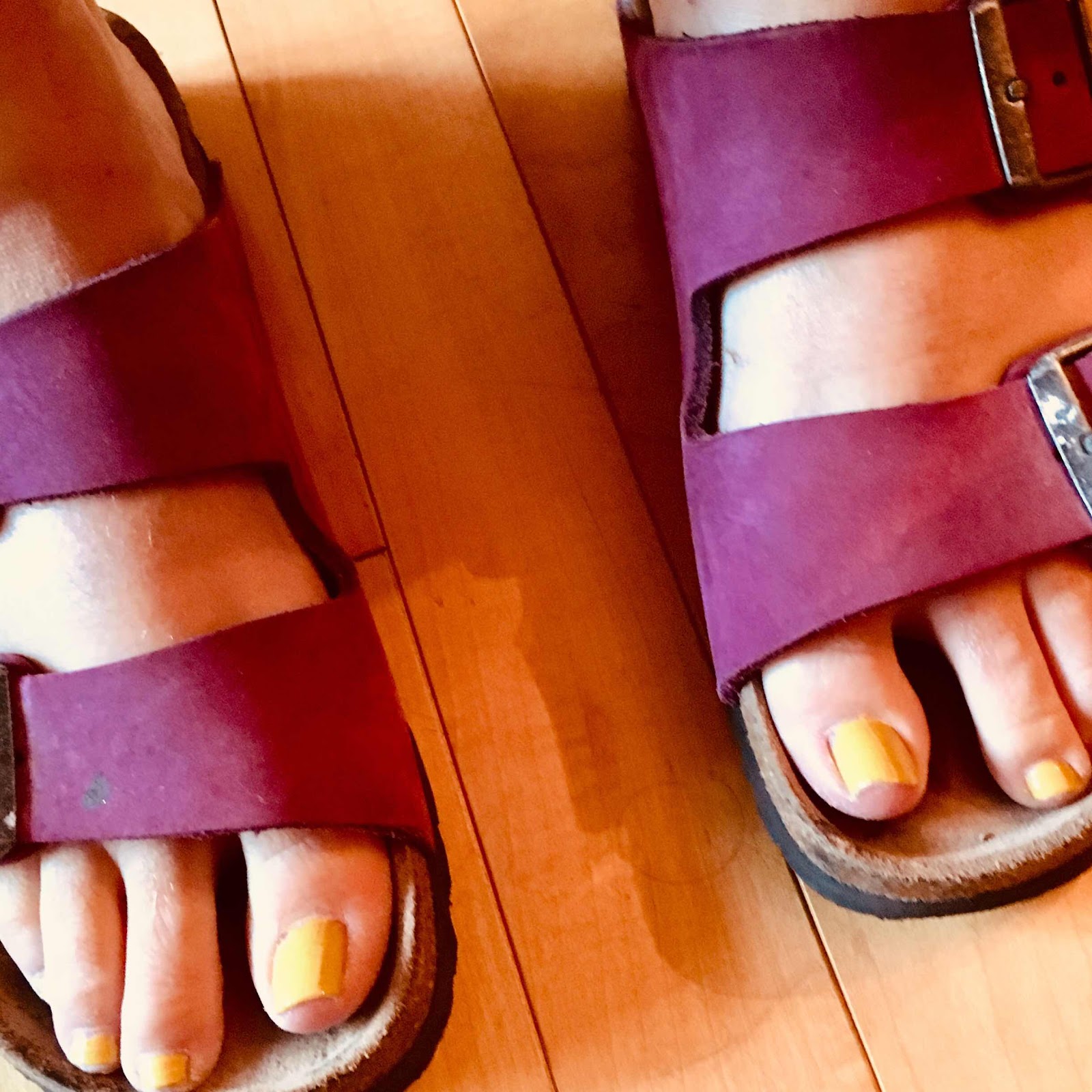 I have developed a small, fairly obvious kitchen hack that has made me very happy. Usually when baking cookies or biscuits or scones I want to make more than one batch. Trying to double a recipe, though, means I usually overload my mixer bowl, resulting in batter slopping over onto the counter and things getting unwieldy and stressful. Making one recipe after another seems cumbersome and makes me resentful, I want to just MAKE BISCUITS, not MAKE BISCUITS MULTIPLE TIMES when there are turgid medical dramas that aren't going to watch themselves, you know? My solution has usually been to make a one-and-a-half recipe instead, but I'm sure if you think about me doing mental math on the fly you can see what frequently goes wrong with this type of operation.

So the first time I made pumpkin scones this fall, I just got out double the bowls and measured everything out for a double batch at the same time but in different bowls. Then I combined the first two bowls, rolled out and baked, combined the next two bowls, rolled and baked and it felt easy and efficient and I put in the right amount of eggs AND baking soda. I wonder if Nicole (HI NICOLE) the Super Boss Baker already does this. Nicole, do you do this? Does everybody do this? I feel like everybody either already does this or will think it's insane, because I'm neurotic, BUT I'm also older and less insecure, so I don't actually care anymore, I feel like it's a genius solution for me. 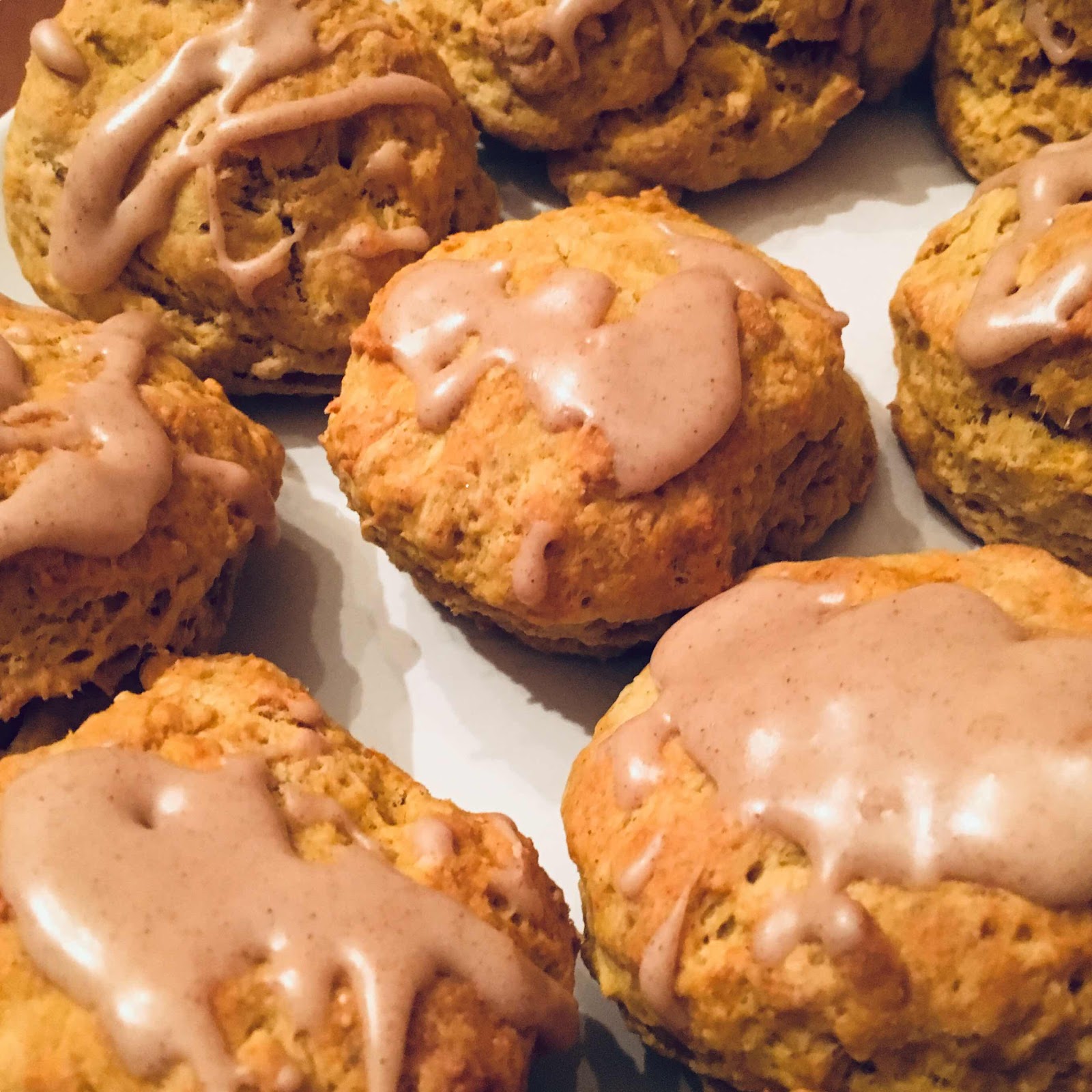 Finally -- pants. In addition to my many, many other issues, I have major sensory issues around clothing. The first time I put a turtleneck on little Angus and he made a choking noise, I knew beyond a doubt that he was my kid (not that I'd had any real doubts previously, but I was unconscious when he came out, so...) I stopped wearing jeans for years because they felt like they were strangling my waist. I started again when they started making them with stretch fabric, but I only buy them big enough so I can pull them on without undoing the zipper or buttons. This works if I get the size exactly right, so they're loose but not too loose, you know? Because I also don't like belts - what's the point if your pants don't strangle your waist but some piece of leather is digging into your flesh?

Then I bought a new pair of jeans and wore them when we were visiting Angus at Elmira. I went down the hallway to get some ice, and on the way back to the room had a major wardrobe malfunction while both hands were holding the ice bucket. Fortunately the hallway was empty, but clearly things could not continue in this manner.

I revisited the belt issue. I considered that it was possibly less that all belts were evil than that, perhaps, I had bought a belt at Army-Navy Surplus that wasn't quite long enough and didn't have enough holes in it but looked cool and then tried to make it work.

So I bought a nice long belt with double holes punched all the way to the end. And I did it up just tight enough that my pants didn't fall down but the belt didn't dig into my back when I sat down. Much.

Or maybe I'll just stick with leggings. There's a limit to how many tricks an old dog can learn.

Nicole said…
HI ALLISON! I haven’t done that by my god it is brilliant!!! And my mom has never been able to wear turtlenecks. I can’t wear sandals like flip flops because I can’t bear anything between my toes. That includes the tissues that the esthetician puts between toes during a pedicure.
October 26, 2019 at 5:24 PM

StephLove said…
I have a question about the mask, because a doctor once told me I might have sleep apnea. Does the air blowing into your mouth make you thirsty? I'm always thirsty at night as it is.
October 27, 2019 at 7:09 AM

Allison said…
This is the "other" Allison (who commented on Lynn's/Tutlehead blog post about the Mentos). I have been reading yours (and Lynn's) blogs for ages but I am not sure I have ever commented. Love them both but feel a certain kinship (hope that's not weird) with you as I am also in Ottawa AND a library technician, not to mention the most important that we both spell our name the only CORRECT way. :)
October 28, 2019 at 5:10 PM

Allison said…
Haha! I drink coffee. And I did the program at Algonquin, too. I worked as a library technician for over 20 years but then kind of fell into a payroll job when I was looking for full-time work after working part-time for a few years when my son was younger.
Anyway, I think it's so cool how you work in a school(s). And I love your sarcasm and book reviews. Would love to have coffee/tea one day.
October 28, 2019 at 6:49 PM

Common Household Mom said…
That's a brilliant solution to baking a double batch. Works as long as one has a lot of bowls. My son just moved into his own apartment and he has zero bowls. I guess that's why he still comes home when I have baked something....