August 31, 2016
Remember how I took Eve to Bluesfest for the first time last year and almost died of anxiety? But also found out that she loves Bluesfest as much as I do, because we both love live music more than we hate crowds? And crowds outside are different from crowds inside (usually - more on that later)? So this year I got us passes again and when it was time to drive there for the first time I felt a sort of baffled tenderness for last-year me because what's the big deal? And Bluesfest was wonderful. 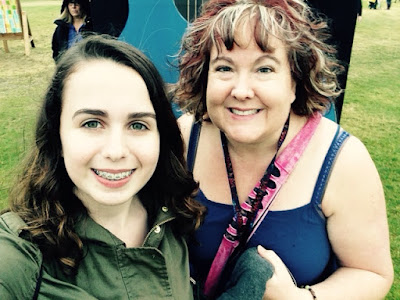 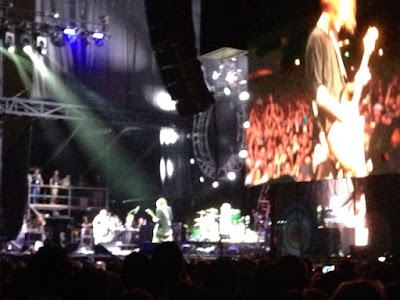 But this is not about that.

Some of you might remember a big dress-code kerfuffle stemming from an incident on Eve's three-day year-end camping trip in June. A male teacher asked that a girl change her jean shorts because they made him "uncomfortable", I email the principal and vice-principal, the vice-principal doubled down on a bunch of stupid untrue stuff, Eve's idiot teacher made it all worse, I threatened to escalate my complaint and the principal sort-of capitulated.


But this is not about that.

This is about me, the woman who had said "for God's sake, she was wearing a bikini two hours earlier, how much worse could a pair of jean shorts be?" sitting on a blanket at Bluesfest, with my head squarely at ass-level, looking around at a sea of flapping butt-cheeks, thinking...

"I may have been mistaken".

Nicole Boyhouse said…
Hahaha! I was talking to a friend of mine who just went to the reboot of Lollapalooza (maybe it's just called Lollapalooza? IDK) and she said "The clothes these kids wear nowadays! The shorts with butt cheeks hanging out and pockets!" and then we laughed and laughed because we sounded like little old ladies.

StephLove said…
This reminds me of being at NY Pride one year in the 90s when Beth worked at a gay rights org and we went to Prides all over. She was staffing a table and at one point, I came to the table, exhausted and sat on the ground behind it (so I could be near her without anyone thinking I was working there and you know, interacting with me). I glanced up and noticed that the guy working the table with her-- who's still a friend of ours-- was wearing very, very short cutoff jeans and nothing underneath. From my vantage point, I could see everything, not just butt cheeks. I loved him, but it was more than I needed to see.
September 2, 2016 at 4:37 AM

Maggie said…
How did I miss the dress code kerfluffle? MAN I am bummed because I would have been over here cheering you on in spades. What a pant load. I am so happy you stood up and said he was full of crap. Am very tired of the grossness of girls being told to cover up because it makes boys (or men - EW) uncomfortable. OK, I'm forcing myself to stop ranting on about what this post is not about before you ban me forever for not controlling myself...
September 9, 2016 at 1:52 PM