April 07, 2016
I feel like crap today. I'm tired and everything hurts and I feel like I have no excuse for feeling the way I do. Then I watched a medical show where a depressed man said he had no excuse for feeling sad and Oliver Platt said "you don't need an excuse, you're a human being" and it made me sob. My friends have all said awesome comforting things, and I walked Lucy and cooked stuff and helped Angus with an essay and rounded up some volunteers for the book fair, and I don't feel like blogging but I don't want to not blog for two weeks again, so here, have some random pictures from our March Break vacation in Mexico.

These were all over our resort. There was some spirited debate about what they were, which would have gone on much longer in the days before Facebook. They're called coatis or coatimundi, and they're member of the raccoon family. The kids all wanted to bring one home. 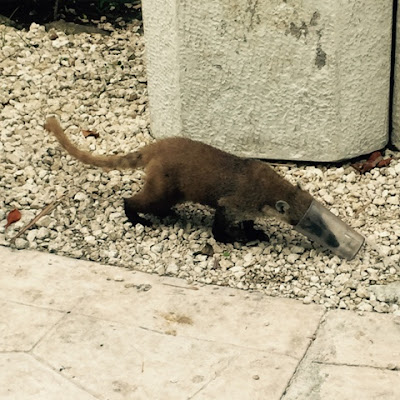 Every time someone called security for our little block of rooms, the security guy would park his bicycle at the bottom of these stairs, which were right beside the patio of the room we hung out on for pre-dinner drinks. 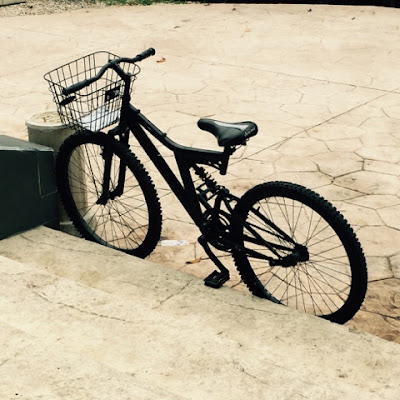 Every single time he did that, someone would do this. You might find this hard to believe, but it never got old. Seriously. It was hilarious every single damned time. 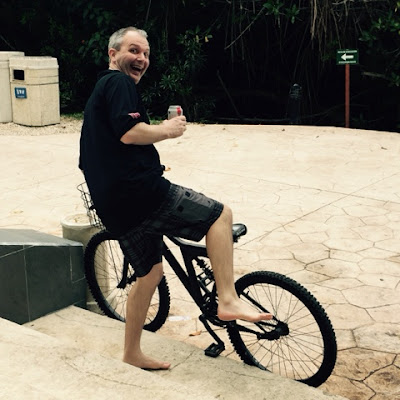 Walking back to our room from dinner on our very first night, Matt said we should take a family selfie. We were all exhausted and hot and wanted to get back, but he said no, come on, we'll want one from the trip and if we don't do it now we'll forget. And he was totally right. 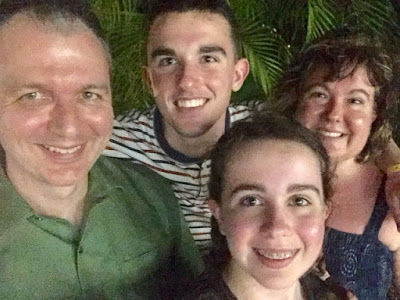 There is definitely no alcohol in this peach daiquiri.

Nicole said…
Love you and I love these photos. Want to go on vacation with me? It would be fun! I like peach daiquiris (but obviously with booze added). (Well, you knew that already).
April 8, 2016 at 9:46 AM