November 16, 2015
Things that happened on my girls' week-end with Zarah:

I was stressing about my hair before going out in the morning and Zarah said "you ALWAYS panic about your hair and you get compliments on it ALL THE TIME." I said "Shut up, I do not." We went out for lunch. Some woman said she loved my hair.

We ate Thai one night, Indian the next, and leftovers the third. I found it kind of cute that Zarah usually loves her food all mixed together, but she had to make two trips because she didn't want her Thai curry touching her Indian curry.

I thought I wasn't going to spend any money this time. Isn't that adorable? 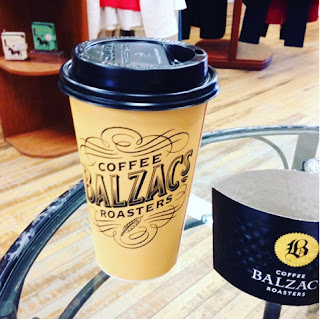 We were invited to merge our girls' week-end with two separate guys' week-ends. Thursday night we had book club. Friday night we got home after shopping and thought we'd take a break before deciding if we'd head out again. Zarah had heard good things about Aziz Ansari's new Netflix series Master of None. We watched two episodes, ordered Indian and binge-watched the whole series. It's fantastic - funny but sweet, not mean at all, very insightful about a lot of issues. Saturday night we got home after wandering around downtown, took a break and decided to watch Trainwreck, which we also loved. So yes - our week-end could be called embarrassingly girly and middle-aged. Fortunately, we're middle-aged enough that we don't really give a fuck.

I told her that I was feeling a little panicky about my reading total on Goodreads because my year-end book round-up post was going to be significantly shorter than the past few years. She said not to worry about it.

She told me about reading that tidying up book and said it was kind of ridiculous, EXCEPT.... and then showed me the stuff she'd changed and talked about why, and it made sense. I asked if the book was short (one more in before the end of the year!) She said really - don't worry about it.

One of the guys on one of the guys' week-end was her co-worker who kept making jokes about us having pillow fights in our underwear. So before bed one night we jokingly staged a pillow fight in pictures while wearing our pretty bras (Zarah and her Barrie bra store are responsible for all my pretty bras). Then we looked at the pictures and decided that texting them to her co-worker would be a really bad idea and just texted them to our significant others instead. Twenty minutes later I realized that after texting them I needed to erase them before they started scrolling across our television when the Apple TV went on screensaver - this is how Matt and I knew to ask Angus who the girl in his lap was at the birthday party he went to last week-end. Damn the Cloud.

We talked about All the Things.

We split the most perfect turkey, avocado and bacon crepe ever created. 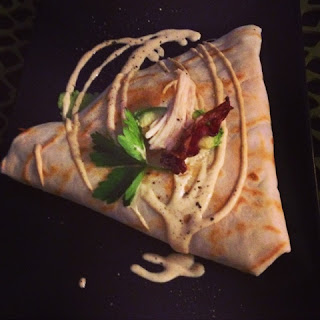 We bought some cool stuff. 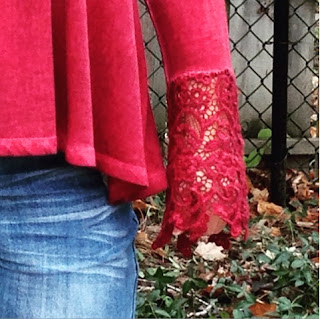 We got totally suckered by an adorable Ukrainian sales girl and I ended up buying some Magical Eye Serum because Zarah said it TOTALLY made a visible difference. The boxes were so fancy she had to help me figure out how to open them we got home.

We listened to a hilarious episode of The Debaters (as opposed to all those non-hilarious ones, yes, that was a rather uninspired choice of adjective) where Debra DiGiovanni (who I adore) was arguing with some dude about whether bad boys were desirable or dismissable. The other guy was listing Hollywood Good Guys, and one that he named I agreed with and Zarah gave me a strange look. While I was washing my face the next day I suddenly realized this was because I THOUGHT he had said Colin Farrell when he had ACTUALLY said Colin Firth. It was nice to achieve closure and harmony on that. 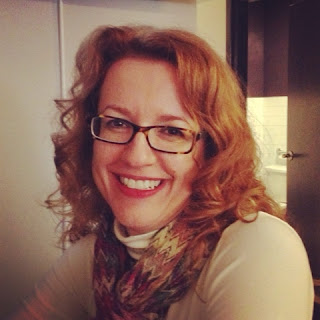 Alison said…
That sounds like a perfect weekend. You made me realize need one of those with a friend!
November 17, 2015 at 4:11 AM

StephLove said…
I guess it's a good thing I don't keep track of how many books I read or I'd be doing that, too.

And that pictures on the screensaver thing sounds like an interesting parenting tool.
November 17, 2015 at 4:14 AM

Hannah said…
I have always loved your hair. You have kick-ass hair.

Lynn said…
I love, love, love that red sweater. I used to have one like it in university and now I'll all nostalgic and must have one. Where did you get it? (Please say convenient local chain store like the Gap, fingers crossed!)
November 17, 2015 at 1:56 PM

Kim said…
Man, this whole thing sounds GREAT and I agree with Lynn about that sweater. My fleece this year has thumb holes [I know] and now I am all about exceptional cuffs.

Also I think the first thing I ever said to you in person was something about your hair. I know it meant to be a compliment, but it may have come out all wonky. Your hair is the CUTEST.
November 17, 2015 at 10:43 PM