Better Living Through Pharmaceuticals. NOT. 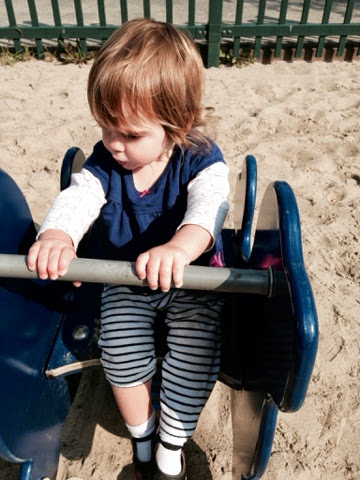 
At the same time. 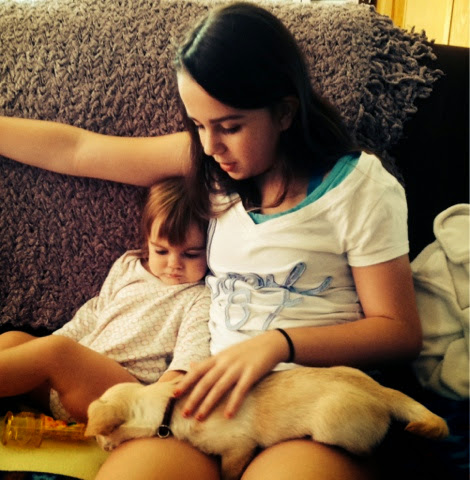 It was really hard. 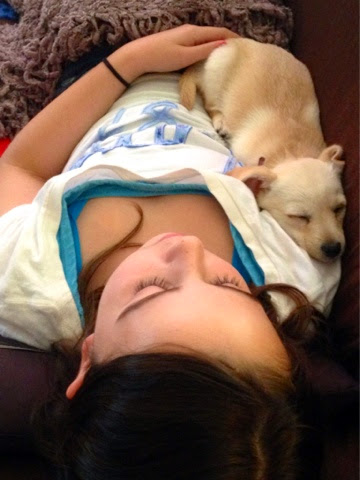 Then the baby went home, and I cleaned up the kitchen and finished an assignment, which made me feel like I was the MAN, all getting shit DONE. Eve's friend came over to see the dog. I was getting a headache. I took some Advil. I went down to do some laundry. I was having trouble moving around and I started not being able to move any of my limbs without moaning in pain. I thought this was probably not good. Matt came home and took the girls over to Eve's friend's house and then left for baseball with Angus.

I huddled in my chair watching The Mindy Project on Netflix, which meant I was alternately moaning in pain and laughing hysterically. I started to feel worse, so I moved to the bed. Just to illustrate how very very wretched I was feeling, I stopped watching The Mindy Project just after.... wait, I don't want to do spoilers....just after SOMEBODY and SOMEBODY did SOMETHING, and then there was a big long hiatus for the show which would have had tv viewers going INSANE, and I had the power to watched the next episode RIGHT THEN, but I was too sick.

I realized that the last time I felt like this was when I'd try to go off Pristiq cold turkey, which was, admittedly, idiotic. But this time I had weaned down very gradually on the advice of my doctor, and I felt every bit as bad as the last time. I dragged myself out of bed and took a pill, then I lay there waiting for the boys to get home and trying to remember the funniest lines from The Mindy Project to tell my husband.
My husband is a kind and patient man, but when it comes to me being sick, he really only has two speeds: 'I kind of think you're exaggerating, but I'll humour you', and 'Let's go to the hospital, because if you die in this bed I'll have to buy a new one to sleep in'. When he came home, not only did he not laugh at Mindy's line about the fiesta wrap, but he didn't think there was a bug in my ear OR that my head was actually glowing like Gwyneth Paltrow's in Iron Man 3. This was annoying, but not as annoying as an hour later, when he figured out how to change the battery in the thermometer, took my temperature and suddenly decided we should go to the hospital immediately if not sooner. Since air and light and being upright were all incredibly painful things to me at that moment, I was less than impressed by this plan. I suggested he call my sister, the pharmacist, or one of the three-to-five doctors and nurses on his side of the family, so they could tell him that I was right. He said he didn't want to scare anyone. Since I am the very model of sweet reason, especially when I'm sick, I totally said "I appreciate your consideration for their feelings, but I would really like to get an opinion with some medical knowledge behind it". I absolute did NOT say "YOU USELESS TWAT, WHY DO YOU ALWAYS CARE MORE ABOUT EVERYONE ELSE THAN ME, YOUR WIFE AND THE MOTHER OF YOUR CHILDREN?" and then wing the thermometer at him.

He called my sister.

We ran down the list of symptoms and my sister agreed that they did not sound awesome. She said that it would take a few hours for the Pristiq to get back into my system, and that I should go to the hospital if it felt like I was going into shock from the pain or I was losing consciousness. I told her I was also having my period (not because I thought it was relevant, just for extra sympathy), and she said comfortingly "yeah, but at least that means you're not pregnant", which was a really good point.

We hung up and I took some codeine and told Matt not to let the kids come in and see me because I was scary. He put a cold cloth on my head that veritably sizzled. Eve came home a while later and came into my room (you had ONE JOB, dude, ONE). She said they watched a movie called Billy Something. I said "oh, the dancing one? I love that movie." She said "no......" and I realized she'd said Billy Madison, not Billy Elliot, which made me think maybe I SHOULD go to the hospital, because confusing Adam Sandler with Jamie Bell is not the act of a well woman. She left and I did a little more labour breathing. Matt came in and I said I couldn't tell if I was falling asleep or losing consciousness, and told him about Mindy instagramming her boob. I realized I no longer felt like an elephant was standing on my rib cage, which seemed like a positive development.

Then I woke up and it was Wednesday. Eve brought me ice water and a crumpet.

For all the time I spend on the internet, I really should have devoted a little less time to cat videos and that guy with two dicks and a little more to researching what drugs I take before taking them.

I'm impressed that you can laugh about this, because it sounds bloody terrifying.

Julie Leclair said…
Oh Alli! So glad you are on the other side of it to be able to retell it with some humour. Hope you've figured out how to wean off without those terrible side effects.
August 5, 2014 at 5:09 AM

Jenny said…
Oh, honeybun, I hope you feel better soon. The months it took me to get off of Effexor, which I think was the predecessor of Pristiq, were the months of my very worst mental health. I never thought of myself as lucky to have not had physical symptoms, though. Good luck. Please email me if I can help somehow.
August 5, 2014 at 8:50 AM

clara said…
It's weird when I start thinking let's all just smoke pot and give up on the fancier chemical formulations that are trying to kill us. SO SO glad you are OK and that family was around to take care of you while you spiralled in and out of Mindy-land. (I also love that show..what a way to go, if you had to go.)
August 8, 2014 at 8:32 AM

Ms. G said…
Oh wow! That sounds terrifying. Glad you got through it okay. Thank you for reminding me I haven't taken my meds yet. And I forgot to yesterday. Was is it with husbands? Mine would have told me it was because I haven't been taking vitamins. Also, officially love you sister. 'At least your not pregnant.' One of my favorite resources.
August 19, 2014 at 8:01 AM