March 19, 2014
I'm still feeling a little too scattered to nail myself down and do a book review post, but here is a quote that I loved from a book that I loved - Ophelia and the Marvelous Boy by Karen Foxlee:

"And you might think a name is just a name, nothing but a word, but that is not the case. Your name is tacked to you. Where it has joined you, it has seeped into your skin and into your essence and into your soul. So when they plucked my name from me with their spell, it was as heavy as a rock in their hands but as invisible as the wind, and it wasn't just the memory of my name, but me myself. A tiny part of me that they took and stored away."

I think this is a lovely description of how people really grow into their names. And why it seems so weird that we get to pick names for our babies. And why it's so jarring when someone changes their name.

A couple of weeks ago, when I was stuck in a deep hole with nothing but dirt and black water everywhere I looked, Clara sent me a card with a chickadee stamped on it and said nice things about my writing and made me cry cleansing tears while smiling. Clara is beautiful and smart and articulate and has a finely pointed and delicately skewed wit, and the fact that she considers me a friend makes me feel rich beyond measure. 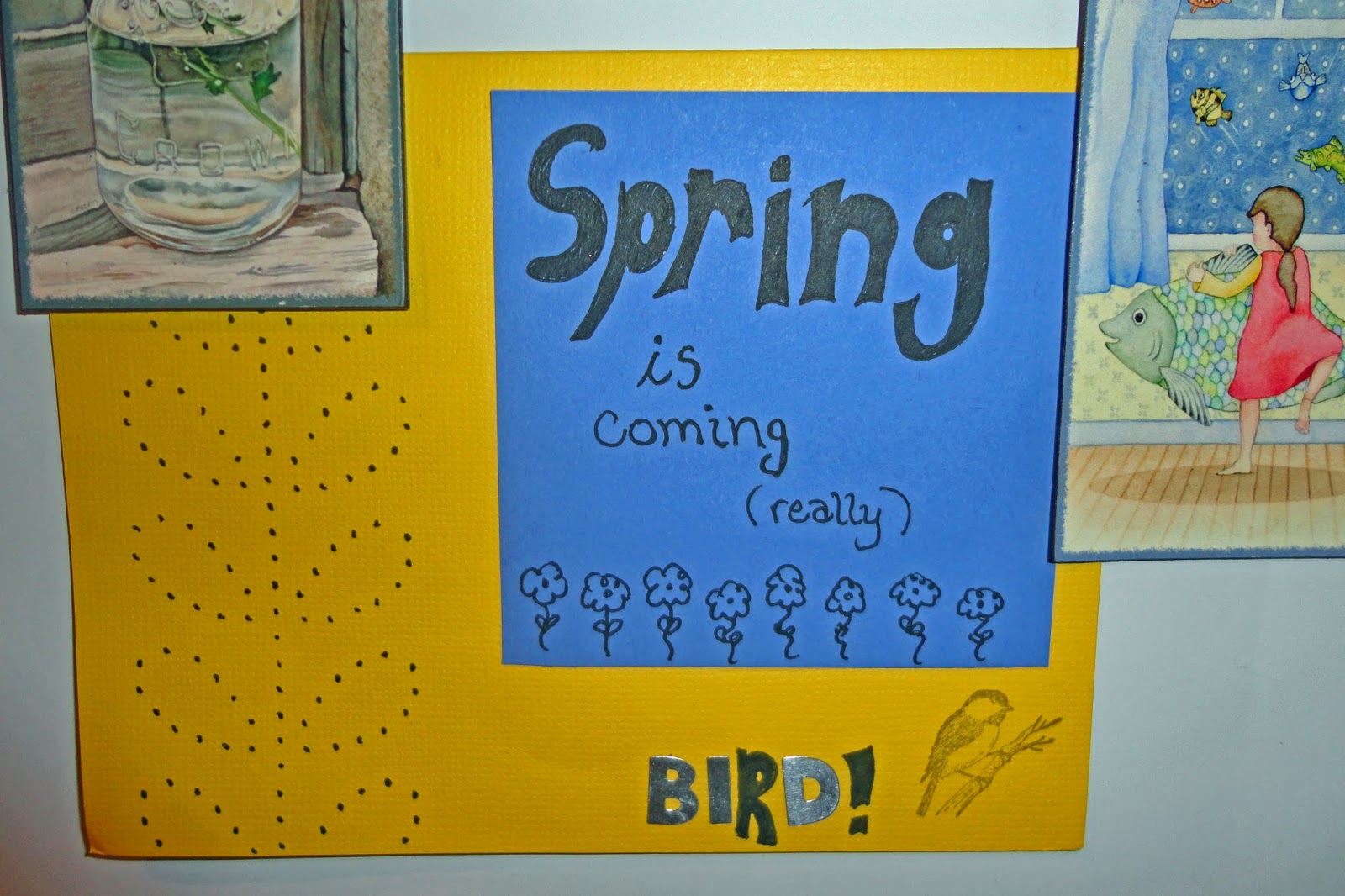 During March Break, Nicole sent me chocolate covered pineapple daisies and strawberries because she knew I was feeling down. My kids said "why did your friend send these?" (around a mouthful of chocolate and strawberry) and I said "duh, because she's freaking awesome. She can put both legs behind her head and make cheese out of cashews". They were suitably impressed.

This brings me to my mini-epiphany which plunked into the middle of my mini-breakdown like a gold nugget into a mud puddle. I was in that joyless place where every time you read about something great that's been done or happened to one of your friends, instead of just feeling happy for them, you wonder why on earth they still associate with such a complete waste of breath and skin. I was on the verge of shutting down my Twitter and Facebook accounts and crawling into the downstairs storage closet with a blanket and a box of Joe Louis. Then I paused (and not only because I would have had to clear out thirteen pairs of outgrown running shoes, a stack of Eve's old paintings and a never-used sewing machine in order to make space for myself in the closet). Hmm, I thought. These people are awesome. These people all like me, unless they are remarkably accomplished liars. Maybe I'm NOT a complete waste of breath and skin. Maybe I'M awesome and I'm just not able to see that right now.

Either that or I'm some kind of group charity case, and hey, I'm comfortable with that, if it makes them feel good about themselves. 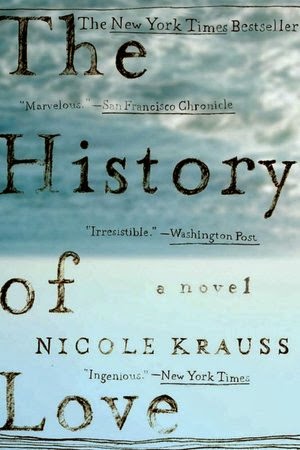 Yesterday I went to shelve books at the library, but all of my kids' former and current teachers kept coming into the library and I was so busy socializing it took me twice as long to get all the books put away. When her French teacher, a gay French man that all the kids adore, had a heart attack and was out for a few months when Eve was in JK, I sent him a get well card and a book. I had no idea if he'd ever read it, but books are kind of what I do, so. A couple of years ago he came up to me while I was working the book fair and said he wasn't sure he'd ever thanked me, and he hadn't read the book yet but had lent it to several friends and they all said it was wonderful and he should. Yesterday he said he had started reading it and it was kind of making him confused, but he loved the young girl and the relationship between the old men and was sticking with it. Then we talked about books and book clubs, and then we talked about Katy the library tech setting him up with her daughter's boss who's an allergist, and asked if he had allergies and he coughed theatrically. I said he should fabricate some severe food allergy so it would be an emergency, and he pantomimed fainting into the doctor's arms. It was fabulous, especially because I always think that when a lot of these teachers see me still there they must think "does she not have a job YET?"

Look at me, looking on the bright side of life. *blows kisses to all of you*

Kim said…
1. Prepare for me to look a little stalkerish because I see there are four posts here in feedly and I am going to read them all tonight.

2. I think these times of feeling like various metaphors for crap come to everyone and I am really glad you are able to write it down and get past them. And I am very glad for Clara and Nicole and everyone else who made you feel loved while you were in the dumps.

3. For what it's worth, you are awesome and I can see it from many klicks away. It is practically steaming away in this polar vortex. It'll show itself eventually.
March 19, 2014 at 7:24 PM

Also, I LOVE that quote from the Ophelia book. Is it a kids' book? Not that I care. Am totally putting it on library reserve now. The older I get the more I realize I like books that are focused on gentle magically-real mysteries. This seems perfect.

And on a related note, The History Of Love used to be my most favourite book of all, and it still ranks number two but was recently passed by Come Thou Tortoise, which you recommended, which is the Most Perfect Lynn Book Ever. So not only are you an awesome socializer, thoughtful student-parent, sweet, and funny, but ALSO are a natural librarian and book recommender.

StephLove said…
I am glad you are seeing wonderful things now. I hope there are many more in the coming days.
March 20, 2014 at 1:57 PM

Nicole said…
OMG, Allison. You are awesome. You really are, and you are beautiful and smart and so very kind. I love you with big puffy pink hearts. I love you the way my kids love Minecraft. You are truly an amazing person and if you would just MOVE TO CALGARY ALREADY DAMMIT we could hang out all the time. I have to convince Hannah to move to Calgary too. For some reason it's hard to convince you two to do this. It's never hot OR humid! We have the Stampede! And...I don't know what else. xoxoxoxo
March 21, 2014 at 11:30 AM

Pam said…
Adding my love to the love-fest. You are wonderful and awesome, just the way you are. My life is richer for knowing you. Xoxoxo
March 22, 2014 at 9:41 AM

Anonymous said…
1) That is a marvellous quote. And I'm not just saying that because it validates the agonizing weeks I've spent trying to nail down the names of some characters (because NAMES MATTER, and since it appears I'm not the only one who thinks so, I guess I can officially stop berating myself for spending so much time thinking about them.) So thank-you.

2) That looks like a marvellous book. Which seems to be on my to-read list already but I'm pretty sure that's because that was the first thing I did after reading this post. So thank-you again.

3) I always feel a bit blind-sided when I read someone who is totally awesome, who is loved and admired by the people around her and little wonder because she's just got this amazing buoyancy and sense of humour about her, talk about feeling like shit. Because clearly, the rest of the world thinks (knows) you're awesome, how could you not know that? But when you write about feeling that way it gives me hope that just because *I* feel like a complete and utter unlovable loser that maybe my point of view is slightly skewed. Maybe. So thank-you. Again.

PS if you do disappear from Facebook and Twitter, be aware that we now know where to find you, and will be sure to show up, with Hagendaas and enough spoons to go around. #justsayin
March 23, 2014 at 5:40 PM