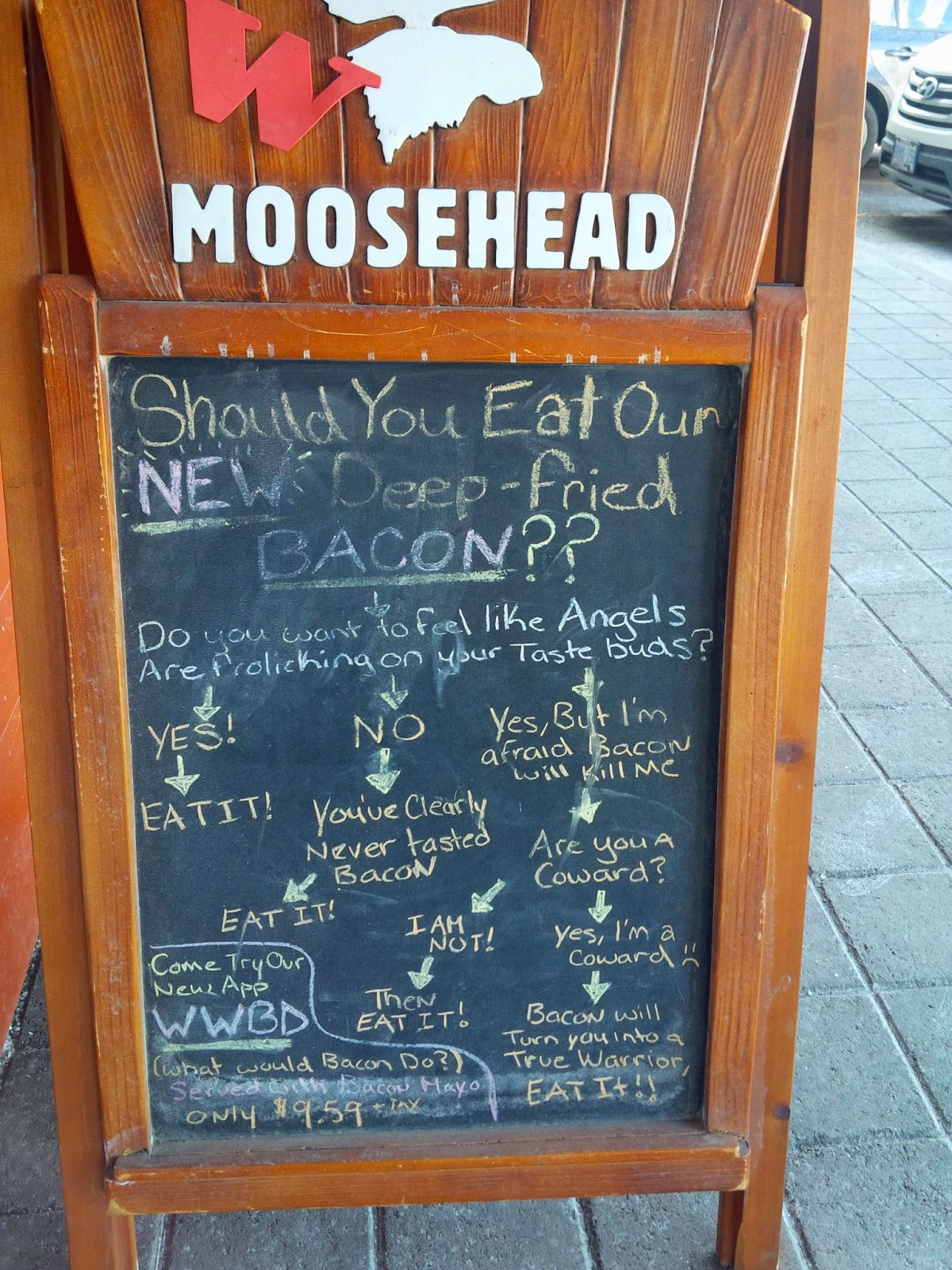 Pam and I went to The Works for lunch today. This was the sign outside.

Okay, so I've got this lingering tubercular cough (a guy in one of my graduate seminars called me Violetta or Camille interchangeably for one whole semester). I can't really use my CPAP when I'm coughing. My husband took off for San Francisco for March Break. And it's fucking cold.

So much for the suckage. Here is the good stuff:

I watched the hilariously inappropriate and inappropriately hilarious movie The World's End with the kids. Once Angus knew it had people from Shaun of the Dead in it there was no other movie happening that night. It was awesome. Please don't tell Children's Protective Services.

We went tubing to the same place we went last year. It was a little warmer than last time so the tubing conditions weren't as perfect, but we still had a blast. I love how our giant boys turn totally goofy on the hill. I loved less when I heard my friend's son coming up the hill saying "let's get Mom and Allison, they'll make us go faster!". Humph. It was so warm before lunch that we were all stripped down to t-shirts and tank tops, desperately looking for a good place to wire our tags to because wearing jackets was unbearable. As we were going in for lunch, Eve said "I don't care, I'm taking everything off when we come back out", and Collette and I did a hilarious "naked tubing? Awesome! Maybe leave on your hat, it'll make it easier for us to find you. And socks? The snow will be cold on your feet" routine that Eve didn't think was fun at all - she said she hated us and stomped away. These are the moments that warm a mother's heart. Our friend Dave is also an awesome tubing companion - he's tall and big, and he pushes really well and then jumps in his tube or just jumps on top of everyone else, and it all generally ends in snowy ridiculous carnage. 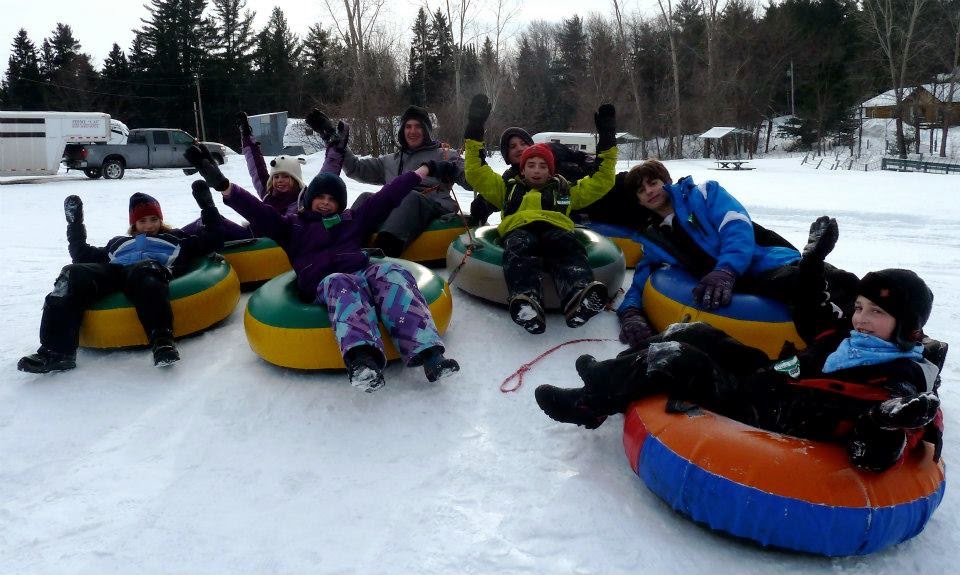 We went to see Spamalot at Centrepointe Theatre. It was snowing all day, and in the afternoon my father called to demonstrate his love and concern by saying "It's absolutely stupid driving anywhere in this weather". So if you talk to my parents, we didn't actually see Spamalot at Centrepointe theatre, because we wanted to be smart and stay safe, even though it's only about a fifteen minute drive and it was really just blowing snow, the roads weren't all that bad at all. At least that's what I heard.

We went to the dentist. It was uneventful, except when I opened my wallet to pay I had no credit card or debit card because I had stuck them, along with my driver's license, in Eve's jacket pocket for tubing. You know, so I wouldn't lose them. Except now I didn't know where they were. The receptionist was really nice, she said just to call from home once I found my credit card. We went out to the van and they were lying on the console above the radio. Then I went grocery shopping and totally forgot to call, and come to think of it, I'll be back in a minute.

Eve went skiing with friends on Friday. Angus and I hibernated - he seemed to really need a break this week, so I didn't bother trying to excavate him out of the basement too much when we were home.

I'm not sure what happened on the week-end. Matt got home and then it was all a blur. I slept and read a lot and continued to not-blog.

Okay. Now that we've established that I can still type, I will try to come back tomorrow and talk about some issues and be coherent and analytical and shit.
bacon Fabulous people happy days

StephLove said…
It's good to see you back.

Julie said…
how was spamalot?

Nicole said…
I've been meaning to try tubing since last time you talked about tubing and I still haven't! It looks really fun. I will have to try it - but I guess next year because the snow is melting. Remind me?

Kim said…
Not-blogging is a time-honored pastime of bloggers and I am a pro at it myself. I don't even have the excuse of March Break.