November 02, 2013
Last year (when she was the biker) and this year, Eve decided fairly early exactly what her costume would be and pulled together all the elements herself - well, I did order her biker boots online, but come on, how could I not bring the awesomeness of Eve together with the awesomeness of biker boots, given half the chance?

It was a leather vest in her closet that inspired the biker costume. I'm not entirely sure what set her off this year, and truthfully I found the whole thing a little bizarre, but she was enthusiastic enough beforehand and convinced enough that it was 'epic' when it was all finished that I decided not to intervene. I've always said that costumes pulled together from stuff you already have are better than costumes you buy. Right?

For your viewing pleasure, my daughter....... 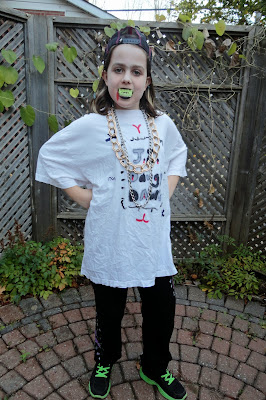 ...named J.Z. Dawgy Dawg. (I suggested J.Z. Bitey Bite as an alternative. She was unimpressed.) 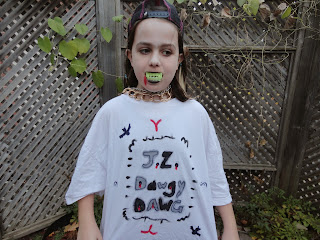 For the Halloween party at our friends' place, I was going to just wear pajamas. Eve vetoed that handily. So I found some zombie stuff in our costume box. But the day of the party I just couldn't face the thought of plastering myself in zombie make-up. So I found a blue dress and put on some blue lipstick and made this sign. 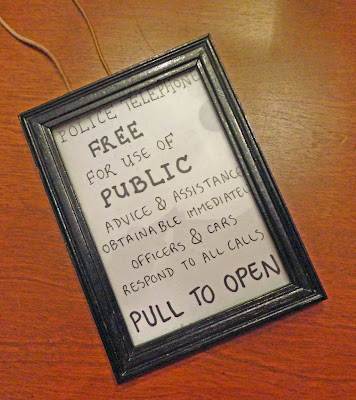 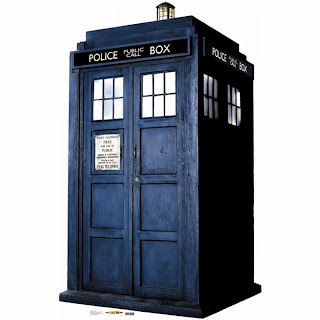 Yes, I did give some thought to whether proclaiming myself FREE for use of the PUBLIC for the evening, and inviting all and sundry to PULL to OPEN (have you SEEN the crowd I hang around with?). As it turns out, there was one ten-year-old boy dressed as The Doctor who kept trying to get inside me all evening. It was slightly inappropriate and yet adorable and hilarious. 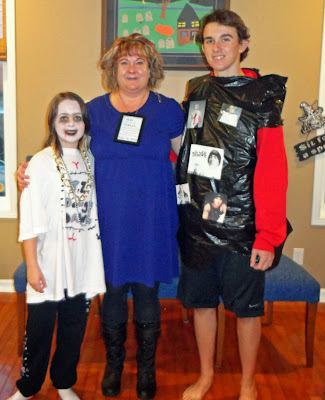 Angus was a bag of Eminems. Matt was in France.

I know. I'm surprised Eve consented to be photographed with us.

Shan said…
Love the costumes. And there is no way you could have talked me out of wearing my jammies. You're a good sport.
November 2, 2013 at 9:02 PM

StephLove said…
The extent of my own costume is usually to make sure I'm wearing something black. At the parade I wore a black turtleneck and jeans. My handing-out-candy outfit on Halloween was a black cardigan over an orange t-shirt and a denim skirt.

Lynn said…
Toooootally wearing jammies for Halloween next year. That is brilliant. I can't believe you gave it up (although, I have to say, I love that blue dress on you!).
November 3, 2013 at 6:31 AM

Hannah said…
These are all wonderful costumes. The Bag of Eminems is especially brilliant.
November 3, 2013 at 8:06 AM

Magpie said…
really fun - all three of you. i do kind of wish i were in PARIS though.