The weather cooperated. In the game against Glace Bay, in the final inning with two out. Angus is trying to catch a pop fly. Caden (the left-handed pitcher) thinks he might have to help. 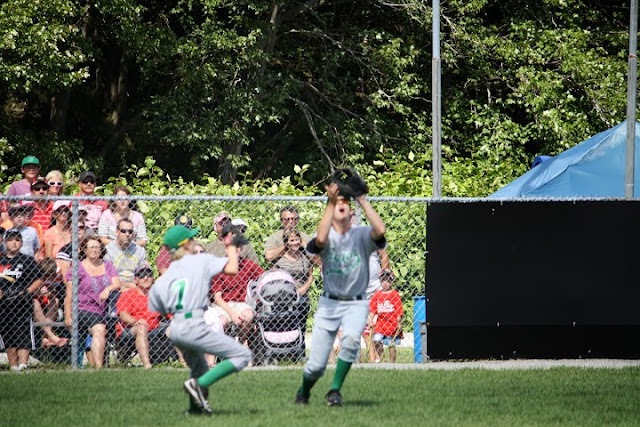 The situation rapidly devolves to the point where Caden might NEED help. 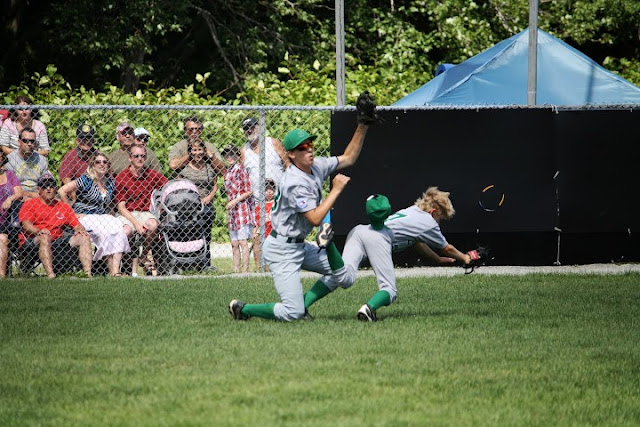 Afterwards, Caden's mother asked Angus if he was okay. Angus said  "I think the better question would be whether Caden is okay". 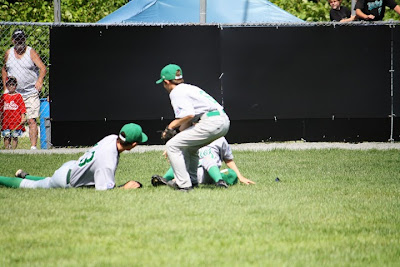 Dave Legault (the team clown) runs to help. But not to see if the boys are okay - to hold up Angus's glove, showing the umpire that the ball is in it and that the final out has been accomplished. 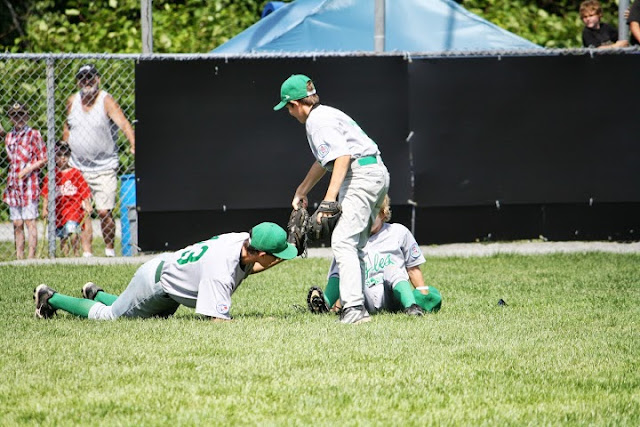 And suddenly everyone is feeling fine. 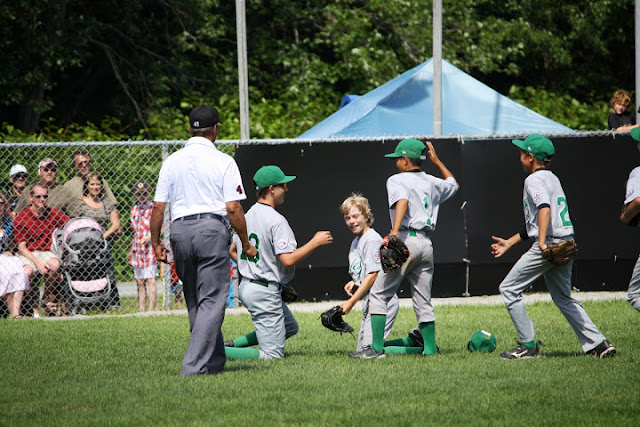 Back to Dave Legault, whose mother Rhonda is a really good photographer. Considering her son's expression in these photos, after we beat the BC team (even though all of us went through this whole season with THE BC TEAM ALWAYS WINS CANADIANS tattooed on our brains), it's a good thing. 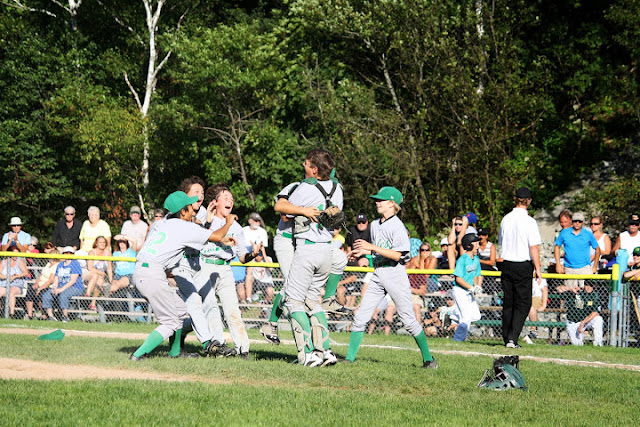 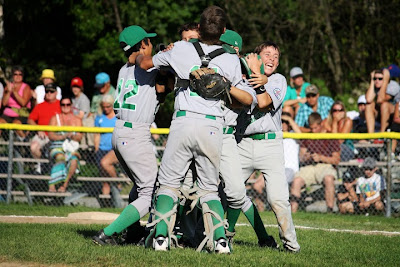 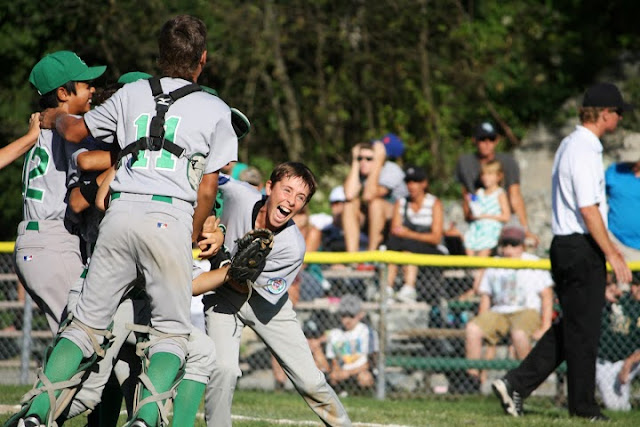 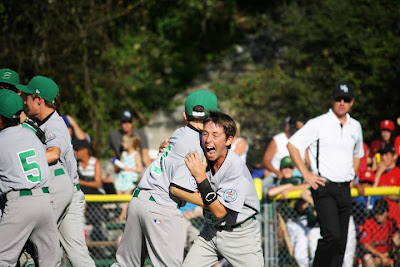 Here's Angus - a little less demonstrative, but the feeling is still there. 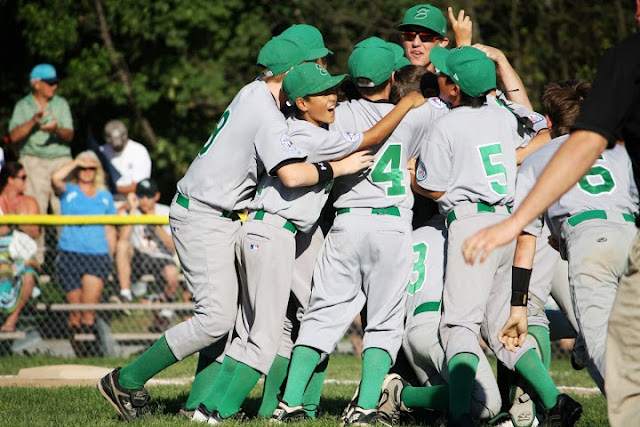 Sasha said…
Finally getting caught up. If I was more organized and/or had a memory that lasted longer than 30 seconds, I'd have more to say (probably about one of the many clever/sassy things Eve said or did), but I think I'll just stick with this: that coach sounds AWESOME. Like, I want to hug him now.
September 2, 2013 at 6:20 PM

Cynthia said…
Awesome photos! These caught the moment. You should print these and hang them somewhere.
September 9, 2013 at 11:18 AM