November 03, 2012
These are the elements for my appetizer for our couples dinner party tonight. And yes, I do realize all of my posts have been exceptionally frivolous and self-absorbed lately, and yes I realize there are things going on in the world that could be addressed. But right now I need to go shower and get dressed and it's NaBloPoMo,  and I made a donation to the Red Cross, so cut me some frickin' slack, okay?

As many of you know, I'm a little off my game at the moment, and I may have been a little overly adventurous with my attempt at the chicken recipe. I wanted to try to make something that would use a sauce that resembled the spicy hot chocolate I had in Montreal at juliette et chocolat. I found a chocolate curry recipe, with cut-up chunks of chicken, but I wanted something a little more elegant, so I altered the sauce recipe slightly, then found a recipe for cocoa-chili rubbed chicken breasts, which I plan to slice up and drizzle the chocolate-curry sauce on. The chicken breasts turned out okay - not fantastic, but okay - but the chocolate sauce with the chicken was just not quite right. I tried the chicken with the sauce drizzled over it with a sprinkling of demerara sugar and cinnamon, and that was better. And I'm out of time, so it's what we're going with.

I also made coconut orange cashew rice. I mixed in some Thai purple rice with white basmati, thinking it would be a nice contrast. Then I realized that I was pouring liquid in with it, and thinking the white rice would stay white was purest idiocy. Oh well - Eve has already had a bowl of the purple rice, which she thinks is fantastic. 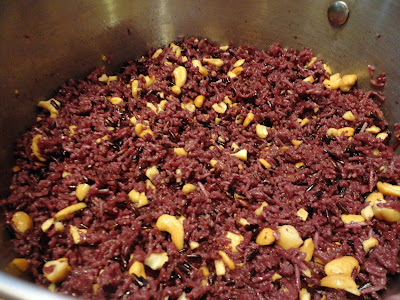 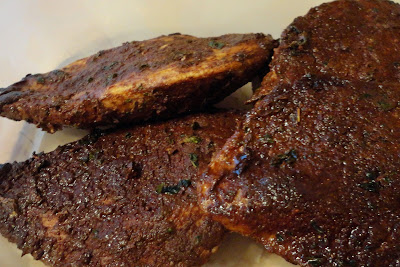 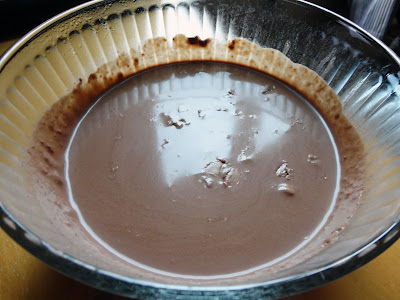 Wrath Of Mom said…
You say frivolous like it's a bad thing. What's up with that?