May 08, 2012
Eve stayed home sick today. I seem to have this weird problem where I regress back to when she was two years old and sick, and I would have to spend all day cuddling, consoling, entertaining, making her drink and helping her blow her nose (you know how kids can't blow their noses for shit? She would blow through her mouth with a TOTALLY CONVINCING noise and I was convinced she was a snot-expelling genius, until my husband clued me in. Whatever. She was a fake-nose-blowing-prodigy). At this point, she really requires almost no attention. She reads, watches tv, blows her nose on her own (kind of pathetically, actually, since she doesn't feel the need to fake the noise any more). I could easily go about my business - write stuff, clean stuff, organize stuff - but instead I wander around aimlessly asking her if she needs anything and getting nothing done.

At least she's entertaining. She was lying on the couch and I was enjoying the novelty of having The Wizards of Waverly Place and Hannah Montana on during school hours, and then REALLY enjoying the badass cynical edge Eve was displaying while watching.

After an episode of Zoey 101, in which a former bully returns to school reformed and spends the episode convincing everyone he's changed: "Well that's not right. He SHOULD have been drawing them all in to believing he was good and then turned out to still really be bad."

Switching the channel from That's So Raven: "This show is so stupid. You'd think that after the twenty-fifth time she does this she'd realize that she's ALWAYS totally WRONG about what the vision means. Clue in to reality, people!"

Then she said "me and my snotty nose are going to take a shower." She went upstairs dragging her blanket, then called down that the blanket was so fuzzy she had accidentally lain down in the hallway and was having trouble getting up. I offered to come up and take her picture, which got her into the shower.

Now she's upstairs reading Catching Fire, but she has to come down every few minutes because it terrifies her until her hands shake. Which - wait - I'm a fucking idiot and I should go upstairs, right?

Anyone need a kleenex? 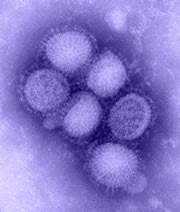 Wrath Of Mom said…
My kids were sick today. But not the cuddle on the chesterfield kind of sick. Instead I was passing them vomit buckets & screeching to stay off carpeted areas and steer clear of upholstered furniture. Hope she feels better tomorrow.
May 8, 2012 at 8:03 PM

Amber said…
Hope she feels better soon. I love reading all of your posts and seeing these glimpses into your relationship with your (older than mine are) kids.
May 10, 2012 at 6:52 PM