April 19, 2012
In truth, I am not the least bit surly today. I got up and got the kids off, went for a lovely walk in the sun, got a few groceries, put some pictures in frames, and finished my exam. Matt gets home tonight and I'm going to a book launch tomorrow night with Pam and Denise. I also don't feel like the world is an inescapable vortex of cruelty and pain at the moment - it's a little thing, but it's a nice thing.

However, for you, dear readers, imaginary though you may be, I will happily recall some random surlinesses of the past few days? What was it that Wordsworth said? Something about extreme, eye-stabbing, ball-hoofing bitchiness recollected in tranquility? (I'm probably paraphrasing). I've been saving up my pet peeves for one of the Scintilla posts I missed anyway. Hence:

1. My exam. Specifically, my utter inability to grasp the inner workings of the Dewey Decimal System no matter HOW HARD I try. I took a first pass at it yesterday, then fed the kids supper, and when I went back less than an hour later I was already incapable of figuring out how I got the answers the first time. It's literally as if my mind gets wiped every time I look away from it. In one case, I got all excited thinking I'd figured out the way to get to a particularly complex number, which I had; however, when I looked at the answer I'd written, I realized I had ALREADY found that same complicated technique, TWO HOURS EARLIER.

Seriously. I'm like a monkey trying to make baked alaska.

2. My fingernails. They're weirdly shaped so they don't grow nicely, they turn into these ugly widely-splayed shovel-type things, and I can never cut them properly so when I can't sleep or when I'm reading I'm constantly feeling these weird edges and I can't stop rubbing the next finger on them or they catch on my clothes and it's EXTREMELY VEXING.

3. The number of things on my body that rest on other parts of my body. It's unsettling. 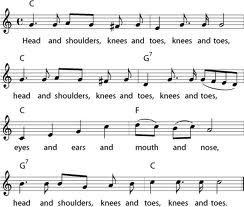 4. My head felt like it was in a vise all day Tuesday. My shoulder is acting up (old bookstore injury). I'm still doing physio for my patellar tendonitis. Head, shoulder, knee.... expecting a catastrophic toe injury any day now.

5. Water in my ear. My Dad always told me to stand on one foot, tip my head over and jump up and down to get it out. See number 3 - I'm worried that my house isn't structurally sound enough to withstand this kind of action on my part.

6. E-mail scams. Not on my own behalf. I just find it amusing when get emails that are purportedly from my child's Irish dance teacher or a long-lost relative or a Nigerian prince asking for money. And those tear-jerker ones that ask you to forward them on because some little cancer-stricken waif or brave soul with terminal Eyelash Disease will get money for every forward? Well, I know those are fake. Unfortunately, my daughter and her tender-hearted, soft-headed little e-mail demon friends don't. And when my daughter, as I'm trying to tuck her into bed, suddenly starts sobbing about some poor little girl from Texas whose arms and face got burnt off while she was in Wal-Mart with her brother who was buying her a birthday present, and I have to explain to her what snopes.com is, and how if somebody lost their little girl in Wal-Mart during a fire they would PROBABLY check all the area hospitals and not wait until 'the hospital called them two days later because they found the little girl's name and address in her purse', well, I get a TAD IRATE. Whatever asshole thinks it's fun to send these little pieces of idiocy out into the world like some twenty-first-century stupid-ass version of a message in a bottle is in serious need of a new hobby.

7. Titanic hysteria. Fine, commemorate the anniversary. With some respect and decorum, maybe? As one of my Twitter friends said, "it's not a romantic story - a shitload of people died". My daughter, who is nine, put it pretty well: "I got this book about a little boy who had this stuffed bear on the Titanic. It's a true story. There are a lot of true stories about the Titanic. Well, but, there are a lot of lovey-dovey stories that aren't true. It's called historical FICTION, people!" (Too bad she's not as discerning about maudlin email stories).

There. Surly enough for you? Surely? 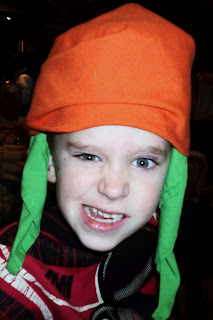 if you can't say anything nice come sit by me rantz

Anonymous said…
Dewey Decimal system = proof that math can take the fun out of everything, even reading. "It's not a love story - a shitload of people died." Best Titanic tweet ever.
April 20, 2012 at 4:56 AM

Nicole said…
I find email scams amusing too, but then, my kids don't read them.

You know what I find annoying? We're having a provincial election and every day we get many, many automated phone calls. "Hi! This is Robin! I'm alarmed at the state of Alberta!" At all hours. SHUT THE FUCK UP. I'm at the point that I always get to in elections where I want to stab anyone who talks about it and also I want to burn down the legislature with all politicians inside.

Maggie said…
I (frequently) experienced an issue similar to your issue with the Dewey Decimal system when taking accounting. Called it Teflon brain because things absolutely refused to stick. It was like every time I looked at the problem set it was something I'd never seen before. What the hell? UGH.

Regarding spam email forwards, I must recommend this website that deconstructs and renders them completely hilarious: http://payitfwd.wordpress.com/
April 20, 2012 at 2:11 PM

Rachel Cotterill said…
I can't remember how the dewey decimal system works, but I remember being taught it at school. I think there was a lot of looking things up in big long lists.
April 22, 2012 at 3:14 AM

Ms. G said…
Aw, poor Eve :( Email scammers just took on a whole new level of suck to me. My youngest had a maudlin obsession with the Titantic when she was in elementary school. Even when she was 7 she knew there was nothing romantic about it. I once caught her holding her hand in ice water to see what it felt like to the people in the water. Now she won't watch the specials anymore because she gets so depressed. Creeps me out-juust a liiitle..; )
April 22, 2012 at 5:45 AM

Magpie said…
i had not considered the fact that my child would one day get internet spam and BELIEVE IT. but it will totally happen.

Sandra said…
I can give you one tip: get your nails chelaxed (I'm sure I spelled that wrong) but when you get a manicure, get them to put this special gel nail coating. Your nails will grow out beautifully. You're welcome. Can't help you with the water in the ear thing. Sorry.
April 22, 2012 at 11:54 AM

I was trying to ignore the Titanic thing. Mostly it worked.

Must say that I laughed uproariously at "a monkey trying to make baked alaska"? Because that's funny shit.

Lynn said…
Hey, we have that polar the Titanic Bear book too. I believe some distant relative of mine drew the pictures. I just about fell apart when the kid left Polar behind on the boat. They are LUCKY they pulled a happy ending out of their butt. LUCKY.
April 24, 2012 at 9:57 AM