Surly Tuesdays (yeah, I know it's Wednesday, FUCK OFF) 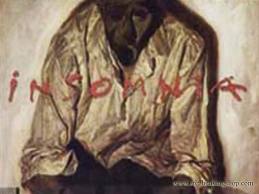 Yesterday did not start out well. I've been having absolutely vicious insomnia, that even breaks through my sleeping pill (which I only take occasionally, but when I do it generally knocks me right out). I turn out the light and lie down and I know within ten minutes that I'm not going to sleep. Sometime I turn on the light and read some more, but sometimes I slip into this state where I'm too tired and achy to get up again but not enough to fall asleep. 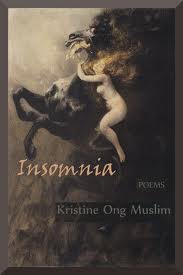 Because my husband is sweet and considerate, he often takes the kids to school when I've had a crappy night like this. This would seem to solve the problem, but it doesn't really, because what happens is that I slip into a deep, deep, BOTTOMLESSLY deep sleep around four or five in the morning, sleep too late, still wake up in the middle of a sleep cycle and feel like.... big chunky bile-green chunks.

So I started the day feeling like I was late for everything (because I was, also 'everything' wasn't anything scheduled or formal or official), and I was feeling aimless and out of joint and despondent and despairing. A few years ago, I would have just mooched around the house until it was time to go get the kids. But now I have Twitter. Twitter, which I said I would never use. And it changes everything on days like this.

I have a great friend who lives next door, and she dispenses hugs upon request. But she works Tuesdays through Thursdays. A lot of my friends work full-time. Pam is generally available, but she was skiing with the school ski club. And sometimes I need someone to tell me that I don't suck, and that things will get better, and that everyone has days like these, and when I need it, I need it immediately, if not sooner.

So thank-you to Hannah, Sarah, Mary Lynn, Nicole, HappyGeek75, Marilyn, Kerry, VelocibadgerGRL and Clara (especially Clara - she used props) for being there, and being sweet and funny and awesome. Because the kind of bad I was feeling makes minutes seem very, very long, and you all helped it go away.

Then Eve came home. Which also beats back the badness a fair measure, because, hello, this face? 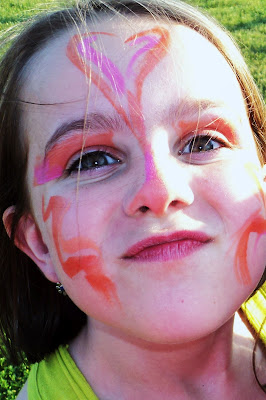 Then I took Eve to dance and went for tea with Patti and Susan and Helen (and Joelle), who also must be thanked (I didn't mean to make this post feel like an awards show). Because they wear Swedish ho hats and are witty and acerbic and Dutch Reformist and unsentimental and profane and they scare my husband when he goes instead of me because they are utterly insane, which is often exactly what I need on a Tuesday night.

Then I came home and decided that, since I hadn't really been very productive, I would take a crack at busting our sex drought (it's been a rough month). Because sometimes you have to get creative in order to ensure that, even if your to-do list is resolutely unchecked, at least one thing (or someone) gets done.
Eve of destruction favourites hear me whimper if you can't say anything nice come sit by me

StephLove said…
My mother has terrible insomnia, as do both of her sisters and it kicked in when they were older than I am now, so this is one of my worst fears.

I have two kids who learned to sleep through the night at five years-- yes, years not months-- and who are five years apart. You do the math. I hate, hate, hate being chronically sleep-deprived. This past year of getting close to enough sleep has been amazing.

Patti said…
Thanks for the kudos. You know, you're one tough broad. You fight dragons every day and win.

Helen Abbott said…
Isn't anyone going to point out that it's Wednesday? OK, I guess it'll have to be me. Allison, it's Wednesday.

Hannah said…
Insomnia is the worst. Sex droughts are the second-worst. Twitter is like having a therapist on speed-dial, some days. <3
March 1, 2012 at 11:56 AM

Mary Lynn said…
Only you could tell me to FUCK OFF in the title of a post and make me smile happily at the lovely sentiment.

Happy to have helped provide a Twitterish pick-me-up. Even more happy that your day steadily improved after that (and apparently your husband's day, too!).
March 1, 2012 at 12:44 PM

Julie said…
damn! i need to get onto twitter more often so i can get some kudos in a post.

hope sleep has returned. at least a drug induced one. everyone needs a solid night sleep at least once a month, right?
March 1, 2012 at 4:23 PM

Pam said…
Isn't the point of having a Surly day is that you can have it whenever you damn well feel like it and there ain't going to be no appology?! Besides, surly or not, I love you and you rock. It is now March and things are going to get a hell of a lot better, and we'll drink Margaritas until they do.
March 2, 2012 at 8:02 AM

clara said…
It's Friday! You made it!

Swistle said…
Whoa, Eve has FABULOUS eyebrows. I am envious.

I love Twitter for that. It's like having a coffee-and-doughnuts chat going on in the next room, and I can pop in and out as needed.
March 6, 2012 at 2:39 PM