Mondays on the Margins: Book Review - The Broken Teaglass

If you're an author whose first book is called Promise Not to Tell and the cover looks like this: 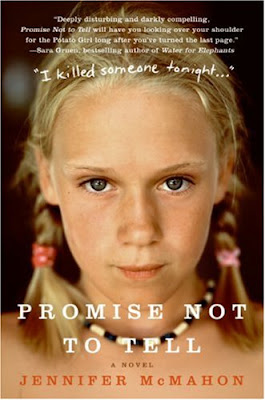 and then a subsequent book is called Don't Breathe a Word and the cover looks like this: 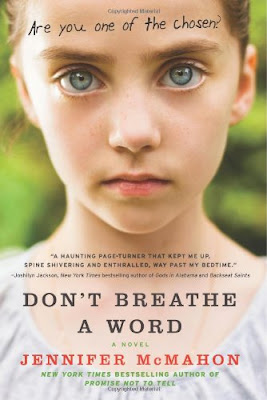 don't you think maybe you need to fire your editor?

I just finished The Broken Teaglass by Emily Arsenault. It was a quiet kind of mystery, sort of understated and faintly sad, but also quite original and thought-provoking.

I can't remember how I came across it, but what hooked me, not surprisingly, was that the main character works as a lexicographer, preparing citations and definitions for a new edition of a dictionary. The eccentric characters who work at the Samuelson Company are entertainingly drawn, and I love the descriptions of how new words or definitions are decided on, and how questions from the public are dealt with. Billy, the fresh-out-of-college protagonist, is unsure of whether he really belongs there. He finds a heightened sense of purpose when his colleague, Mona, discovers some citations in the files that don't seem to belong, but instead appear to suggest that someone who worked at the company previously has sown fragments of a mysterious narrative among the company's voluminous citation archives.

The developing relationship between Billy and Mona is sort of frustrating, but in a very realistic way - if this was a Hollywood movie, you know they totally would have ended up naked on a dining room table full of word citations. It doesn't happen that way in the book (for this I am thankful). There is also no point where someone "comes too close to the truth and discovers that the next victim may be closer than he thinks". I know it seems like I'm defining this book largely by what it's not - so maybe I am, shut up, it's my blog. There are also no zombies, but I'm not going to hold that against it.

-"Now that you've paused to look up lexicographer, are you impressed? Are you imagining lexicographers as a council of cloaked, wizened men rubbing their snowy-white beards while they consult their dusty folios? I'm afraid you might have to adjust your thinking just a little. Imagine instead a guy right out of college -- a guy who says yup, and watches too much Conan O'Brien. Imagine this guy sitting in a cubicle, shuffling through little bits of magazine articles, hoping for words like boink and tatas to cross his desk and spice up his afternoons."

-"I'd have preferred we didn't end the conversation there, with my morbid dental hygiene theory just hanging in the air. But before I could say more, she gave me a little wave and headed back to her cubicle, where she could think about how creepy I was for the rest of the morning."

-"Because I keep picturing all of the terrible ways this could end." "Like how?" "Well. Let's see. There's you getting fired. Or you ending up sleeping with the fishes in the Connecticut River. Or at the very least, Mr. Phillips being dragged away by a cop, shaking a fist and screaming 'And I would've gotten away with it if it weren't for those meddling kids!'"

-"How could I start disliking such a thing? Three innocent little letters, signifying something so basic, even charming: a small treasured object, a key. A tiny magical device that opens doors and old hope chests and secret diaries. Ah, and people's hearts! the more I thought about it, the more I grew to hate it. Key. KEY. KHHHEEEEEEY. I could imagine myself near-catatonic in a padded white room, hoarsely repeating the word, trying to clear the syllable out of my throat like a tenacious bit of phlegm."

-"Self-defense is an act that implies you have something valuable to defend. After the instinct, you begin to wonder. What, specifically, was I aiming to save? What, beyond instinct, makes life worth saving?"
books 2011

Wrath Of Mom said…
NO ZOMBIES? WHAT THE --

Mary Lynn said…
Okay, okay, I'm gonna shut up, but I'll just have you know I wasn't even going to mention that you were defining the book largely by what it's not.

Oh! And can I also just say (before I totally absolutely shut up) that I quite enjoyed this book review. You've made me quite curious about the book.

Rosemary said…
Even though I don't have the attention span to read books right now I still really enjoyed reading your blog about a book that I could be reading. And zombies scare me so I'm glad there aren't any in it.
September 27, 2011 at 4:10 AM

Nicole said…
I would not read those books strictly on the basis of the sad looking girls. THAT LOOKS TOO SAD, NO THANK YOU.
September 27, 2011 at 11:36 AM

Marilyn (A Lot of Loves) said…
I have a feeling that the author of those two books is probably a little disappointed in the cover art. I know I would be.

The Broken Teaglass sounds interesting. And it makes me think that I should probably write down the names of the books on my To Read pile because I'm never going to remember all 5,012 of them.
September 30, 2011 at 1:25 PM