August 17, 2011
I hadn't done the 1000 Islands Boat Cruise since I was about Eve's age and went with my parents. Our usual crew were 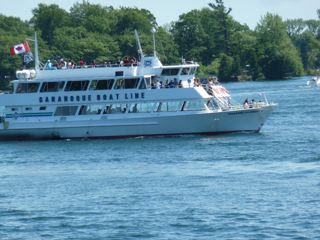 camping/cottaging nearby so we headed up to Ganonoque on the Saturday morning to meet them. Eve was all for the idea after she verified that the boat was big - she had a nasty almost-getting-swamped experience in a smaller boat while cottaging last summer and was not at all interested in facing her fears on that count.

The tour of the 1000 islands and the various stories of people who have inhabited them (there was something about a self-styled 'pirate' who died ignominiously by slipping on some water on his dock or something) was actually fairly interesting. For the adults. The kids were mostly interested in finding the best places to ride... 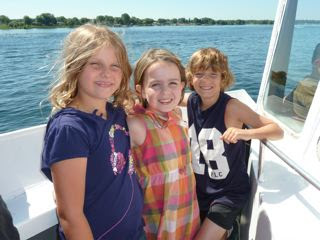 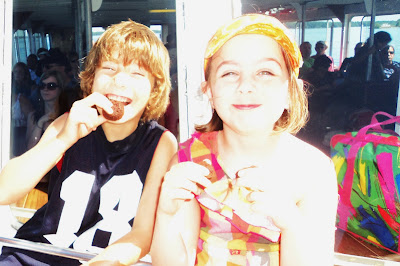 The tour we took stops at Boldt Castle.

This is just the boathouse: 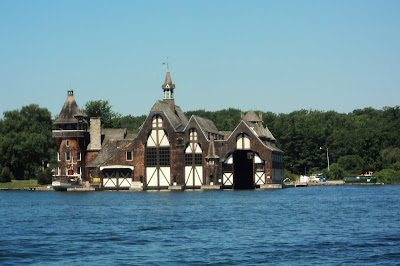 It's knock-your-eye-out architecturally, with a very sad story attached to it, about a man who was building it for his wife who died before he could finish it, so he left it unfinished. 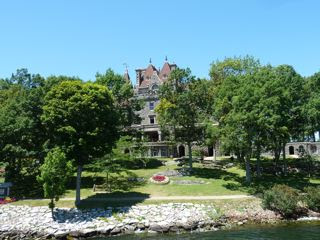 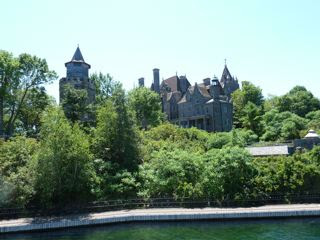 The kids enjoyed walking around the grounds 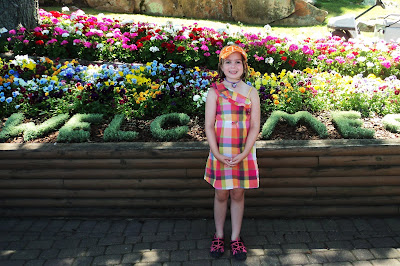 and exploring the castle, 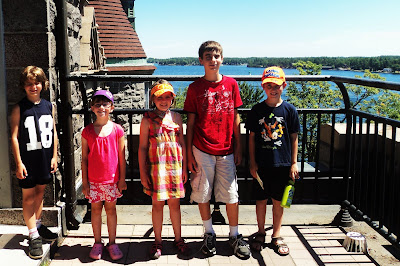 This was Eve's favourite part: 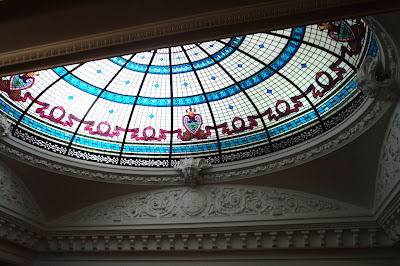 There are also many rocks which obviously must be climbed. And the obligatory ice cream and cheesy souvenirs. My daughter is the proud owner of a necklace with a magnet on it, to which one affixes a beer bottle cap. So proud. 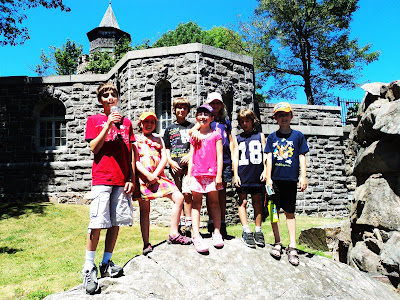 If you go, be advised that you need a valid passport for Boldt Castle (it's not strictly speaking in Canada), but not one that is more than six months from expiry (someone mentioned this figure to me at some point and it has caused me ALL MANNER of unnecessary anxiety). Also, if you want to sit on the top of the boat you need to arrive quite early, but on the return trip sitting on the top of the boat can be very hot. Also, the same trip that was new and exciting and required no additional distractions on the way there will now be four times as long and the slightest bit boring and may entail complaining about having to share a drink with certain other germy individuals, scaling of various marine structures and a wish that all electronic devices had not been banned and relegated to the cars left back in the parking lot. Just sayin'.

Also, not that I didn't appreciate him taking the picture, but he could have mentioned the bra strap. 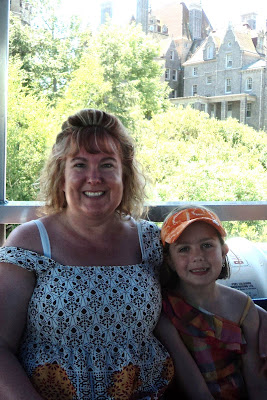 Eve of destruction summer of awesome

Alexandra said…
Oh my gosh. HOW BEAUTIFUL.
I want to do a cruise like this...I'm such a bad mom.

Ms. G said…
Hey! Ive seen that place. Or drove past it about a thousand years ago on a trip where we had hoped to stop but ended up being behind schedule and had to keep going. It's on our list of 'go back to someday'. The area was beautiful.
August 18, 2011 at 6:14 AM

Marilyn (A Lot of Loves) said…
But the bra strap adds the perfect finish! It sounds exactly like something I would love to do provided that I left the kids back on the shore.
August 18, 2011 at 8:22 AM

Betsy B. Honest said…
What a bad Canadian I am, I had no idea 1000 islands was off the St. Laurence.

On the up side I think I've cracked the dressing -- it's mayonnaise with ketchup and relish mixed into it.

That's why I assumed it was an American thing.

My husband wouldn't tell me if my bra strap was showing either. In fact, looking at that picture kind of makes me miffed at the huzzle for not telling me (hypothetically) that my bra strap might be showing in a similar photograph.
August 18, 2011 at 9:37 AM

Lynn said…
Excellent! Every time we go to Toronto (three or four times a year), we pass the sign for the 1000 islands, and I always make a vague hand-wavy plan to go there with the kids someday. This gives me something concrete to book. It's going on my Summer of Awesome list for next year for sure. Thanks!
August 18, 2011 at 1:48 PM

Sandra said…
The bra strap is sexy in a white trash sort of way ;)
I've done the Thousand Island boat tour. I much prefered doing it through your blog than in reality...in reality I got a sunburn and yelled at my kids.
August 18, 2011 at 6:43 PM

Alicia said…
Very cool and great review! I have yet to go on the cruise or any cruise in the area. I grew up on the largest island of the thousand islands (there's a trivia qustions for ya) and I had to take a ferry everyday so having to take another boat just seemed so lame. Now that I'm older and with child I really want to go!
August 22, 2011 at 8:42 AM