The Inmates Run the Asylum

November 25, 2009
Matt and the kids playing Cranium Cadoo (the juvenile version of cranium: you still have to do charades, or draw something to make people guess the clue, or sculpt things out of clay, but they're 'easier'):
"Okay, Daddy's drawing."
"What is that?"
"A tree?" 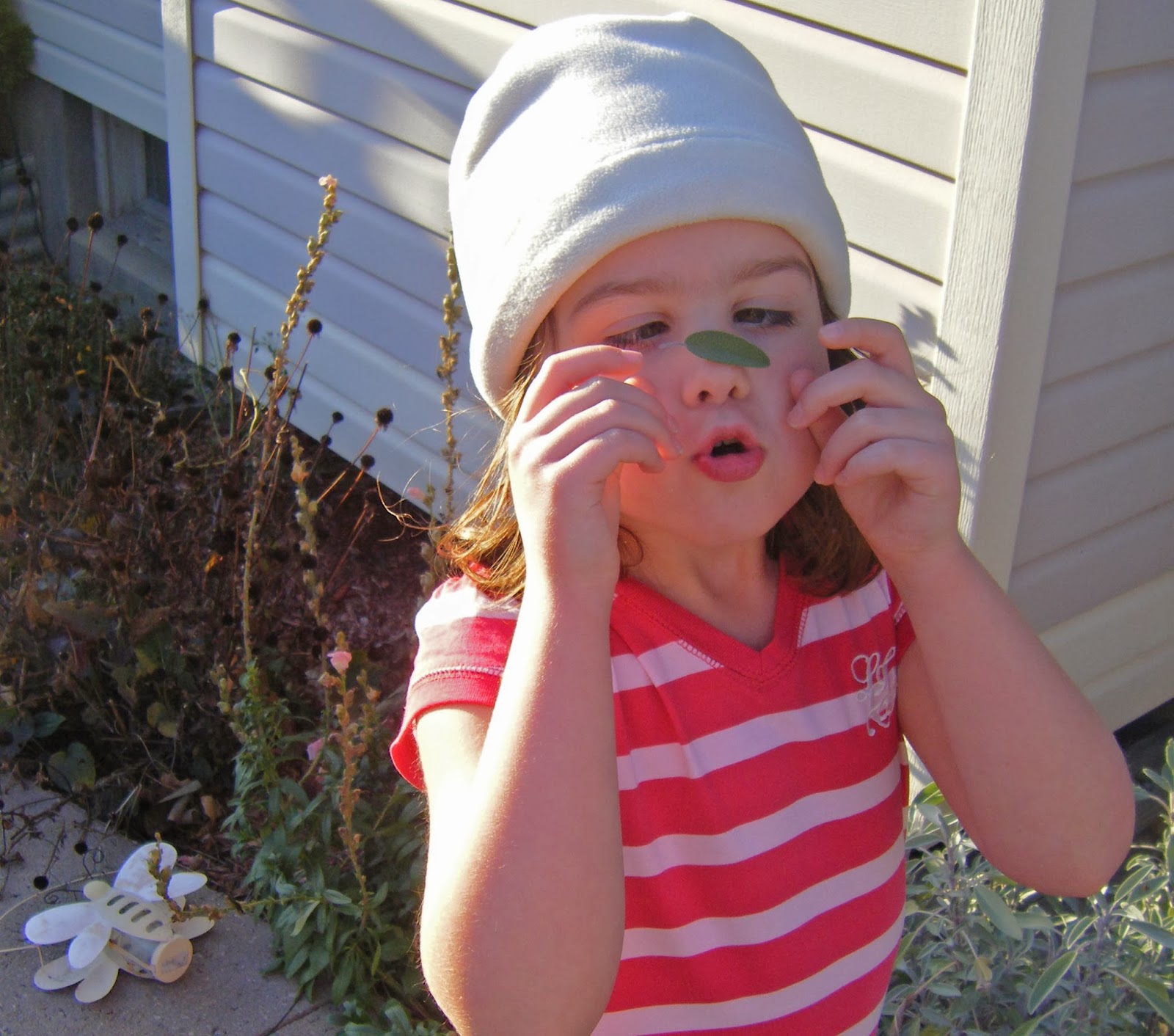 "A tree?"
"DADDY, is it a tree? No?"
"um, a baby tree?"
"a bird... in a tree?"
"a boy...climbing a tree?"
"time's up. What WAS that?"
"Jack and the BEANSTALK?"
"WHAT??? That's a BEANSTALK? And what's that?"
"The cow."
"..... BUT he gave the cow AWAY! And besides, it looks like a pig."
Children are merciless.
****************************
Dinner table conversation:
Matt: "are you nervous for your piano recital?"
Eve: "I'm just nervous that I'm going to do a mistake."
Me: "I did lots of recitals and I made lots of mistakes. Everyone does, it doesn't matter, you just keep playing."
Angus: "Who cares, they're all gonna clap for us anyway. Most of them are Grandmas, they don't care if we screw up."
Eve: "Maybe they'll throw flowers."
Matt: "if you're really good they throw underwear."
Me: (choking and looking disbelievingly at deliverer of unbelievably inappropriate comment)
Eve: (helpless with laughter) "UNDERWEAR??? Has that actually happened to you?"
Me: "NO. He's being a dork. Do not tell ANYONE... actually, go ahead and tell, make sure you tell them DADDY said it."
Angus: "My DAD SPECIFICALLY said..."
Eve: "Why would they pacifically throw underwear at you?"
Angus: "NOT PACIFICALLY. Well, unless you were on a boat."
Eve: "So if you really stink... no, if you're really good, they throw..."
Angus:"How would they get your underwear?"
Me: "I'm going to bed."
Angus: "It's only six-thirty."
Me: "Good night"
Eve: "Can I come?"
*************************************
We got Angus his own email address last night. He's incredibly excited. He's emailed our whole family telling them, and asking them to email him back. He also has one email address from a girl in his class. I explained to him that he doesn't need to tell them his email address, because it comes with the message and they can just hit reply. He said, "I don't think Amanda's that smart".
!!!!!!!!!!!!!!!!!!!!
Right after supper, he asked if he could go downstairs and email Amanda. Matt immediately said, "hey, the deal is we get to see all the email messages", and I immediately said "why downstairs? Is it a looooove letter?". Angus looked faintly exasperated and said, "No, I just didn't want to demand that you get your laptop out for me to use right after dinner!"
Matt and I apologized for being asshats.
Eve of destruction I feel weird Laird Angus McAngus wacky/whimsical

"NOT PACIFICALLY. Well, unless you were on a boat."

Carrie said…
Oh, I think I will get to enjoy conversations like that once my kids are older. Even now some of the stuff that comes out of my 3yo's mouth...I really need to start writing it down!
November 25, 2009 at 9:55 AM

Anonymous said…
You know that you have to bring some underwear to throw during the piano recital, now, don't you? Or, at least Matt does. Or you could throw a pair of Matt's. Either way, it's like your parental duty or something.
November 25, 2009 at 2:37 PM

Amber said…
Love this, kids are so funny. And I agree with the other Amber above, underwear now have to be involved. Maybe a new pair for each kid? Throw them at them in the car on the way home.
November 25, 2009 at 7:38 PM

Bibliomama said…
Oh crap. I hadn't realized that, but you're totally right. Underwear must be thrown.

Anonymous said…
OMG, I totally embarrased myself by laughing out loud, including snorting, at work.

It helps that I can imagine how totally oblivious Mat was to the dirty looks you shot him.